spionage was and is a dangerous business. When the American colonies seceded from Great Britain, intelligence-gathering networks received primary attention on both sides. At the beginning of the conflict in Boston, the Sons of Liberty infiltrated the highest level of the royalist leaders in the city. Men such as Dr. Joseph Warren and Paul Revere kept contact with maids, cooks, shop-keepers, and tavern-keepers whose commerce with the British troops provided all kinds of useful information. As the war moved away from Boston in the following year, George Washington, whose great fondness for spies and secrecy is now well known, received sensitive intelligence from his own network. His English foes, however, were even better at it, due to Tory complicity, as well as professionals whose descendants would make MI 6 in the twentieth century a byword among international espionage agencies. 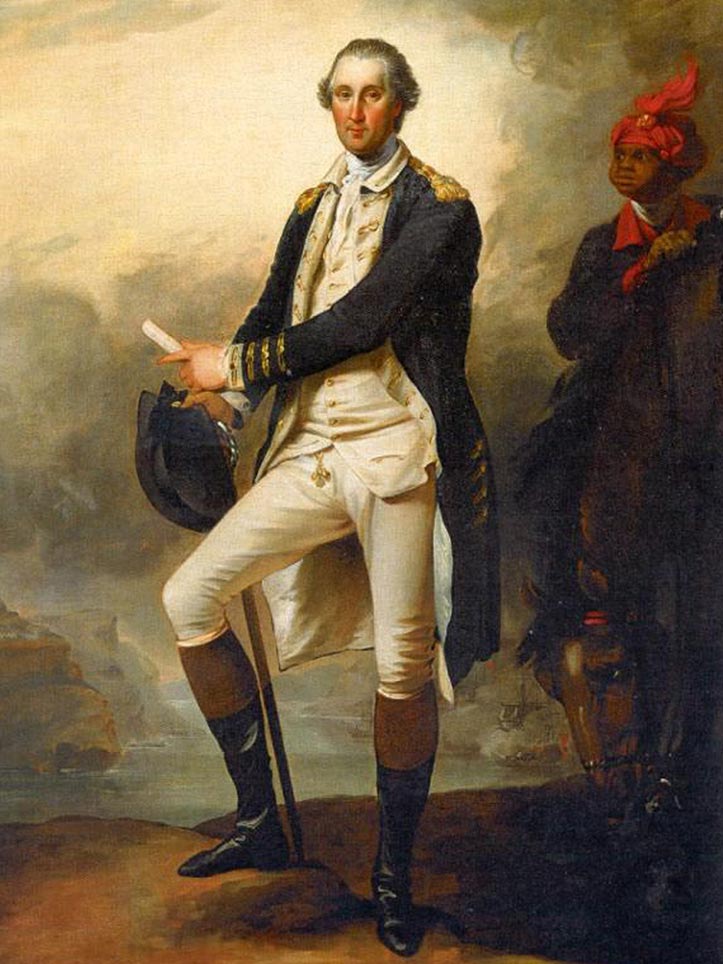 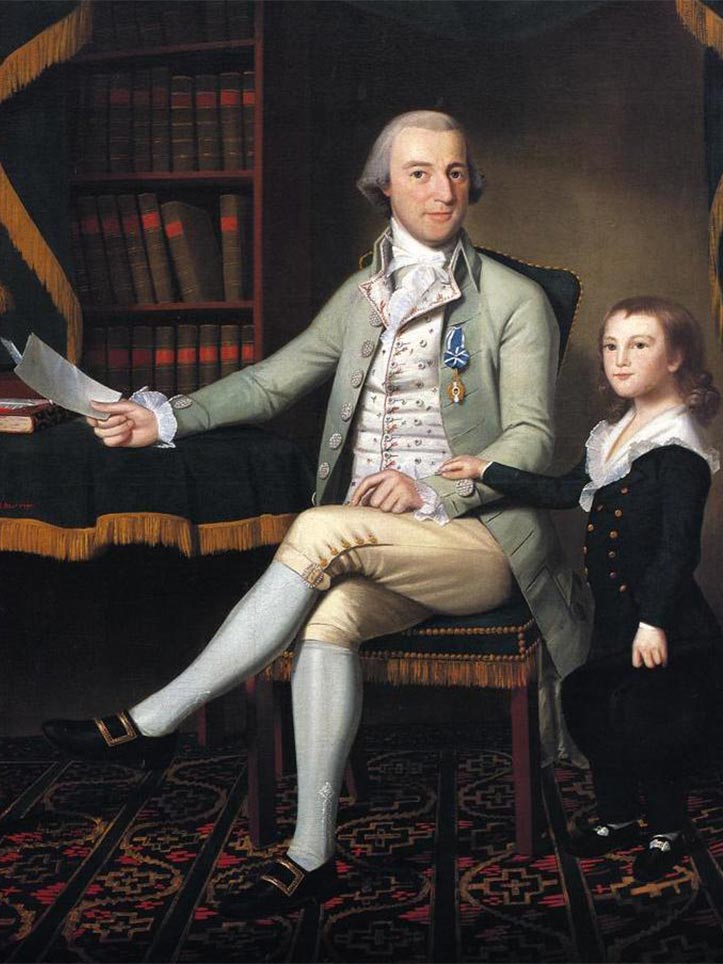 In September of 1776, Yale graduate, Connecticut school teacher, and militia officer, Nathan Hale, volunteered to enter the British camp on Manhattan Island to ascertain the Red Coats’ intentions regarding attacking Washington’s army. Although a captain in the Continental army, Hale dressed as a local farm worker to infiltrate the camp. The story behind his actual exposure as a spy is somewhat murky, but the fact of his rebel loyalty and well-known identity among Tories, likely gave him away. Finding evidence on his person that he was gathering intelligence on the British army clinched his doom. General Howe ordered him hanged as a spy and his alleged last words “I regret that I have but one life to give for my country,” made Hale a patriotic exemplar during the war and down through history. 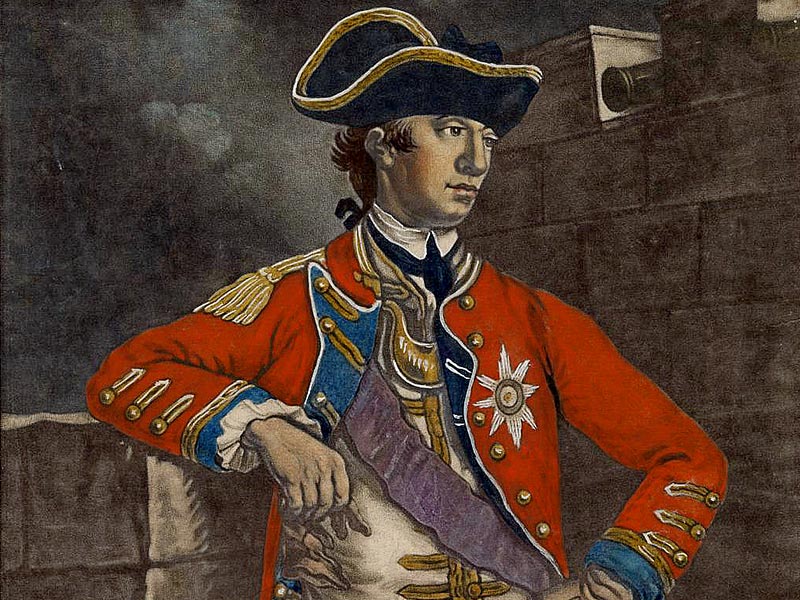 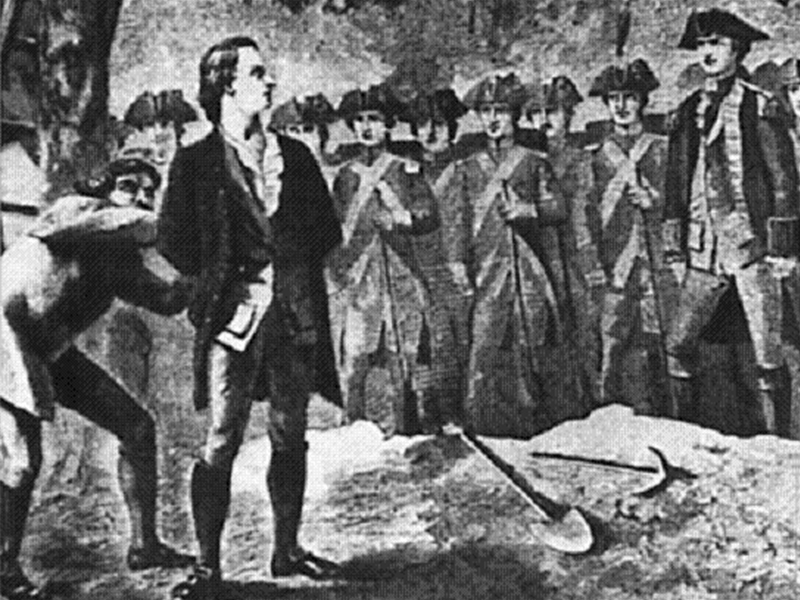 Four years and ten days later, British Captain John André faced the hangman’s noose, and General George Washington held Andre’s fate in his own hands. André was the son of Huguenot parents and had been educated in Geneva. As a British officer, he was captured in Montgomery’s Canada Campaign in 1775 and placed in the hands of a patriot family till exchanged about a year later. He charmed all he met with his singing, artistic abilities, and general good humor. Fluent in four languages and General Howe’s favorite writer, André’s promotion to Major presaged a spectacular career. By 1779, André had risen to Adjutant General of the Army.

Through a woman he briefly gave court to, Peggy Shipton, André finessed a plot with Peggy’s new husband, American General Benedict Arnold, to turn over to the British the strategic bastion of West Point on the Hudson. The disgruntled Arnold, fed up with the snubs by Congress and their failure to recognize his heroic conduct and abilities, agreed to sell out Washington’s army for the modern equivalent of 3.5 million dollars and a commission in the British Army. 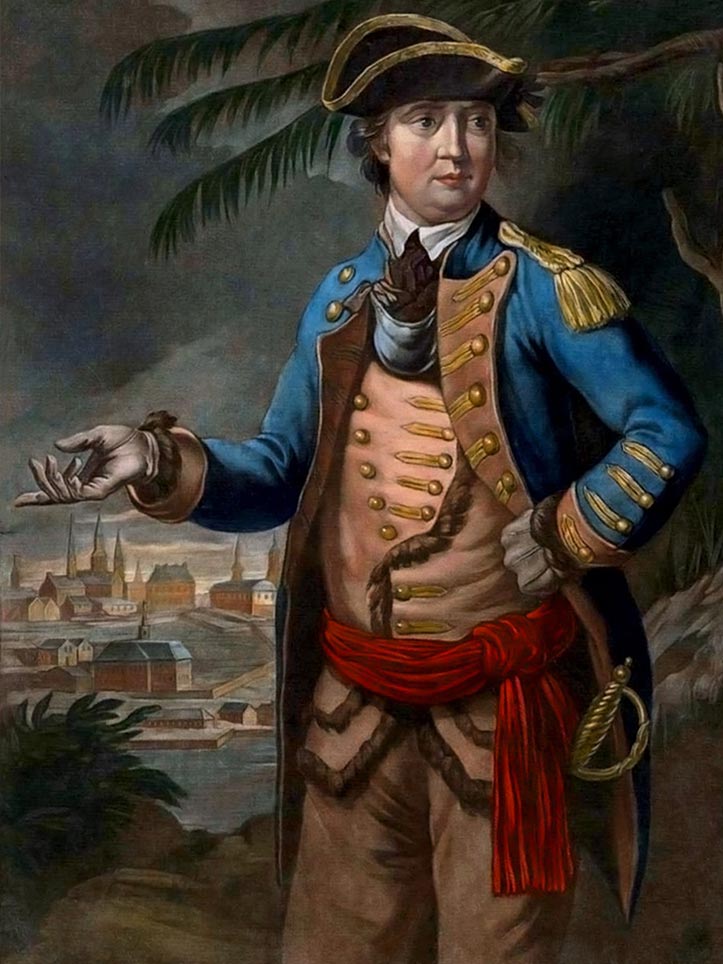 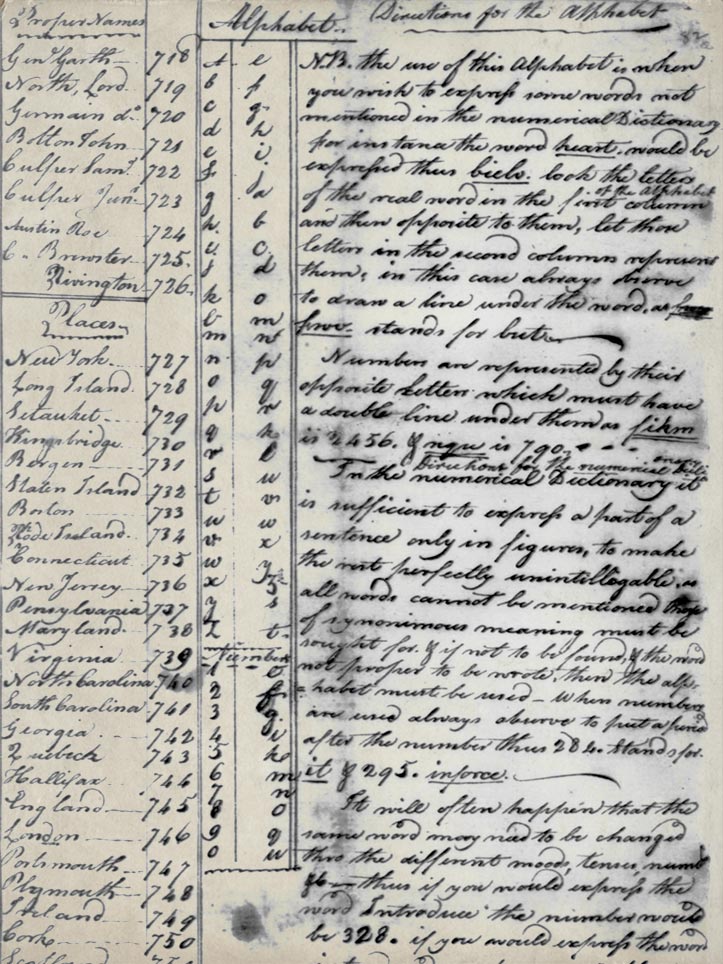 Major André met Arnold secretly but got trapped behind American lines. Arnold gave him civilian clothes and a pass through the lines. The Major, however, fell in among a picket post near Tarrytown and they discovered the layout of West Point in André’s boot. Seized as a spy, a court martial was convened and the Major found guilty. A friend of Nathan Hale told him that his situation was identical to Hale’s and his end would be the same. Arnold had escaped to British lines but, despite desperate intervention by the British commanding general to save André, he was unwilling to exchange for the hated Arnold. André presented an impassioned argument in his own behalf, but to no avail. He did suffer the same fate as Nathan Hale. 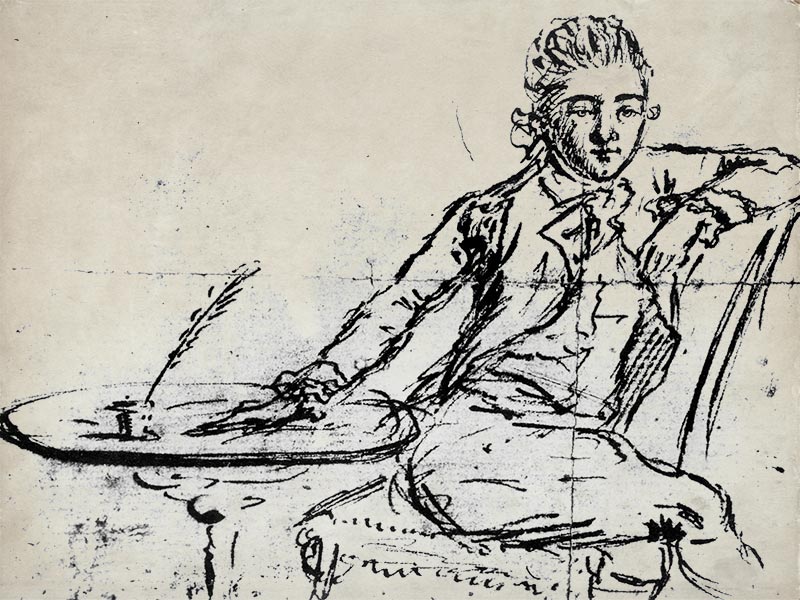 Self portrait of John André drawn on the eve of his execution October 2, 1780

The Bible gives accounts of spies and espionage, but by the ancient usages of war, a man caught out of uniform behind enemy lines and, in this case, with incriminating evidence, could expect no mercy. Perhaps Major André wished he had more than one life to give for his country? He is buried in the Hero’s Corner at Westminster Abbey. Arnold died unmourned and obscure after a long life of failure and social ostracism.