“Woe to you, O destroyer. While you were not destroyed . . . as soon as you finish destroying, you will be destroyed.” —Isaiah 33:1

he turbulent 16th century brought together opposing currents of ideas and beliefs as well as competing national aspirations and dynastic expansion. The Protestant Reformation was sweeping across Europe, and the Roman Catholic Church sought to stem those advances by marshaling the faithful princes and their troops, to stem the flow away from the control of Mother Church. In the midst of the religious ferment, traditional animosities between Spain — the only national super-power — and their chief rival, France, caused further fragmentation and conflict. In the latter nation, the Reformation was taking hold, especially along the coastal provinces and mountain areas bordering the Iberian Peninsula. 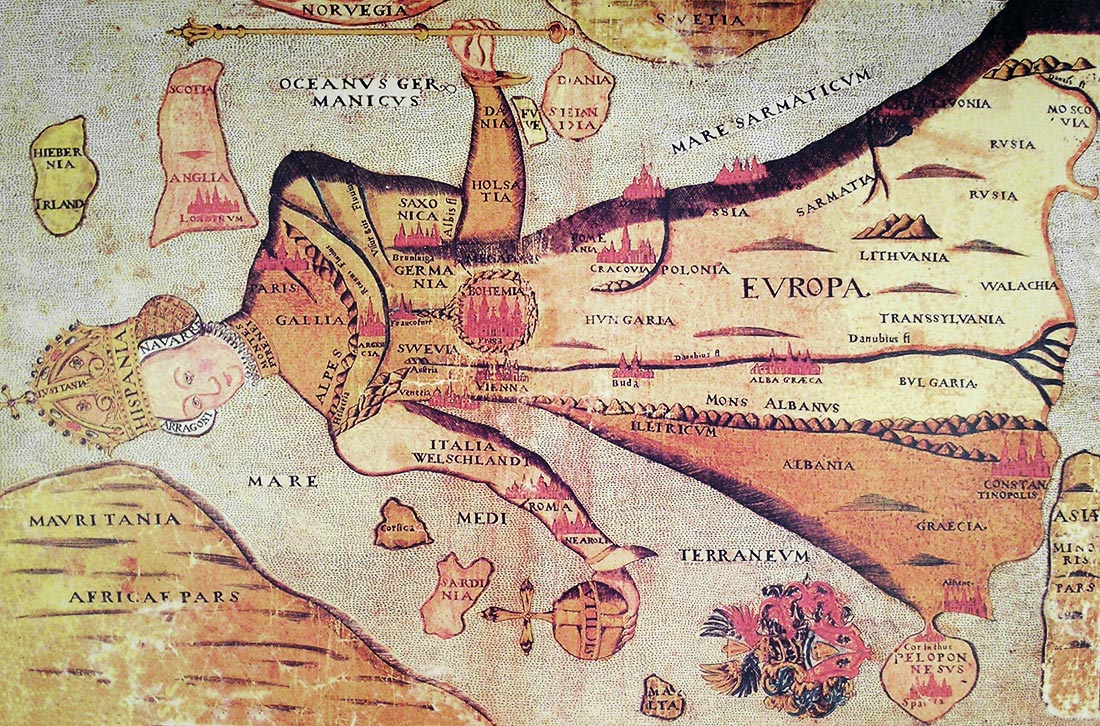 Introduced in 1537, Europa Regina (Queen Europe) depicts the continent of Europe as a queen, with the Iberian Peninsula (mainly Spain and Portugal) as her crowned head

France eyed the Spanish conquests in the New World with growing jealousy and desire to compete with them in both North and South America. Furthermore, the success of the Gospel in France increased the power of Protestant nobility to establish exploratory plantations for potential investment and missionary activity among the natives of those regions. A small expedition succeeded for a short while on the coast of Brazil, but was wiped out by jealous and angry Roman Catholic reactionaries. The French tried again on the coast of Florida, uninhabited by any Spanish settlers. 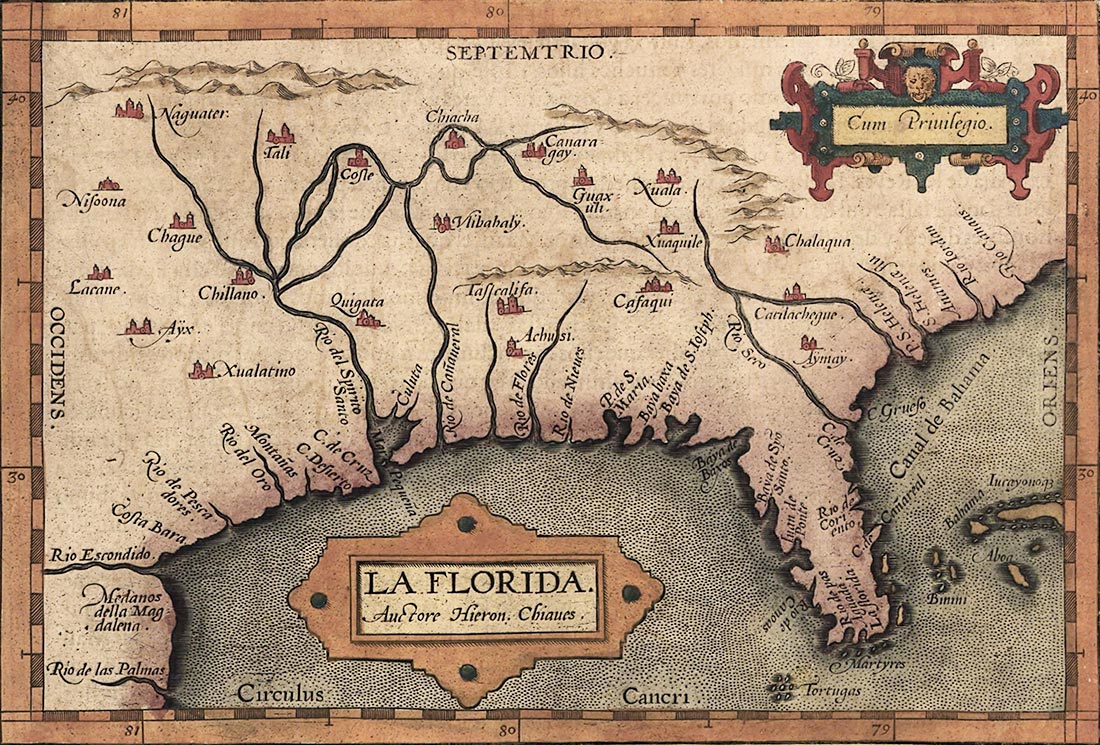 French Admiral Gaspard de Coligny, leader of the French Protestants, the Huguenots, organized a small expedition led by explorer Jean Ribault that built a post on the coast of what would centuries later become South Carolina. That mission aborted and another one, better funded, larger and more diversified, was planted in 1564 on the northeast coast of La Florida and named Fort Caroline, after King Charles IX of France. The leader, René Goulaine de Laudonnière, had his little Protestant band build a sturdy wooden fort and establish friendly relations with the native tribes. 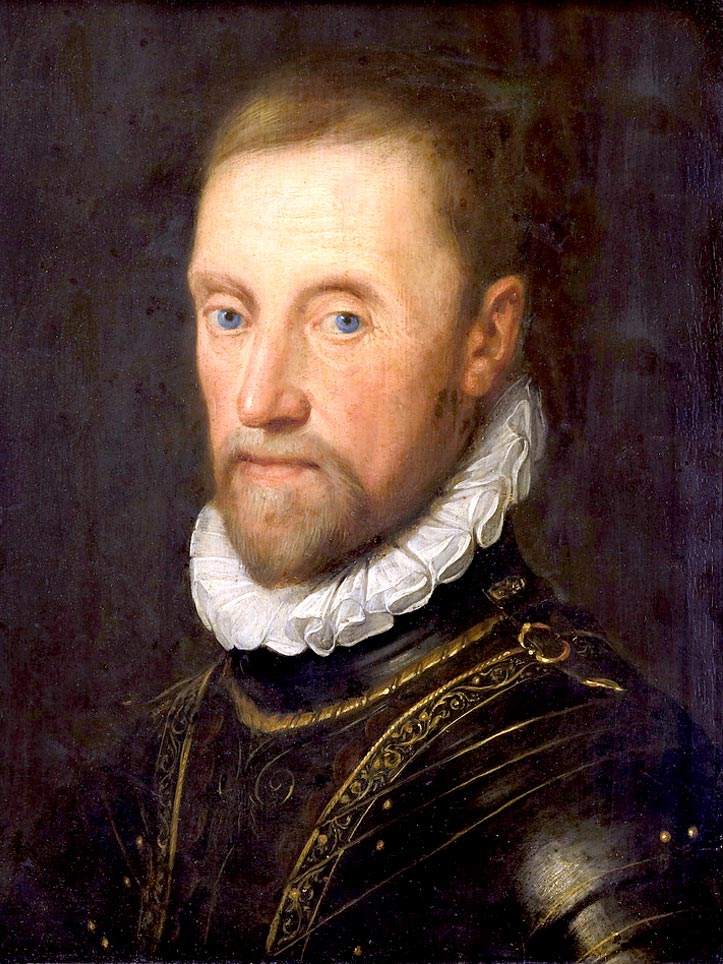 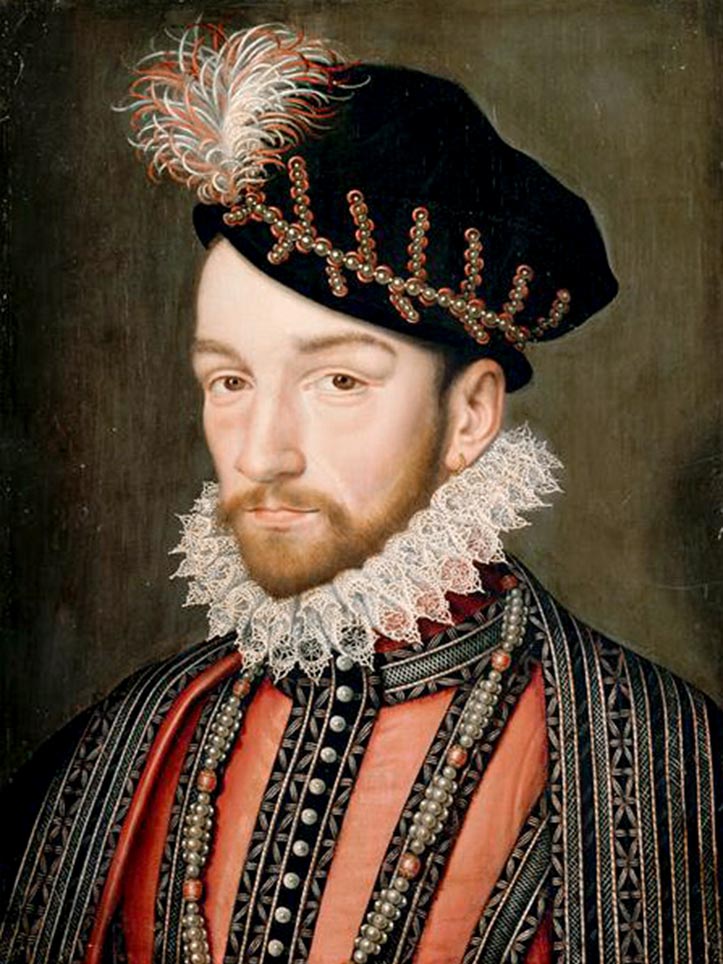 Inexperienced and tentative leadership, among other problems, plagued the little colony and they experienced hunger and conflict with some of the natives. The great English sea raider John Hawkins stopped by and traded food for cannon and shot, enabling the colony to last a little longer. A relief expedition arrived under the irrepressible Ribault who took charge and brought to shore hundreds more settlers and soldiers. 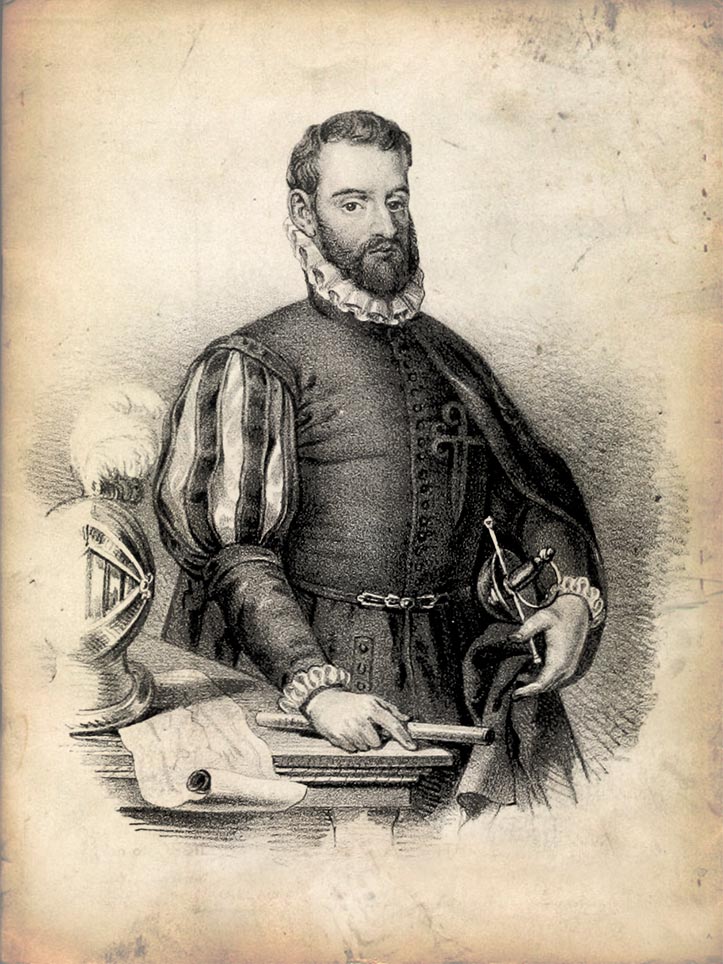 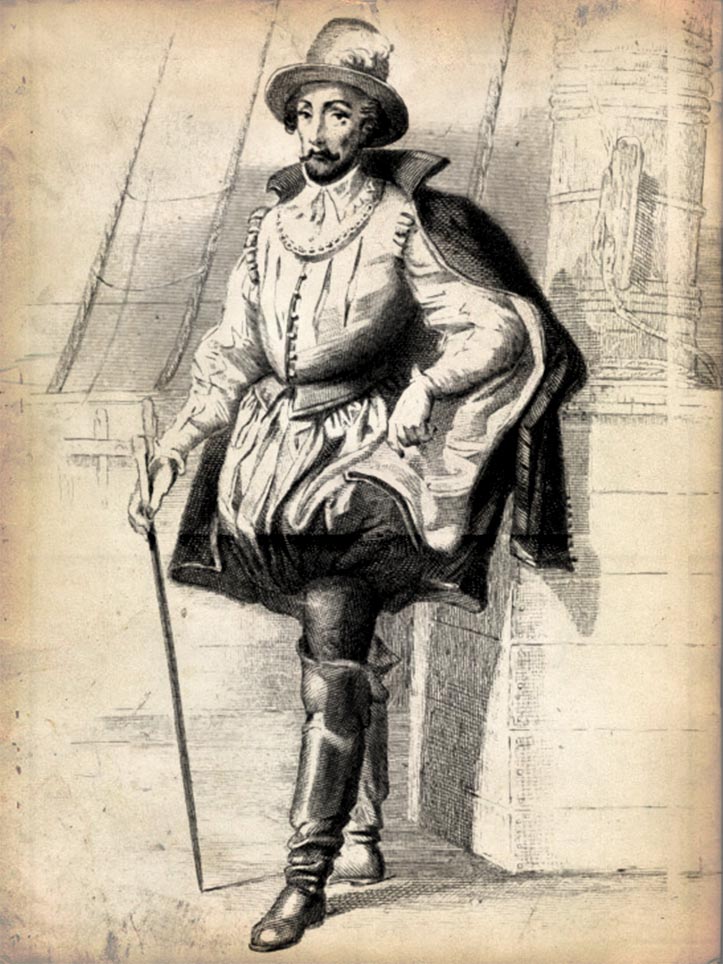 While the colony had been struggling, the Spanish had not been idle. One of the most ferocious Spanish soldiers of fortune, Don Pedro Menéndez de Avilés landed south of Fort Caroline with a few hundred soldiers at the spot that would become the city of St. Augustine. While Ribault took his fleet to attack St. Augustine, Don Pedro marched his men overland and surprised Fort Caroline and the two hundred fifty or so people still there. About fifty women and children were captured and the rest of the garrison minus a handful who escaped, were promptly massacred. Ribault’s ships foundered south of the Spanish outpost and most surrendered to Don Pedro under a flag of truce. He hanged them all. Almost five hundred Huguenots died at Fort Caroline; the French survivors escaped back to France, the colony lost entirely to the Spanish. 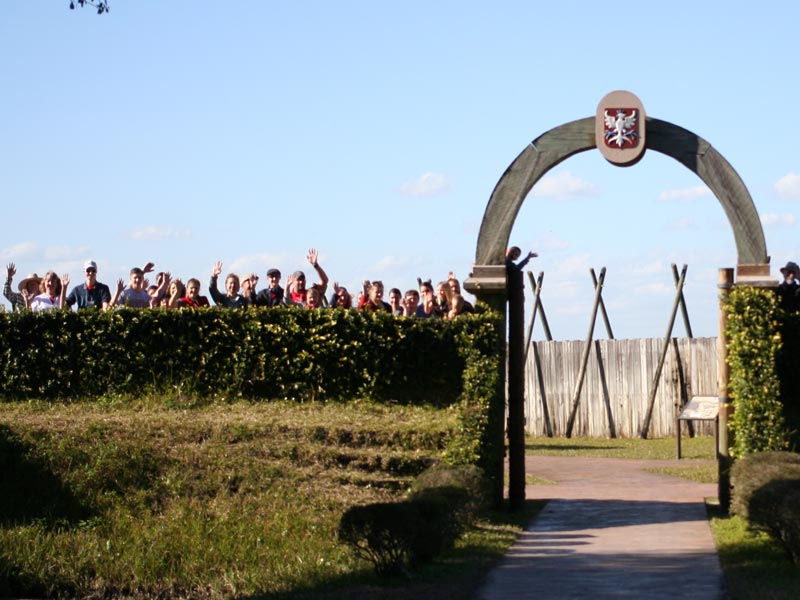 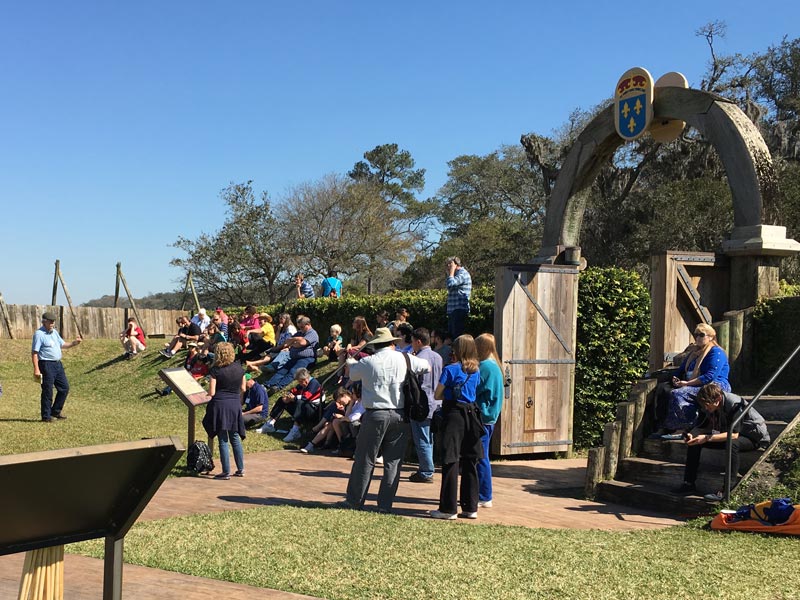 Historian Bill Potter talks to tour guests inside the fort

Join Us in Sunny Florida!
February 15-17

Explore the ancient sites of northeastern Florida, redolent with the sea breezes of the Atlantic and steeped in a providential history that helped create the English civilization that became embedded north of Florida and brought about the abandonment of the outposts of Spain’s Empire in North America. 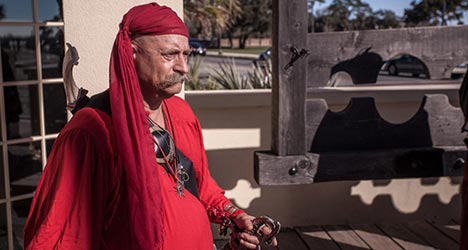 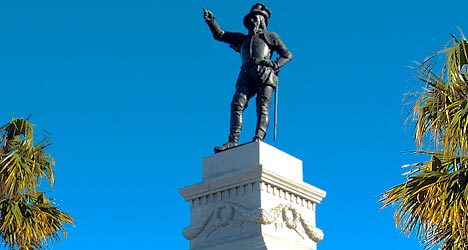 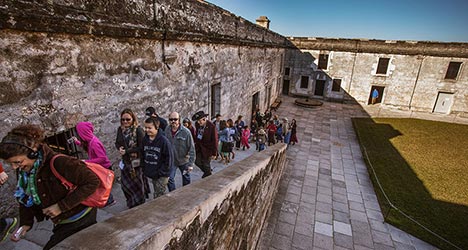