“So teach us to number our days, that we may apply our hearts unto wisdom.” —Psalm 90:12

illiam “Sammy” Samuel Johnson’s father held that most prestigious position of a New England intellectual — pastor of a church in Stanford. Hoping Sammy would follow him into the ministry, his son, nevertheless, chose the law for his calling. With two degrees from Yale and honorary degrees from Harvard and Oxford, the Connecticut lawyer took up the practice and made a stunning success. He also married into a prosperous family and later told his son that “marrying well is the most easy and agreeable way to get ahead.” 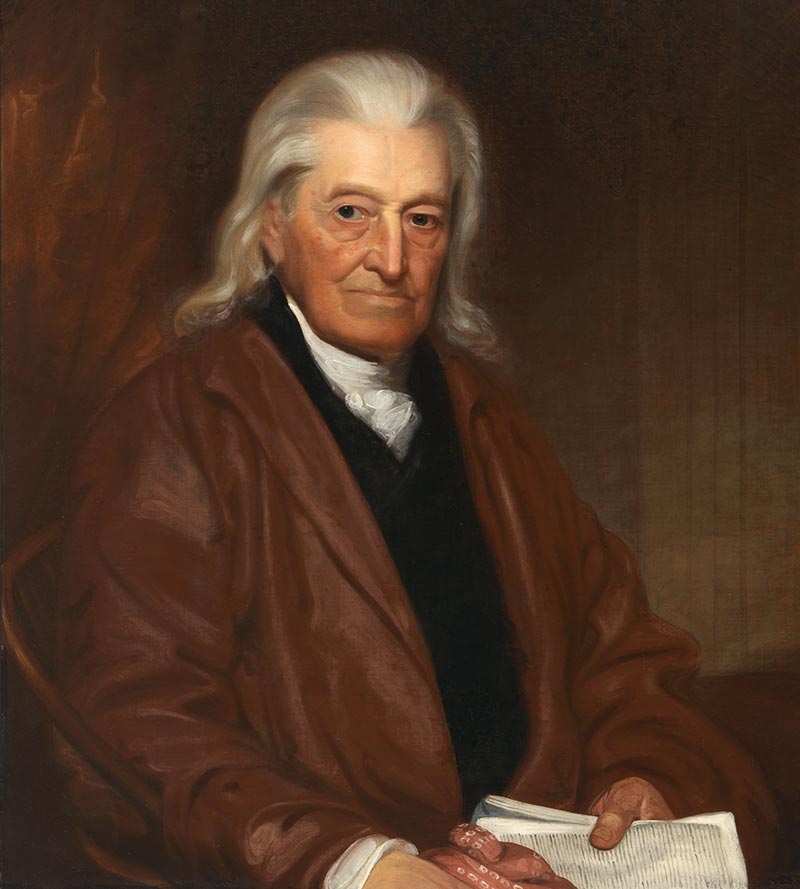 When Parliament passed the Stamp Tax in 1765, Johnson rose to the occasion to condemn the act as unconstitutional and then trimmed his sails and applied to be a tax collector. Johnson’s neighbors responded by sending him to the Stamp Act Congress, joining men from other colonies to strategize over how best to resist Parliament and avoid the tax! As a moderate, his home colony sent the canny lawyer to London as their “agent.” Other colonies had done the same, seeking for rapprochement and defense of their colonial interests. Famously, Benjamin Franklin represented Pennsylvania, his account of which has provided history with a trenchant account of the work of a colonial agent. Johnson seems to have come to respect the difficult position the mother country found itself in after the French and Indian War, and even to appreciate her moderate attempts to raise revenues to protect Britain’s North American empire. While in England he associated with Dr. Samuel Johnson, the renowned critic, wit, and lexicographer, and an outspoken opponent of colonial independence. 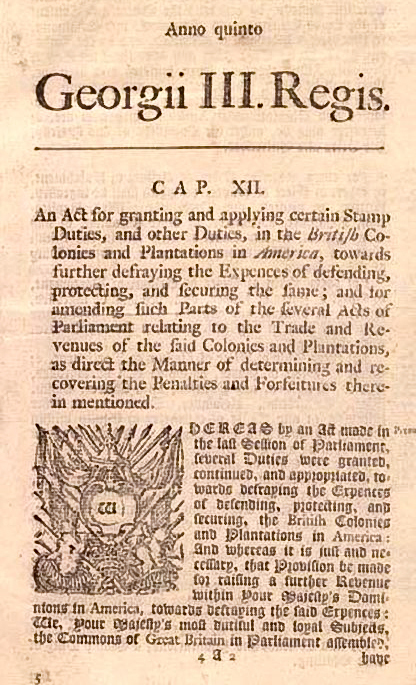 After returning home to Connecticut in 1774, events there spun out of control as the “Massachusetts malcontents” went from protest to armed resistance. Sam Johnson declared himself neutral and hoped to weave a personal course between what he probably considered extremists on both sides. He was sent by his colony to Boston to visit with General Thomas Gage, the British commander. 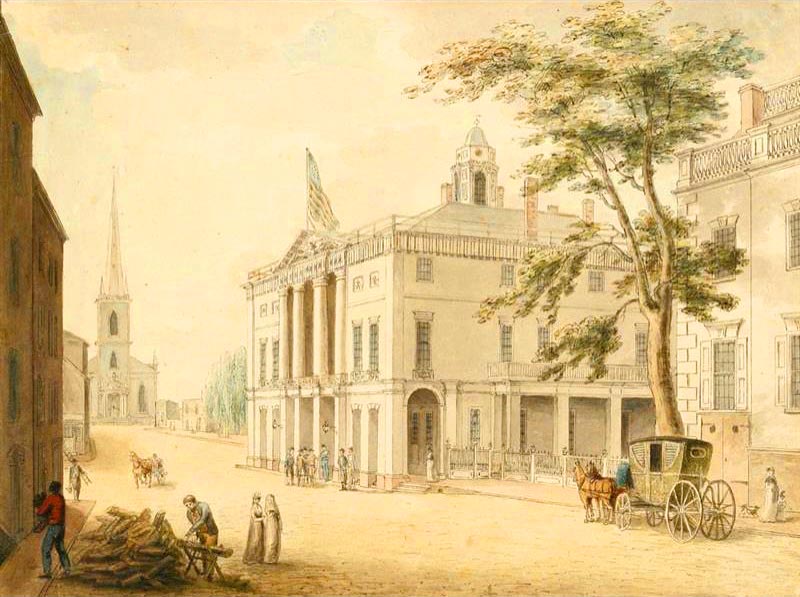 The Stamp Act Congress was a meeting held October 7-25, 1765 in New York City in the building now known as Federal Hall

The War for Independence lasted for eight years. Johnson, although a colonel of militia, refused to lead them to battle. He also turned down election to the Continental Congress, and was arrested twice by Patriots for trying to negotiate peace with Loyalist factions. He abandoned the Connecticut legislature, believing their course of action was treasonous! He was disbarred from practicing law and forced to live off his savings until he swore allegiance to Connecticut and was reinstated. 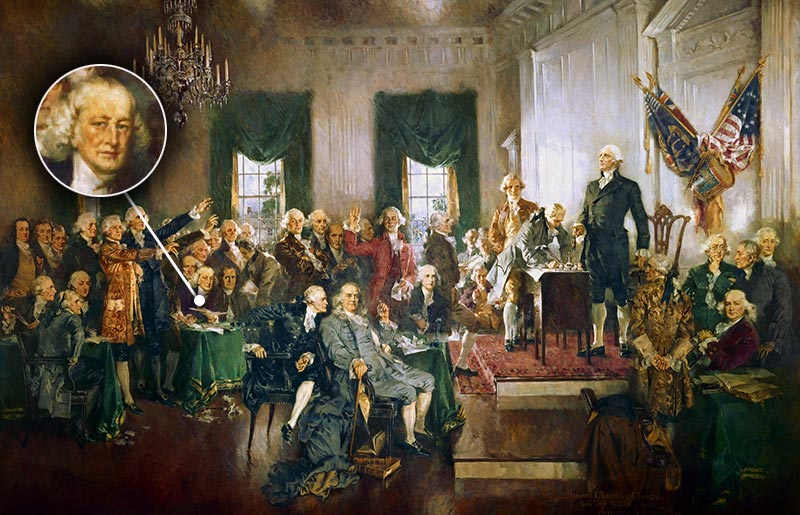 William Samuel Johnson present at the Signing of the Constitution

When the war ended, Sam Johnson embraced independence and was, in turn, approved by his fellow citizens. After all, he was one of the best lawyers in the state. Incredibly, Johnson was elected to attend the Constitutional Convention where he worked hard with his fellow delegates from Connecticut to effect compromises. The soft-spoken lawyer argued the case of the “Connecticut Plan,” defending the idea of equal representation. As one of the foremost classicists in the colonies, he chaired the Committee of Style and Arrangement to achieve the final wording of the document. What likely surprised people the most was Johnson’s unrestrained support for ratification of the Constitution, citing what he considered the disastrous consequences of the Confederation. He rarely took strong positions, was always a conciliator; as the finest lawyer in the land, the people of his state must have thought, “Johnson must really be serious about the new document of the Republic, to speak so forcefully in its favor.” 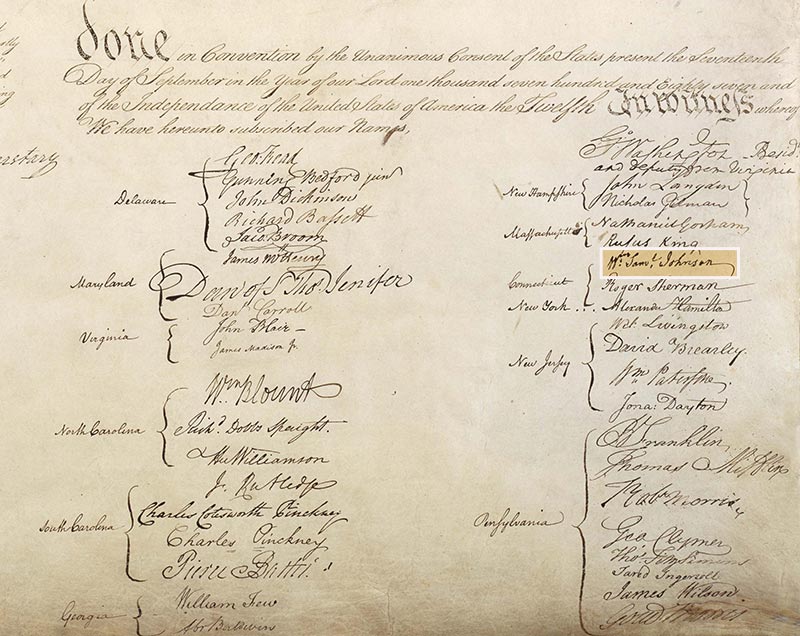 Johnson’s signature seen on the endorsements section of the Constitution

On April 2, 1791, William Samuel Johnson took his seat as Connecticut’s first new Senator in the nation he helped create; he was the oldest member at sixty-one. He resigned a few years later to throw himself into nurturing what became Columbia University. He remarried at seventy-four, and went on to become the longest-lived signer of the Constitution, dying at the age of ninety-two in 1819. The man of 1774 held far different views in 1787 when he argued for and signed the Constitution. A man of Johnson’s introspection and intelligence probably remembered at the end of a long life, that what a man believes in his youth, usually does not remain static over a lifetime.