he original Boy Scouts organization was created by Lt. Gen. Robert Stephenson Smyth Baden-Powell, a veteran of the Ashanti and Boer Wars. The General wrote several books, one a manual for military scouts based on some of his own experiences, and emphasizing initiative, survival skills, the importance of good character, obeying orders, and other traits that helped a man serve his country well, with courage and sacrifice. Upon leaving the army, Baden-Powell founded the Boy Scouts, with the goal in mind of training boys to take their place in the world as resourceful and successful leaders and men. An organization with those goals and with a well-defined program of achieving them, was tailor made for America’s boys and young men. 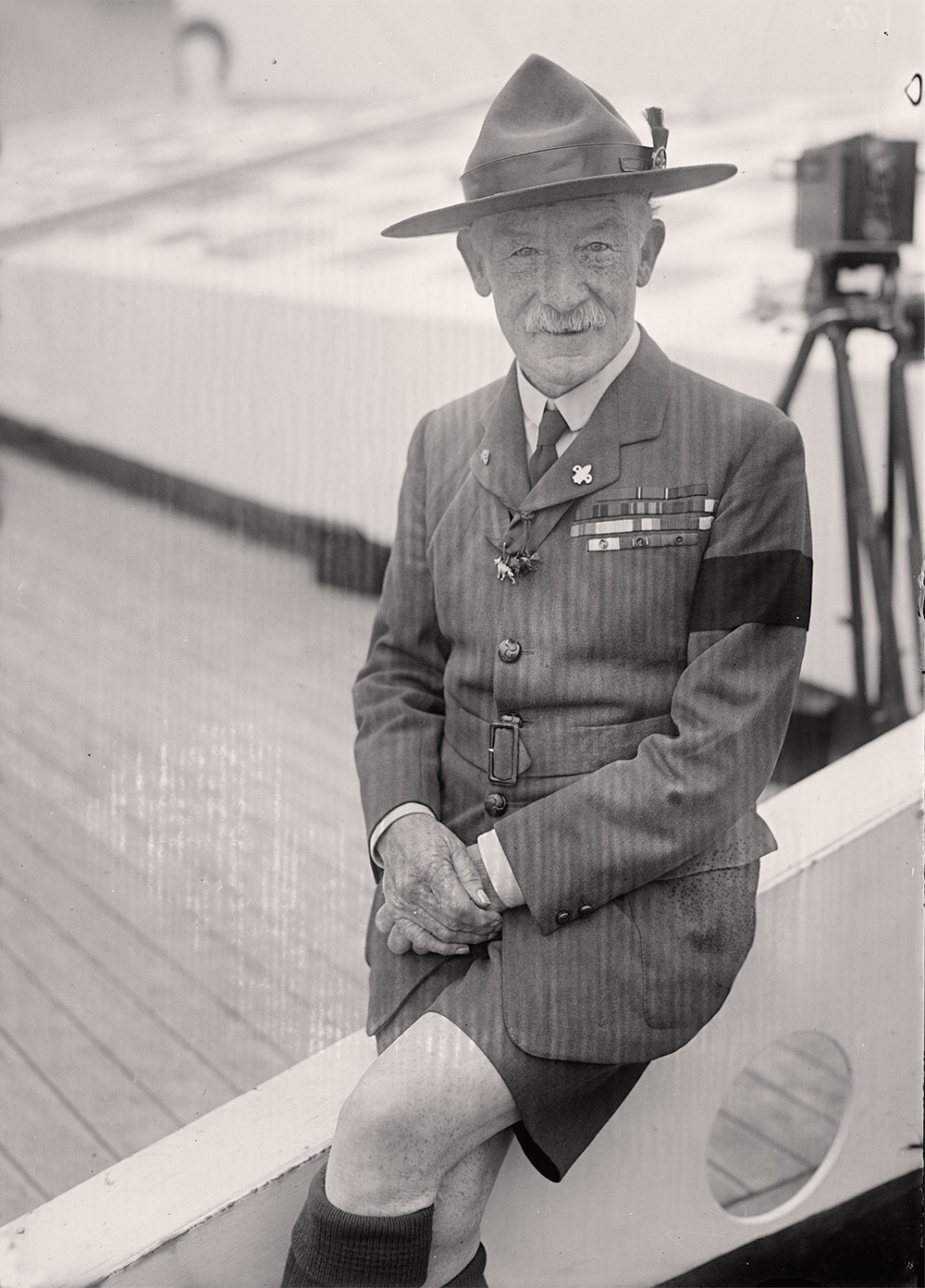 The Boy Scout Manual has probably been read just slightly less than “The Red Cross First Aid Manual, The World Almanac and the Gideon Bible. . . . Since the first edition in 1910, twenty-nine million copies have been read in bed by flashlight.”* Although the original handbook has been revised, it nonetheless still offers ethical advice, such as always telling the truth, showing respect to others, and developing self-discipline. Baden-Powell’s Scouting Handbook also reflected faithful service in the British Empire, adjusted in America for different political realities. In those early decades of the Boy Scouts, historical and adventure fiction tended to reinforce the same values and virtues that animated Baden-Powell’s concern for young men: to be competent in many physical skills, gentlemanly toward women, and of sterling personal character. Novelists G.A. Henty and Rudyard Kipling exemplified the Boy Scout ethos, though Henty himself died before the Scouts came on the scene. No doubt he would have incorporated them into some of his historical novels. 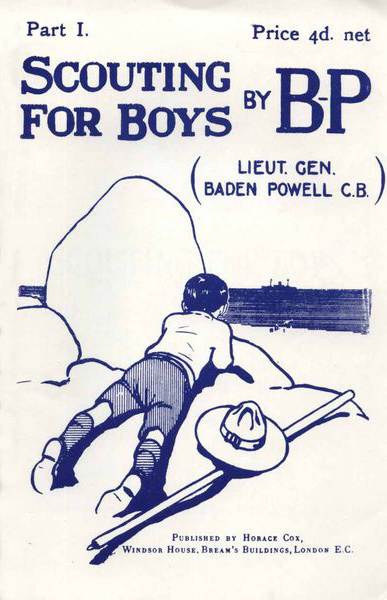 Cover of first part of Scouting For Boys, January 1908 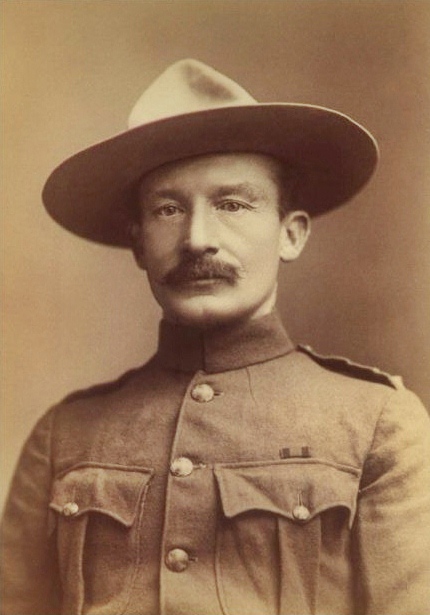 The Boy Scouts over the years were known for the skills they acquired in their quest for physical and moral maturity. The achieving of merit badges and awards were powerful motivating tools to achieve the ends of Scouting. Proficiency in the designated categories were the goals of the most dedicated of the boys and included among other achievements: Backwoodsman, Fireman, Handy man, Healthy man, Job man, Marksman, Master-at-arms, Star man, Weatherman, Woodcraftsman. Etc.

The Scout leaders tended to be fathers and grandfathers of young men, providing male role models for all the years a boy would be in Scouting. Christian virtues and assumptions lay at the root and heart of scouting in the beginning. Rest assured, among boys who completed all the available training, you can count multiple medal recipients, including the Medal of Honor among their numbers, from all the wars of America in the 20th Century. 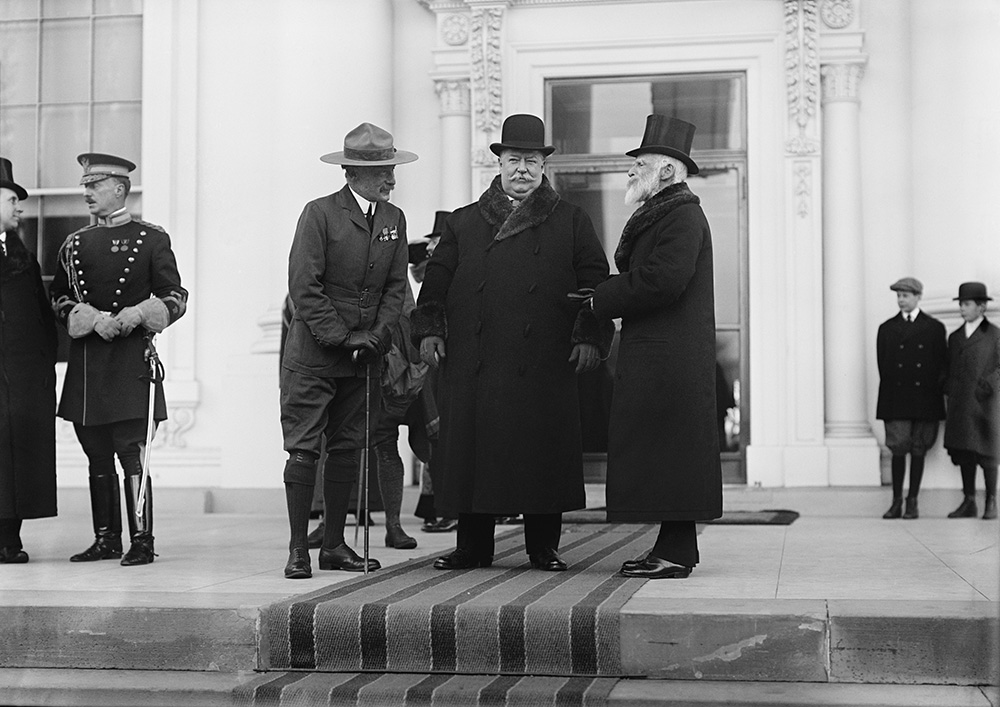 Robert Baden-Powell, President William Taft, and James Bryce (British Ambassador to the US) review the Boy Scouts from the portico of the White House

While Scouting today still retains a modicum of the skills and goals of the past, the organization is not the same one of the past hundred years. They still give allegiance to the Scout Oath and the Scout Law, but the idea of men training boys has been drastically modified. Mommies have been leading since the 1970s, and, according to recent articles and news reports, the Scouts and Scout leaders can now be openly or avowed homosexuals. Even the definition of “boy” has changed, for the gates have been thrown open to girls who pretend they are boys and to girls who are girls but want to compete in the same program with boys. (Lots of litigation has attended the changes — even the Girl Scouts have sued the Boy Scouts in the traditional American response to “change you can believe in.”) Finally, they have altered the name of the organization to Scouts BSA. The purposes for which the BOY Scouts came into existence seem to have been sacrificed on the altar of feminism, moral depravity and political correctness. Substitute “person” for “man” in the achievements, two paragraphs above. While many troops have not changed at all, time will tell how quickly the slippery slope wrecks them all. Boy Scouts U.S.A. happy anniversary, RIP. 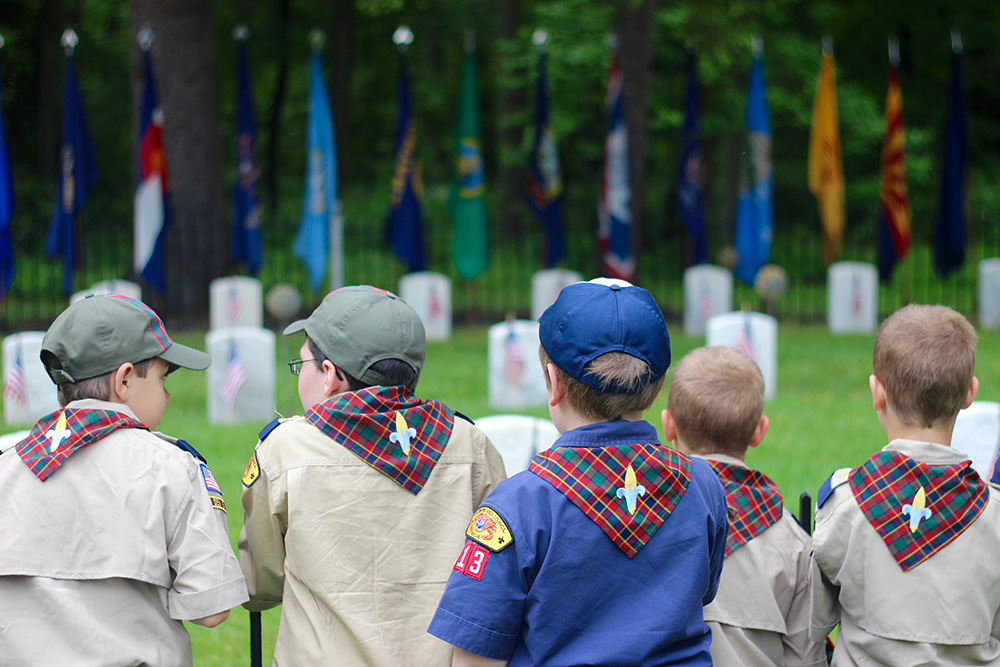 * From Paul Fussell, Essay in the Boys Scout Handbook, and Other Observations, 1983