“Samuel told all the words of the LORD to the people who were asking him for a king. He said, “This is what the king who will reign over you will do: He will take your sons and make them serve with his chariots and horses, and they will run in front of his chariots.” —I Samuel 8:1

dward towered over his contemporaries at 6’2”. He thus received the nickname of “Longshanks,” by which history has since known him. He also got the sobriquet, “The Hammer of the Scots,” from later historians. Americans, other than historians of English history, know him only from the Hollywood film Braveheart as the antagonist and executioner of the Scottish bandit and nationalist hero William Wallace. However he is known today, Edward took his place in English history as the transformer of the common law and conqueror of Wales and Scotland. 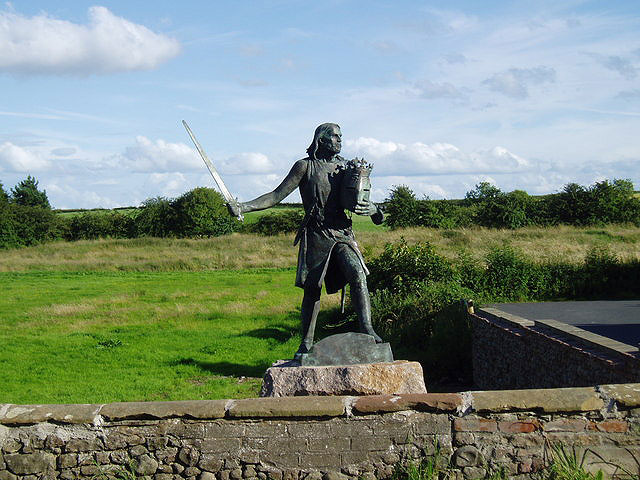 His father, Henry III, reigned for fifty-six years, which was the longest rule of any English monarch before him, and not exceeded until King George III. Henry married fifteen-year-old Edward to thirteen-year-old Eleanor of Castile as a political expedient in 1254, during a period of fear of invasion of English Gascony by the Spanish. Edward, however, did not benefit financially or with any political power from the dowry, his father and another English noble siphoning off the inherited emoluments due Edward. He fathered about sixteen children with Eleanor, to whom he was faithful, and grieved deeply upon her death. 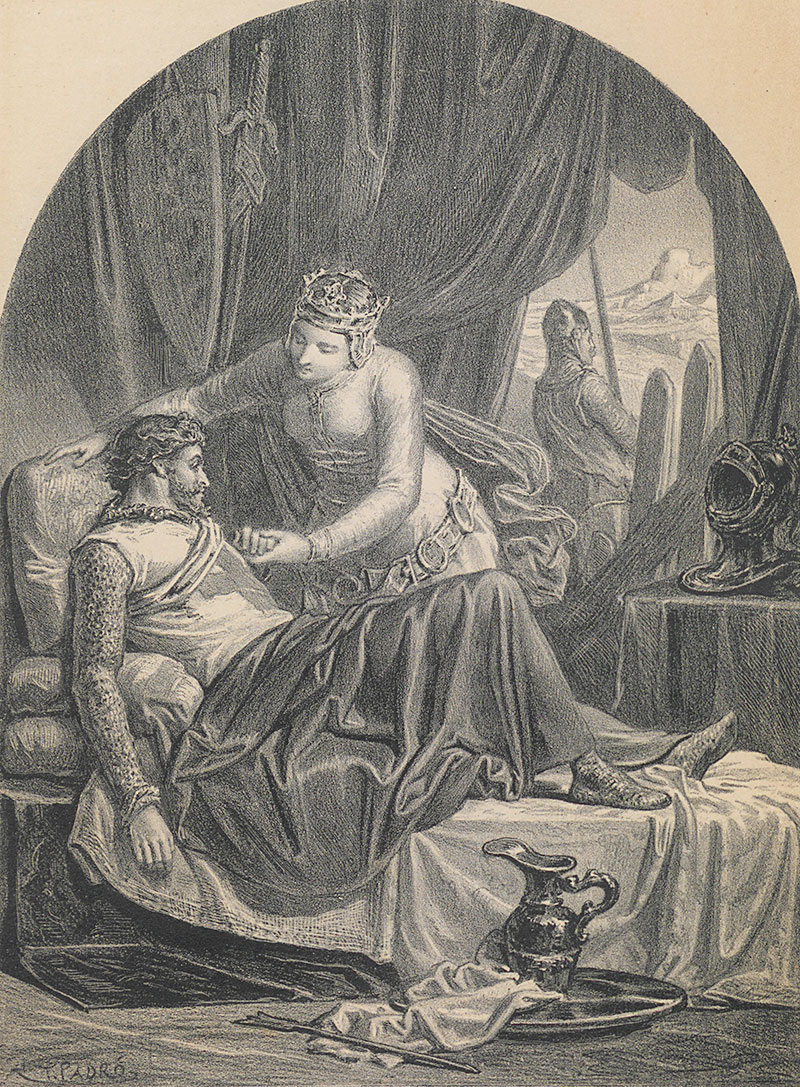 Edward I and his queen, Eleanor of Castile (1241-1290) shared a loyal bond rare among royals, having about sixteen children together and often traveling together as well

Land on the Ninth Crusade, and reinforced the garrison at Acre in what is northern Israel today. A series of skirmishes and attempted raids against Muslim forces brought nothing but defeat, and Edward was severely wounded in a failed assassination attempt by his Muslim rivals. He left the unsuccessful crusade, and discovered upon his arrival in Sicily that his father had died and that he must take his place as English King. King Edward I was crowned in August of 1274 and he rapidly embarked on a series of successful wars of pacification and conquest against the Welsh, which lasted, off and on, for almost twenty years. He built many castles in Wales, in one of which his son, the future Edward II was born, initiating the tradition of the king’s son as “Prince of Wales.” English colonization of Wales also went forward, consolidating their hold on that Kingdom. 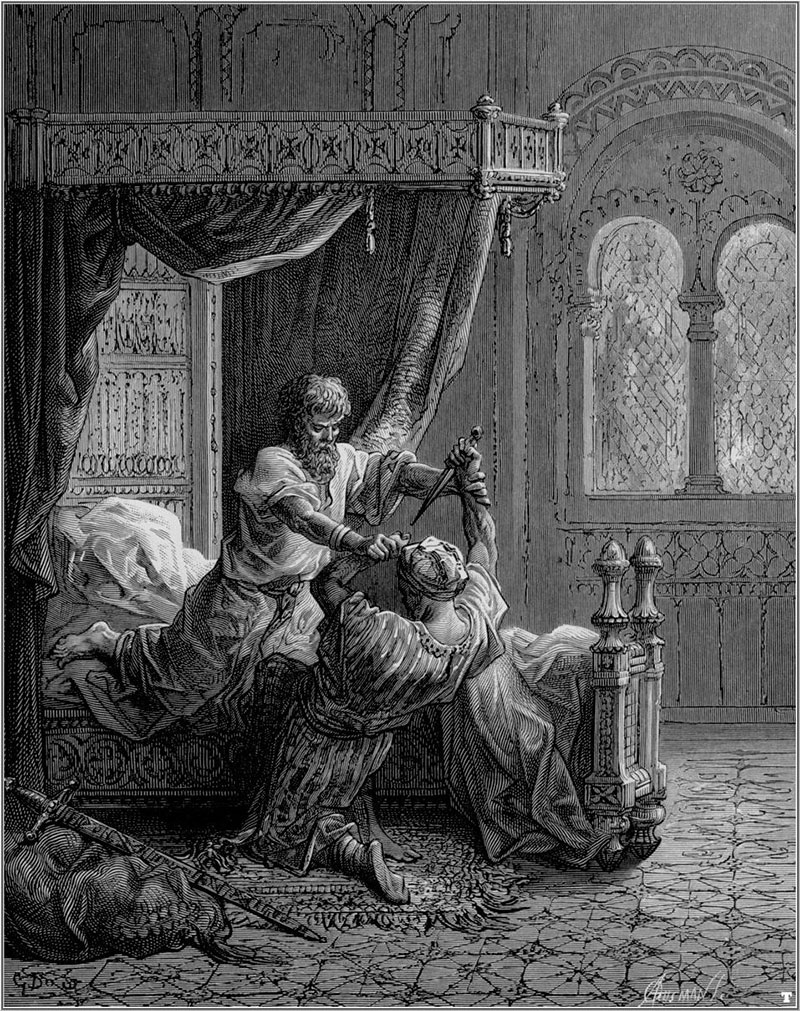 Edward I survived an assassination attempt in 1272, killing his would-be assassin, but was left greatly weakened by the event, having received a wound in the arm by what was believed to be a poisoned dagger 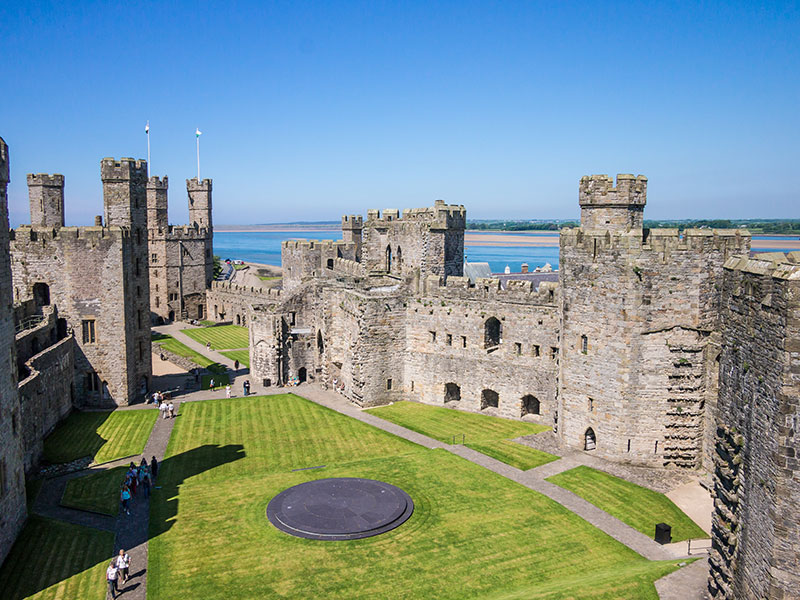 A portion of Caernarfon Castle in north-west Wales—one of many castles
built by Edward I—was the birthplace of Edward II, the first Prince of Wales

Longshanks fought several wars in France, without victory, and came away with only a new wife, Margaret of France, as part of the Peace accord with Phillip IV, in 1299. Until the last decade of the 13th Century, Edward had managed to maintain a conciliatory and peaceful relationship with Scotland. He had managed to arrange a future marriage between his son Edward and the heir to the Scottish throne, “the little maid of Norway,” when she was but three years old and Edward six. The dynastic link was broken when the little girl died, and a struggle for the throne of Scotland ensued between a half-dozen claimants. The Scots asked Edward to intervene and help choose the successor. In 1292 he picked John Balliol over Robert Bruce, the two main contenders. 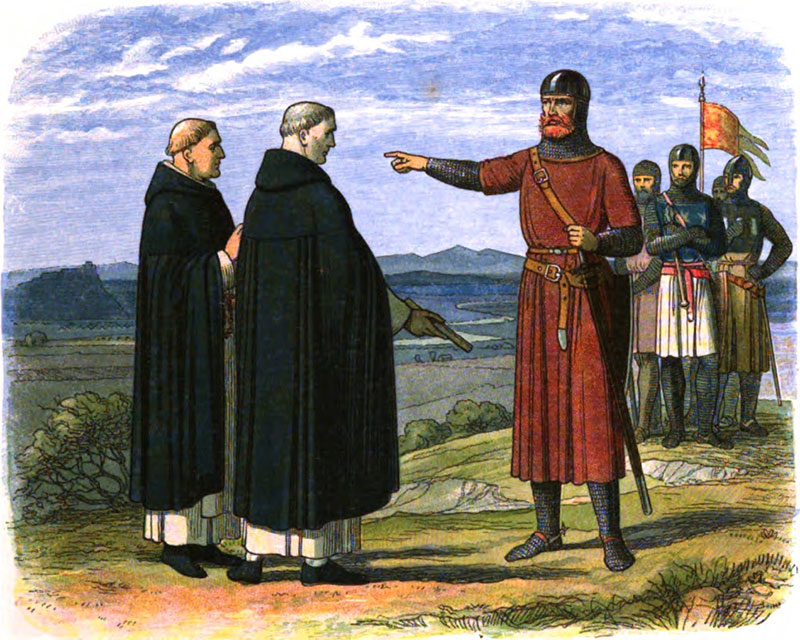 Wallace refusing the terms of the English, from the multi-volume history, A Chronicle of England

Edward continued to act as if he were the sworn king of Scotland by making demands on the Scots, the demand for troops to fight in France being the last. The Scots responded by making an alliance with France and invading England. The tall warrior-king led his English troops to Scotland on April 27, 1296, winning victories in the North of England and at Dunbar in Scotland, crushing the Scottish forces and sending John Balliol to the Tower of London prison. His constant wars almost bankrupted England and Edward kept raising taxes during the 1290s, stimulating discontent from the nobility and resistance to his constant warfare. 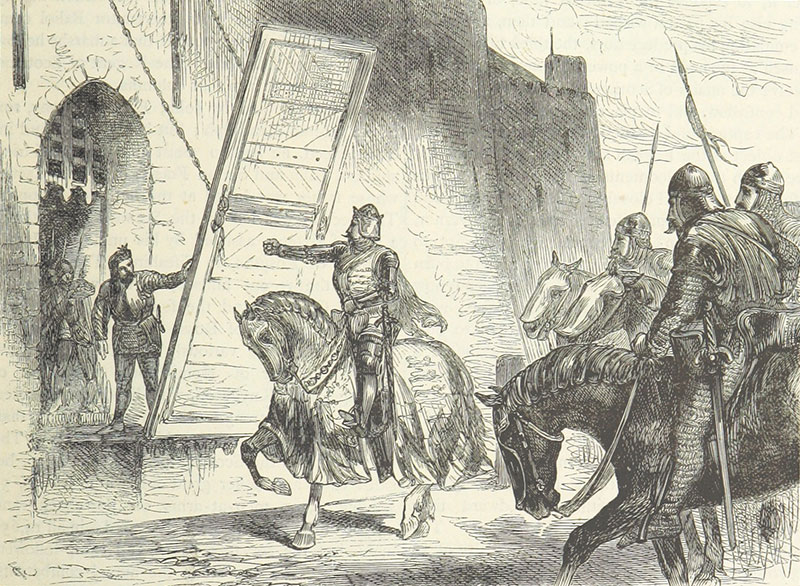 Edward I and his troops repulsed at Stirling Castle

On September 11, 1297, an English army was soundly defeated at the Battle of Stirling Bridge in Scotland by William Wallace and Andrew Moray. The defeat brought about Edward’s reaffirming the Magna Carta and unifying the English nobility to join him in subduing the Scots. He rushed back from battles in Flanders and led his forces to victory at Falkirk in Scotland. He seized the historic rock upon which Scottish Kings were crowned, the Stone of Scone, and transported it to England and put it under his throne. In the ensuing few years the Scots conducted raids on English garrisons and confounded Edward’s attempts at open battle. By 1304, most of the Scottish barons had pledged their allegiance to Edward, and the following year, William Wallace was betrayed to the English and executed. 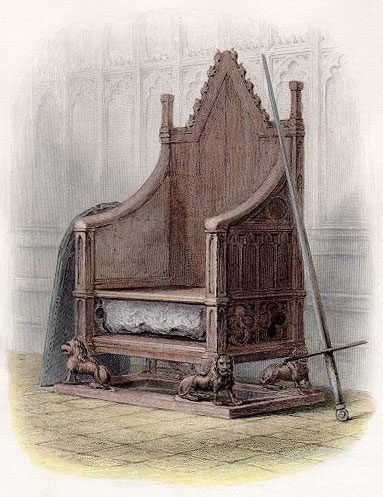 Edward I’s Coronation Chair, with the
Stone of Scone in place 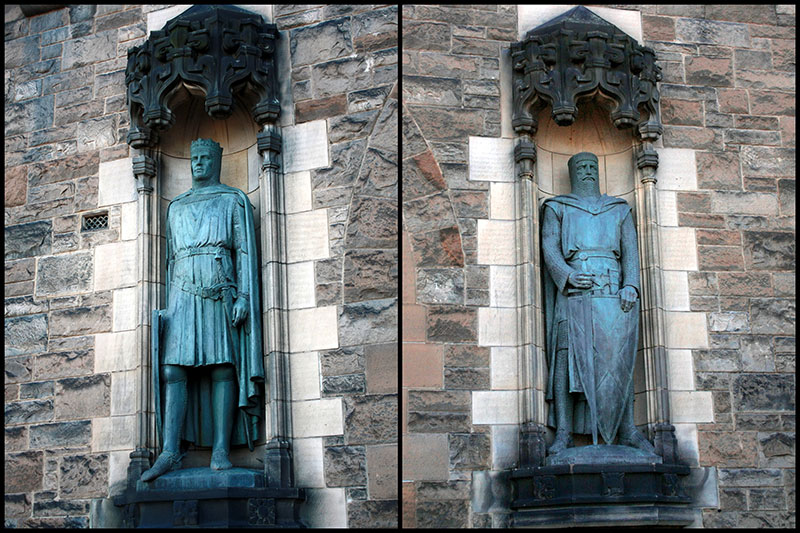 In 1306, Robert the Bruce murdered his chief rival John Comyn, and was crowned King of Scotland. He embarked on a campaign to make Scotland independent of England. Edward’s health declined enough that he could not lead the reprisal armies to Scotland, so he sent his son and other English nobles to quell what he considered a rebellion. In the end, Bruce collected enough noble support, despite the extreme cruelty that Edward’s minions had visited upon Scottish patriots, and defeated the invaders. Edward died on his way to Scotland to lead in person. 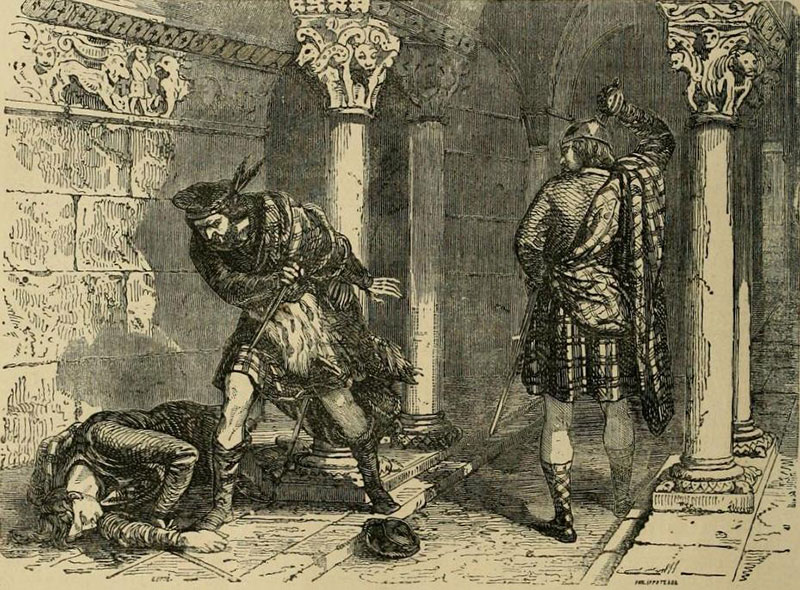 English historians have generally praised Edward and consider him one of the most important medieval Kings. Though possessing significant character flaws, he accomplished the conquest of both Wales and Scotland, as well as subduing recalcitrant barons of England and France. He demonstrated a kind of piety in his desires to go on Crusade and expand the power of the Roman Church. He solved several constitutional crises and invigorated Parliament. Edward also expelled all the Jews from England. Scottish historians have a different view of Edward, as a deceptive and ruthless tyrant who manipulated all around him and those he wished to conquer, as well as torture and execute those who got in his way. He is buried in Westminster Abbey. Scottish students from the University of Glasgow stole the 400 pound Stone of Scone on Christmas Eve in 1950 and hid it in Scotland, but that is another story. 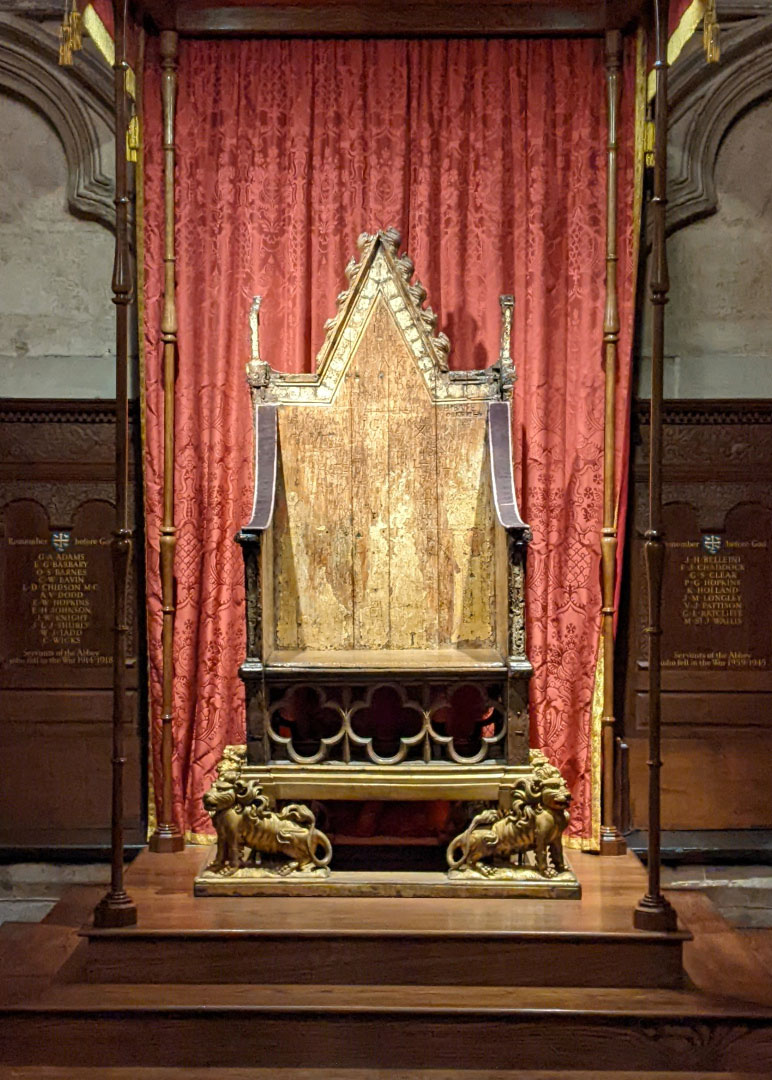 Since Edward the I, the Coronation Chair he commissioned has held every monarch but one at the time of their coronation. Shown here without the Stone of Scone which was returned to Scotland in 1996 where it is kept at Edinburgh Castle on the proviso that it be returned to England for use at coronations. The chair is generally kept on display in Westminster Abbey.