“Behold, the Lord has one who is mighty and strong; like a storm of hail, a destroying tempest, like a storm of mighty, overflowing waters, he casts down to the earth with his hand.” —Isaiah 28:2

he greatest loss of life from a “natural disaster” in the United States occurred on September 9, 1900, when a category 4 hurricane struck the boom town of Galveston, Texas killing at least 8,000 people, destroying about 7,000 buildings and leaving more than 10,000 people homeless. In comparison, Hurricane Katrina, a Category 5 which struck the New Orleans area in 2005, killed about 1,800 and displaced about one million people. The city of Galveston as it was, never really recovered from the storm as Houston gradually took her place as the major metropolitan area of South Texas. 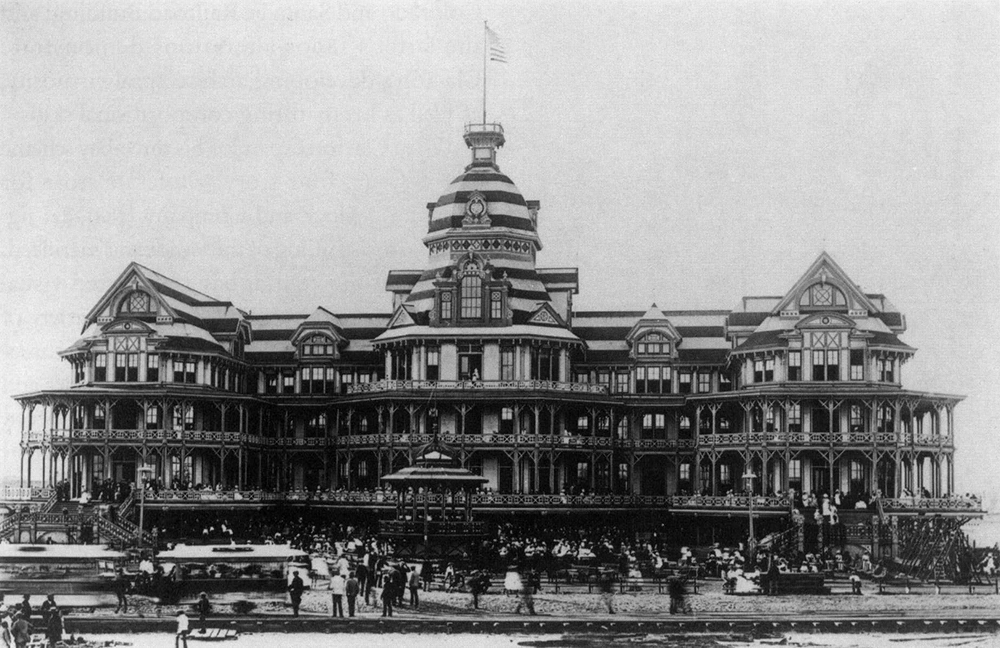 Constructed in 1882-83, Galveston’s Beach Hotel exemplified the prosperity of the booming port town 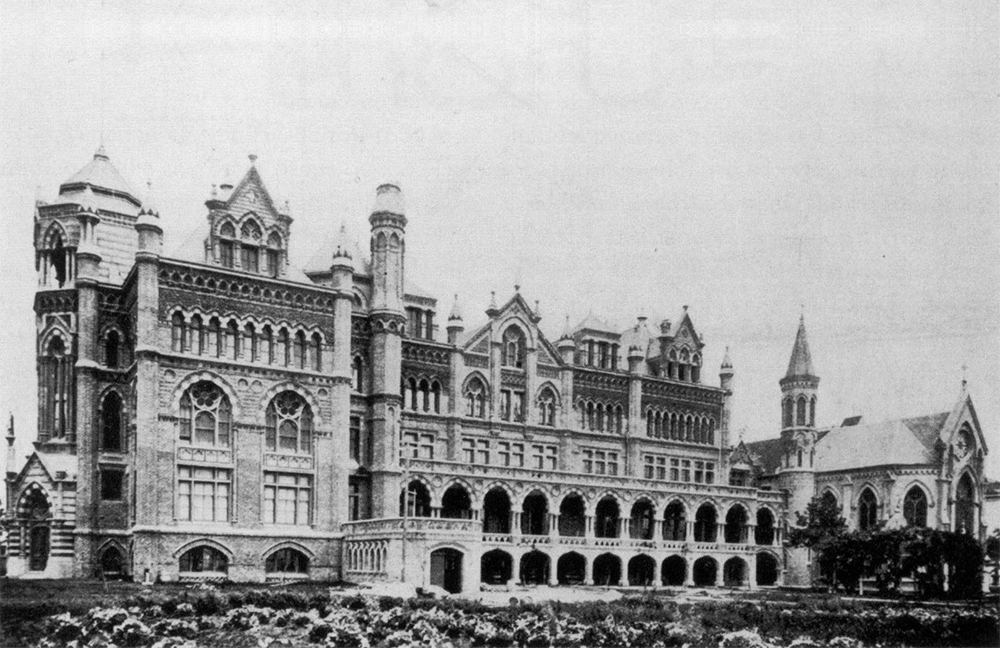 Established in 1847, the Ursuline Academy served as a shelter where over 1,000 people sought refuge from the hurricane

For centuries, the main source of information regarding the formation of tropical storms and hurricanes came from reports via incoming ships. Tragically, in spite of there being a “state-of-the-art” weather station in Havana in 1900, residual political tensions from the Spanish American War resulted in the U.S. Weather Bureau in D.C. blocking these reports. The bureau’s analysts predicted the storm would travel up the east coast of the U.S. However, the hurricane curved into the Gulf of Mexico with increased strength and came ashore on Friday September 9, at about 140 mph. The residents of Galveston were wholly unprepared. 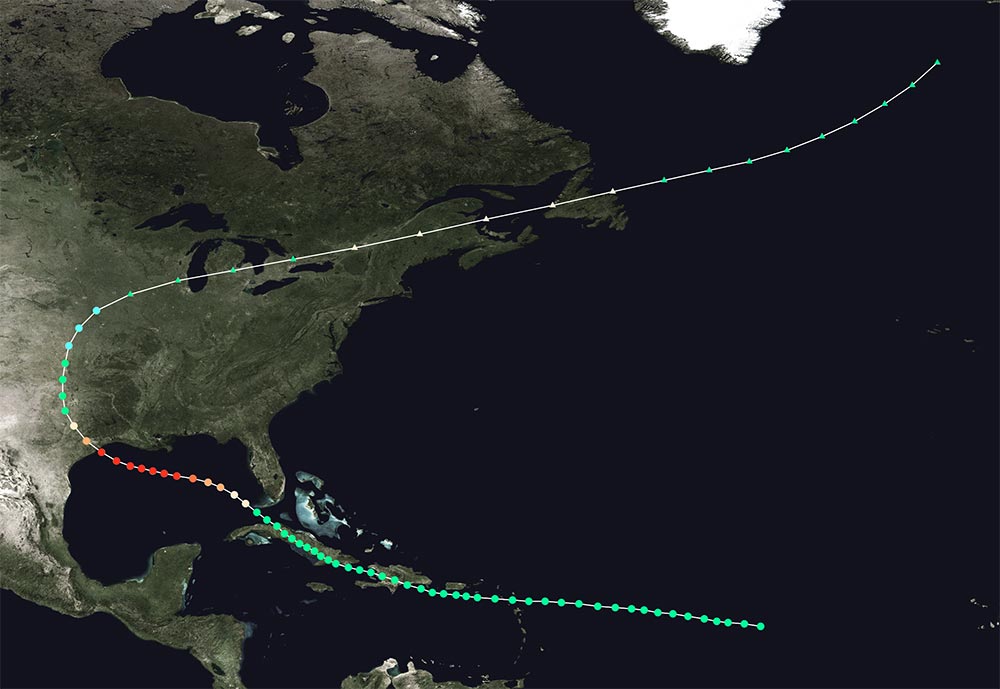 Markers indicating track and intensity of the 1900 Galveston Hurricane, remnants of which were recorded as far as Iceland

Galveston had been a prosperous community and so much so that “The Strand,” a strip of majestic iron-front buildings was known as the “Wall Street of the South”. The city was built on a low, flat island and connected to the mainland by multiple bridges. Residents knew full well that it had survived hurricanes in the past. 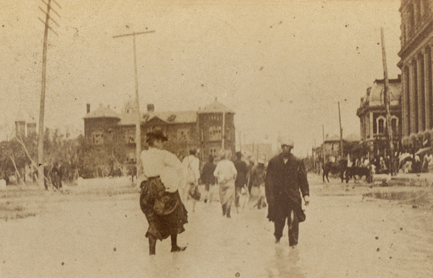 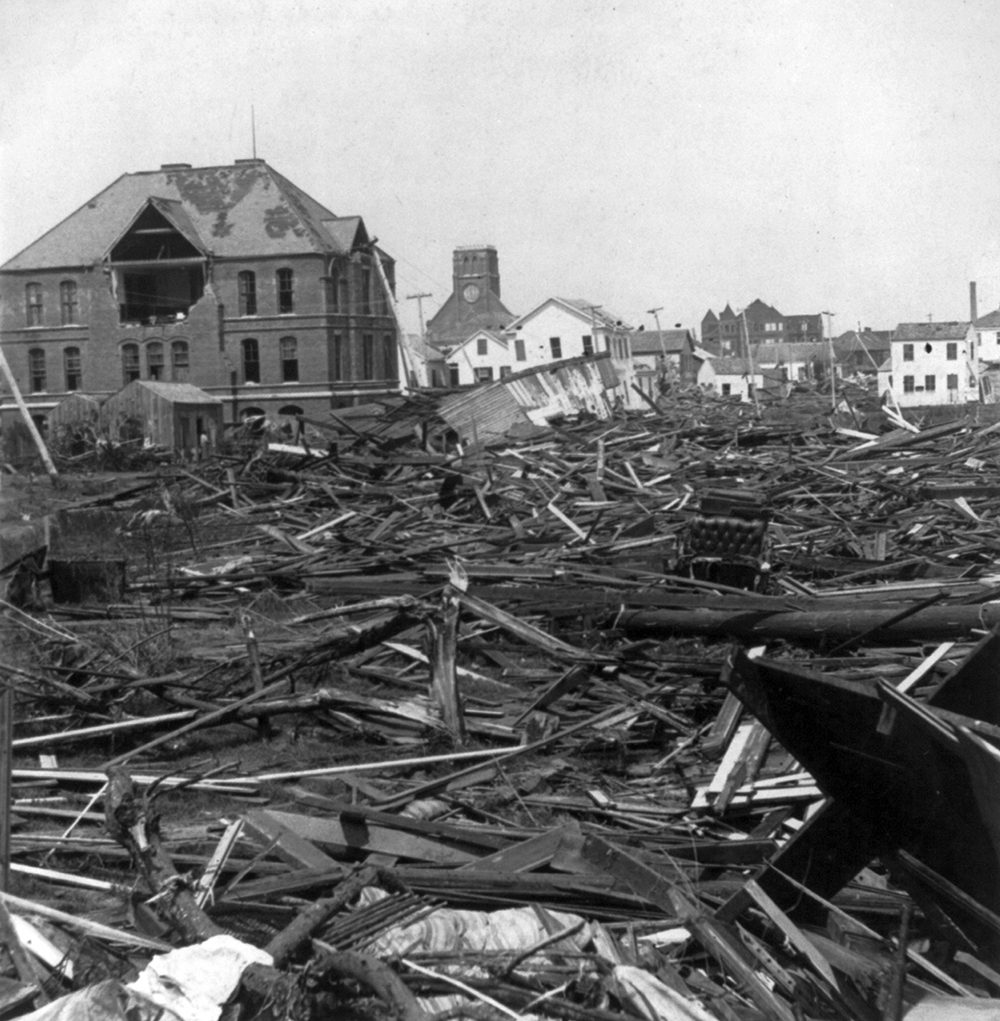 View of the hurricane’s aftermath

As the storm made its imminent approach, two brave men ignored the Central Bureau’s official reports and took matters into their own hands: City of Galveston Chief Meteorologist Isaac Cline chose to stay behind and rode along the Galveston beaches on horseback, warning residents to flee to higher ground. John Blagden, a meteorologist on temporary assignment in the area, wrote in a letter the day after the hurricane that he spent all day Thursday phoning people and telling all who would listen to evacuate. 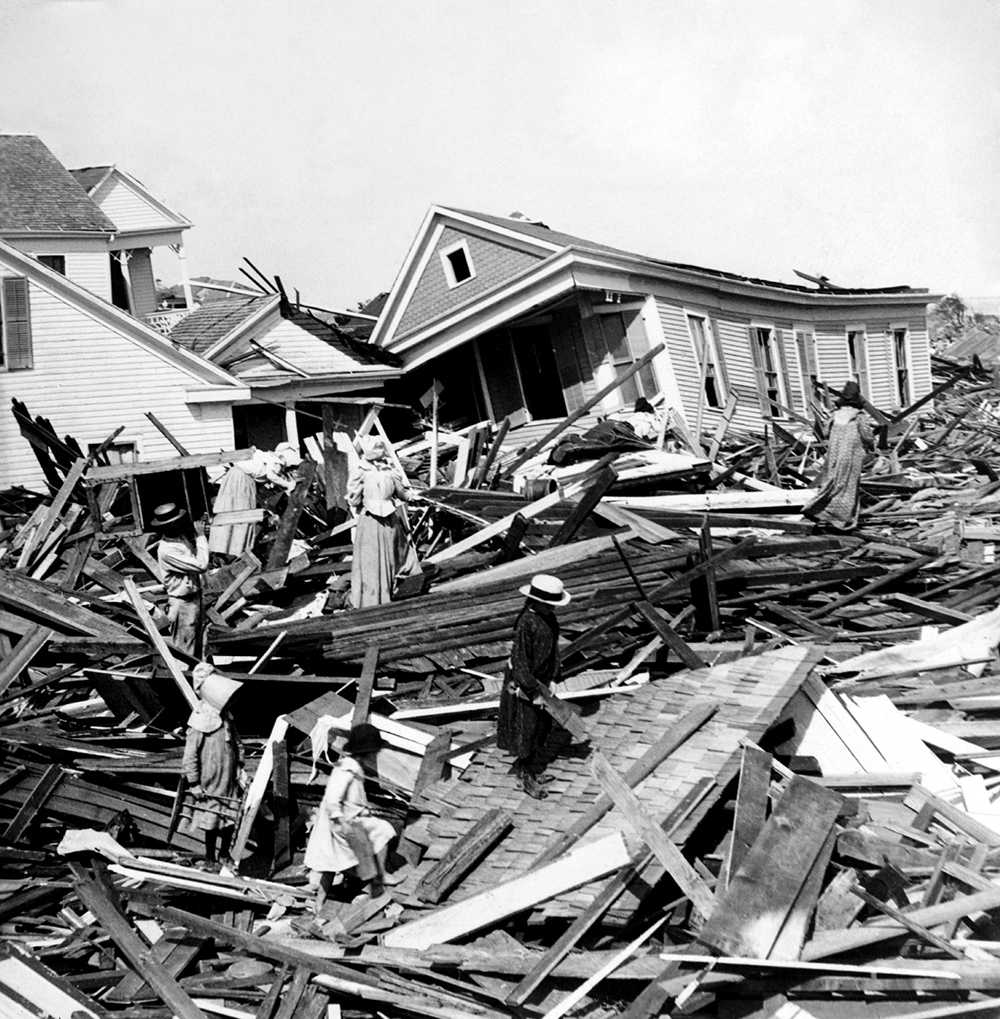 When the hurricane came roaring ashore, the storm surge was more than fifteen feet deep on an island whose highest natural point was a little over eight feet. Ten nuns at the St. Mary’s orphanage, in a heroic attempt to save the ninety-three orphans, tied themselves to the children with clothesline to keep the little ones from being swept away as the waters overwhelmed the building. All of the sisters were killed and only three of the children survived.

In the aftermath, the U.S. Army erected tents on the beach for survivors to live in. Others were able to salvage enough debris to build rudimentary huts. Money to assist survivors poured in from generous citizens across the United States, from foreign countries and American philanthropists. Seventy-eight-year-old Clara Barton arrived with the Red Cross and provided tons of needed supplies. 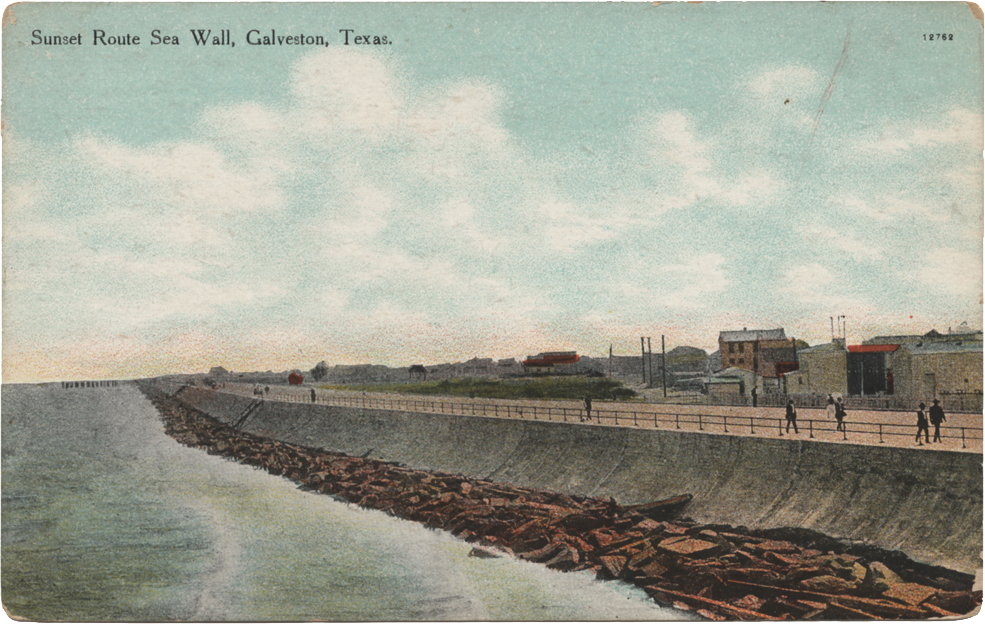 Galveston eventually recovered after many years but never returned to its former wealth or glory and as a constant prompt, many memorials still dot the island and remind us that man does not control either the weather or his own final destiny.