oday, he looks down on a congregation of tourists from a frieze in the Hagia Sophia in Istanbul, Turkey (formerly Constantinople). Dressed in white livery and holding a copy of the Scripture under his arm, the archbishop John Chrysostom is probably preparing to speak, for his name literally means “golden mouthed” in Greek. His life began in the middle of the Fourth Century A.D. and ended in 407 but his influence, wisdom, popularity and reputation is second only to Augustine of Hippo, among the church fathers of the post-apostolic era; he was “the prince of preachers” of his time. 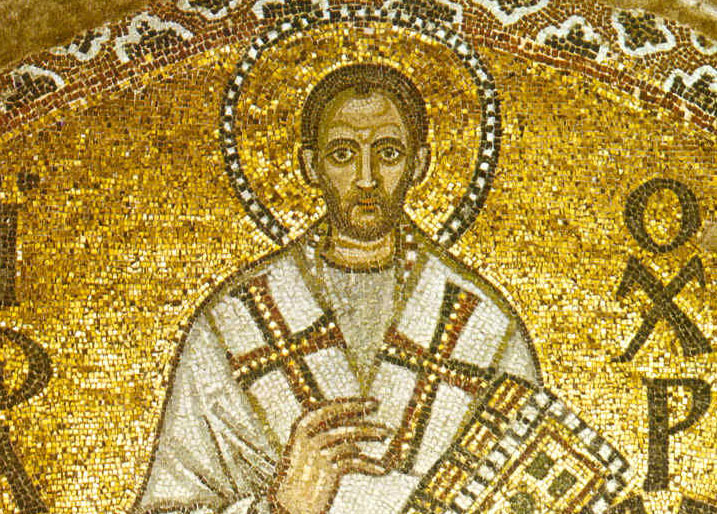 1,000-year-old mosaic of John Chrysostom in the Hagia Sophia 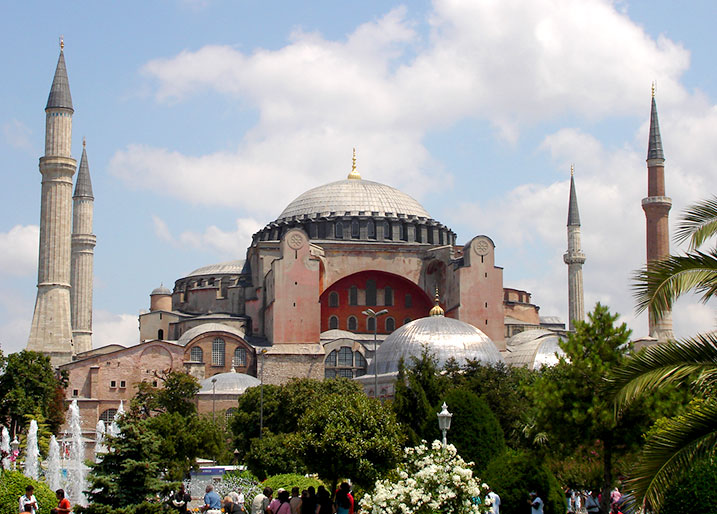 Raised in the ‘Nurture and Admonition of the Lord’

Chrysostom was born in Antioch, the second city of the Eastern Empire, Byzantium. When his father Secundus died, a Roman soldier in Syria, his twenty-year-old mother raised him in the “nurture and admonition of the Lord,” although all the heresies of the era were abundant in the city. He received the finest classical education available, especially in rhetoric, though most of it from pagan Greeks. The man who made the difference in his life, however, was the pastor and teacher Meletius, who preached the Word of God and taught him how to study the Scripture. About the year 370 (age c.23), John made profession of faith in Christ and was baptized. He was attracted to the ascetic life and became an anchorite, living in the caves of Antioch, praying and studying Scripture. His health ruined, he returned to the city to recover and picked up where he had left off as a lector (a reader in the church, preparatory to the diaconate).

A Bold and Fearless Preacher

In 386 Chrysostom was ordained by the church and began a ministry of preaching that lasted for twelve years, in which time, his gift for preaching powerful and practical expository sermons benefited thousands and his written commentaries gained church-wide renown and are highly appreciated today. John Chrysostom finally became the Bishop of Constantinople, the most powerful position in the Eastern Church, where he preached plainly against corruption in the church and state. He raised money for the poor, founded hospitals, and rebuked the ungodly. His famous statement that “the road to hell is paved with the bones of the priests and monks, and the skulls of the bishops are the lampposts that light the way,” won him no friends among the clergy. His holding the civil authorities accountable to Christ, got him exiled by Empress Eudoxia. Chrysostom wrote about family life and children and, in a day when life was cheap and mercy a sign of weakness, he proclaimed that “to destroy the fetus is something worse than murder, the one who does this does not take away life that has already been born, but prevents it from being born.“ How is our age any better? We need the pulpits of our land to echo such belief.

John Chrysostom was not as doctrinally pure as we would like. He believed that the Virgin Mary was instrumental in some way to a person’s salvation and he promoted the supposed escape from the world and the flesh practiced by monks and other ascetics. Nonetheless, he rightly proclaimed “I am a Christian. He who answers thus proclaims everything at once: his country, his profession, his family; the believer belongs to no city on earth, but to the heavenly Jerusalem.” He died in exile but the many lives he touched expanded Christ’s kingdom and showed the practical implications of biblical truth.