he apostles had been forewarned by Jesus that persecution and martyrdom would be in their future. For thirty-one years the persecutions had been haphazard and typically—but not exclusively—inspired by Jewish leaders in different areas of the Roman Empire. In A.D. 64, the first systematic slaughter of Christians began, sponsored by the Roman emperor Nero Claudius Caesar Augustus Germanicus, the seventh Caesar, inaugurating what would become state-sponsored terrorism against Christians, periodically, through the ages. 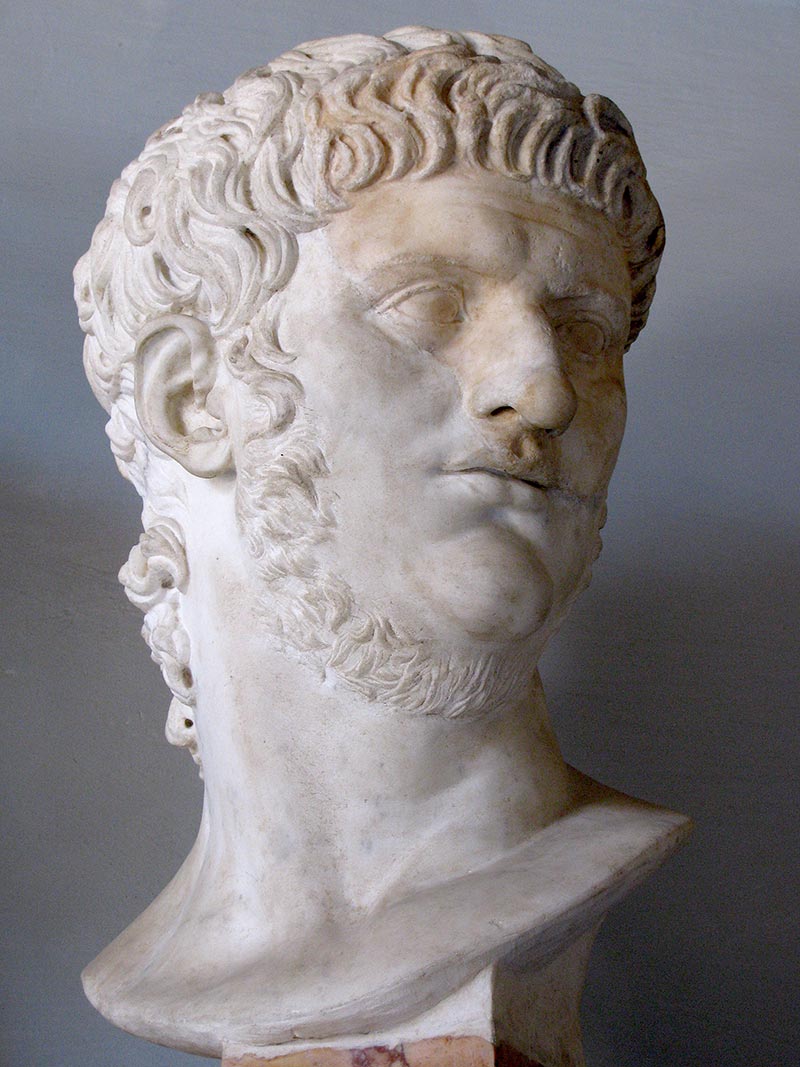 The lives of Nero’s parents and grandparents were filled with scandals, immorality, and plots. His grandfather was, according to the Roman historian Seutonius, “a man in all the parts of his life ungracious and detestable,” a murderer, defrauder, an adulterer, a cheat, incestuous and treasonous. Nero’s predecessor Claudius was likely poisoned, and Claudius’s predecessor, Caligula, was stabbed to death by his Praetorian guard. Nero became Caesar at age sixteen, and would rule over the Roman Empire from 54-68 A.D. He was tutored and advised by the great Stoic philosopher Seneca. His beginnings were auspicious and did not publicly exhibit the savagery and excesses that would characterize most of his future rule. He bestowed favors and prizes to many, and provided cultural entertainments for the people of Rome. He fancied himself a musician and patron of the arts. Beneath the benevolent exterior, however, lay a perverted killer of ferocious potential. 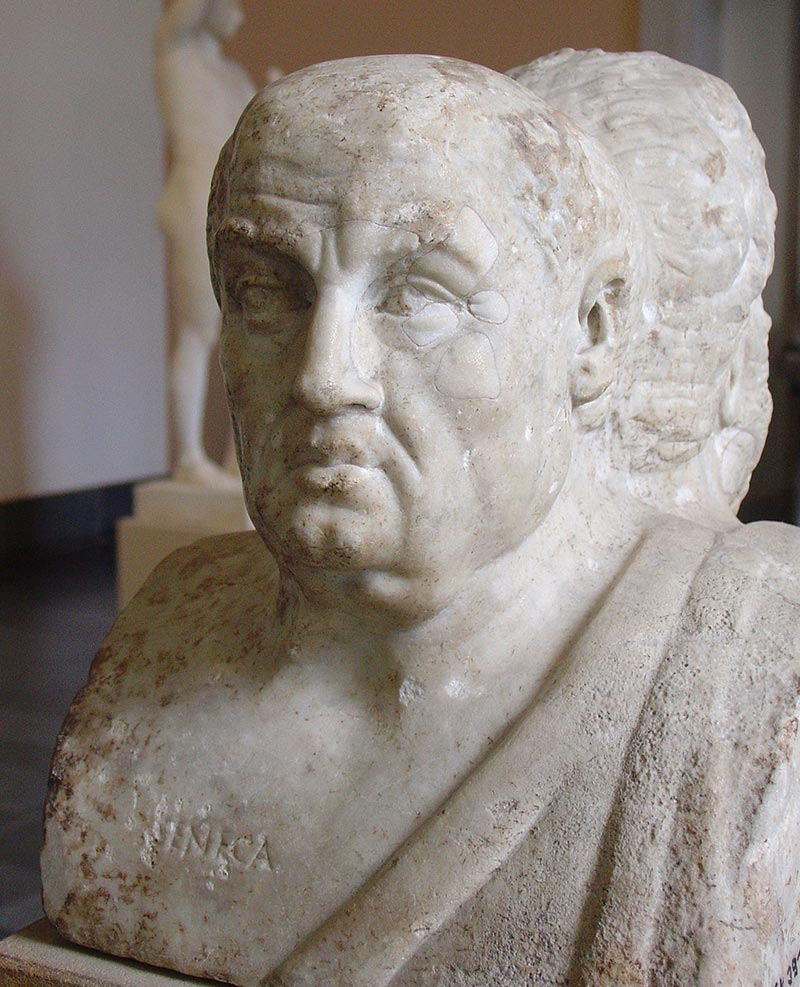 Nero ordering the murder of his mother, Agrippina

Nero’s mother Agrippina, daughter of a great general and sister, wife, and mother of emperors, became the real power behind the throne. She tried to control Nero’s life, and pursued sordid relationships with individuals close to him. She had the disconcerting habit of eliminating her enemies by poison. Five years after becoming emperor, Nero had his mother murdered. According to Tacitus, he also had his wife Octavia executed. Church historian Phillip Schaff wrote that Nero “heaped crime upon crime until he became a proverbial monster of iniquity.” The outrages he committed are beyond imagination. Some biblical historians believed Nero was the first anti-Christ of which Scripture speaks in the New Testament.

In mid-July of A.D. 64, a great fire swept through Rome, beginning among the retail stores around the circus maximus, destroying homes and temples; for almost a week it consumed many old structures of the city. The consensus of Roman historians claim that Nero was responsible for the setting of the fire in order to use the cleared areas to build his own “Golden House” and other new and better buildings—a sort of urban renewal by fire. No direct evidence links him to the event, but he used it for his own purposes (as modern politician Rahm Emmanuel said, “Never let a crisis go to waste”). Nero rushed to the area himself and gave money to victims from his own treasury and opened his house to the newly homeless. Besides a new palace, he built in the now burned-over district, a statue to himself, “the Colossus of Nero.” The cost of rebuilding Rome proved enormous, along with the taxes he levied to make it happen. 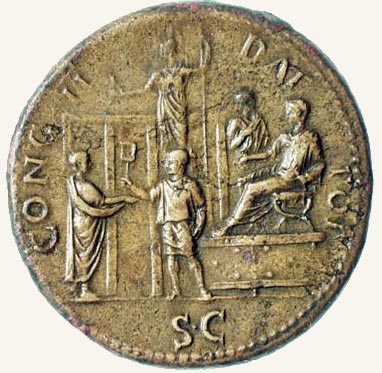 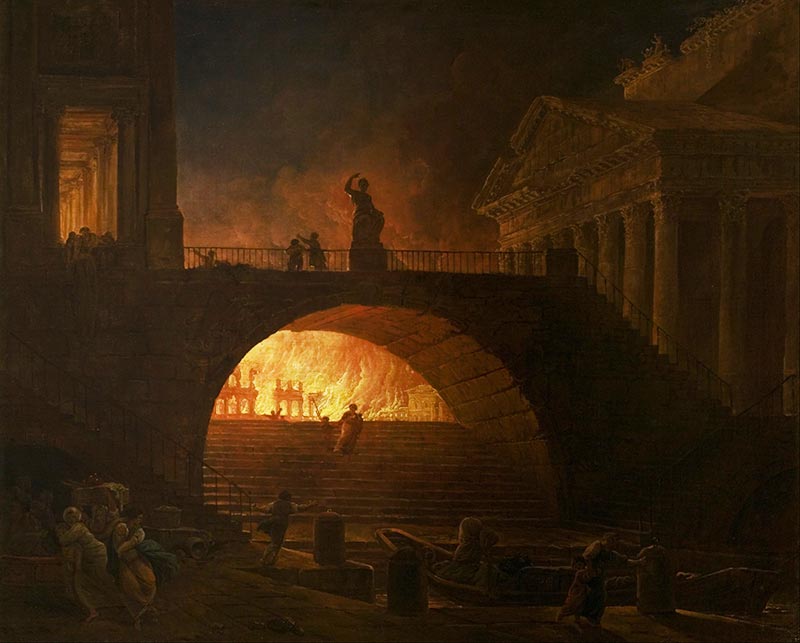 According to Roman historian Suetonius (c. A.D. 69-122), many Romans believed that the Great Fire of Rome (July A.D. 64) was instigated by Nero to clear the way for his planned palatial complex, the Domus Aurea

Nero’s attempts to explain the disaster and deflect criticism of himself all failed until he declared that the fire had been started by the small Christian community in Rome. He initiated the first systematic state-sponsored persecution of Christians on July 24. Arrested, thrown to wild beasts, and crucified, the Christians were rounded up and sacrificed. While the persecution began in Rome, it spread to other provinces of the Empire. Already suspect for their sacramental rites and accused by the Jews of all sorts of evil practices, the Christians’ refusal to worship Caesar as a god brought charges of treason. Although the number of believers killed is unknown, it likely included the Apostles Paul and Peter. 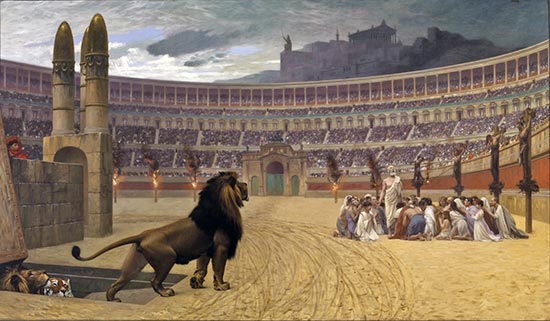 While Nero pursued artistic expression in various ways, his violent excesses, massacre of senators, and neglect of Rome in his later years brought about the withdrawal of Praetorian protection. He tried to commit suicide, but was likely murdered by one of his companions. The Senate declared him an enemy of the state. Most sources for the life and times of Nero are from the next generation of recorders, and all of them are in agreement about his depraved and bloody history. Persecution of Christians would continue among future Caesars from time to time, but the Church grew steadily and in all places of the Empire.