“Now Tobiah the Ammonite was beside him, and he said, ‘Whatever they build, if even a fox goes up on it, he will break down their stone wall.’” —Nehemiah 4:3

“So we built the wall, and the entire wall was joined together up to half its height, for the people had a mind to work.” —Nehemiah 4:6

n 1861, eleven Southern states seceded from the United States. Virginia, one of the last to leave the Union, had been sharply divided. They even rejected secession initially, till President Lincoln demanded that the state supply troops for an invasion to coerce the separated states to return. Emotions ran high at the Virginia Military Institute, where one professor, Thomas Jonathan Jackson, offered his sword to defend the state. He was known for his strong Christian faith and moral rectitude. Within a month, Jackson, a Mexican War veteran and expert in the use of artillery, was awarded the command of a brigade of Virginia infantry. Although Major Jackson was respected as a war hero, the students teased him behind his back as the worst teacher at the Institute; some called him “Tom Fool.” A few wondered if his stiff manners and pedagogical incompetence would translate to the battlefield. They need not have worried. 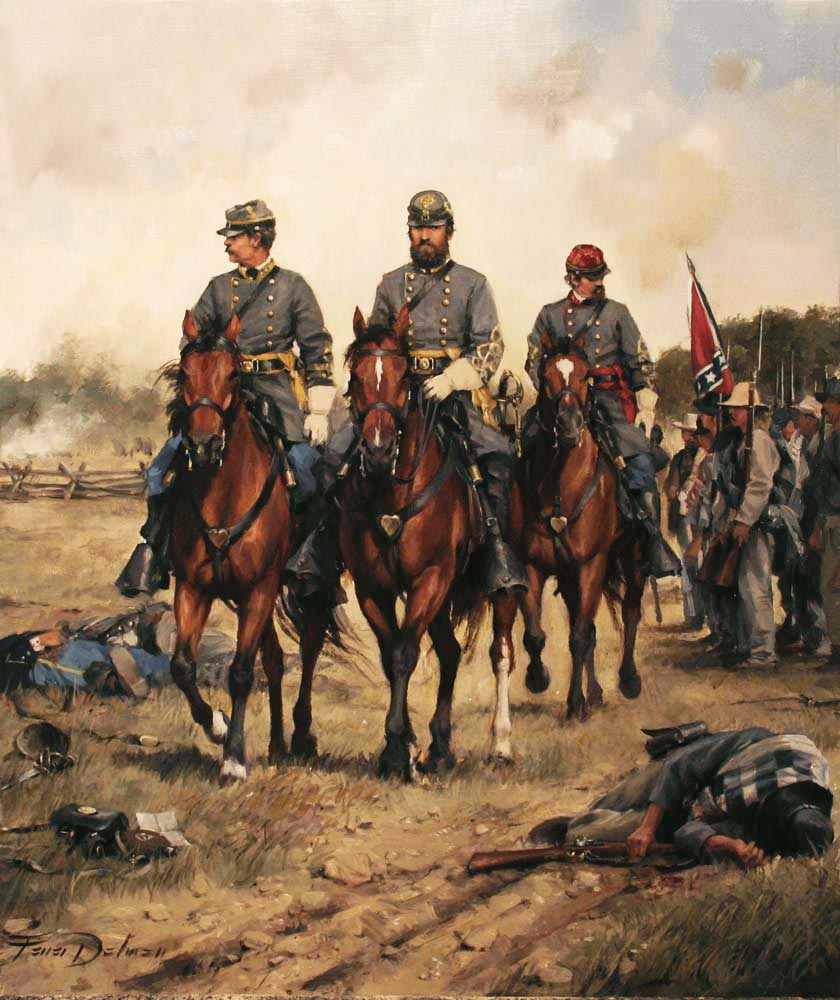 Jackson drilled his men — the 2nd, 4th, 5th, 27th, and 33rd Infantry — most of them from the Shenandoah Valley, at Harper’s Ferry. On July 16, 1861, the Union army of more than 28,000 men commanded by Irvin McDowell, left their camps near Washington, D.C. and crossed the Potomac River into Virginia. Facing them were Confederate forces of some 22,000 infantry, who, like their opponents, were untried volunteers led by amateurs and a few “old army” veterans. The Confederate forces were led by General Pierre Gustav Toutant Beauregard of Louisiana. Skirmishing began on the 17th along Bull Run Creek near Manassas. Four days later the two armies swung into serious action across the rolling fields and streams of the countryside. 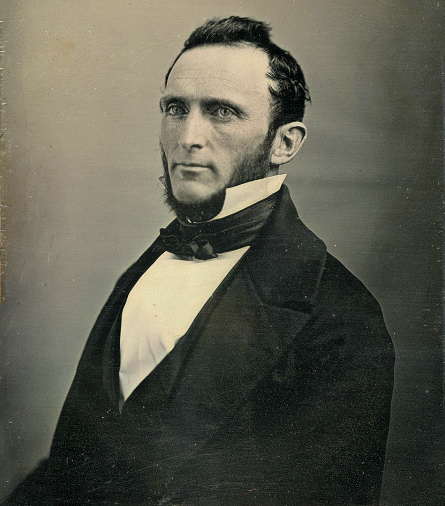 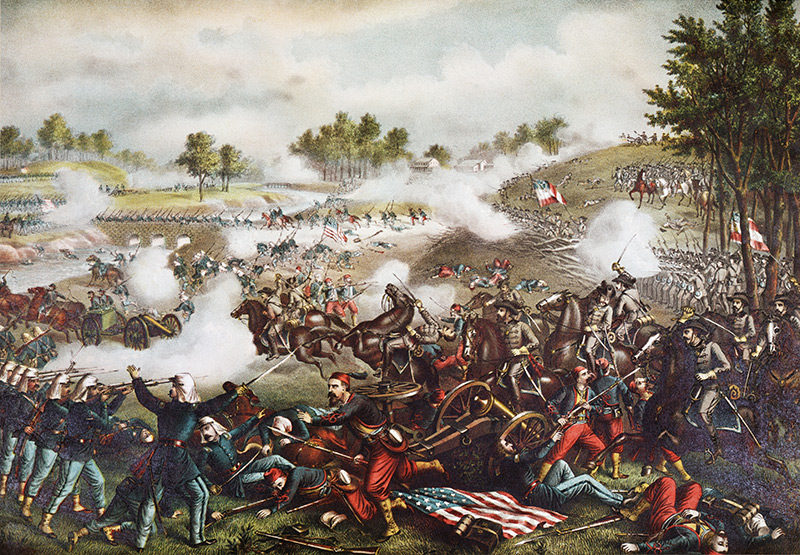 Another Union army of 18,000 men under Patterson were in the northern part of the Shenandoah Valley poised to attack General Joseph Johnston’s Confederates, under whom Jackson’s brigade served, near Winchester. When the Union plans for attacking along Bull Run were discerned, Johnston gave Patterson the slip and marched his approximately 10,000 men east and on to the Piedmont Rail Road to join Beauregard, before the larger numbers of the Yankee army could overwhelm the Confederates at Manassas. Jackson’s Brigade arrived near the battlefield on July 20 and were posted behind the main Confederate lines so they could move forward to the battle as needed. 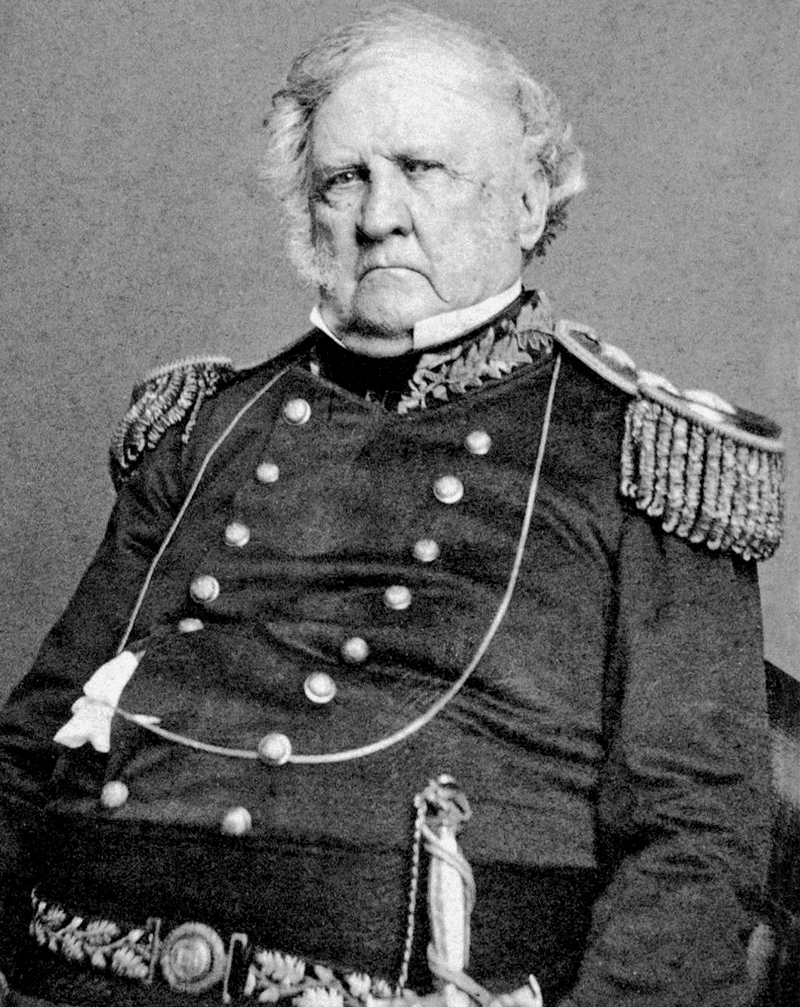 Lt. General Winfield Scott (1786-1866), veteran of the War of 1812 and the Mexican-American War, advised Lincoln on his strategy to subdue the Confederates at the battle of First Battle of Bull Run/ Manassas 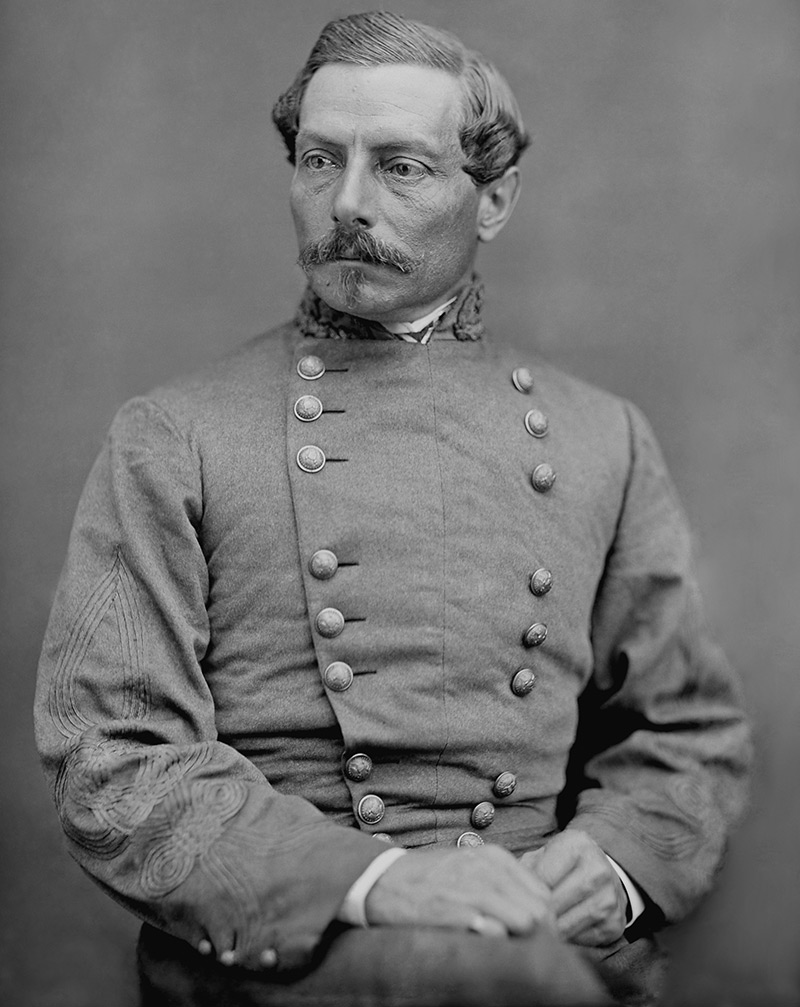 General Pierre Gustave Toutant-Beauregard (1818-1893) who served with distinction in the Mexican-American War as an engineer (under Winfield Scott), led the Confederate forces to victory in July 1861

On the morning of the 21st, McDowell sent 20,000 Union troops who converged against the weak left flank of the Confederate lines. Hastily gathered Confederate regiments tried to stop the onslaught, making several counterattacks that only slowed the blue tide. The brigades of Confederate Generals Bee, Bartow, and Evans broke up and streamed back toward the Henry House Hill with the generals and their staffs trying to stem the retreat. Thomas Jackson’s Virginia Brigade assembled just behind the crest of the hill around noon as their fleeing comrades ran past or rallied in small groups. Confederate artillery posted on the hill began firing with telling effect. 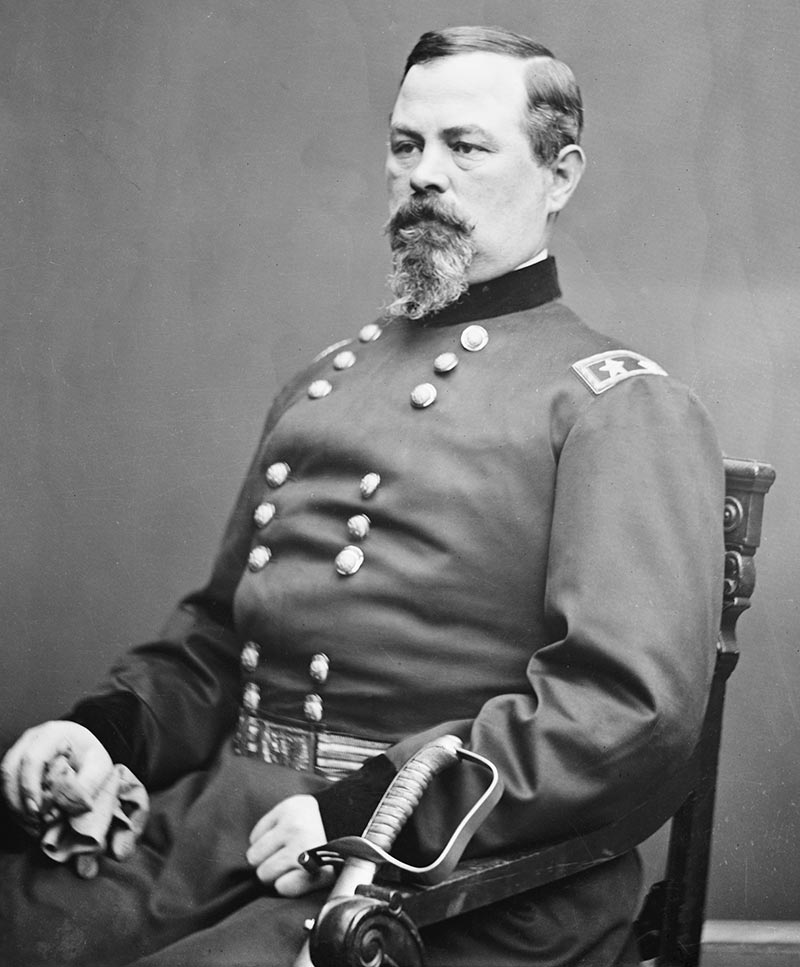 It was later reported that South Carolina General Bernard Bee informed Jackson that his men were being driven and Jackson replied, “We will give them the bayonet.” The Virginians rose up and joined the battle as Bee shouted to his men, “There stands Jackson like a stone wall, let us determine to die here, rally behind the Virginians!” The battle seesawed back and forth, with the Virginians capturing Union artillery. General Bee was killed and his command taken over by Col. States Rights Gist. Jackson was wounded in the hand but in the Providence of the day, the Union forces fell back and fled on the choked roads back to Washington, D.C. 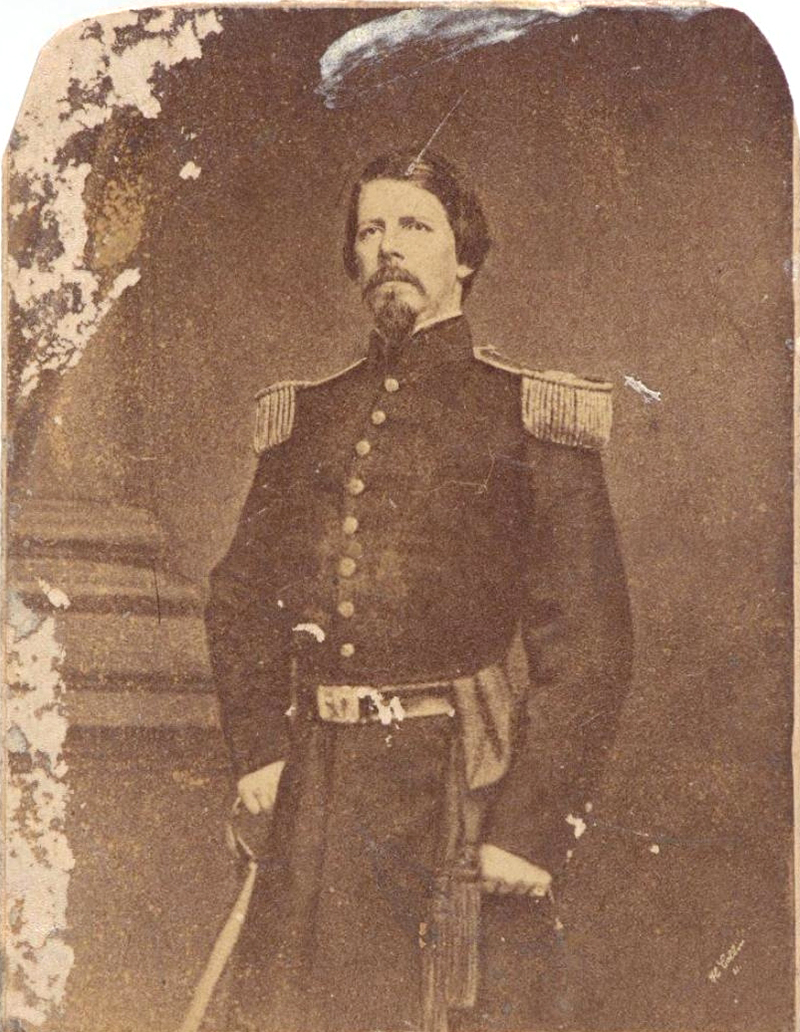 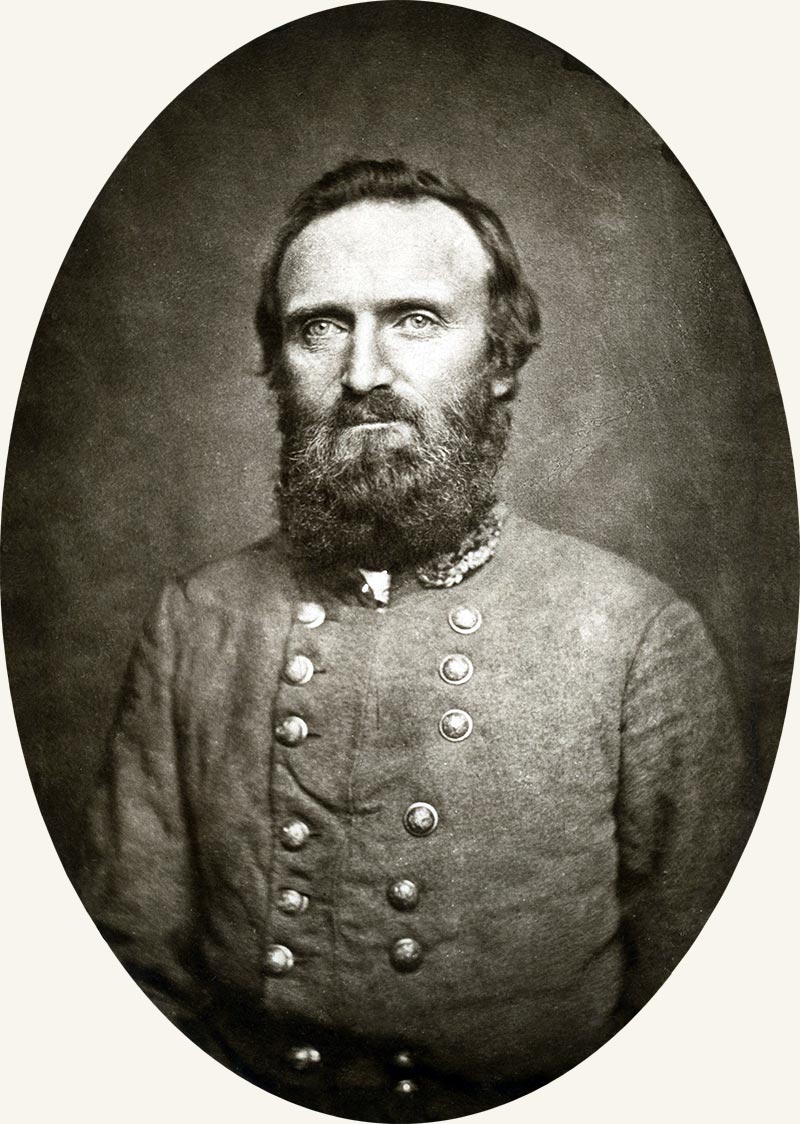 General Jackson at Winchester, Virginia, one year before his death in 1863

During this battle, which became known as First Bull Run or First Manassas, Thomas Jonathan Jackson became “Stonewall.” Forever. His brigade was henceforth known as the “Stonewall Brigade,” which distinguished itself on many a battlefield, to its very destruction before war’s end.