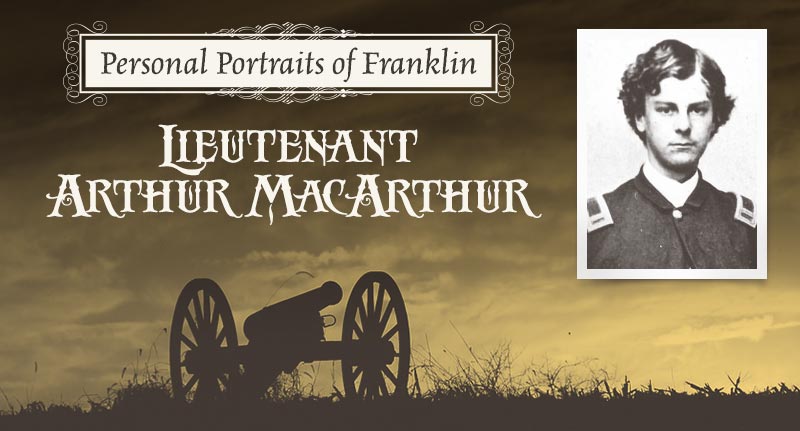 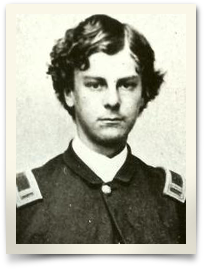 More than 106,000 Confederate and Union soldiers clashed in battle along Stones River in Murfreesboro Tennessee from December 31, 1862 to January 3rd, 1863. The two sides fought to a bloody stalemate, the casualties combined equaling those of Shiloh the previous April. While the battle itself, both tactically and strategically, added little to the reputations of the respective commanding officers, Generals Bragg and Rosecrans, one can well imagine that the impact of the slaughter on the men involved, preyed on the minds of the survivors for years to come. One of those soldiers, however, found such fighting to his liking and would prove on all future occasions a soldier’s soldier until he retired in the early part of the 20th century as the highest ranking general in the United States army.

Lieutenant Arthur MacArthur of the 24th Wisconsin was seventeen years old, a hundred pounds and he didn’t shave yet. Through the political influence of his father, a judge who lied about his son’s age, young Arthur had been appointed as adjutant on the staff of Colonel Larabee, the regimental commander. At the Battle of Perryville young MacArthur had sat astride his horse in a hail of gunfire calmly watching the enemy’s progress. The soldiers in the ranks marveled at his calm self-possession and fearlessness, attributes that would be reaffirmed time and again in battle.

At Murfreesboro, MacArthur remained mounted behind the battle line as his commander waited behind a tree in the rear. The Lieutenant rode back and forth giving commands to the ten company commanders and encouraging the men to stay in the battle line. Faced with three brigades of charging Confederates, the 24th Wisconsin was ordered back. They ran as hard as they could for a thousand yards to the safety of the woods. MacArthur remained on his horse, emptying his revolver before falling back. His brigade suffered more than 33% casualties, devastating losses and the highest in the Union army that day.

By 1864, the 24th Wisconsin was part of Opdyke’s Brigade, and they found themselves in position in the town of Franklin, Tennessee immediately behind the Carter House, a part of the Union line under severe attack by the Confederate troops of John Bell Hood. When the Southerners’ onslaught broke through to the Carter House yards, Opdyke’s men were ordered forward. MacArthur, by now a major, rose in the stirrups and shouted “stand fast 24th,” and “fix bayonets” as he drew his sword. With his pistol in one hand and sword in the other he led his regiment forward. Through attack and counter attack “little Mac” fought alongside his men until he was struck down with a bullet through his leg and one through his clavicle. He was found hours after the battle desperately wounded in the midst of the carnage.

MacArthur returned home and at the end of the war found himself a twenty year old Colonel, destined to a long and distinguished military career, and award of the Medal of Honor for his heroism in the Battle of Missionary Ridge. His post-war commands would include service with his son Douglas, who would one day also be awarded the Medal of Honor after World War II.