“The Earth is the LORD’S and all that it contains, the world, and those who dwell in it.” —Psalm 24:1

any people in every American colony possessed a sense that God had allowed or even ordained, that the English-speaking immigrants would eventually possess the North American continent, even though they did not yet know its extent or the hardships that lay ahead. Long before “manifest destiny” took hold as a term to explain continental expansion, Americans moved relentlessly into the frontier, right up to the barrier of the great Mississippi River. In 1803 the possibility of a great leap forward into the “wild west” was presented to President Thomas Jefferson and he was not shy in accepting and pursuing what Providence had offered. 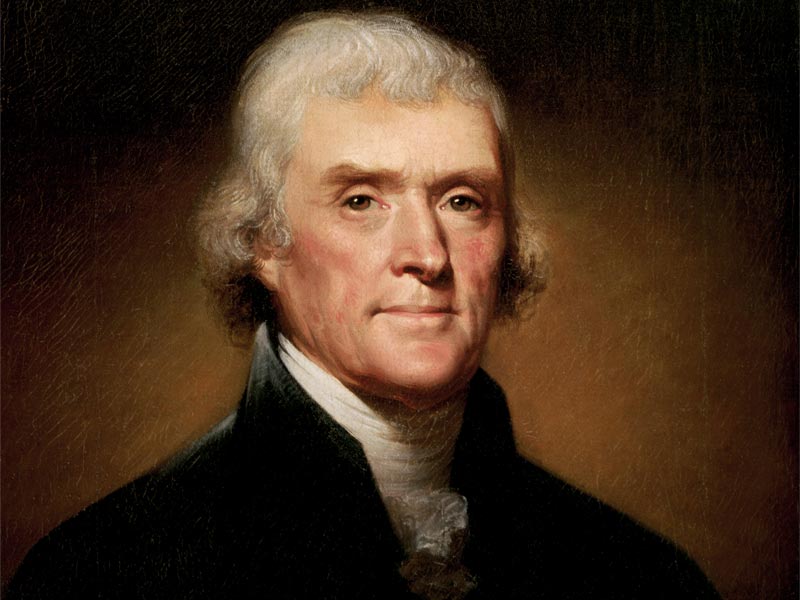 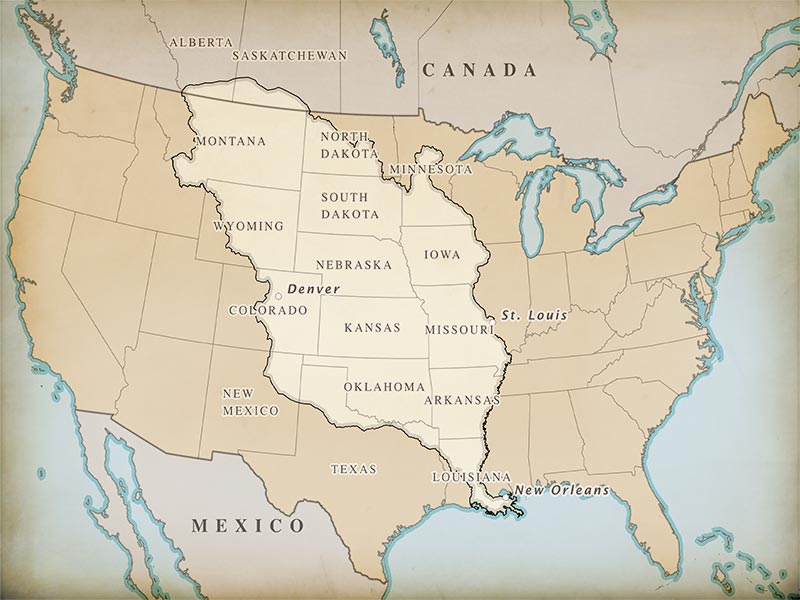 In time, the purchase included lands in what are now 15 states and 2 Canadian provinces

Napoleon Bonaparte, Emperor of the French, approached the American ministers, James Livingstone and James Monroe, with a history-changing offer. A veteran French army had sailed to the island of Haiti to quell a slave revolt and restore the country to French domination and slavery. By the time the attempt had failed, more than ten thousand French soldiers had died from yellow fever and combat. With the death of Napoleon’s army in the Caribbean, the city of New Orleans and Louisiana territory recently acquired from Spain in a secret treaty, could not now anchor the expanding French Empire in the New World or be defended if the United States decided to act. American traders, especially with agricultural products, sailing down the Mississippi river, required the warehouses and docks of New Orleans for entry into world markets through the Gulf of Mexico. The two American ministers had been dispatched to purchase the city from Napoleon, if the Emperor could be enticed to sell. 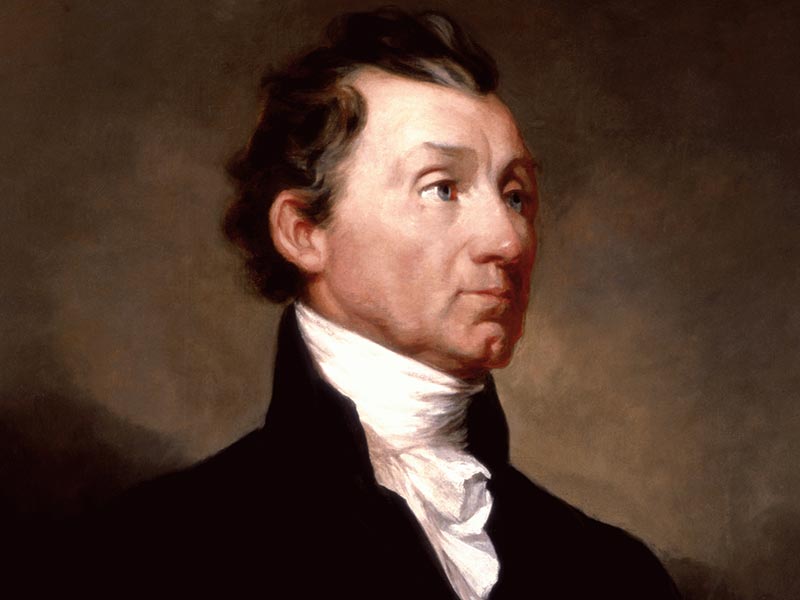 As diplomat to France, James Monroe (1758-1831) helped negotiate the purchase 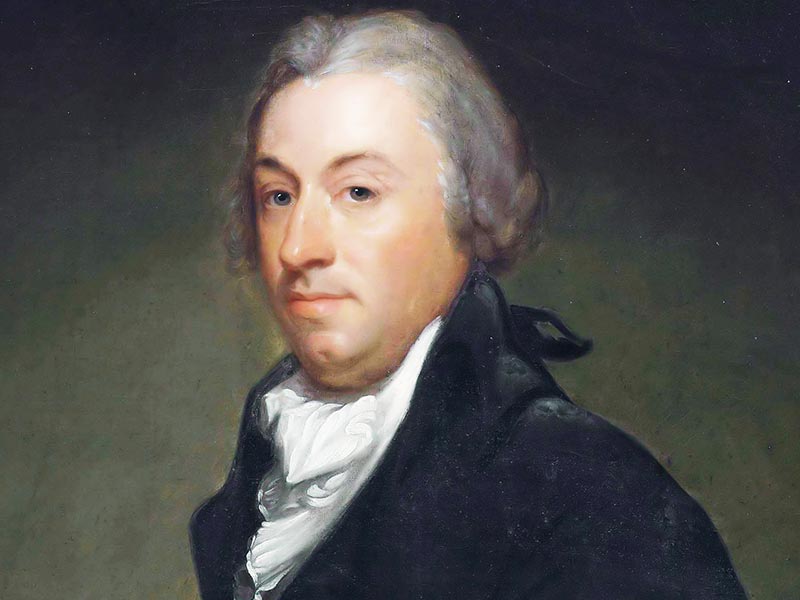 As U.S. Minister to France, Robert Livingston (1746-1813) negotiated the purchase

Livingstone was authorized to offer ten million dollars for New Orleans. Talleyrand, the French foreign minister, although personally opposed to the deal, offered the city and the Louisiana territory for fifteen million dollars as Napoleon ordered. The deal amounted to about three cents per acre and doubled the size of the United States. The American ministers believed that President Jefferson would approve the deal and signed the agreement before the mercurial emperor could renege. Napoleon saw war with Britain inevitable and did not need North American property to worry about, and he could use the money to help finance France’s wars. Jefferson readily agreed to the treaty, being convinced it fell within his strict constitutional views of presidential responsibility. Not everyone agreed. 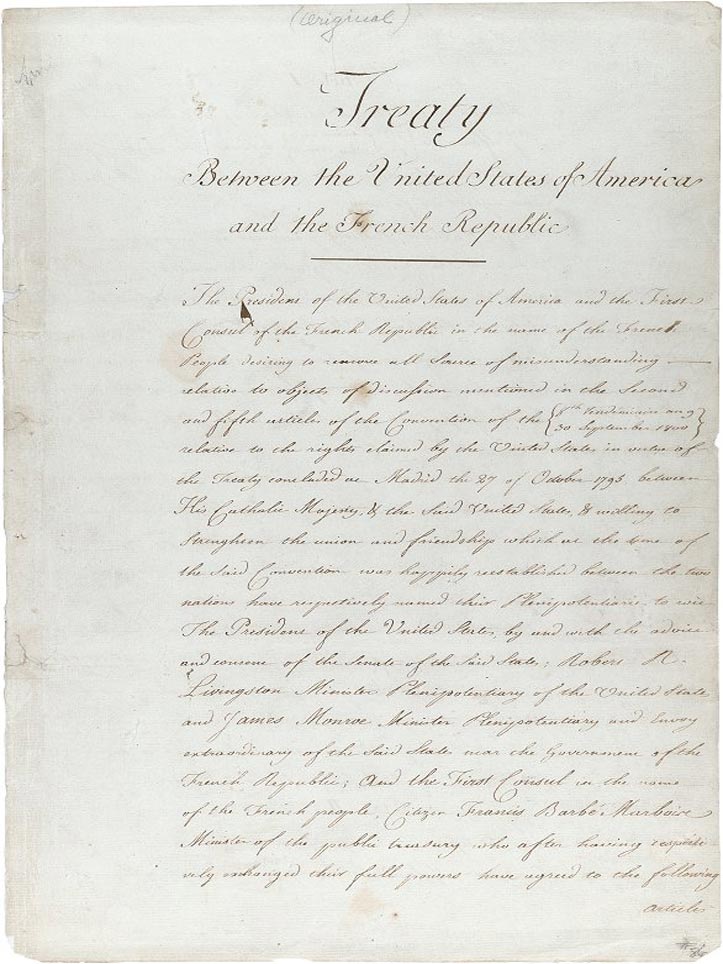 Since the treaty had to be approved by the Senate and the money appropriated by the House of Representatives, the Federalists pulled out the stops to prevent the deal from being consummated. The New England Federalists objected on several fronts. The treaty would anger England and thereby damage political and perhaps economic relations with New England’s favorite European power. New Southern states could be carved from the territory and the Federalists could not bear the thought of even more Jeffersonian Republican political power. Eastern seaboard ports like New York and Boston might lose business. Timothy Pickering of Massachusetts even broached the idea of secession. 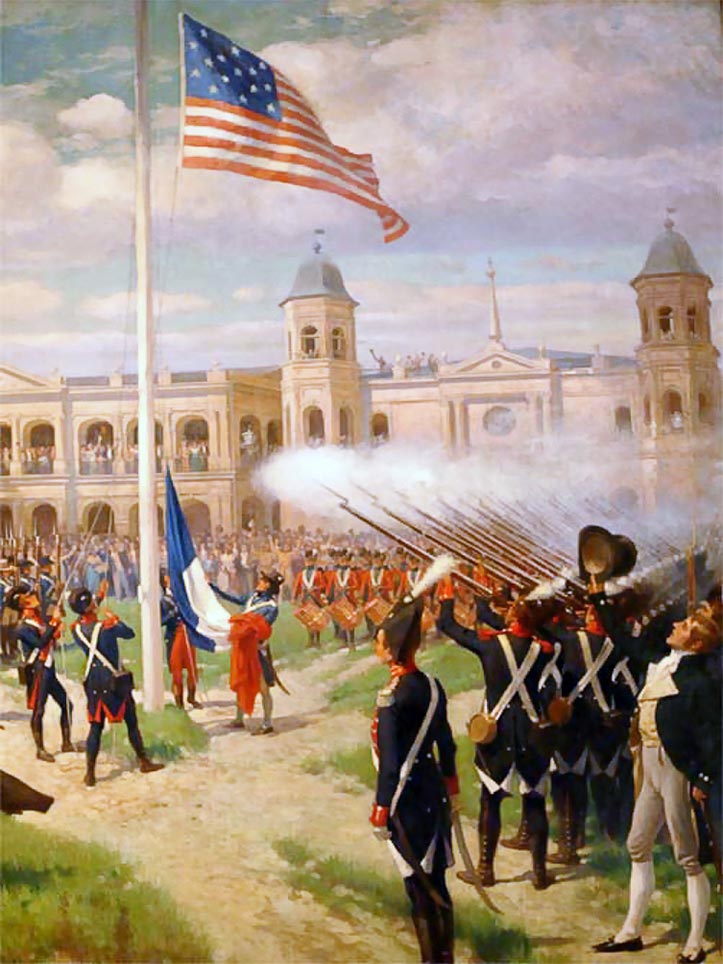 A flag-raising at Place d’Armes (now Jackson Square) in New Orleans marks the transfer of sovereignty over Louisiana from France to the United States, December 20, 1803

The House appropriated the money by two votes 59-57 and the Senate ratified the treaty 24-7. A civil government was quickly authorized and military powers granted to the President to protect the acquisition. Thomas Jefferson began planning for an expedition to survey the new land, which eventually resulted in one of the greatest explorations in history, with Lewis and Clark’s Corps of Discovery. The Louisiana Purchase resulted, over time, in the creation of fifteen states and parts of two Canadian Provinces. 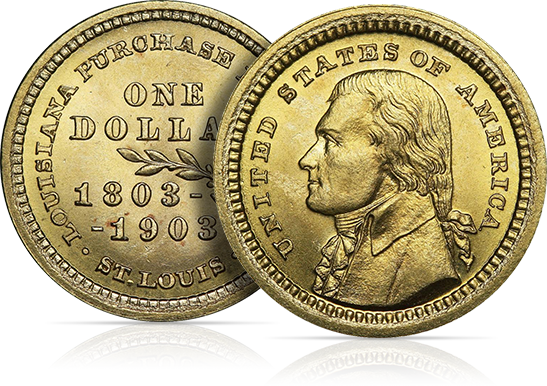 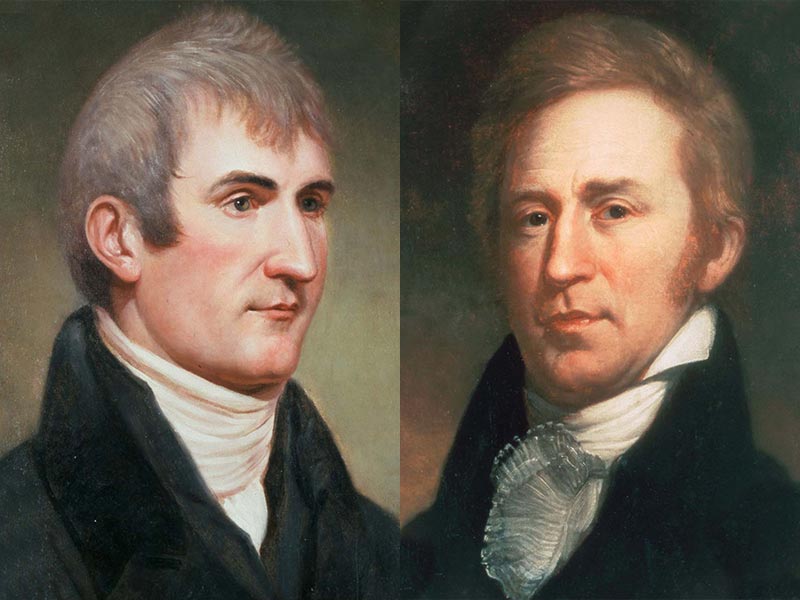 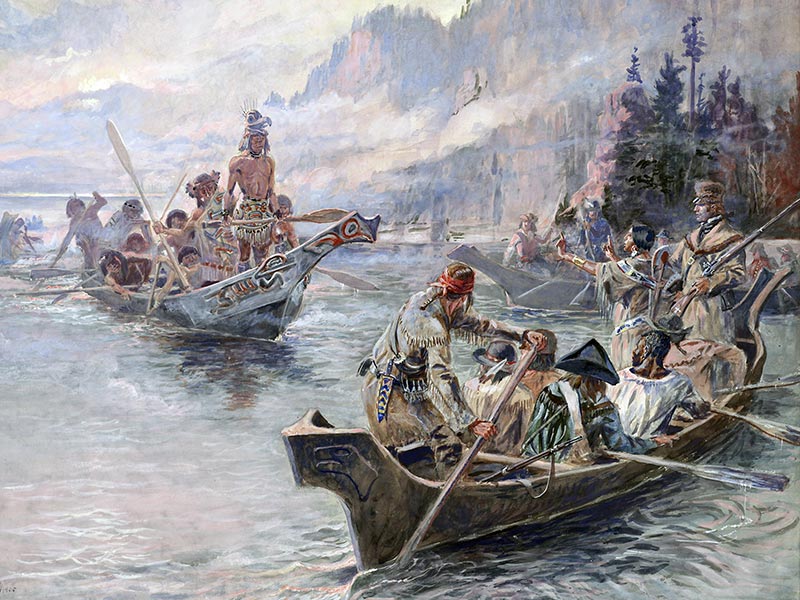 The Corps of Discovery encounters Chinooks on the Lower Columbia River, October 1805