Signing of the Mayflower Compact, 1620

“These all died in faith, not having received the promises, but having seen them afar off, and were persuaded of them, and embraced them, and confessed that they were strangers and pilgrims on the earth” —Hebrews 11:13

Signing of the Mayflower Compact, November 11, 1620

020 marks the Quadricentennial of the landing of the dissenting English Puritans known as Pilgrims, north of Cape Cod, where they established a colony they named Plymouth, after the port from which they sailed from England. Because their charter indicated they would join the Virginia colony along its projected northern boundary, no preparations had been made to create a new government, Virginia having established one in 1607. God controls his creation, including, and especially, the weather, the wind and the waves, which drove the little ship the Mayflower north of the Virginia boundaries into terrra incognita, as far as the Pilgrims were concerned. They recognized that the men would need to establish a civil government before settling the colony. 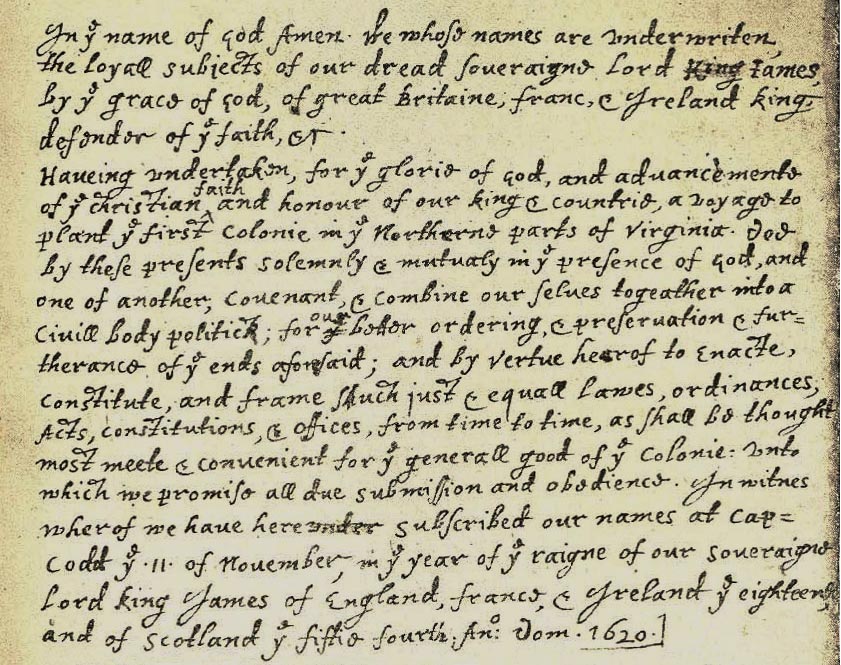 Though the original Mayflower Compact is lost to history, the text was transcribed in numerous places, including this hand-written copy included by William Bradford in his Of Plymouth Plantation

Of the 102 souls aboard the ship, 41 belonged to a Separatist congregation that worshipped in the Dutch Netherlands as ex-patriot Englishmen. They had fled to the continent with their pastor, John Robinson, to escape persecution from the Crown of England and the Anglican establishment. They were granted freedom of worship in Holland. It was not long before the local church leaders in the new host country grew to respect the character and scholarship of the pastor, and welcomed the hard working and godly Englishmen. After several years of sojourn, the congregation decided to sail for the New World, if God would so ordain. Pastor Robinson chose not to leave for the Virginia Colony on the first shipload of his emigrating parishioners, but the highly competent elder William Brewster joined the group. The rest of the passengers aboard were not members of the congregation and were known by the Pilgrims as “strangers.” 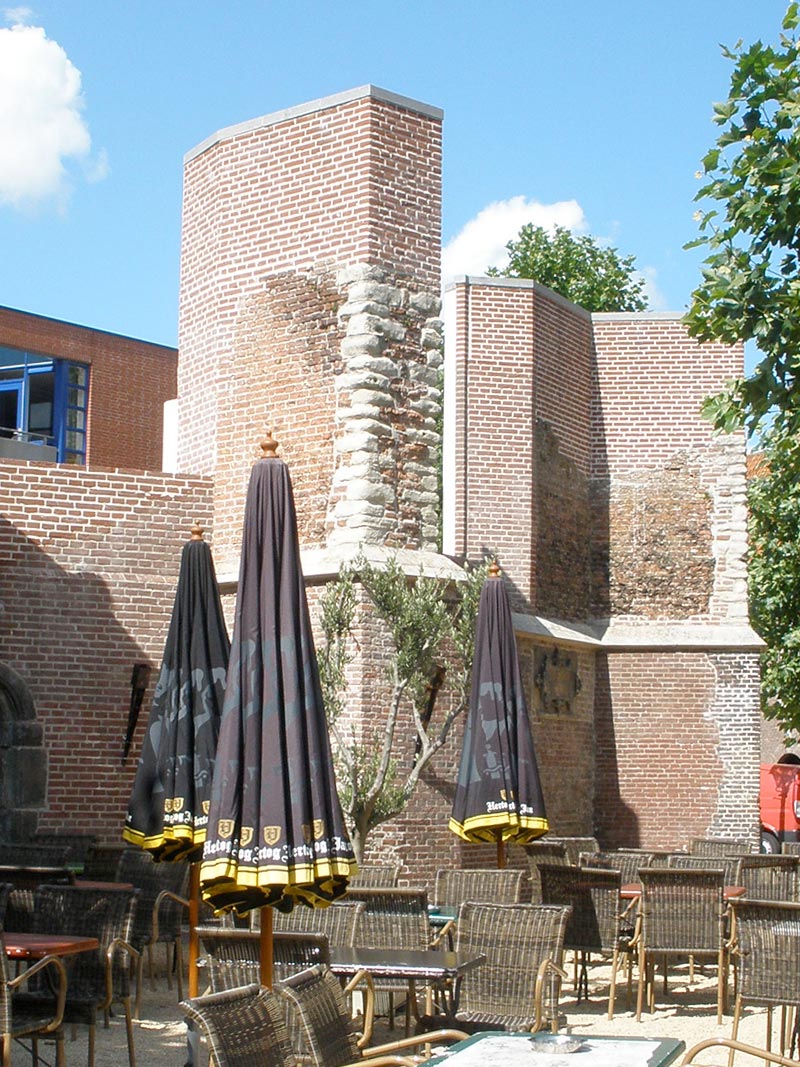 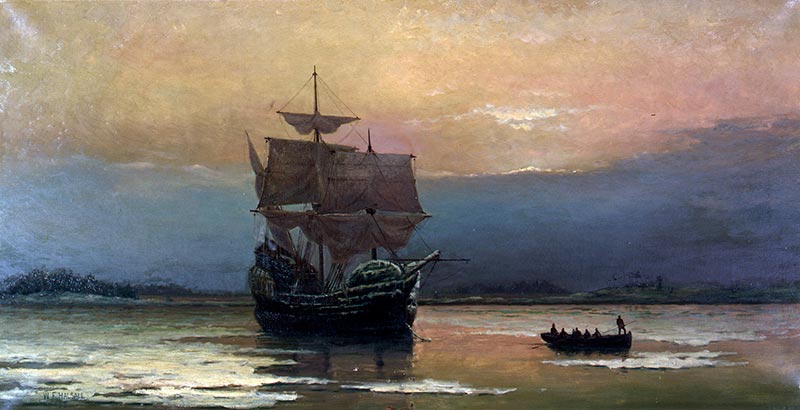 The Mayflower in Plymouth Harbor

After a harrowing passage of more than two months, the Mayflower rode at anchor near Cape Cod. Preparing to land about two hundred fifty miles north of the planned settlement area, they were outside the jurisdiction of the Virginia Company, the joint stock venture that had granted them the patent. Some of the strangers aboard did not like the idea of settling with the Pilgrims without some kind of legal boundaries. Historians have suggested that perhaps Stephen Hopkins or the “knave” John Billington instigated the grumblings of mutiny. The recorder of the voyage and settlement, William Bradford in his firsthand account entitled Of Plymouth Plantation never named the discontented but did say that some of the strangers made it known that no one would tell them what to do! 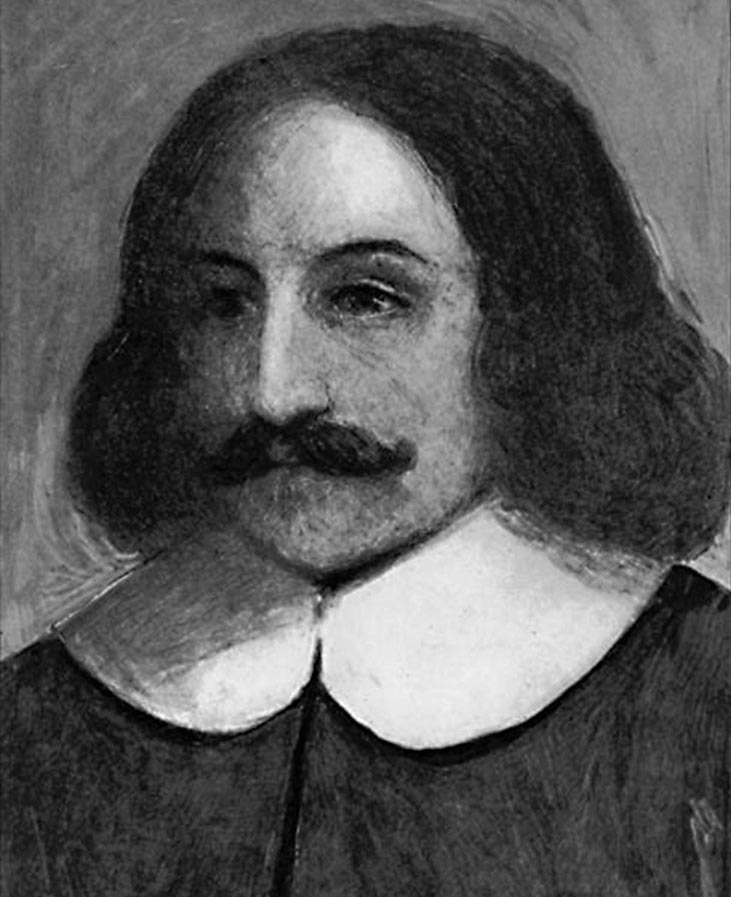 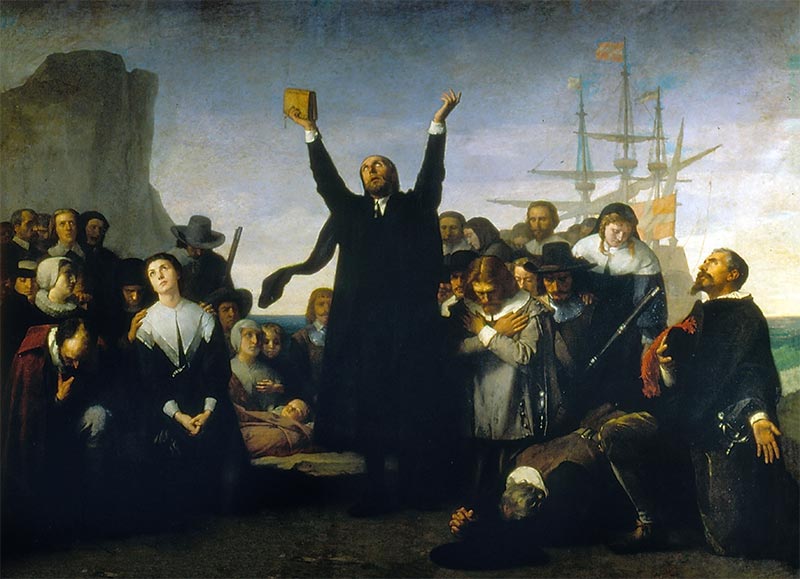 The Pilgrims come ashore in the New World

The Pilgrims consulted together and wrote out a brief constitution to serve as the basis for civil government when they landed. It has become known as The Mayflower Compact, the original copy of which has been lost to history. The opening line stated “In the Name of God, Amen” declaring the ultimate source of authority in God Himself. They furthermore stated their obedience to King James who held his position “by the Grace of God.” The signers covenanted to combine into civil body politic and to “establish just and equal Laws . . . for the general good of the colony.” Their chief purpose of the colony was to promote “the Glory of God, and Advancement of the Christian Faith.” In so doing, they were following the counsel of their pastor and committing themselves to self-government for the “general Good of the Colony” to which they all would submit. 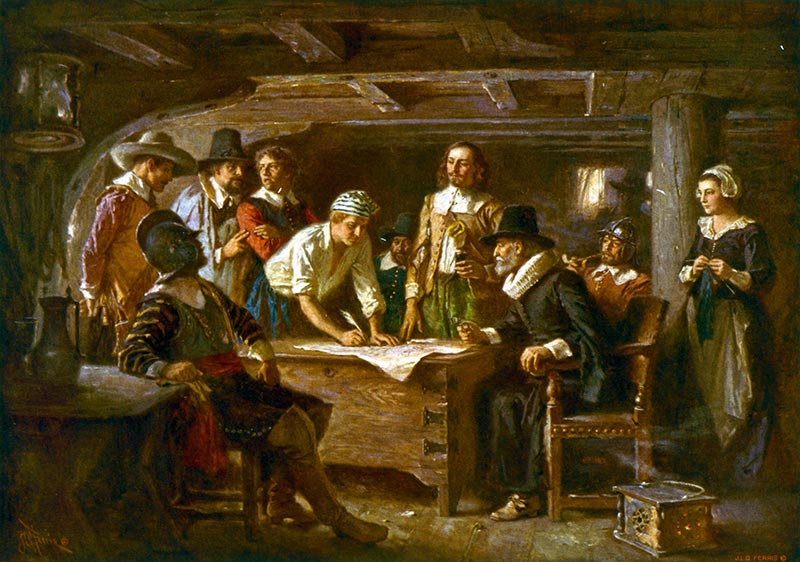 The signing of the Mayflower Compact

Forty-one men signed the Compact, including most of the strangers, and elected John Carver governor of the plantation. Carver was a devoted church deacon who had proved himself wise and devout, and had represented the Pilgrims before the merchant adventurers. The rest of the story is well known by those who study American history. They landed at a spot they called Plymouth, set up camp and suffered terrible privation through the first winter, many of them dying in the effort. In God’s good Providence, the colony survived. The descendants of the survivors of the Mayflower number an estimated thirty-eight million Americans today and the Compact they drew up symbolizes voluntary representative government which has inspired nations around the world, and is considered by many as the historic cornerstone of law and government in the United States. 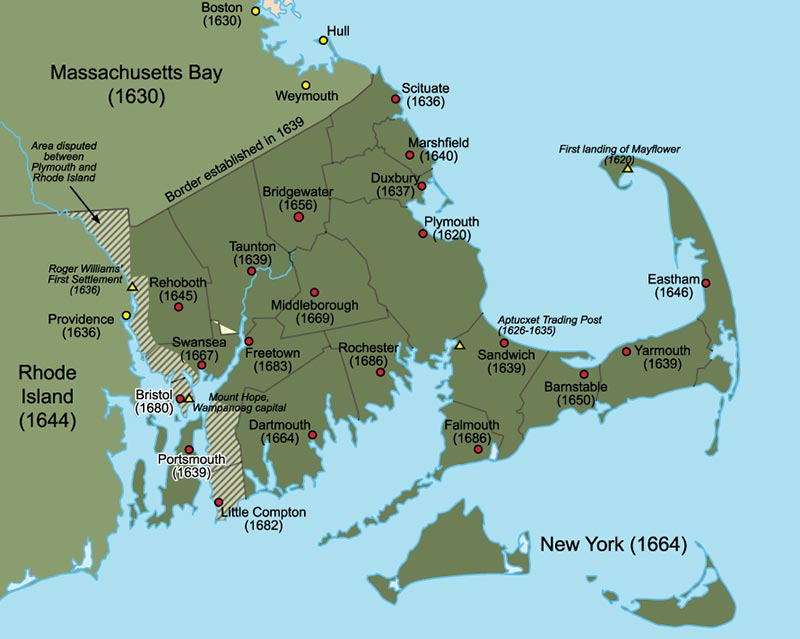