The Overthrow of Hawaii’s Queen Lili’uokalani, 1893

The Overthrow of Queen Lili’uokalani,
January 17, 1893

ritish Captain James Cook is generally recognized as the first European to lay eyes on the islands he named after his patron, the Earl of Sandwich, in 1778. In time, the local name of the largest island, Hawai’i, gave its name to the eight isles that make up the modern American state of Hawaii. In common with Texas, it was the only other state that was an independent nation prior to statehood. Like Texas, it was a Christian nation. But unlike the Lone Star State, the Christian Queen of Hawaii was overthrown in a coup by American businessmen in collusion with the American government backed by United States Marines, in 1893. Although President Grover Cleveland determined that the coup was illegal, and tried to reinstate the Queen, the fait accompli prevailed, and the island kingdom became a protectorate of the United States, and in sixty-seven years, a state. 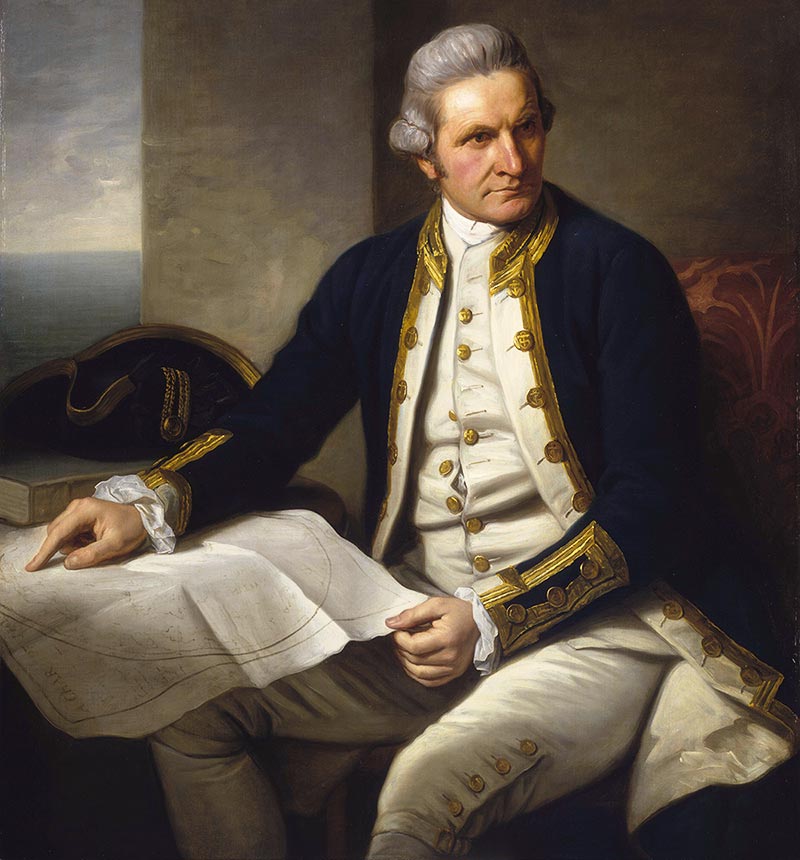 The modern history of Hawaii began with internecine warfare in the last two decades of the 18th Century which ended in the triumph of King Kamehameha I, who established a monarchic dynasty which lasted until 1872 with the death of Kamehameha V. Two events had profound impact on the Hawaiian Islands in the 19th Century—the development of the sugar industry and the success of the Christian Gospel brought there by American missionaries.

Sugar exporting began shortly after the arrival of the British expeditions of Captain Cook. From 1835 to 1865, sugar plantations were constructed on the four largest islands and utterly dominated the economy of the nation. Both England and America competed for economic dominance on the other end of the world. 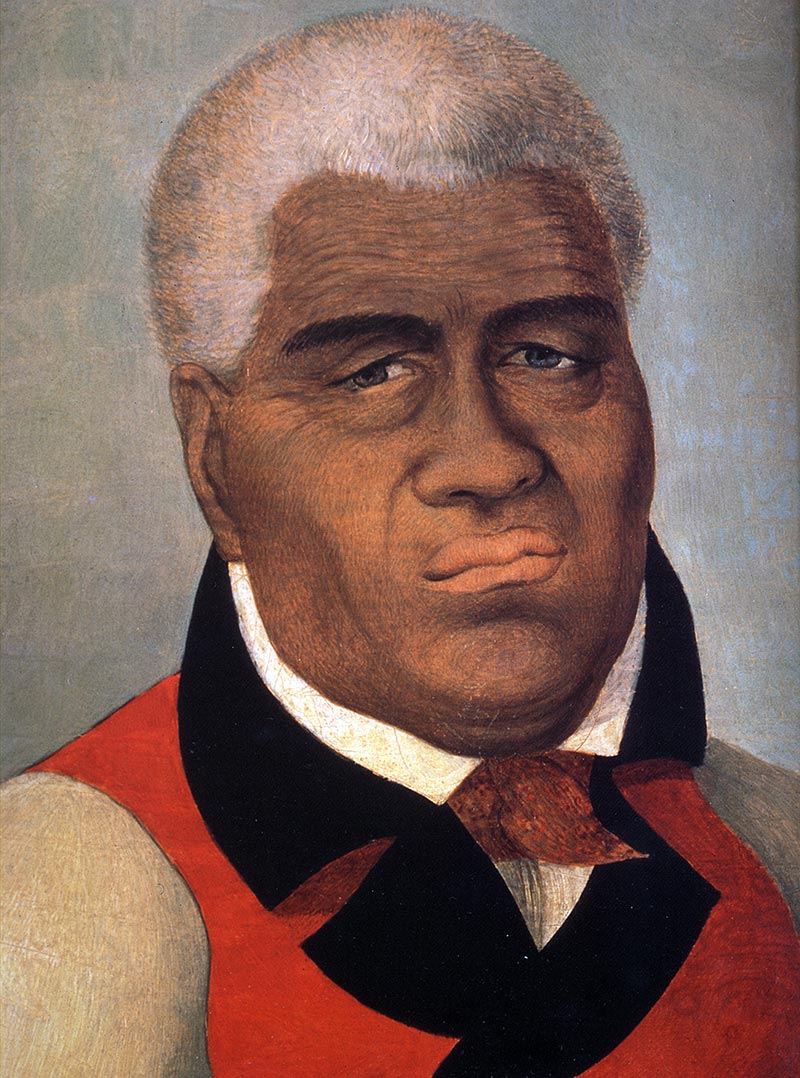 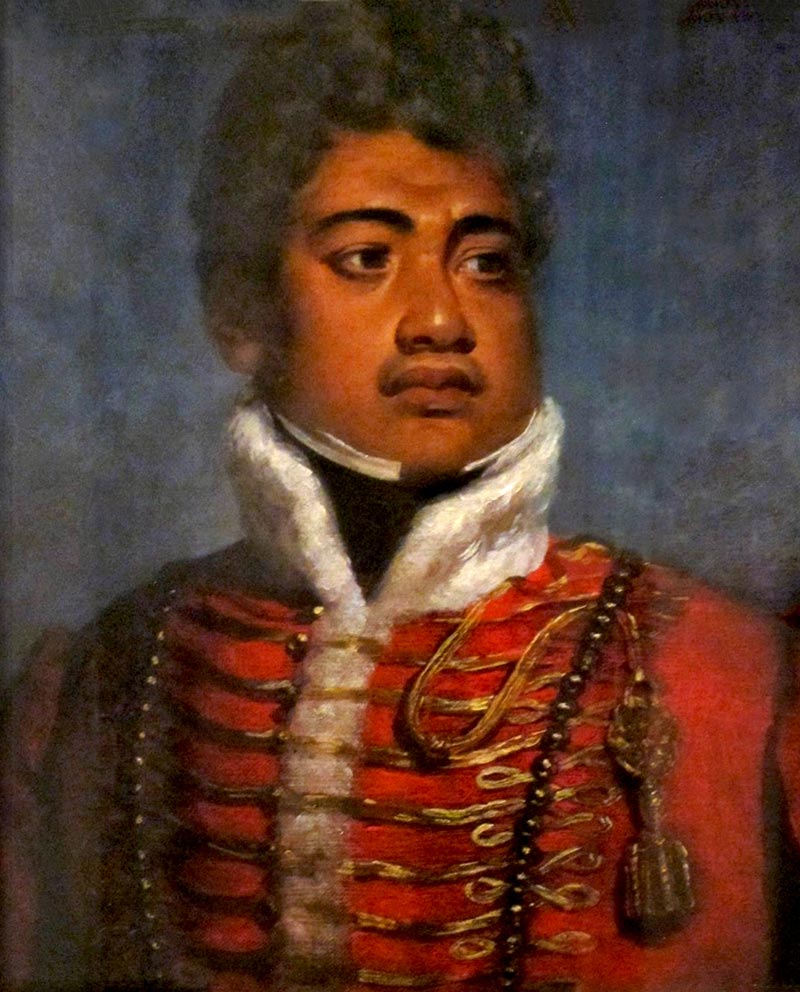 King Kamehameha II (1797-1824) abolished the ancient pagan “kapu” religious system. He died of measles at the young age of 26 during a diplomatic visit to London.

The ancient pagan “kapu” religious system continued to prevail during the reign of Kamehameha I but was abolished by his son and successor. The American board of Commissioners for Missions, an ecumenical Reformed missionary association based in New England, sent fourteen missionaries (Presbyterian, Congregationalist, and Dutch Reformed) on one ship to bring the Gospel to the Sandwich Islands. They arrived in April of 1820. After centuries of human sacrifice, cannibalism, and demon worship, the light of the Gospel shown on Hawaii and the Holy Spirit was pleased to bring many people to faith in Christ. With the approval of the king, Rev. Hiram Bingham led the missionaries to establish headquarters in Honolulu. They learned the language, created a written alphabet, taught it back to the natives, translated the Scriptures and preached to them in the vernacular. Succeeding waves of missionaries arrived throughout the century and most of the children of the missionaries remained there, establishing educational institutions, joining in business ventures, often sugar planting and trade, as well as intermarrying with Hawaiians. Within two generations, members of the royal family had become Christians also. 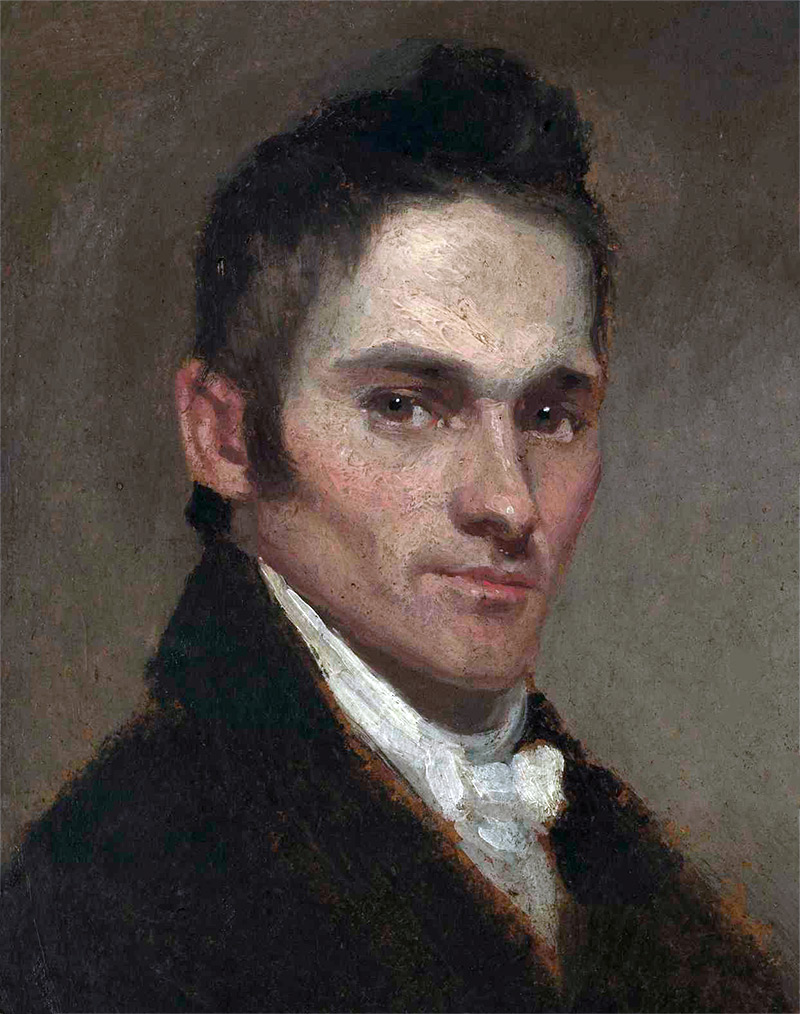 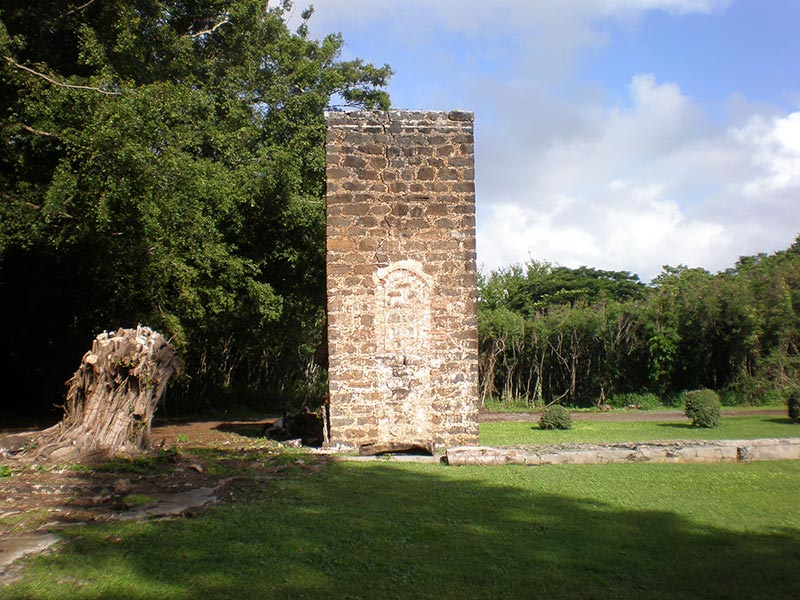 A stone chimney and foundation are all that remain of “The Old Sugar Mill”, Hawaii’s first commercially successful sugarcane plantation founded in 1835 on the island of Kauai.

The sugar barons were active in Hawaiian and American politics, and between 1887 and 1895, fomented a series of rebellions against the King of Hawaii. The “Reform Party” protested the growing debt of the kingdom, as well as the corrupt bargains made by the king himself with foreign interests. A coalition of cabinet members, sugar planters, and royal advisors imposed a constitution on the king, the so-called “bayonet constitution,” for they used United States Marines to force compliance by King Kalākaua. He was stripped of his powers and only wealthy Americans, Europeans and Hawaiians were given the right to vote. The king died on a visit to San Francisco in 1891 and his sister Lilioukalani became the Queen and ruler of Hawaii. 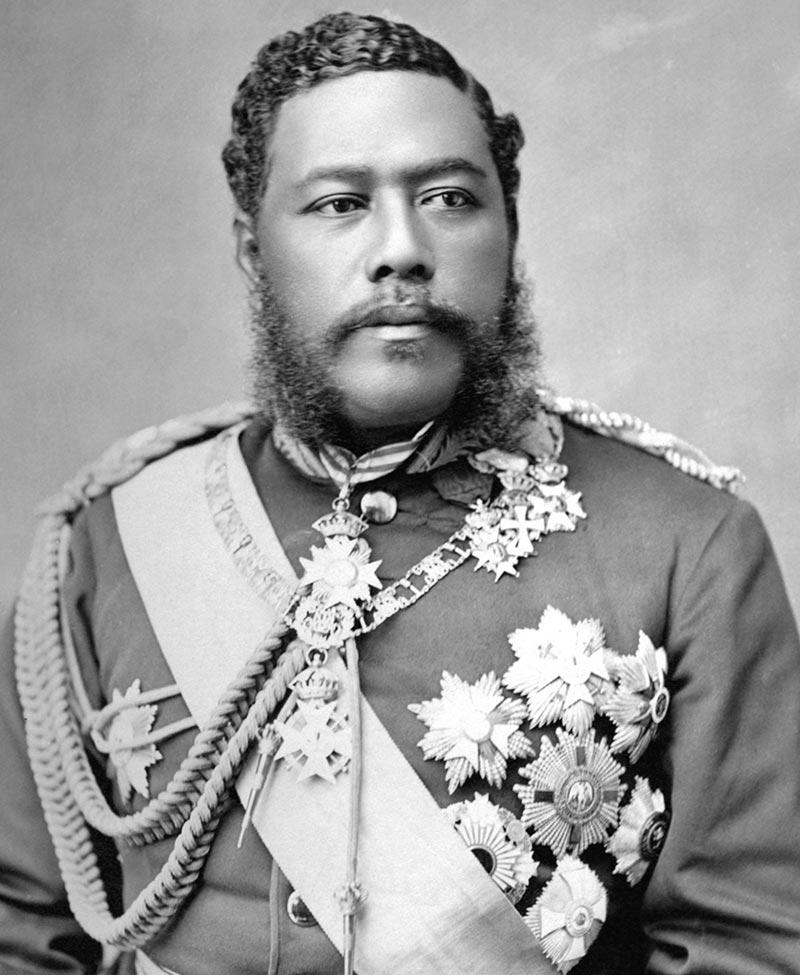 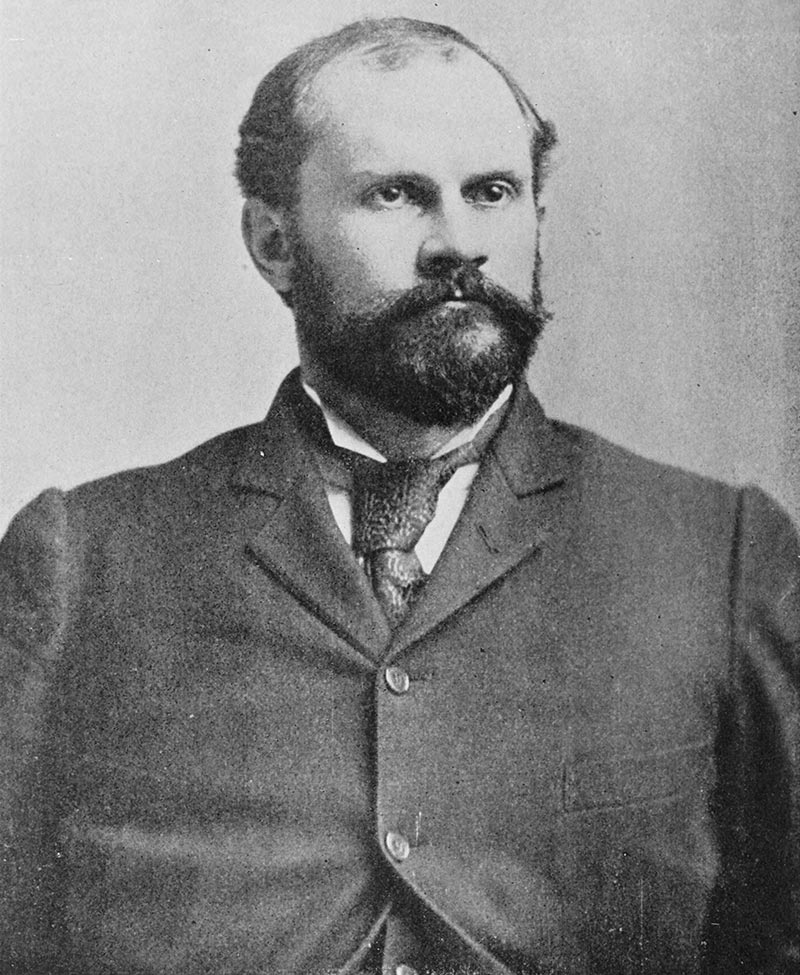 Lorrin Thurston (1858-1931), grandson of Christian missionaries to Hawaii and a key figure in the overthrow of Hawaii

The Queen believed that the majority of Hawaiians did not want the new constitution and took steps to rid the nation of the imposed document. A “Committee of Safety” in the “Name of the people” organized a coup with the American minister to Hawaii, John L. Stevens. Citing imminent danger to Americans and their property, Marines and sailors of the U.S. Navy were brought to shore and the Queen was deposed on January 17, 1893. A provisional government was established by the Committee of Safety. The Queen wrote in response:

That I yield to the superior force of the United States of America whose Minister Plenipotentiary, His Excellency John L. Stevens, has caused United States troops to be landed at Honolulu and declared that he would support the Provisional Government.

Now to avoid any collision of armed forces, and perhaps the loss of life, I do this under protest and impelled by said force yield my authority until such time as the Government of the United States shall, upon facts being presented to it, undo the action of its representatives and reinstate me in the authority which I claim as the Constitutional Sovereign of the Hawaiian Islands. 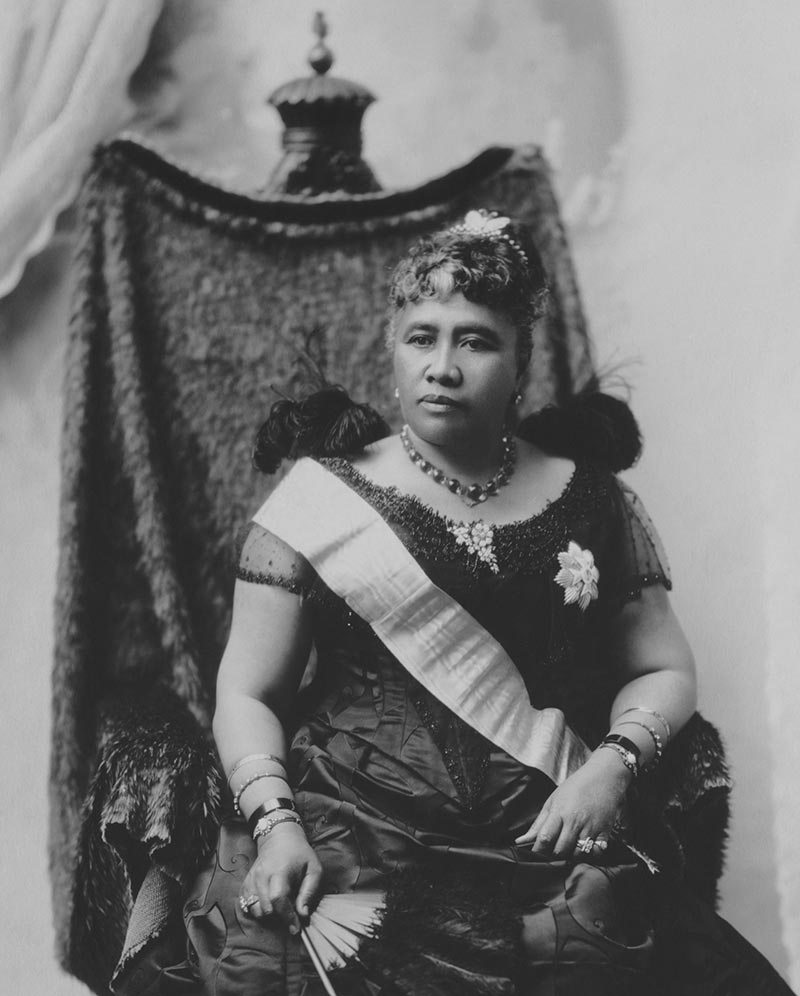 After lengthy investigation, by the American Congress and President, the Republic of Hawaii was declared on the 4th of July, 1894, with Sanford Dole as President. The United States got their permanent naval base at Pearl Harbor.