The Death of General Hugh Mercer, 1777

ugh Mercer was born fighting. His military service ranged over two continents and three different armies, which reflect his devotion to his calling as a doctor and a soldier, and a temporary change of heart regarding his loyalties. George Washington considered Mercer one of the best soldiers in North America and instigated his promotion to Brigadier General in the American Army. Mercer was at the sharpest end in his final battle, commanding the 3rd Virginia Infantry of the Continental Line, helping Washington win the great victory at Princeton at one of the moments of great crisis in the War for Independence. 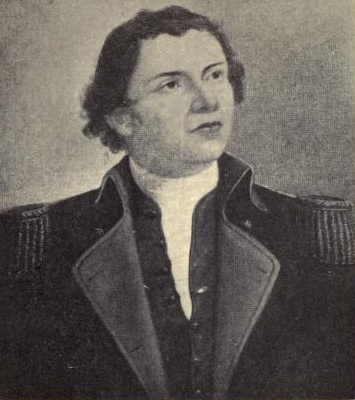 General Hugh Mercer (1726-1777), as portrayed by his son Hugh, Jr. in a portrait based on a sketch by artist John Trumbull

Hugh was born near Aberdeen, Scotland in 1726, son of a Church of Scotland minister. After a rigorous classical education, he earned a master’s degree and trained to become a surgeon. The Mercer family, though Presbyterian, supported the dynastic claims of Bonnie Prince Charlie, and Hugh joined the Jacobite army as an assistant surgeon. The military fortunes of the Pretender’s army declined until extinguished at the Battle of Culloden, where Hugh Mercer escaped the English pursuers and slipped aboard a merchant ship bound for America. Upon arrival in Philadelphia, Hugh travelled to the back-country and served as a country physician. He settled in the area now named after him—Mercersburg. 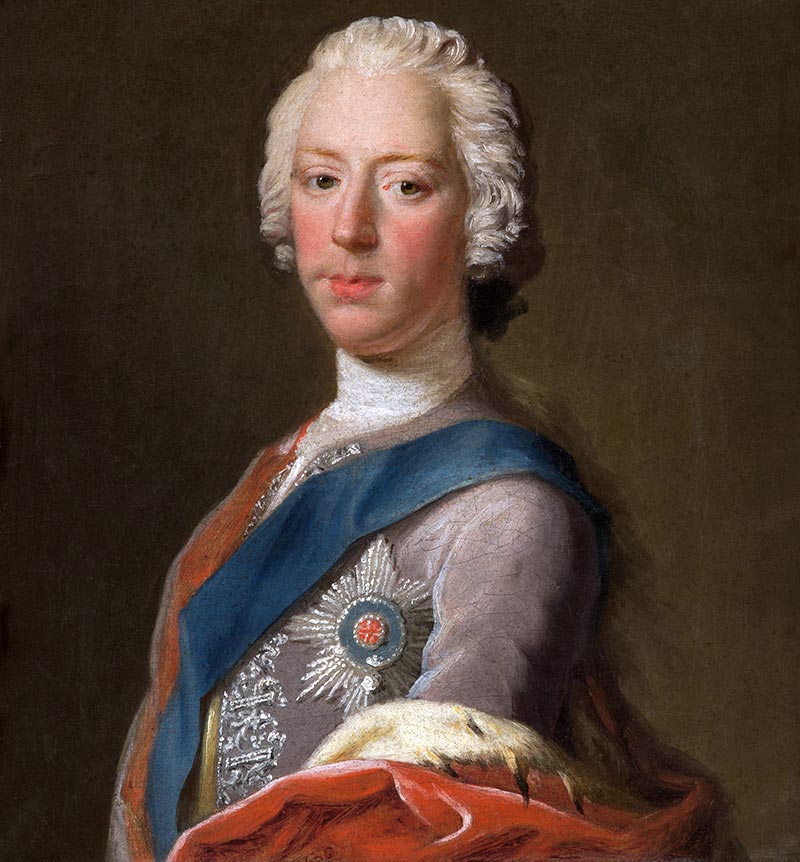 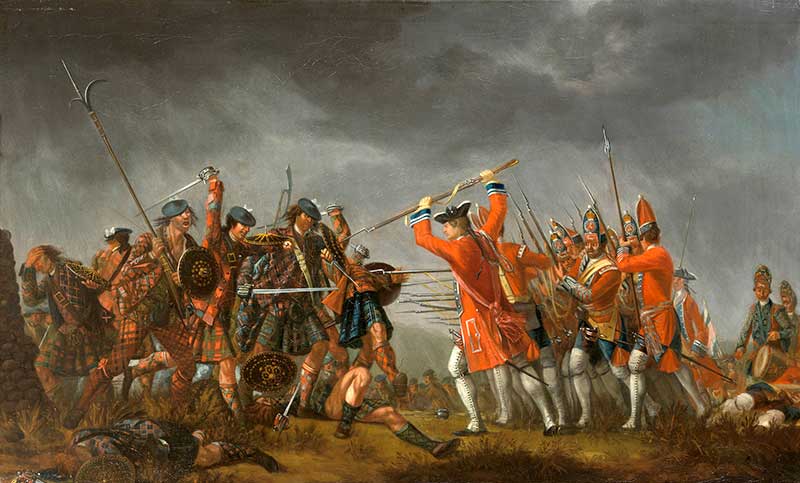 The Battle of Culloden, April 16, 1746, effectively put an end the Jacobite Rebellion

General Edward Braddock had led British troops and American militia to a dazzling defeat at the hands of the French and Indians along the Monongahela River in Western Pennsylvania in 1755, thus opening the frontier to further incursions and war. Dr. Mercer obtained a Captain’s commission from his colony to fight against Britain’s frontier enemies. After an Indian ambush where he was the only survivor, Hugh made his way through a trackless one-hundred-mile wilderness with a shattered arm, and arrived in Philadelphia for treatment. He became a local hero, was promoted to Colonel, and ended up under the command of Virginian George Washington, a fellow Colonel. Mercer was assigned the road-building duties to Fort Duquesne, which eventually led him to guiding the construction of Fort Pitt at the confluence of three rivers, and the Fort at Presque Isle on Lake Erie. 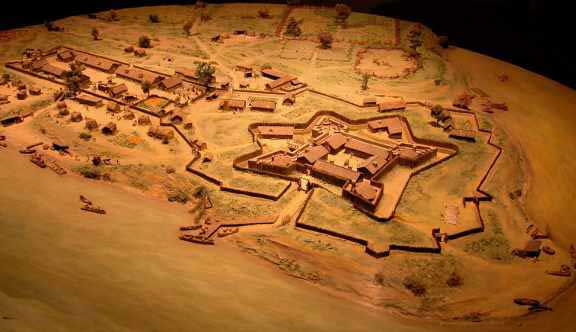 Fort Duquesne in modern-day Pittsburgh, Pennsylvania, where Mercer served for a time

Following the French and Indian War, Colonel Mercer settled in Fredericksburg, Virginia where he opened a very successful medical practice, especially among the substantial Scottish community. He married into a popular local family and acquired significant property holdings, including George Washington’s Fredericksburg farm. Active in the resistance movement from the start, Dr. Mercer led the Sons of Liberty and commanded a militia company, which became part of the 3rd Virginia Regiment, Continental Line, with Hugh appointed by Congress as Colonel and, within a year, General, under his friend and old comrade, George Washington. The old (age 35) Scottish Jacobite had come full circle and was again in the field against the British government. 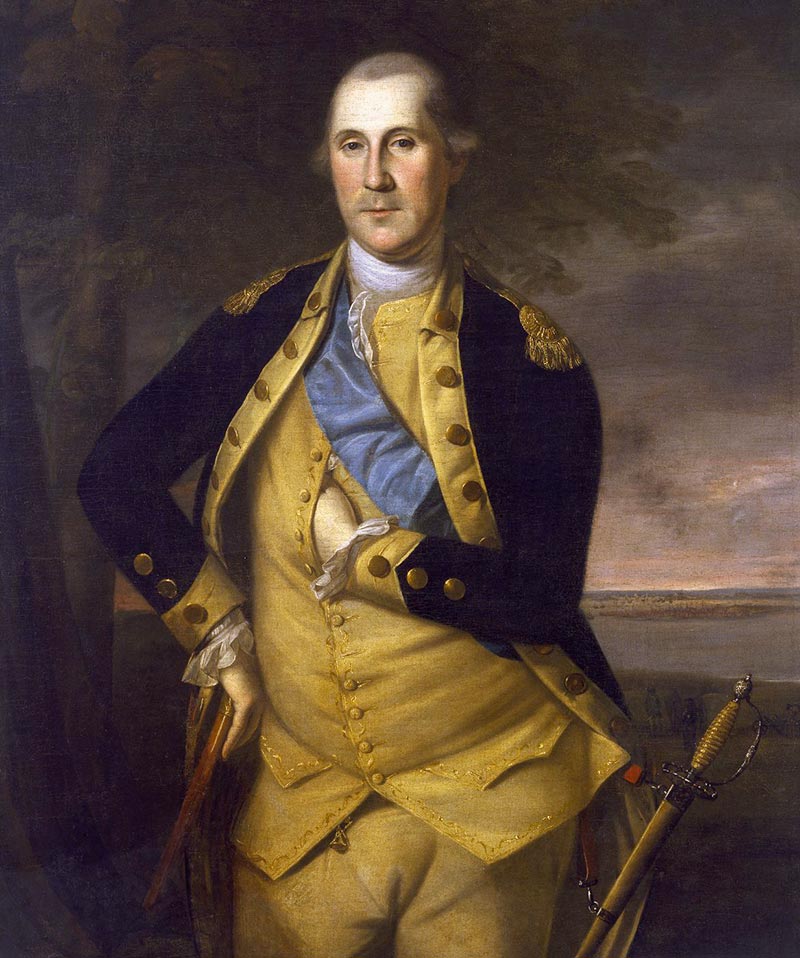 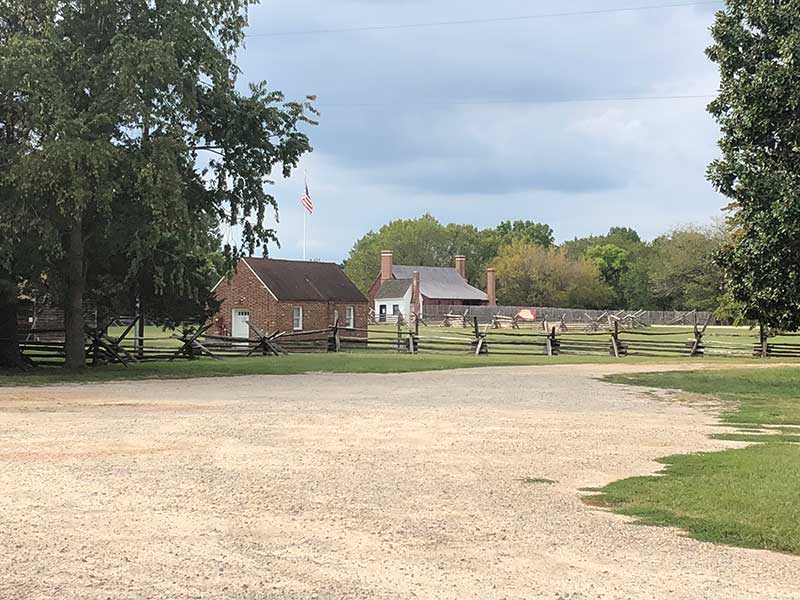 Ferry Farm in Fredericksburg, Virginia—childhood home of George Washington, who sold it to Hugh Mercer in 1772

General Mercer supervised the building of Fort Washington and Fort Lee, both lost to the British in 1776. Some historians believe that the secret attack on Trenton on December 26, 1776 was originally Mercer’s idea, which Washington accepted and implemented. In any event, Mercer successfully led one of the columns in the attack, at the absolute nadir of American prospects, striking a physical and psychological blow that saved the Cause. 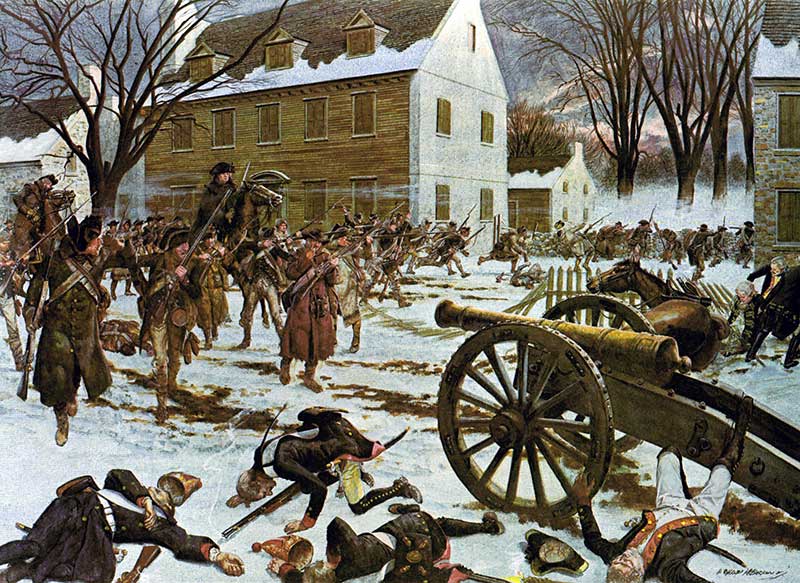 Washington placed Mercer’s Brigade at the point in his maneuver to capture Princeton on January 3, ten days after Trenton. Bypassing the main British forces under Lord Cornwallis, Mercer took 350 men to seize a strategic bridge and cut off the post road—the British regiments’ main avenue of retreat. Spotting the Scotsman making the maneuver in the early morning fog, the British General deployed his men along a fence line and opened fire. General Mercer led his troops in a direct attack, driving the ad hoc group of the 17th Foot Regiment from their position. Mercer fell wounded and in the ensuing melee and retreat of his troops, General Mercer was bayonetted seven times, the British thinking they had killed Washington. Mercer lingered for nine days under the ministrations of fellow-doctor Benjamin Rush, before dying on January 12. George Washington had lost what biographer Douglas Southall Freeman said “was the peer, and perhaps the superior, of [Nathaniel] Greene”, considered second only to Washington himself. 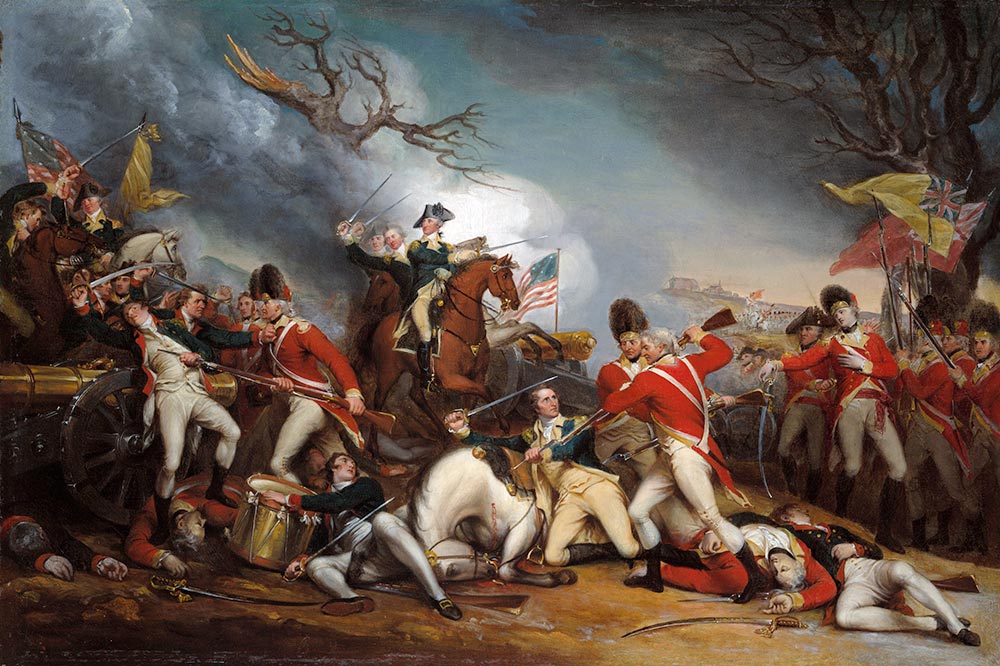 General Mercer is wounded at the Battle of Princeton, January 3, 1777. Mercer would survive another nine days, but eventually die on January 12.

Mercer left a widow and five children. His direct descendants include two Confederate generals as well as General George Patton of World War II fame. Seven counties are named after him, as well as five towns and at least three schools. Three wars on two continents, untold hundreds of medical patients, a patriotic and valorous progeny, and the thanks of a nation are among a legacy that ought not to be forgotten. 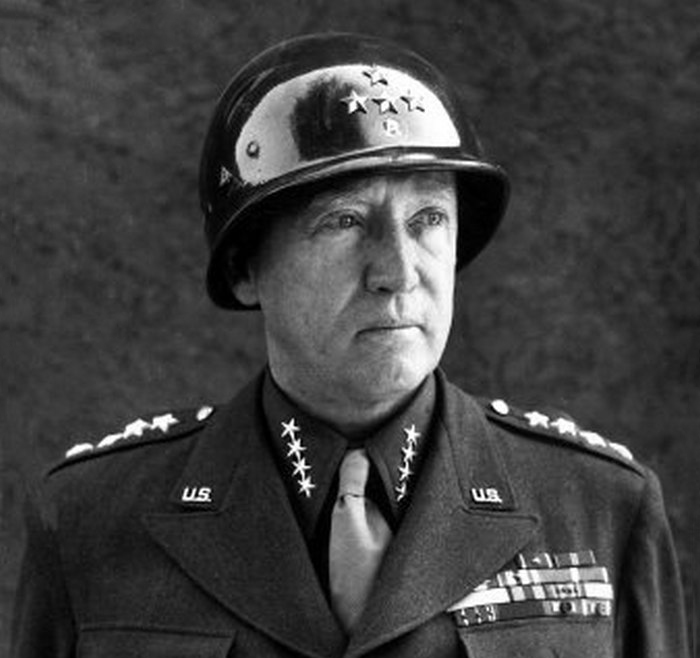