The Birth of Johann Sebastian Bach, 1685

f ever a boy was born to be a great musician, Johann Sebastian Bach was that boy. Born the eighth and final child of Johann and Maria Bach in Eisenach, Germany, Johann became part of a very musical family. He researched his own genealogy and discovered generations of musicians in his line since the Reformation. His father was the director of the town musicians and taught him violin and music theory at a young age; all of his uncles were professional musicians, one of whom taught him to play the organ. Protestantism had taken deep root in that part of Germany, and Johann was steeped in the Christian traditions established by Martin Luther, one hundred fifty years earlier. With no restrictions on exploring the possibilities of musical range and complexity, with the full blessing of family and church, Bach could pursue excellence with all his might. But by the age of ten, Bach was living with an older brother, also Johann (Christof), for both parents had died, eight months apart. Johann’s love of music did not die with them. 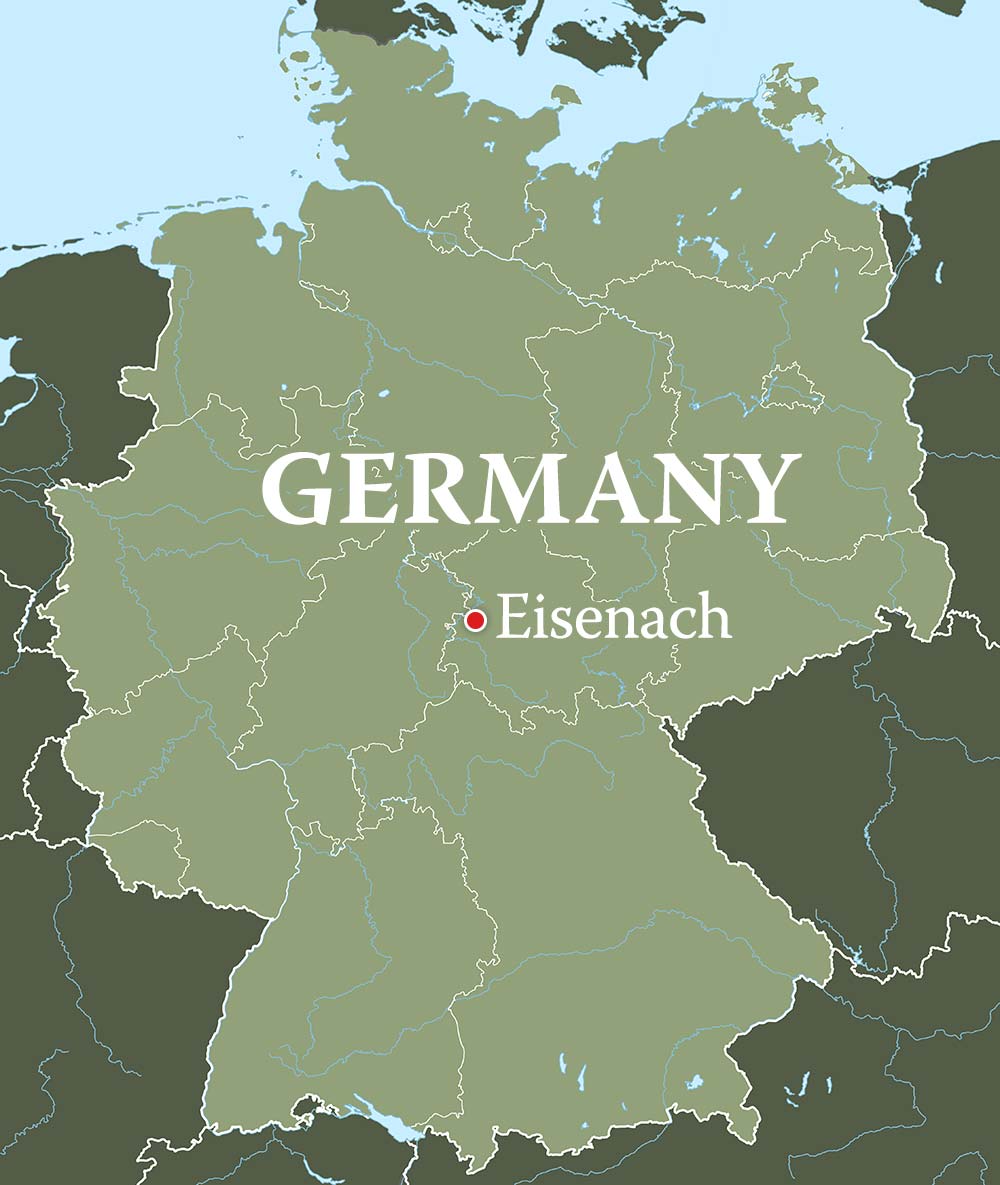 Location of Eisenach within Germany 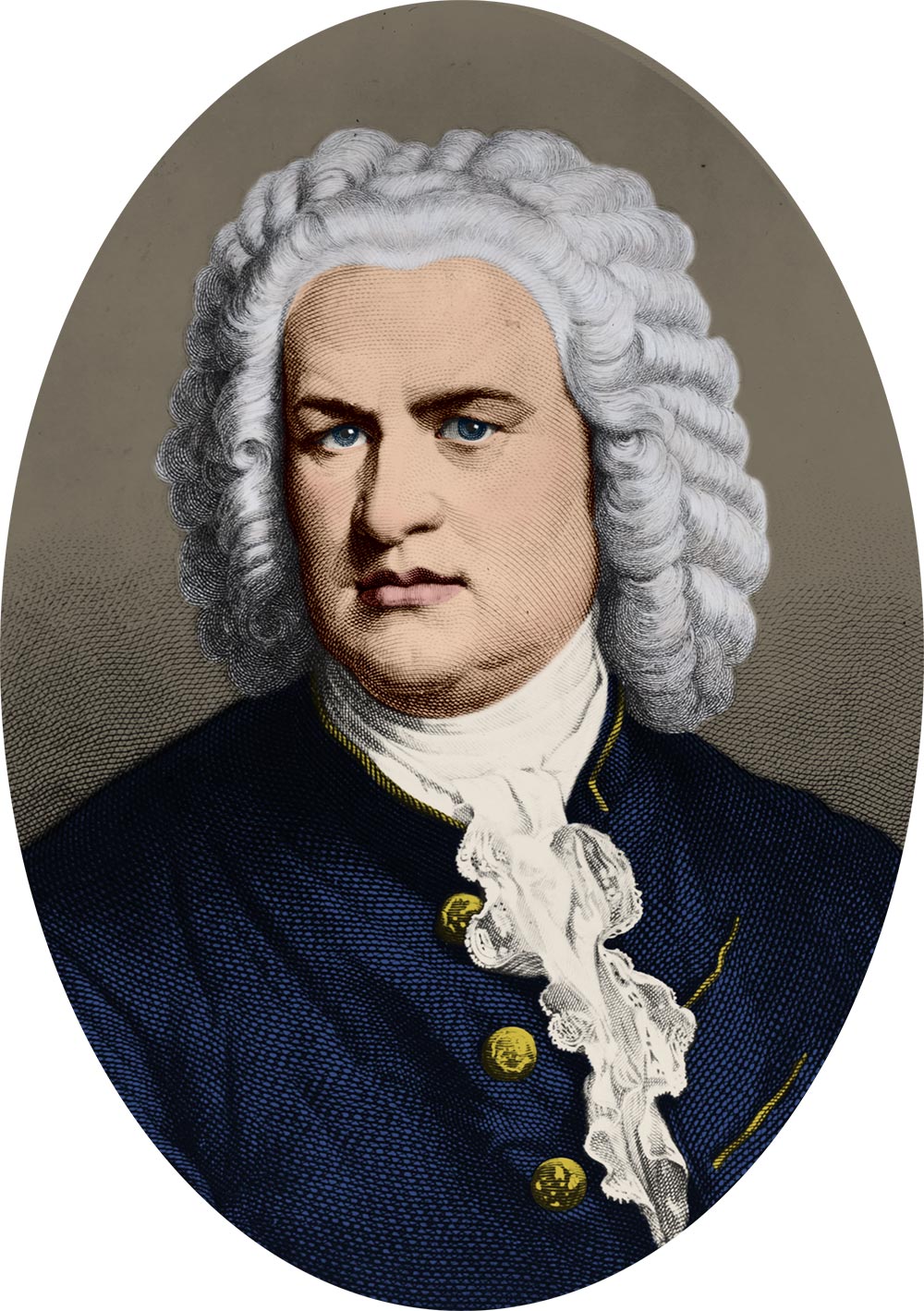 The older Bach brother played the organ at St. Michael’s Church in Saxe-Gotha-Altenburg, and put his young brother to work copying musical scores, writing music, and, eventually, performing. Johann Sebastian attended the local school, receiving a classical education common to well-placed boys of his day. He learned to play several other instruments and explored the music of artists both German and Italian. Bach used everything that he learned throughout his teenage years to build a frame of reference that his genius would bring together in unique and stirring compositions that thrilled the world. 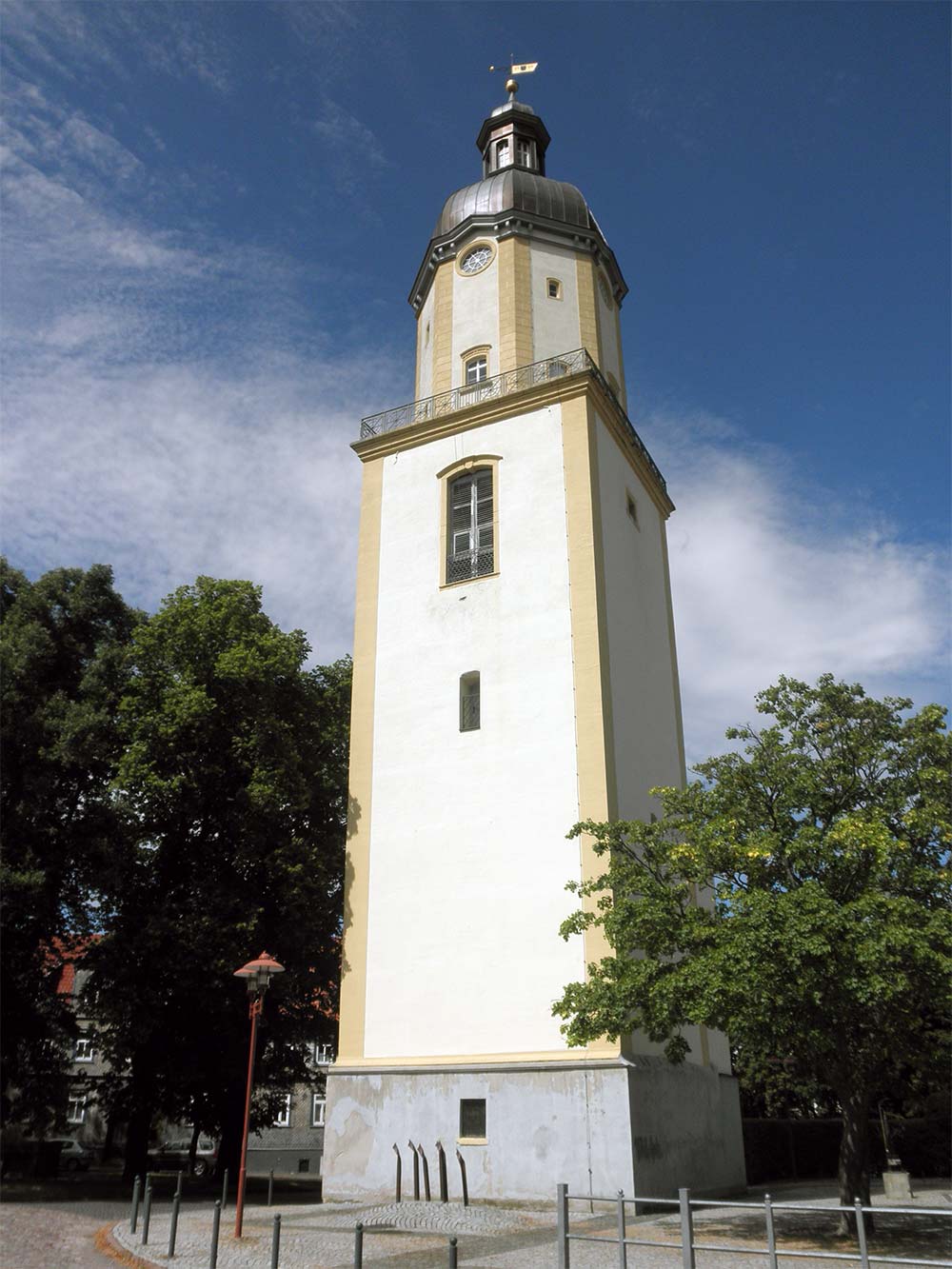 A tower is all that remains of St. Michael’s Church 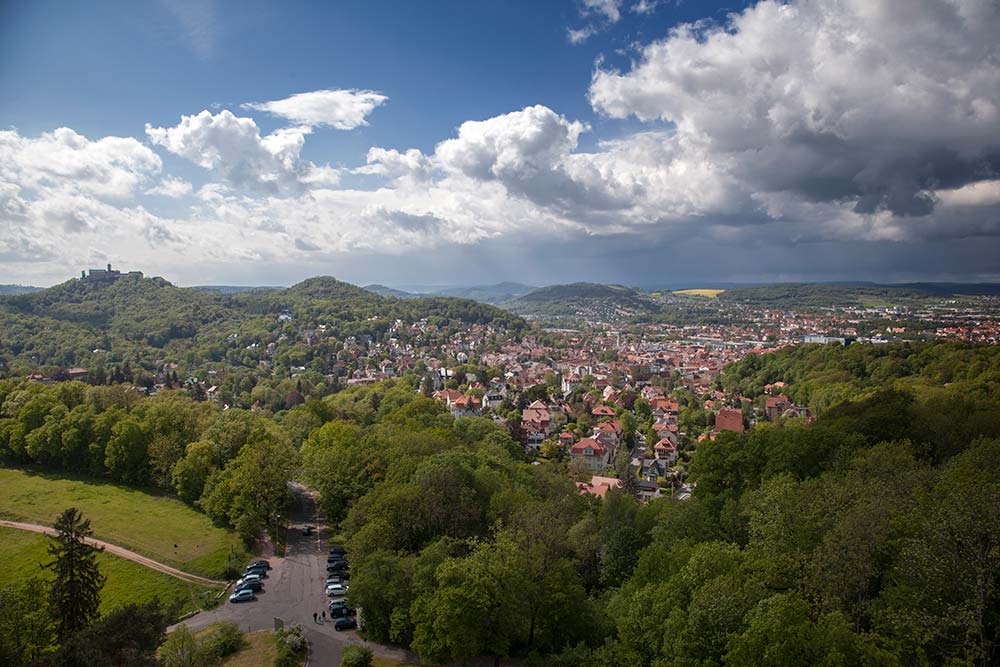 The town of Eisenach in Thuringia, Germany, birthplace of Johann Sebastian Bach. It was here within the secure walls of Wartburg Castle (far left hilltop) that Martin Luther translated the New Testament into German.

Johann Sebastian took seriously his Christian faith. While he did write a number of “secular” pieces, composing music for the church proved his passion for most of his life. The era in which Bach lived is known as the Baroque, in which music was characterized by harmony written in a particular key, played by chord-playing instruments and plenty of bass. The musicians improvised as well. Regardless of the piece, Bach usually signed them with SDG—Soli Deo Gloria (Only for God’s Glory). Some of his musician contemporaries also became men of great renown including Antonio Vivaldi, George Frederic Handel, Georg Philipp Telemann, Henry Purcell, and other. 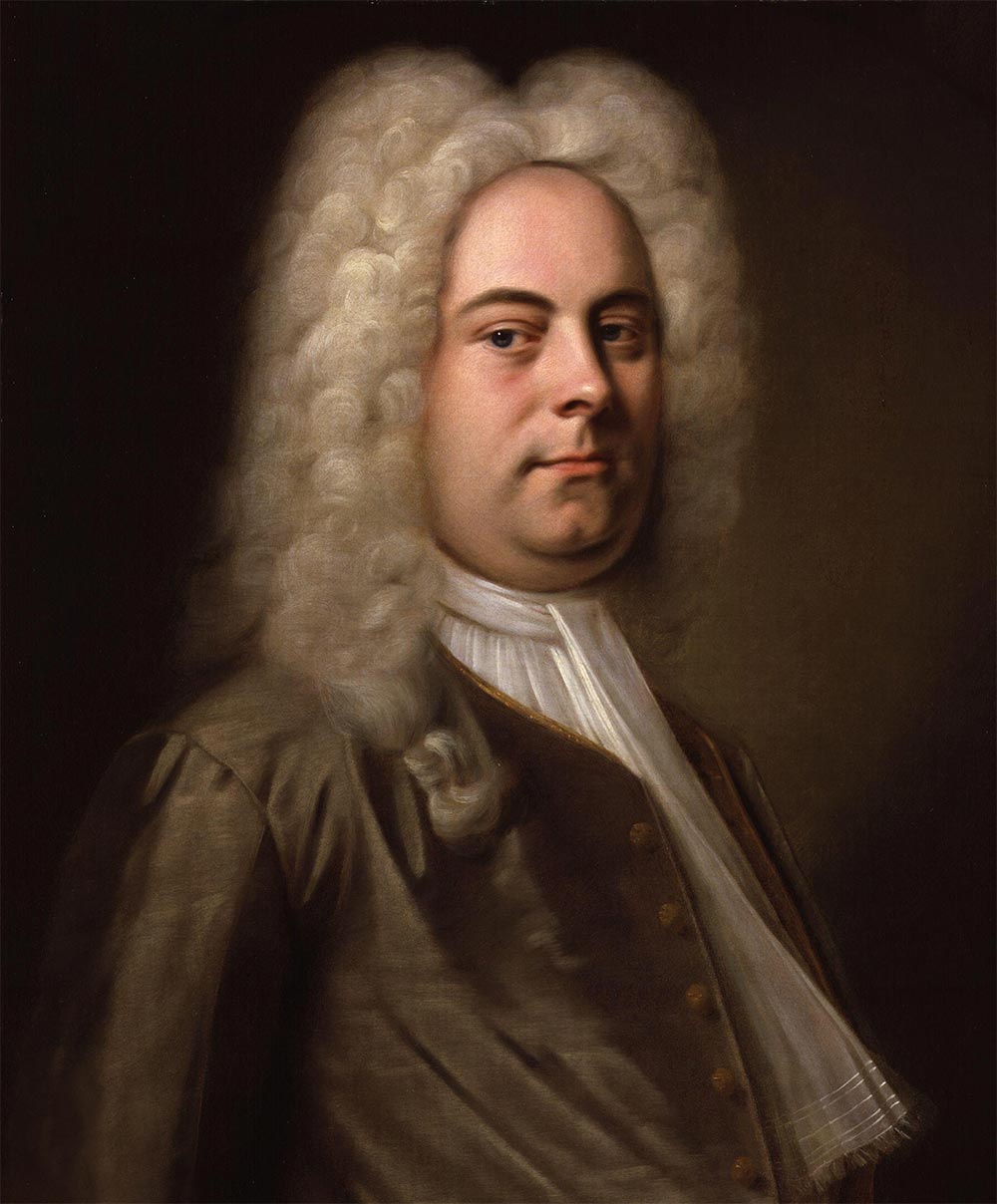 At the age of 18, Bach was appointed organist at Arnstadt, already having played for other churches and sung in a professional choir. For four years he devoted himself to keyboard music, especially organ. In 1707 he married his cousin Barbara Bach, with whom he had seven children. After her death he remarried, this time the daughter of a professional trumpeter with whom he sired thirteen more children. At least three of his children became professional musicians or composers. About half of his children died before reaching maturity. 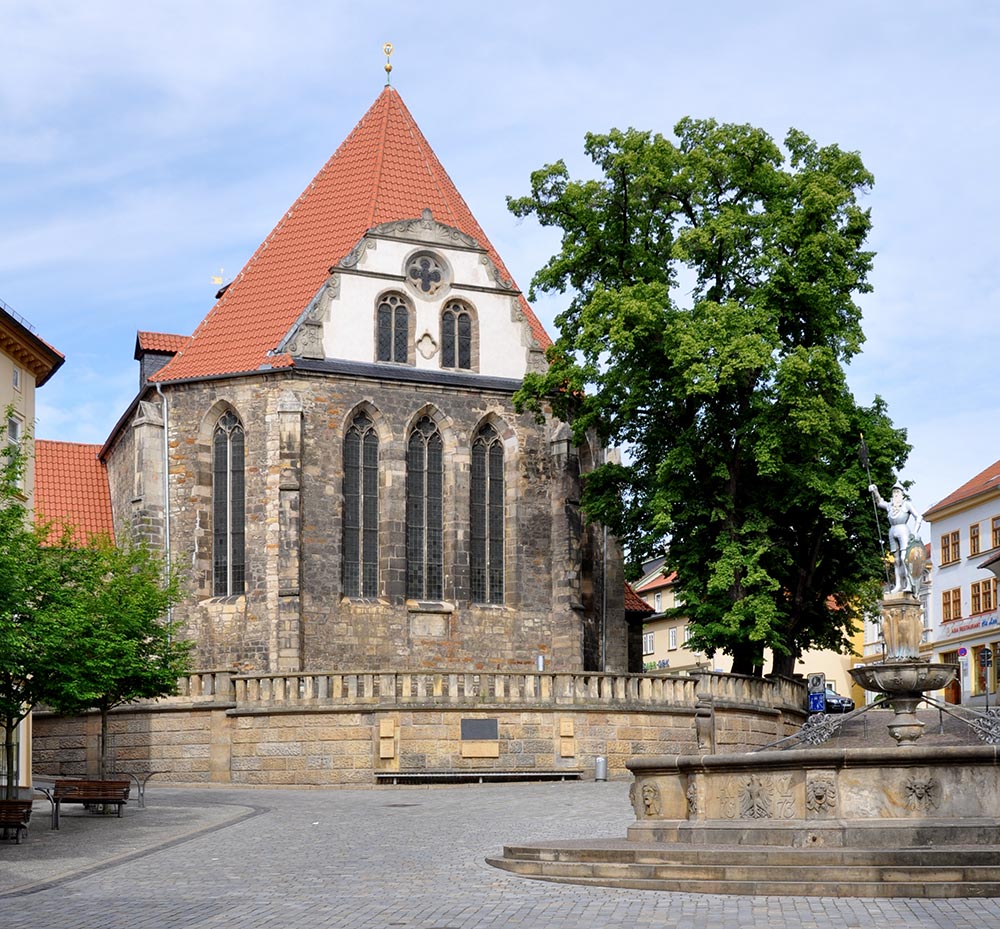 The church in Arnstadt where Bach served as organist, which was renamed “Bachkirche” in 1935 in his honor 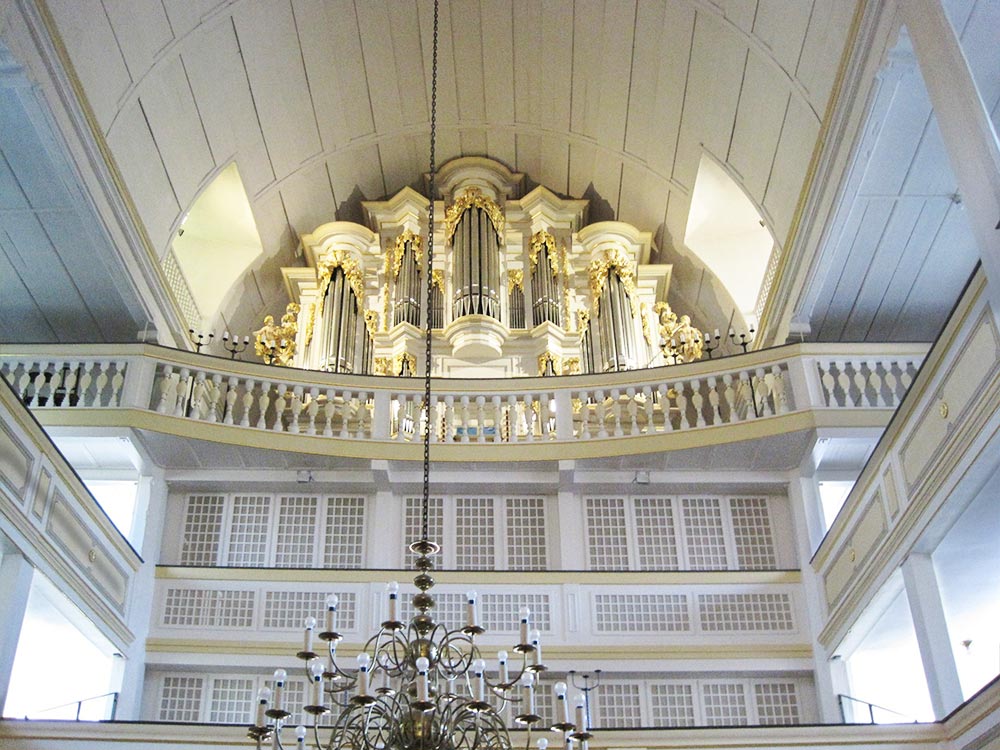 After serving several churches he became the music director in Leipzig, responsible for all the music in four separate Lutheran churches. For the year of 1742 he produced 62 cantatas, 39 of them new works. While Bach certainly worked hard to apply the principles and skills he had learned, he also possessed a natural talent for musical composition.

“One of the most respected attributes in the culture of the 18th century, ‘taste’ is an utterly individual compound of raw talent, imagination, psychological disposition, judgment, skill, and experience. It is unteachable and unlearnable.” 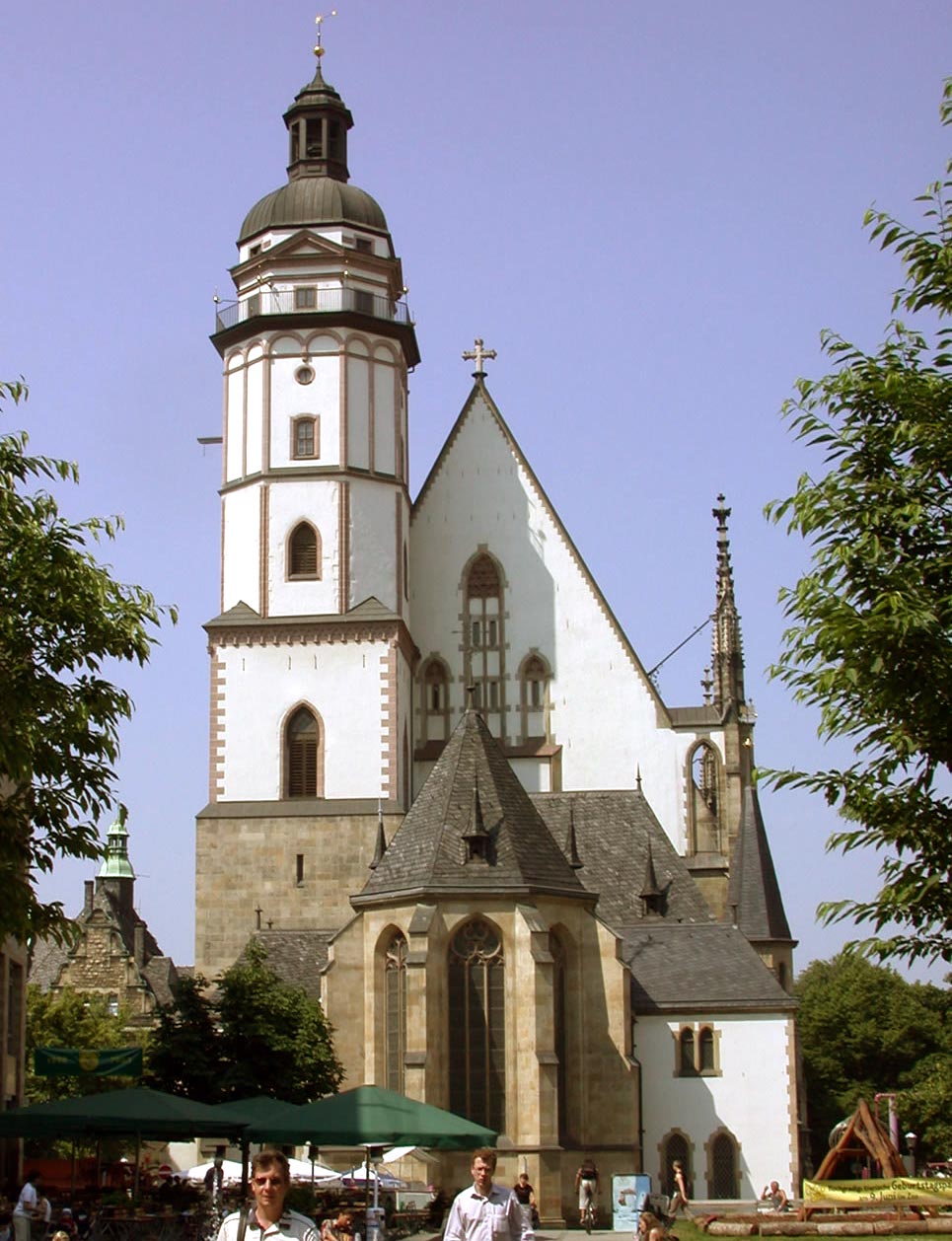 St. Thomas Lutheran Church in Leipzig, where Bach was Kapelmeister (music director) from 1723 until his death in 1750

Except perhaps Handel, whom Bach never met in person, no other composer of the 18th Century exceeded the sheer output or diversity of musical production than Bach. A 21st Century poll of more than a hundred professional classical musicians rated him the greatest composer of history.

Bach became the court composer for the Elector of Saxony, descendant of the patron and defender of Martin Luther two centuries earlier. His reputation brought him to play for the court of Frederick the Great in Prussia. It is generally accepted that Bach died from botched eye surgery, performed by an English charlatan and medical quack, John Taylor. His beloved Anna died ten years later but was buried in a pauper’s grave, her step-sons unable or unwilling to help her financially and her children too young to do so. Bach was a good father and teacher but also “obstinate in the extreme.” He was never without pupils and reportedly kept tight rein on his finances. There have been great revivals of Bach’s music in every century since his death, and his major and many minor works are still performed. SDG. 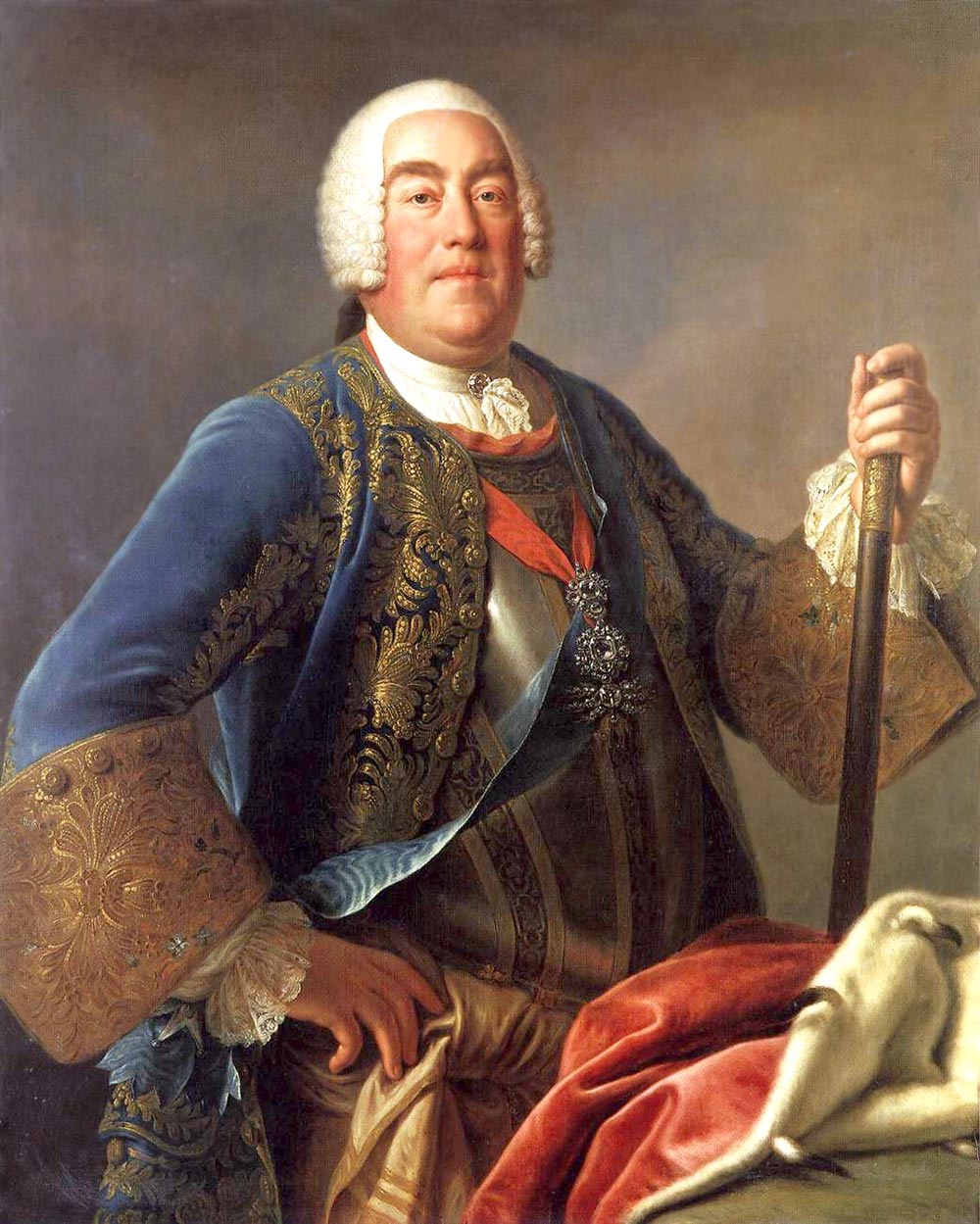 Bach became the court composer to Augustus III (1696-1763), King of Poland and Elector of Saxony