ohn Clough was born in southwestern New York, not far from Lake Chautauqua. His family joined in the general migration westward, settling in Iowa Territory prior to the Civil War. John attended college in the 1850s in Iowa and while there sensed the call of God to Gospel ministry. Following graduation, John Clough received further theological training, and in 1864 sought and was granted ordination as a Baptist minister. His wife Harriet happily joined in his call to preach on the mission field. He appealed to the American Baptist Missionary Union and was sent to southern India to preach the Gospel to the Hindu Tulgu people. His unusual approach to evangelism presaged a sea-change in mission strategy, but resulted in a bountiful harvest of souls during his more than forty years among the same communities in India. 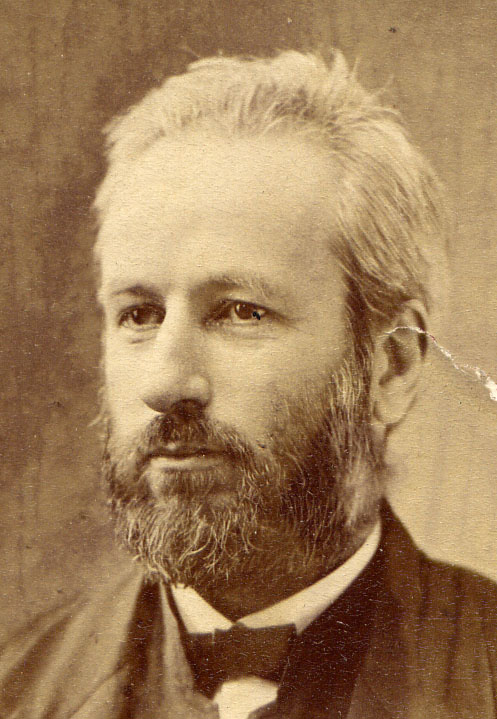 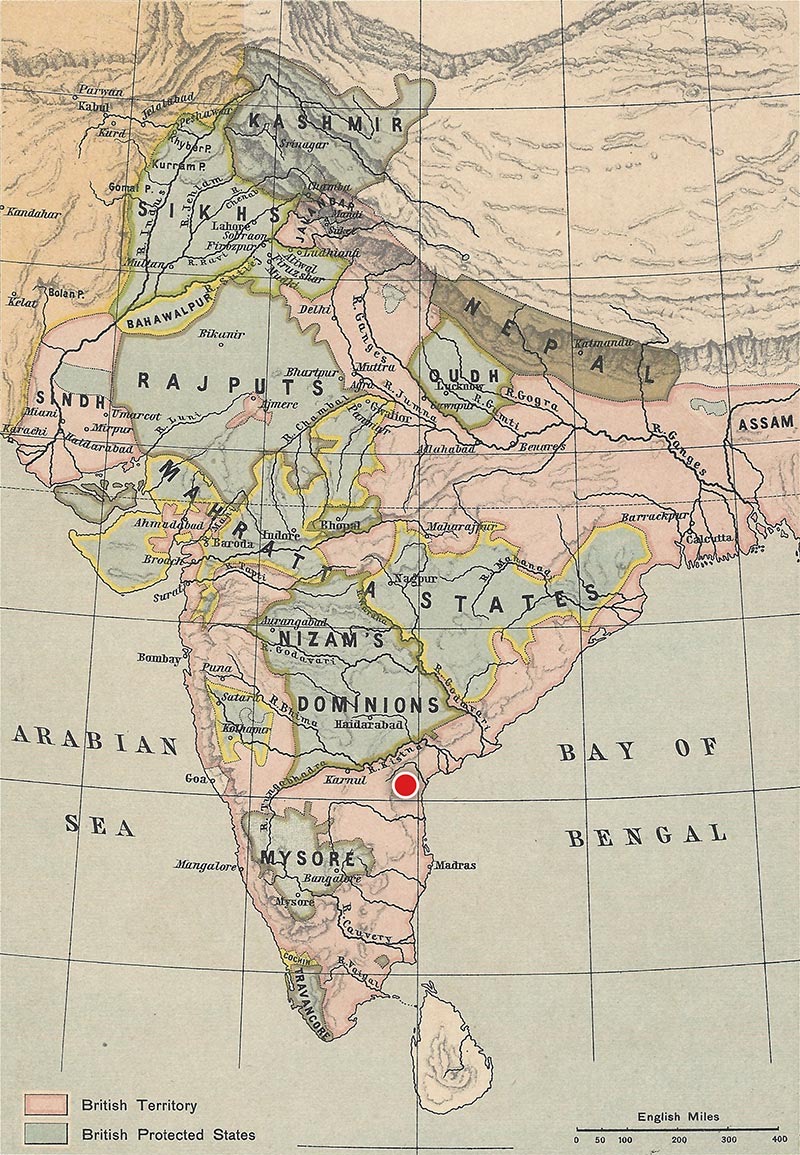 Map of India showing the location of the city of Ongole, circa 1848

Eleven years earlier, in 1854, “in a predawn prayer meeting on a hill overlooking the city of Ongole, two missionaries and three Telugu Christian women had asked God to send a missionary to that city.”* The Cloughs’ arrival signaled the positive answer to that prayer, in God’s timing. When John Clough arrived, most or all of the few Christians in Ongole belonged to the Brahmin class, the wealthy and privileged caste of India. Most of the early converts from John’s preaching came from the lowest level of society—the Madigas of the Andrha Pradesh region of India where they served. In Indian culture, Brahmins were not permitted to associate with the low castes under any circumstances, and the church was no exception. 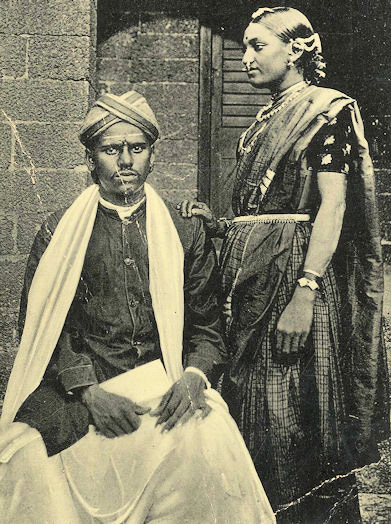 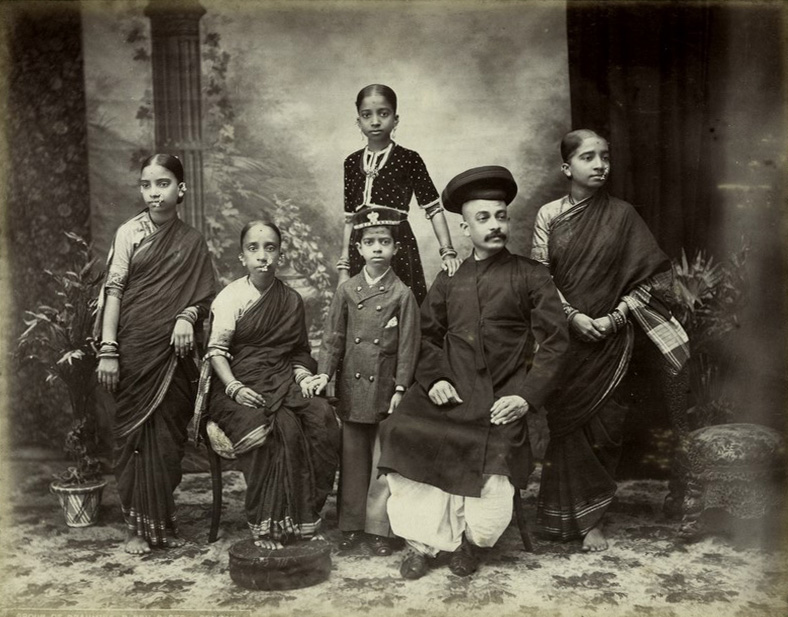 A Brahmin family of Bombay, India, circa 1880

However, the Cloughs believed strongly that 1 Corinthians taught that God calls the poor and lowly of this world (vs. 26-30) and not many noble. Unlike previous missionaries, they chose to continue preaching primarily to the lowest castes of India in their areas around the city of Ongole. Their congregations thus became made up of farmers and tanners, humble but devout people who came to love Christ and serve in the church. For ten years, the Cloughs planted churches, built schools and trained preachers and evangelists. Several thousand were converted. 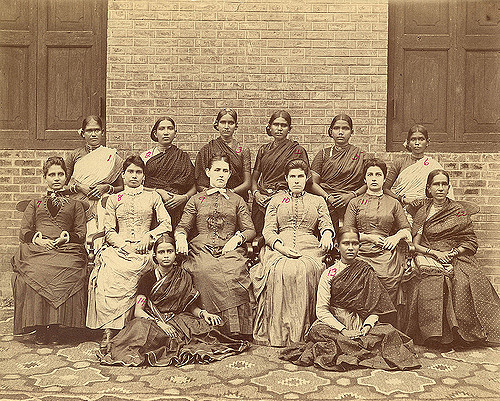 A group of Telugu Christian converts and missionaries, circa 1880

Another difference in Clough’s approach—also controversial then but not as much today—related to Indian culture itself. He taught the Telugu converts to live by a few basic Christian ethical principles, but was cautious not to impose a Western cultural system. He trained local men to preach and teach and encouraged the people to attach themselves to them, as they had traditionally done with their Hindu gurus. He believed that the Gospel would have greater success coming from indigenous preachers. Rather than separate believers in their own ghettos, he encouraged converts to remain in their own pagan social structures and witness to those well known to them and living side by side. He stressed their union in the Kingdom through worshipping together in the church on the Sabbath. He targeted the village elders to serve as deacons. 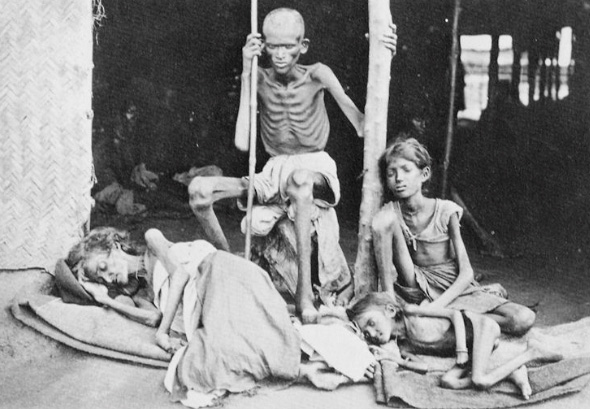 During the Famine of 1876-79, it is estimated between 5.6 million and 9.6 million human fatalities occurred

During the famine of 1876-1879, with millions of people starving, the British government of India extended the Buckingham Canal by five miles, to aid in getting food to south India. A huge workforce was needed, and wages were paid in food. Instead of returning to America, Clough negotiated a contract with the government and recruited thousands of starving Madigas to build three miles of the canal. He organized them into working companies and channeled food to them in exchange for the labor. The missionary also enlisted his preachers to spread the Gospel as they worked on the canal. More than 9,000 men were converted during the famine years. He refused to baptize the new professors of Christ, because he did not want them joining the Church for the wrong reason. He waited to see if the conversions were true, after the famine. When it all ended and life returned to normal, more than 9,500 Madigas presented themselves for baptism. The “Madiga community was turned upside down. They abandoned their old gods . . . and Clough’s churches had 21,000 members.” 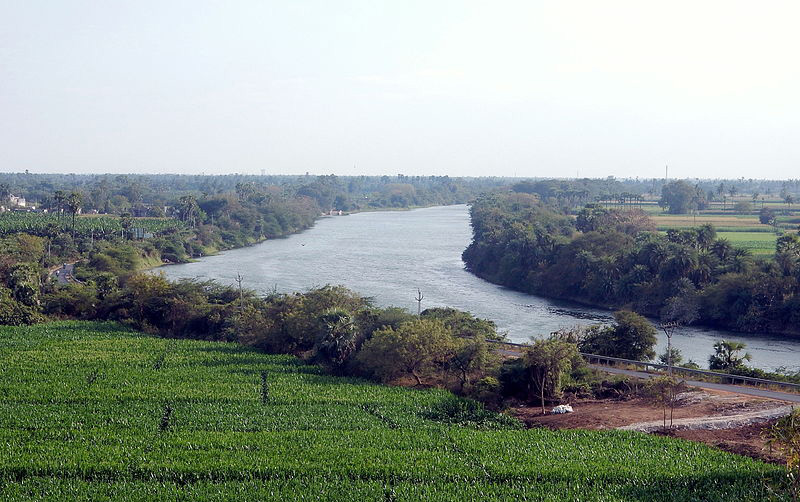 The Buckingham Canal near Vijayawada, Andhra Pradesh, India, 3 miles of which were built by locals organized by John Clough

John’s wife died in 1893, he remarried, and remained on the field until just before his death in 1910. When the missionary died, an estimated 60,000 Indians of the Ongole region belonged to Baptist Churches planted by John Clough. In 1936, the report of the Telegu Mission counted three hundred fifty Baptist Churches and a Baptist community of more than 300,000, the bulk of them from outcast groups.