The President may award, and present in the name of Congress, a medal of honor of appropriate design, with ribbons and appurtenances, to a person who, while a member of the [armed forces], distinguished himself conspicuously by gallantry and intrepidity at the risk of his life above and beyond the call of duty.

n June 29, 2022, the last Medal of Honor (MOH) recipient of World War II died at the Veterans Affairs Medical Center in Huntington, West Virginia. Ninety-eight-year-old Herschel W. “Woody” Williams—the youngest of eleven children in 1942—tried to enlist in the Marine Corps at the age of 19. At 5’6” tall, he was rejected as too short. Within a year, the Corps had “relaxed” the height requirement and they welcomed Woody into the Corps. Great men sometimes come in small packages. A West Virginian through and through, Williams came from the state that has suffered more war casualties in the 20th century than any other state, per capita. His service in WWII in a flamethrower/demolition unit resulted for him in the highest award the United States can convey—The Medal of Honor. 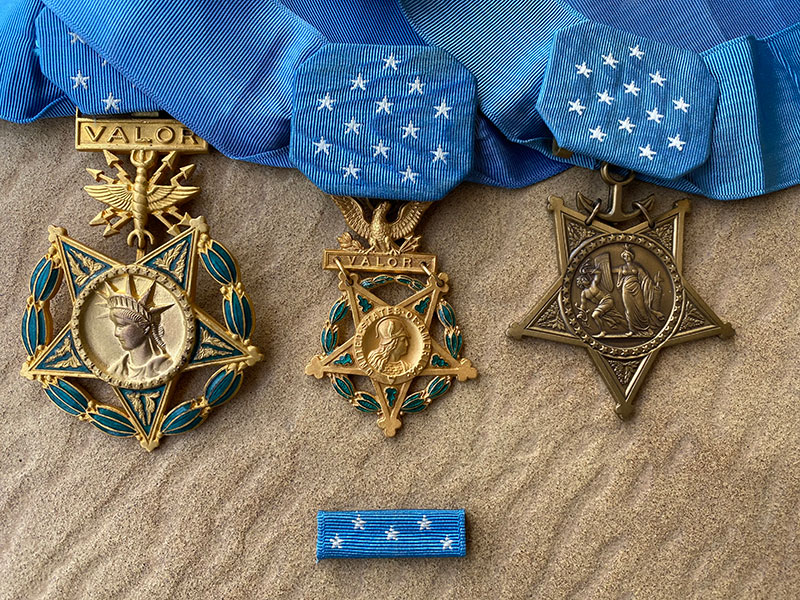 The Medal of Honor, awarded for “Conspicuous gallantry and intrepidity at the risk of life above and beyond the call of duty”, shown here in the three military branch variations: (L-R) Air Force, Army and Navy

The MOH has a colorful and inspiring history, from its creation until today. The Navy was first to propose such a medal and the President signed it into law in December of 1861. Senator Henry Wilson, on behalf of the Army, proposed a similar award for the army, which passed into law on July 12, 1862. Today there are three versions of the medal itself—Army, Navy, and Air Force—although the criteria for becoming a recipient is technically the same. The Medal of Honor is the highest military award for bravery that can be given to any individual in the United States of America. The deed performed must be witnessed by at least two other individuals and the evidence incontestable. It must involve the risk of life and be distinguished as beyond the call of duty.

Until January of 1917, 2,625 MOHs had been awarded. As might be expected, politics and fraud had crept in quickly during and after the Civil War, and a special commission to examine the records struck 910 names from the list, including an entire regiment from Maine who had reenlisted and received the medals, and the pall bearers of Abraham Lincoln’s coffin, among others. Ironically, many more should have been stricken from the rolls. Men received the MOH for picking up Confederate battle-flags after the battle was over. Some received the MOH after the war ended due to political influence or as a sop for racial reconciliation. In the post-1917 era, other medals, such as the Distinguished Service Cross, were created to reward heroism and outstanding service, and the criteria for the MOH was tightened. There were still miscarriages of justice due to race prejudice or politics, but they have been rare. From the Vietnam War, for instance, Corpsman Robert Ingram was “put in” for the MOH in 1966, but an anti-war congressman shuffled the paperwork and denied him a much-deserved award. His former platoon re-petitioned and lobbied for Ingram’s award for years, and he received the award from the hands of President Bill Clinton in 1998. 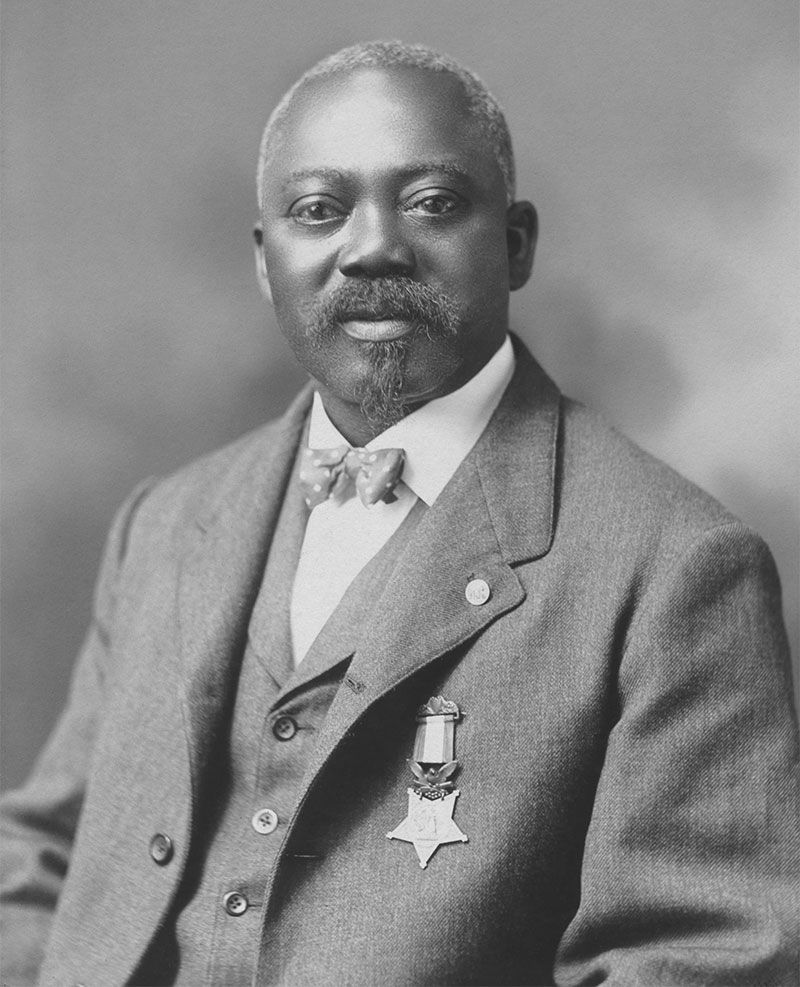 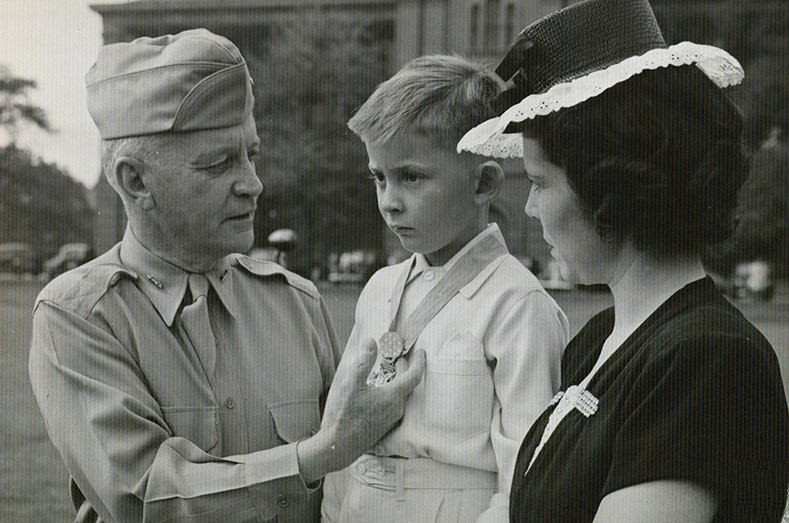 General James Lawton Collins presents Private Herbert F. Christian’s Medal of Honor posthumously to his 5-year-old son and widow on June 18, 1945 (what would have been Christian’s 33rd birthday)

Special privileges attend the living recipients of the award. Almost 19% of the MOHs have been awarded posthumously, that is, the recipient died in action or before the medal could be awarded, in which case the presentation has been made in his honor to a near relative. Of the 3,534 that have been awarded, only sixty-six are currently alive. 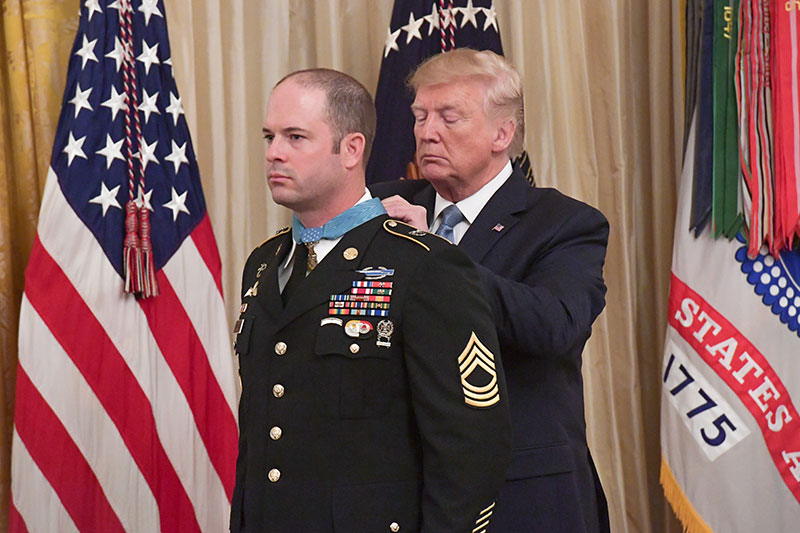 Recipients receive a modest life-long stipend, their children can attend any of the military academies without further sponsorship, priority Space-A travel, full military burial honors, they are invited to every Presidential inaugural ball, and they never have to pay federal income taxes again. Every year, fraudulent claims of tax exemption are made by MOH imposters. There is a special Medal of Honor flag which is given to each recipient. The MOH is awarded in person by the President of the United States on behalf of Congress. Nineteen armed services members have received the MOH twice. 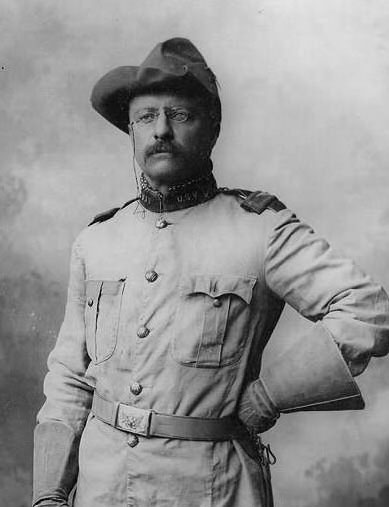 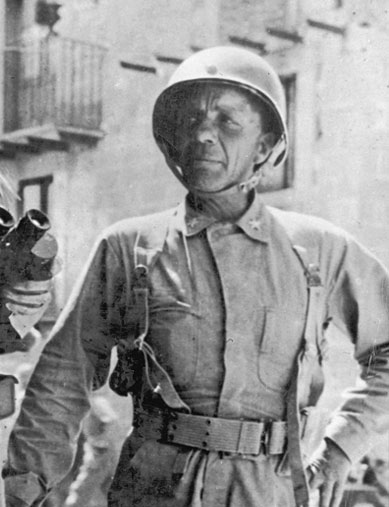 There are two father-son recipient pairs: Colonel Theodore (Teddy) Roosevelt, Jr. and General Theodore Roosevelt, III and Generals Arthur MacArthur and Douglas MacArthur. Five pairs of brothers have been awarded the medal. Presidents Clinton, Bush, and Obama presented eighty-six “late medals” after someone researched the war records from the Civil War to Vietnam and decided ex post facto that certain Blacks, Asians, Jews and others should have their DSO awards upgraded to MOH, or just awarded the medals based on suppositions of past prejudice. 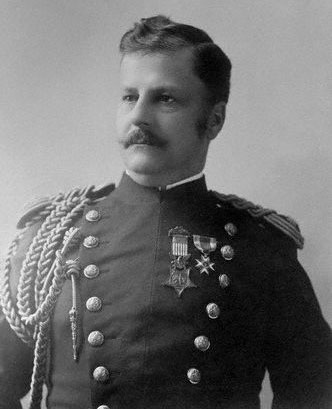 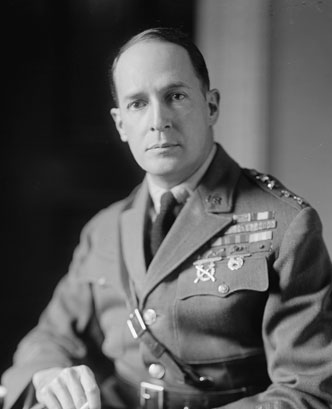 Reading the actual MOH citations of heroism is a stirring and powerful exercise in remembrance of sacrifice for Comrades and Country.