John Winthrop’s Sermon Aboard the Arbella, 1630

he idea that the United States of America are like a “city set on a hill” for all to see and emulate, originates from the words of Jesus in the well-known Bible verse cited above. Presidents as diverse as John F. Kennedy and Ronald Reagan used the expression in speeches to assert American “exceptionalism”, one of the most politically incorrect phrases that, today, sends the parvenus of popular culture into paroxysms of horror and malevolence. The actual historical origin of the political use of that metaphor, however, comes from a message entitled “A Modell of Christian Charity”, delivered by John Winthrop aboard the ship Arbella, in 1630, as the great Puritan migration from England to Massachusetts got underway. The quoters and auditors of that expression today might be better served if they would examine the main points of the sermon more closely. 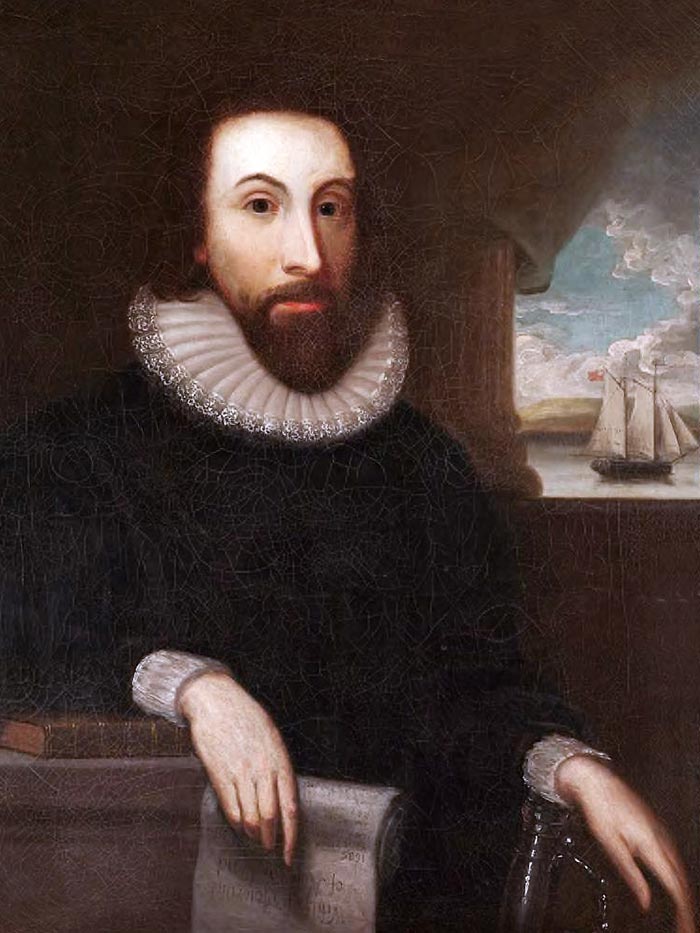 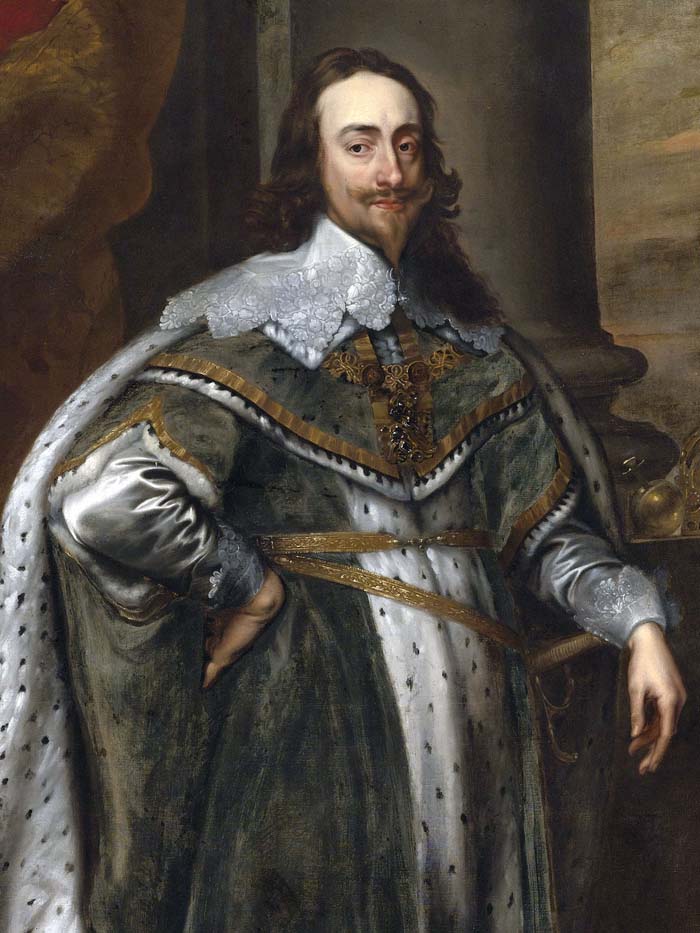 John Winthrop hailed from the most Puritan area of England. The Protestant Reformation had not only taken root in the Stour Valley, but had persevered through times of persecution and compromise. His father, uncles, and grandfather all held tight to the Reformed faith and envisioned the triumph of Christ’s Kingdom, beginning in England itself. John Winthrop embraced the faith of his Fathers whole-heartedly. When Charles I turned against continued reform, suspended Parliament and seemed to abandon biblical justice, a network of pastors who have been known as “the spiritual brotherhood”, decided to emigrate, with willing members of their congregations, to New England. A number of wealthy investors created the Massachusetts Bay Joint-Stock Company to finance the emigration and they received a charter to do so from King Charles I. A fleet of eleven ships and seven hundred passengers set out to establish a Puritan colony, led by John Winthrop, well-to-do lawyer and CFO of his father’s estate, and newly elected Governor of the future colony. 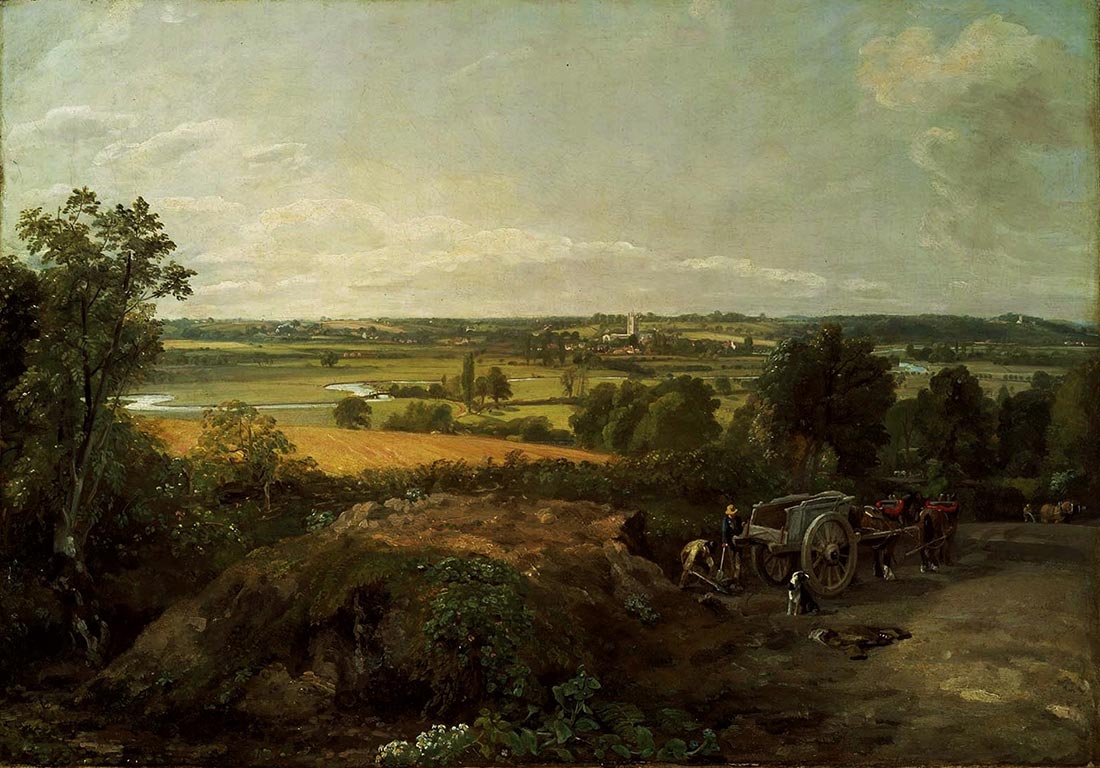 At the beginning of the journey, the Governor preached a sermon that has become one of the seminal documents of early American history, though the original manuscript has never been found. The sermon, if considered at all, is typically redacted by modern historians to include select phrases from the beginning and end of the message. To grasp the significance of this paragon of Puritan prose one must examine the entire text. Winthrop began his encomium regarding the immigrants’ “errand into the wilderness”, using language familiar to Reformed Christians everywhere:

God Almighty in His most holy and wise providence, hath so disposed of the condition of mankind, as in all times some must be rich, some poor, some high and eminent in power and dignity; others mean and in submission. 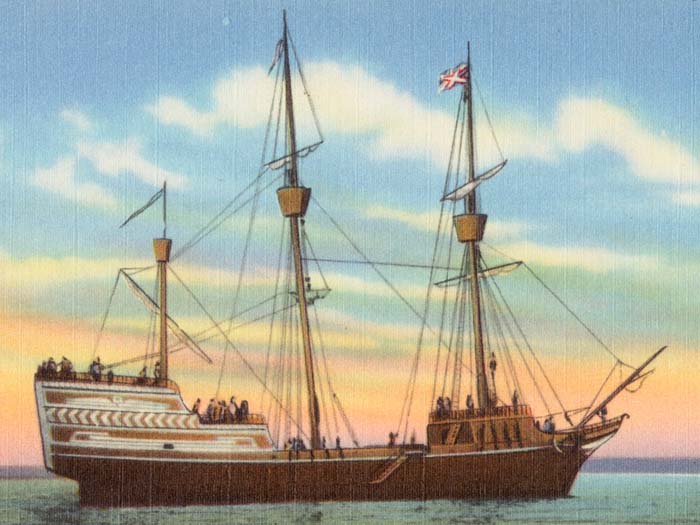 The Arbella, flagship of the Winthrop Fleet, transported English Puritans and the Charter of the Massachusetts Bay Company from England to Salem between April 8 and June 12, 1630.

After establishing why those differences exist and that they are reflections of God’s wisdom, he set out the major theme of his address, that “there are two rules whereby we are to walk one towards another: Justice and Mercy.” The practical application of these principles centered on loving one’s “…neighbor as himself. Upon this ground stands all the precepts of the moral law.” Loving one’s enemies and seeking to relieve the distress of one’s neighbor — showing mercy would be the only way in which a Christian society could be successfully established. Winthrop set out the framework for lending and paying debts. He reminded the immigrants that they as Christians, were all a part of Christ’s body and were responsible for one another’s welfare. His message was suffused with Scripture, which was the sine qua non of all of life, faith and practice. He concluded his peroration with the words which inspired centuries of Americans:

For we must consider that we shall be as a city upon a hill. The eyes of all people are upon us. So that if we shall deal falsely with our God in this work we have undertaken and so cause Him to withdraw His present help from us, we shall be made a story and a by-word through the world…if our hearts shall turn away, so that we will not obey, but shall be seduced, and worship other Gods, our pleasure and profits and serve them; it is propounded unto us this day, we shall surely perish out of the good land whither we pass over this vast sea to possess it. Therefore, let us choose life, that we and our seed may live, by obeying His voice and cleaving to Him, for He is our life and our prosperity.