or centuries men have sculpted busts and images of heroes, gods, soldiers, politicians, literary giants, family members and others, in order to remember their lives and deeds. A certain amount of symbolism often attends many statues or profiles, reminding the viewer of principles and beliefs. They are often very fine teaching tools to educate the next generation concerning their debt to the men of the past and to revere their history. Christians, Jews, and Muslims are prohibited from worshipping such images—such idolatry is severely proscribed in their respective Scriptures. Revolutionaries, in their quest to erase the memory of the men or ideas of the past, practice a senseless iconoclasm by destroying monuments, texts, and even cemeteries. The ancient Romans called the action damnatio memoriae, “condemnation of memory.” It has become a commonplace orgy of destruction in our own revolutionary times. Happily, the destroyers eventually become the destroyed themselves. 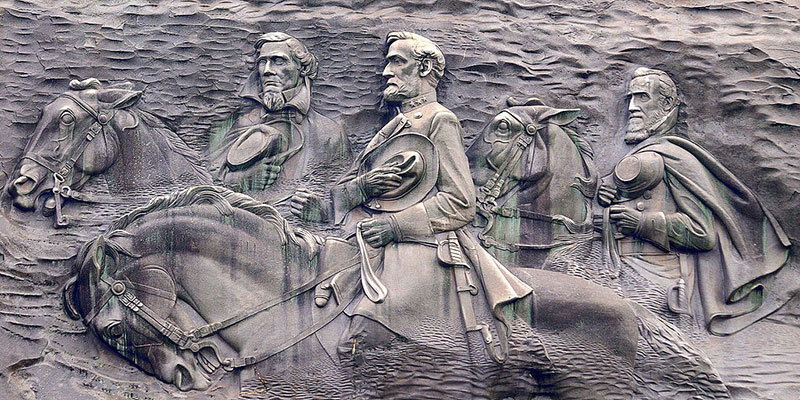 There are a number of significant such monuments to great men of the past that still command our attention. Some of the most magnificent sculptures have been carved out of mountains; the most important and memorable ones include the Confederate heroes on Stone Mountain, Georgia, and Indian warrior Crazy Horse in South Dakota. The most popular and most visited of the gigantic carved-in-stone sculptures in the United States, and perhaps the world, are found on Mount Rushmore, also in South Dakota. Those carvings of four popular Presidents of the United States was completed on the last day of October, 1941. 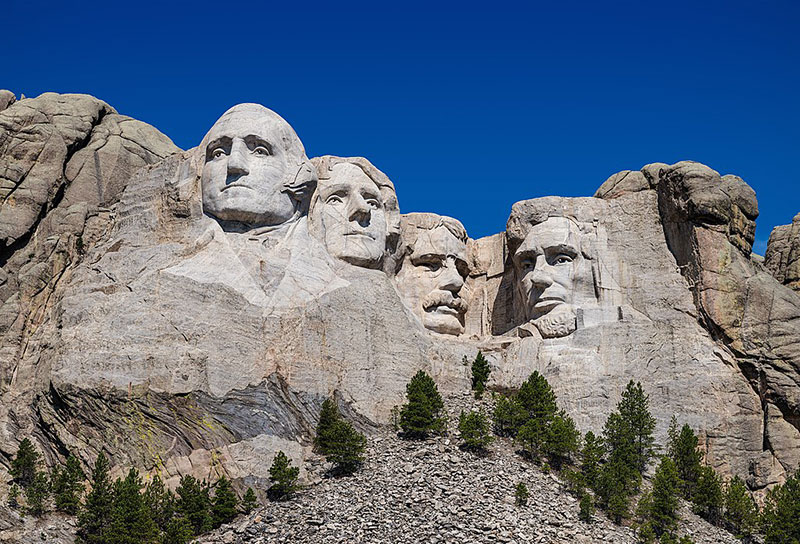 The mountain location itself underwent several name changes through the centuries. The Black Hills area where the monument is located, was “granted” to the Sioux Nation by the United States government in 1868 in the Treaty of Fort Laramie. The tribe’s historic name for the mountain was “The Six Grandfathers.” After the discovery of gold in the region by a military expedition led by Colonel George Armstrong Custer in 1874, miners and gold-diggers flooded into the Indian land, until the U.S. government reneged on the treaty, created new reservations nearby for the Sioux, and forced them to live on the newly designated desert plats. The Six Grandfather’s Mountain was renamed in 1930 after a wealthy investor, hunter and prospector, Charles Rushmore. 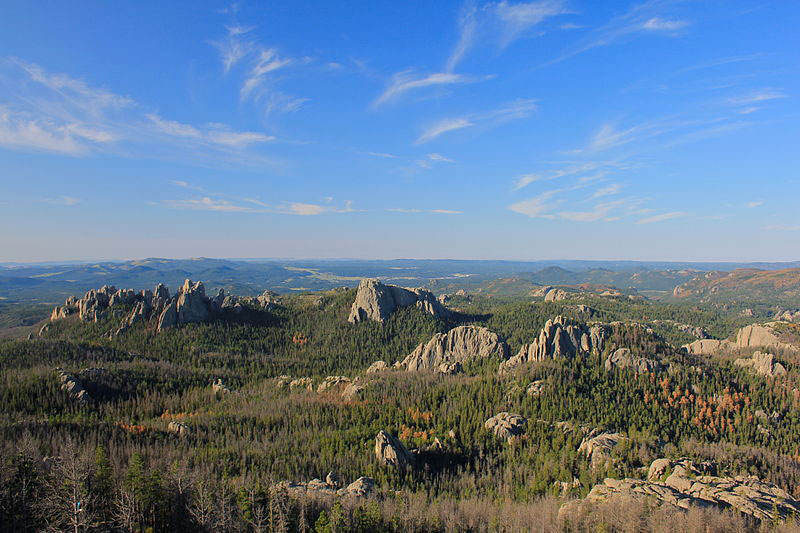 In the glow of prosperity of the early 1920s, a South Dakota historian suggested creating a mountain carving of Presidents that would attract tourism to the state. Brilliant and nationally-known sculptor Gutzon Borglum—the child of Mormon Swedish immigrants—was contracted to create the monument. Borglum’s bold and somewhat eccentric personality—and his attraction to a vigorous patriotic nationalism—had resulted in friendship with Theodore Roosevelt, political activism in the Progressive Party, and leadership as a “Worshipful Master” in a New York Scottish Rite Masonic Lodge. As a domineering personality and perfectionist, Borglum was difficult to work with; he completed a number of highly regarded sculptures, including Union General Phillip Sheridan, Democratic politician William Jennings Bryan, Thomas Paine, Woodrow Wilson, and Abraham Lincoln, but was fired from the Stone Mountain project in Georgia. His success in creating the Mount Rushmore sculptures, however, would make him the greatest public art sculptor in the world. 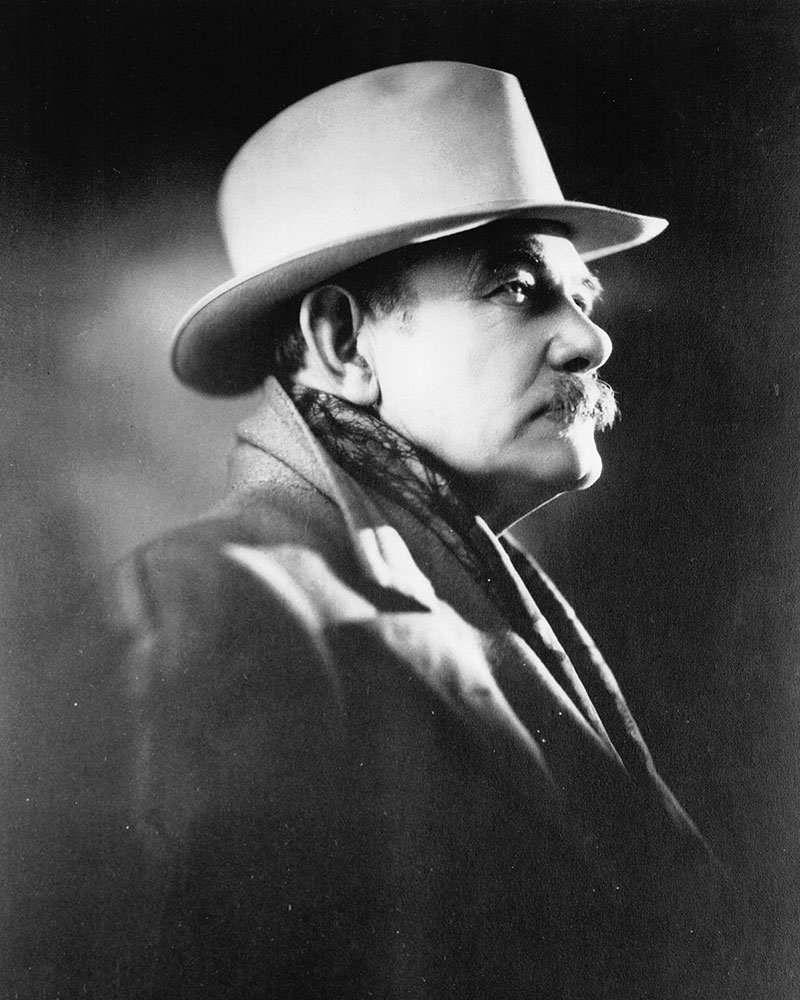 Borglum himself chose the four presidents, who represented the first one hundred fifty years of the United States, for their dual roles of preserving the Republic and their expansionist policies that added territory and federal authority over millions of acres of land: George Washington, Thomas Jefferson, Abraham Lincoln, and Theodore Roosevelt. While Borglum designed the project and determined the general engineering processes using dynamite and “honeycoming,” an Italian immigrant stonemason named Luigi Del Bianco was hired as the chief carver, and more than four hundred men were hired as the laborers. The work began October 4th, 1927 and the sculptures were dedicated as they were completed over the next fifteen years. More than 400,000 tons of rock were blasted off the mountain. 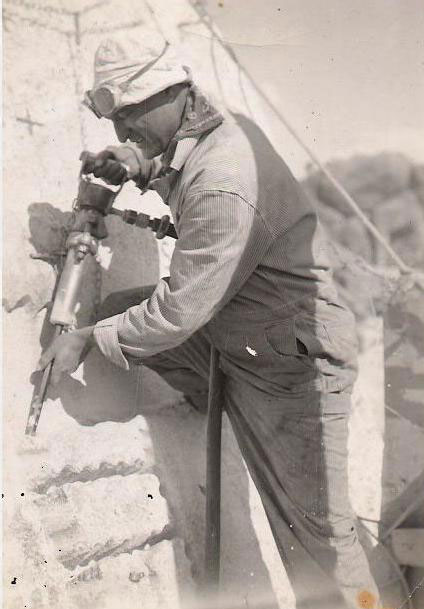 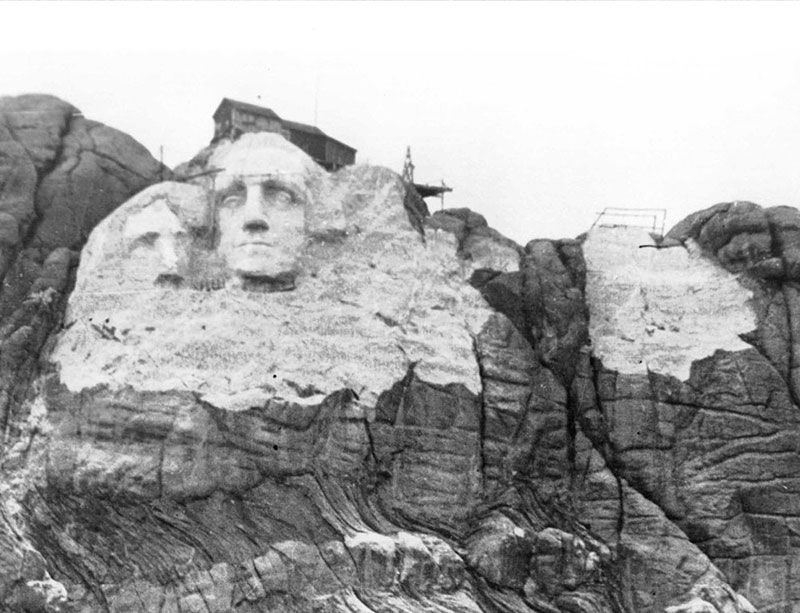 Gutzon Borglum died in 1941 before the project was finished. His son Lincoln—an accomplished sculptor in his own right and the assistant to his father—completed the massive project in October of that year. Other elements had been planned for inclusion, but the federal funds for the project that the senators from South Dakota had originally been able to wrangle from Congress, were no longer available for increased appropriation. The last living carver of Mount Rushmore, Nick Clifford, died at the age of ninety-eight in 2019. 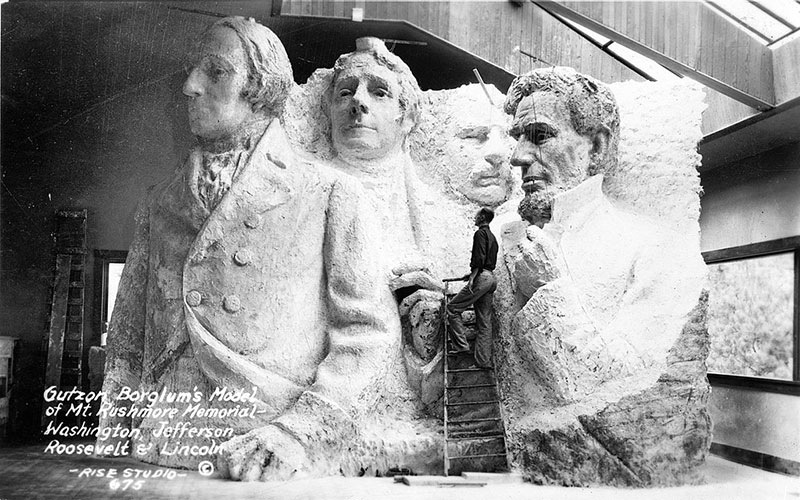 Borglum’s model of Mount Rushmore after Jefferson had to be moved to be between Washington and Roosevelt, and also showing Borglum’s original vision of much taller and more detailed carvings

More than two million visitors view Mount Rushmore each year, South Dakota’s top tourist attraction. Various groups have lobbied for the addition of more presidential sculptures on Rushmore. The top prospects, according to a New York Times poll of “social scientists,” should be Franklin Roosevelt and Barack Obama. A recent poll of Landmark Events historians, who lead a wonderful history tour of South Dakota, voted unanimously for Presidents John Tyler and Grover Cleveland to be added on Mount Rushmore. Congressional funding is not pending at this time. 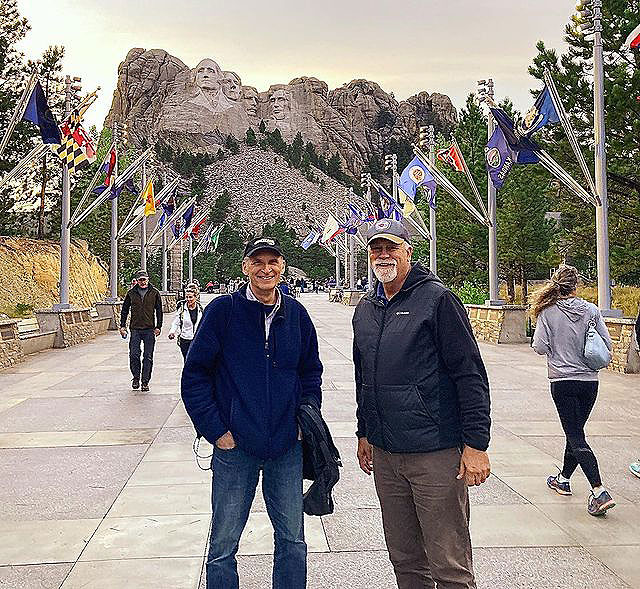 The inimitable Mr. Potter and our good friend Stan Bass in front of Mount Rushmore during Landmark Events’ recent Spirit of the West tour in South Dakota 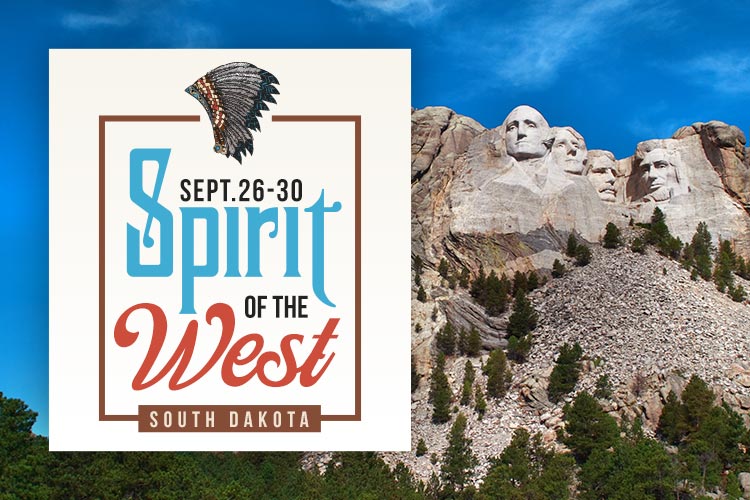