Order Issued for the Arrest of William Tyndale, 1528

“All Scripture is God-breathed and is useful for teaching, rebuking, correcting and training in righteousness, so that the servant of God may be thoroughly equipped for every good work.” —II Timothy 3:16,17

Order Issued for the Arrest of William Tyndale, June 18, 1528

ranslating the Bible into English has a long and bloody history; long because the Roman Catholic Church sanctioned only the Latin versions, which only educated priests could read; bloody because they killed—or tried to kill—anyone who attempted translation into the vernacular language. Translations in the language of the people were available in France and Germany well before England officially allowed it. John Wycliffe in the 14th Century oversaw the translation of the Bible from Latin to English and hand-copied and disseminated it. He himself died peacefully, but his disciples—known as Lollards—were hounded and murdered in the following two centuries. 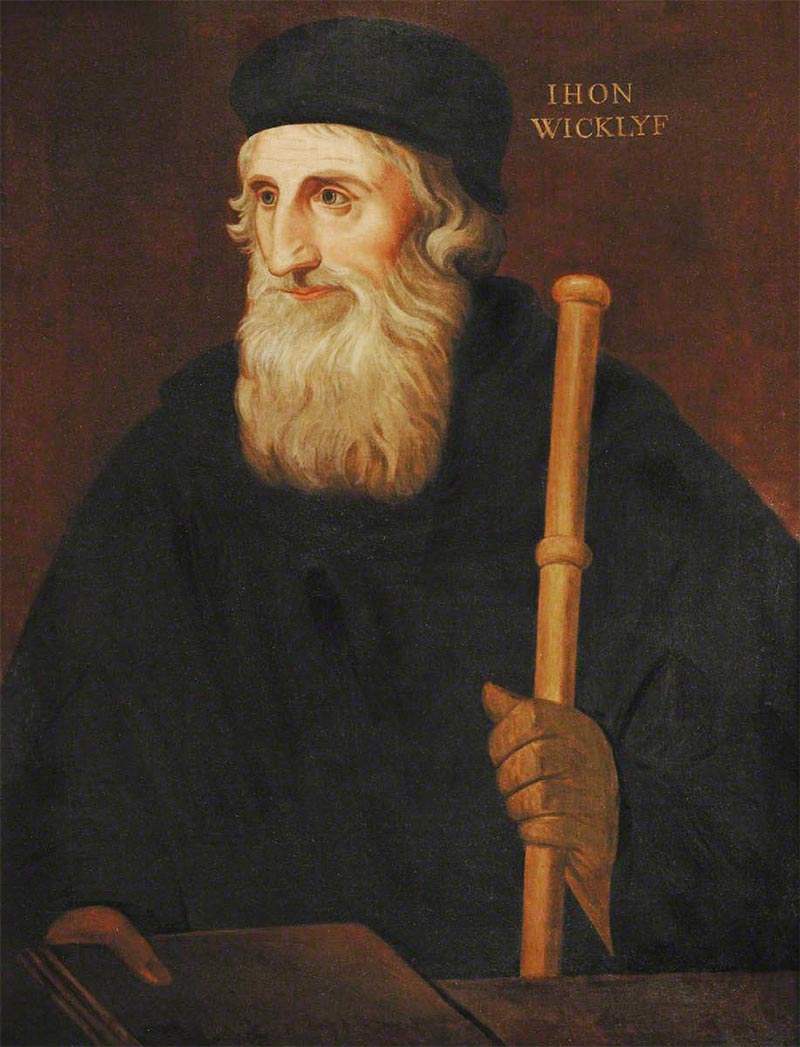 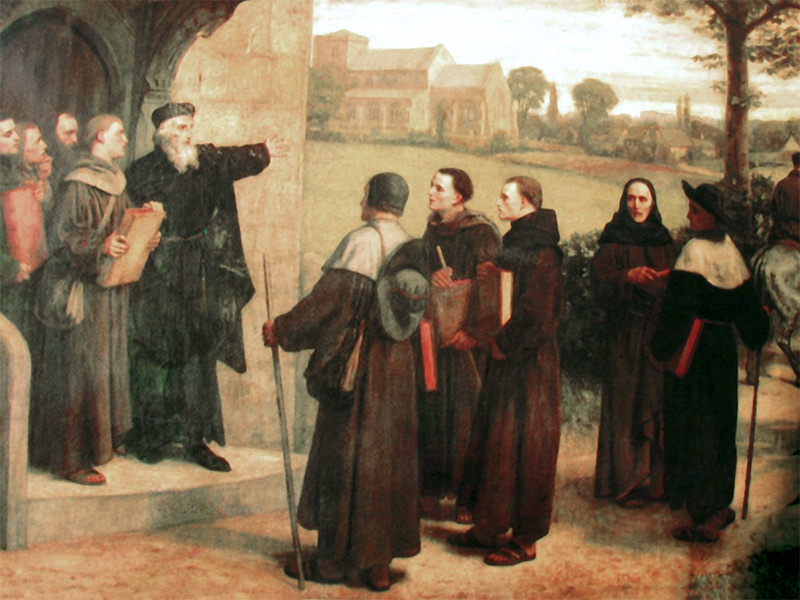 Wycliffe sends his translation out with his followers, the Lollards—a derogatory term used generally to deride those without an academic background, and more particularly those who followed the teachings of John Wycliffe, a forerunner of the Protestant Reformation.

It took William Tyndale in the 16th Century, during the Protestant Reformation, to produce a translation from the original languages into English, and break the barriers of Bible prohibition for the people. He was strangled and burned at the stake as a heretic. 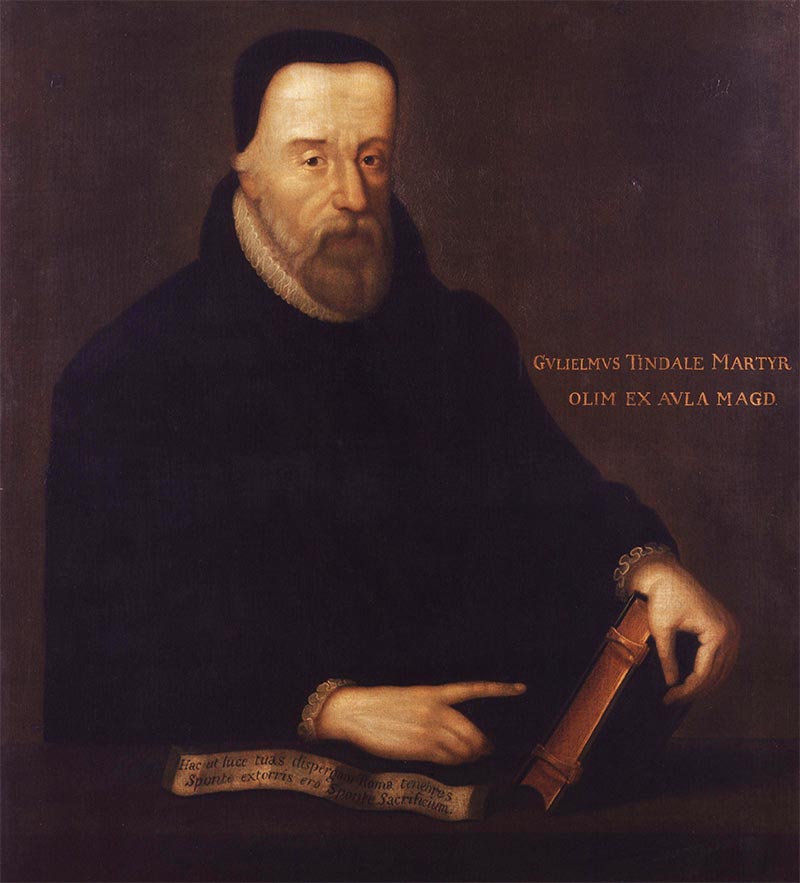 Just as most of the leading Protestant Reformers were either priests or monks, William Tyndale studied for and was ordained to the priesthood of the Roman Church. He came from a noble family and attended both Oxford and Cambridge. He apparently had a natural gift for languages, for he became fluent in six other languages than English, including Hebrew and Greek. In his studies, Tyndale had acquired a copy of the Greek New Testament by Erasmus of Rotterdam, discovering the doctrine of salvation by faith alone early in his career. He became convinced that his countrymen would never hear the Gospel until they had the Scriptures in their own language. Putting the Bible in their hands became a passion of the learned priest, and he set out to translate the New Testament from Greek to English. His request to the Bishop of London for permission was utterly rejected and declared an illegal and dangerous act. The development of the printing press, and the dissemination of Martin Luther’s writings spurred his efforts in biblical translation, and Tyndale set out to find a city on the continent amenable to his quest. 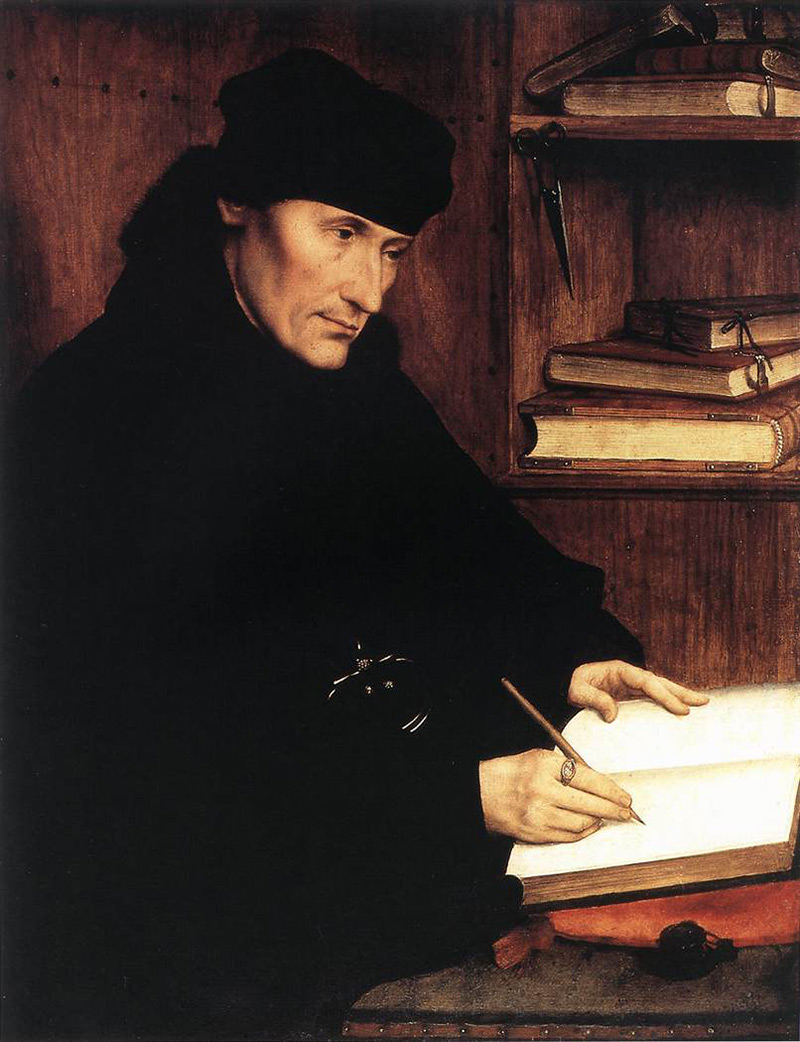 Tyndale was an alumnus of University of Oxford’s Hertford College, established in the 1280s

He published his first New Testaments in the German City of Worms in 1525, from where it was smuggled into England. King Henry VIII, Cardinal Wolsey, and Sir Thomas More were infuriated. More called it the “testament of Tyndale’s master, the Antichrist.” The authorities of Church and State bought up all the copies they could get their hands on, unwittingly financing the next printings that would follow and be smuggled again into the country. By that time, Tyndale’s translation and publishing efforts were being carried on in several places in the “Low Countries.” 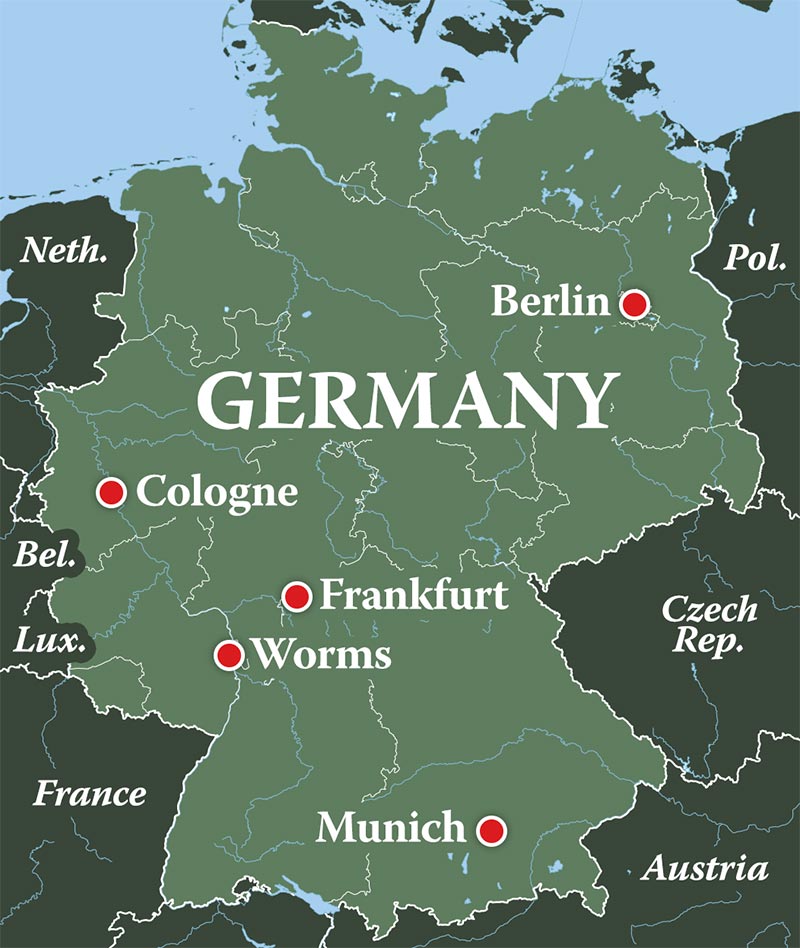 Location of Worms within Germany

Cardinal Thomas Wolsey issued a demand on June 18, 1528 for the Ambassador to the Netherlands to track down Tyndale for trial and execution. Secret agents were also sent from England, but he was able to elude his pursuers for eight years in the city of Antwerp before being discovered and seized. The translator was convicted of heresy by special prosecutors of the Holy Roman Emperor for teaching salvation by faith alone, among other “Protestant” doctrines. He was strangled and burnt at the stake. In the same year, one of Tyndale’s translations was presented to Henry VIII without Henry’s knowledge of its origins. He declared “in God’s name let it go abroad among the people.” Two years later, Henry ordered every church in England to have at least one copy of the Bible in English for every church. 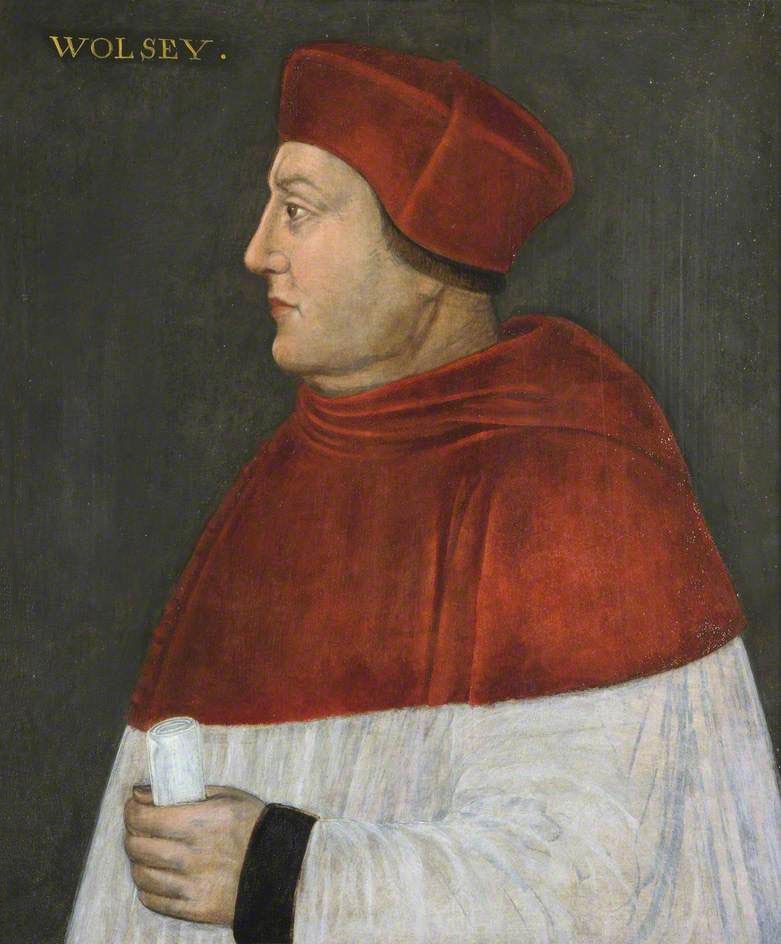 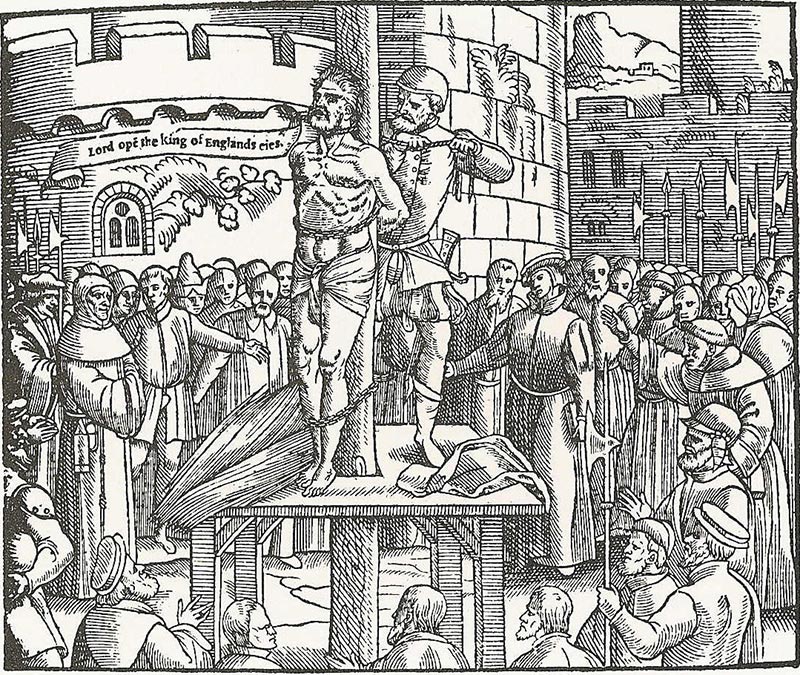 Before being strangled and burned at the stake, Tyndale is said to have cried out, “Lord, open the King of England’s eyes!”. (Woodcut from Foxe’s Book of Martyrs, 1563)

The Tyndale Bible legacy lived on in the “King James Version,” abut seventy-five years later, which is about 90% identical.

“Let it not make thee despair, neither yet discourage thee, O reader, that it is forbidden thee in pain of life and goods, or that it is made breaking of the king’s peace, or treason unto his highness, to read the Word of thy soul’s health—for if God be on our side, what matter maketh it who be against us, be they bishops, cardinals, popes.” —William Tyndale 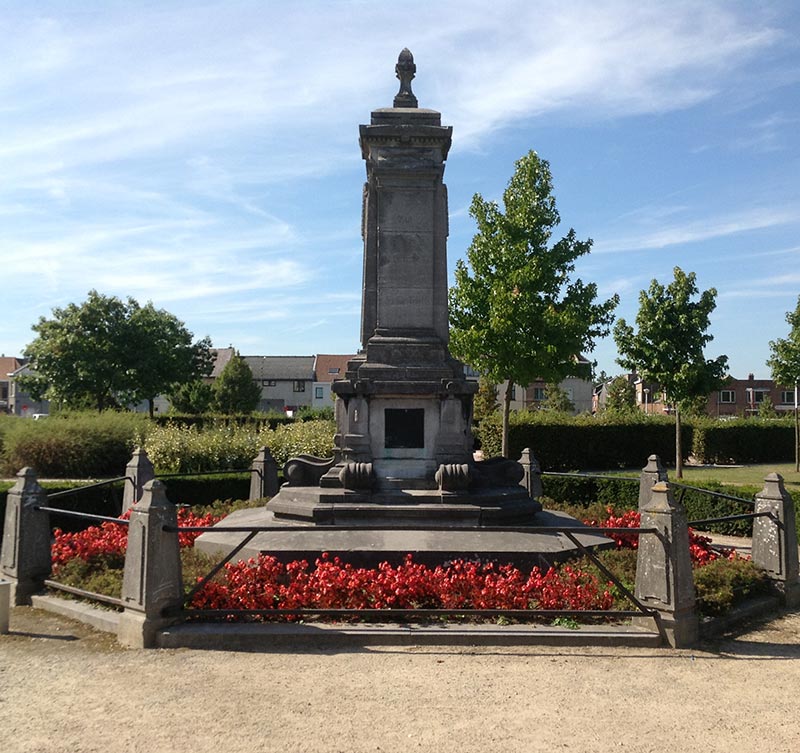 Memorial to William Tyndale in Vilvoorde, Belgium where he was martyred