“Do nothing from selfish ambition or conceit, but in humility count others more significant than yourselves. Let each of you look not only to his own interests, but also to the interests of others. Have this mind among yourselves, which is yours in Christ Jesus.” —Philippians 2:3-5

ne of the side effects of the Protestant Reformation of the 16th Century has been the proliferation of denominational churches, many of whom hold a central core of doctrines in common, particularly about the person and work of Jesus Christ, but differ on the interpretation of Scripture regarding a few or many other particular beliefs. Some Christians view these differences as the great strength of Protestantism, others see them as evidence of abandoning the idea of the oneness of the Church and a sinful refusal to reconcile idiosyncrasies. For Richard Allen, worshipping God free of racial animus brought about the creation of the African Methodist Episcopal Church (AME). 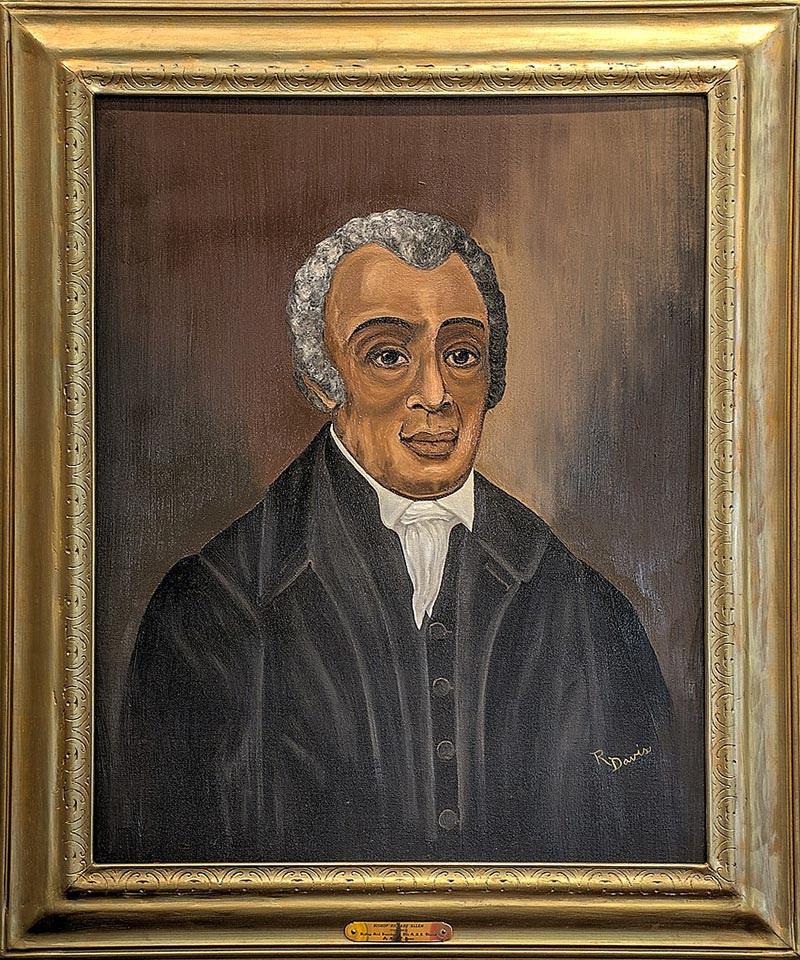 In 18th Century America, slavery existed in all thirteen British colonies. With the winning of independence from England, some of the New England states abolished “the peculiar institution,” beginning with Massachusetts in 1783. Slavery remained legal in Delaware until the 13th Amendment to the Constitution in 1865, not officially confirming their compliance until 1901. Richard and his family, parents and siblings, were owned by one Stokely Sturgis on his Delaware plantation. Richard’s mother and two of his siblings were sold off, but Richard remained in bondage to the same family. He and an older brother and sister were permitted to attend the local Methodist Society meetings where, Richard later recorded, “I was brought to see myself poor wretched and undone. Shortly after, I obtained mercy through the blood of Christ.” After joining the Society at the age of 17, Richard learned to read and write and, recognizing a gift for preaching, began to evangelize all who would listen.

Richard’s earthly master, not a professing Christian, was convinced by the Rev. Freeborn Garrettson—a minister who had freed his own slaves—to at least give opportunity for his laborers to purchase their freedom. Through the kind providence of God, Richard saved enough to purchase his own freedom from bondage, and added the surname of Allen. In 1786, the founding church of Methodism in the United States—St. George’s Methodist Church in Philadelphia—allowed George to join the staff and conduct 5:00am Sunday morning services. As might be expected, the people of the free black community of the city came to hear the powerful preaching of the former slave. 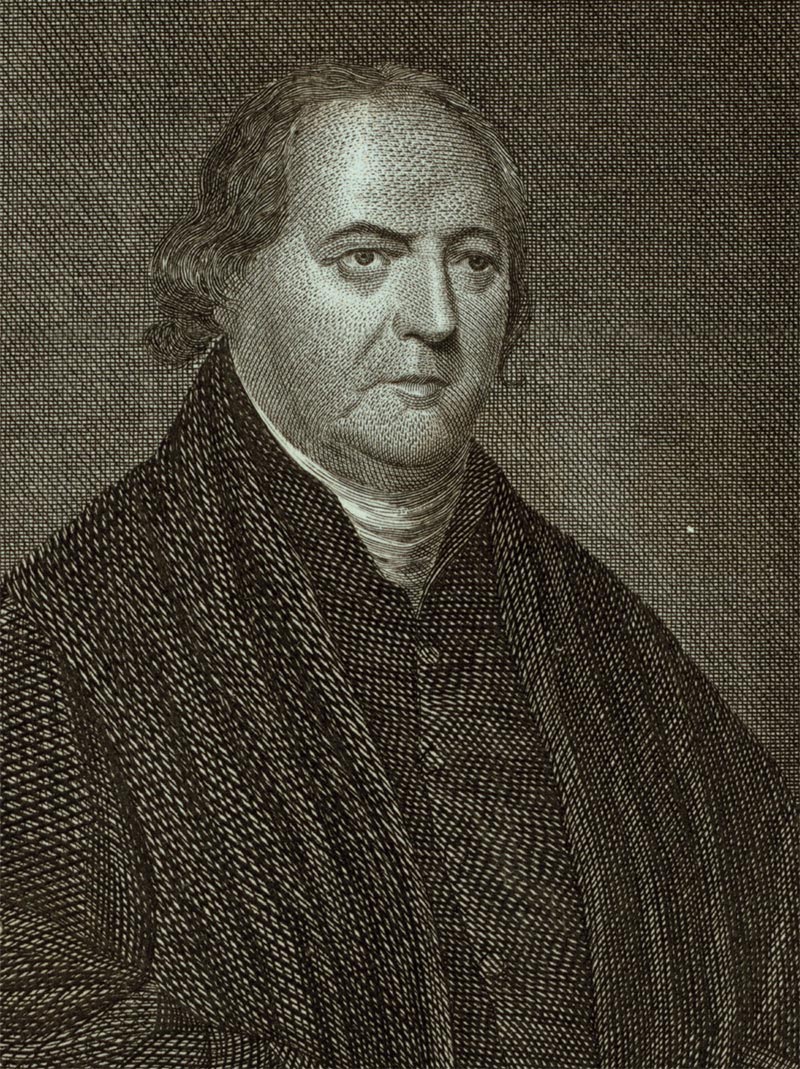 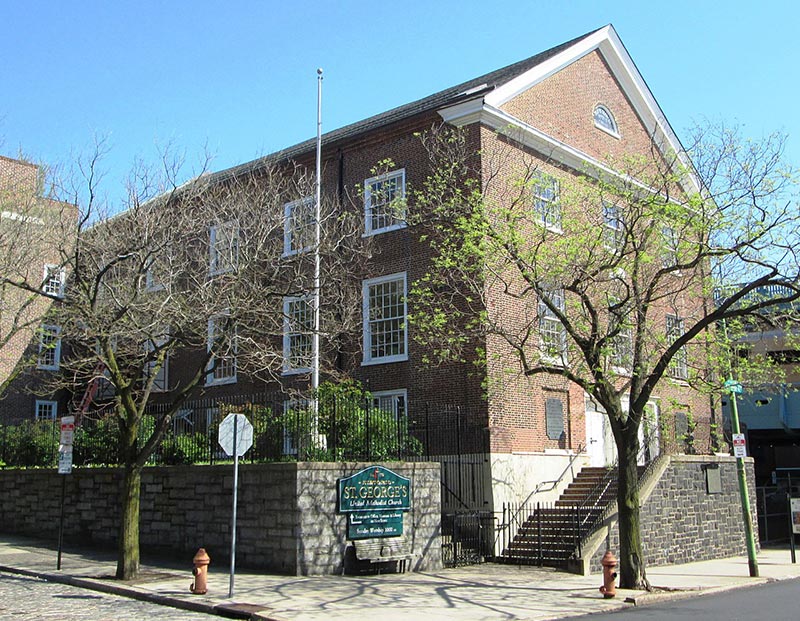 Rev. Allen usually preached on the commons, and the fifty or so congregants joined him for worship inside the church building later on the Sabbath, where they were segregated in the balcony or made to stand. In protest to being segregated for prayer and preaching, in 1787, Rev. Allen and fellow African-American preacher Absalom Jones formed the Free African Society as a non-denominational voluntary association that provided a place for runaway slaves and freemen to worship together and for “mutual aid.” Active in the small but burgeoning abolitionist cadre in Philadelphia, the FAS continued growing in number and effectiveness into the 19th Century. Many of the congregants followed Jones into the Episcopal Church, where he eventually became the first black Episcopal priest in the United States. 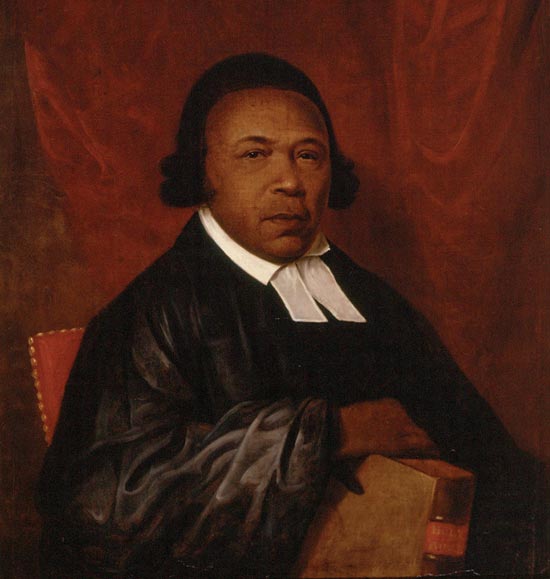 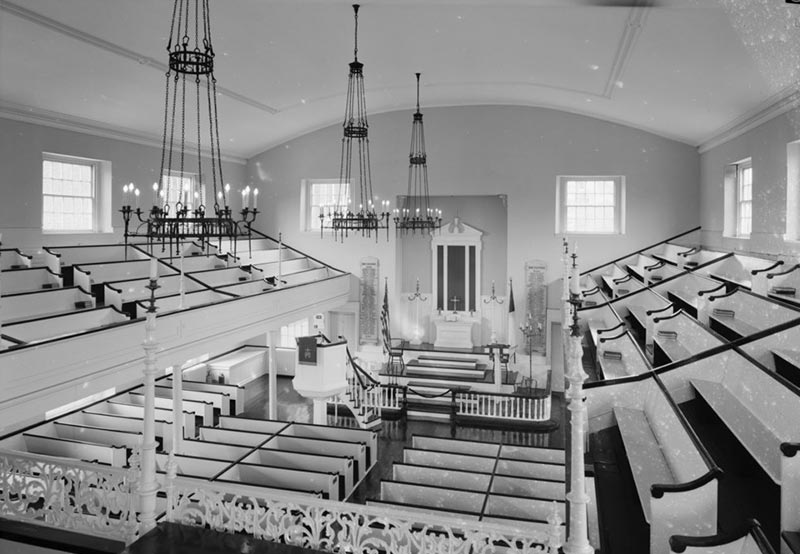 The remainder of the FAS members joined Allen as he remained convinced of the Methodist communion and organized Bethel African Methodist Episcopal Church on July 29, 1794, under the initial oversight of Bishop Francis Asbury, who ordained Allen in 1799, making him the first “officially ordained” African-American Methodist pastor in the U.S. Within ten years, membership had climbed to more than four hundred fifty and by 1813, over twelve hundred. In 1816, Richard Allen combined a number of other black congregations in Pennsylvania and Delaware and formally separated into the African Methodist Episcopal Church, the first independent black denomination in the United States, with the Rev. Allen as the first bishop. 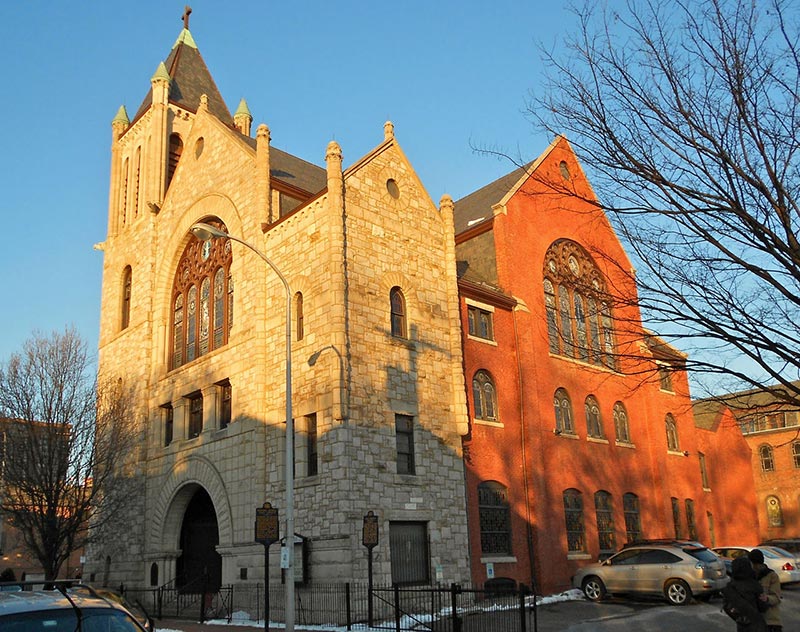 The preaching of Richard Allen, almost exclusively “evangelistic” in the beginning, was “never expository,” always extempore, and full of calls to action. The major themes of his preaching became abolition, education, temperance and colonization. His church became a stop on the “underground railroad” that ran through Philadelphia. Bishop Allen died in 1831, looking back to a time when there had been little or no hope of ever rising above being a field hand on a Delaware plantation. But God had plans otherwise and a calling that reached thousands of people in his own time.

During the Civil War, AME pastors travelled south with the Union armies and established congregations of Freedmen across the South. By 1880, there were more than 400,000 members and missionaries in at least two African nations. Today, the African Methodist Episcopal Church has members in thirty-nine countries and five continents with twenty-one bishops, whose theologians have led the churches to preach against “oppression, racism, sexism, and economic disadvantage.” Rhetoric and rage only stoke the fire of division, but if the AME, and all churches, would preach the whole counsel of God—an unfettered and unapologetic Gospel—they would find it is “the power unto salvation” to all. 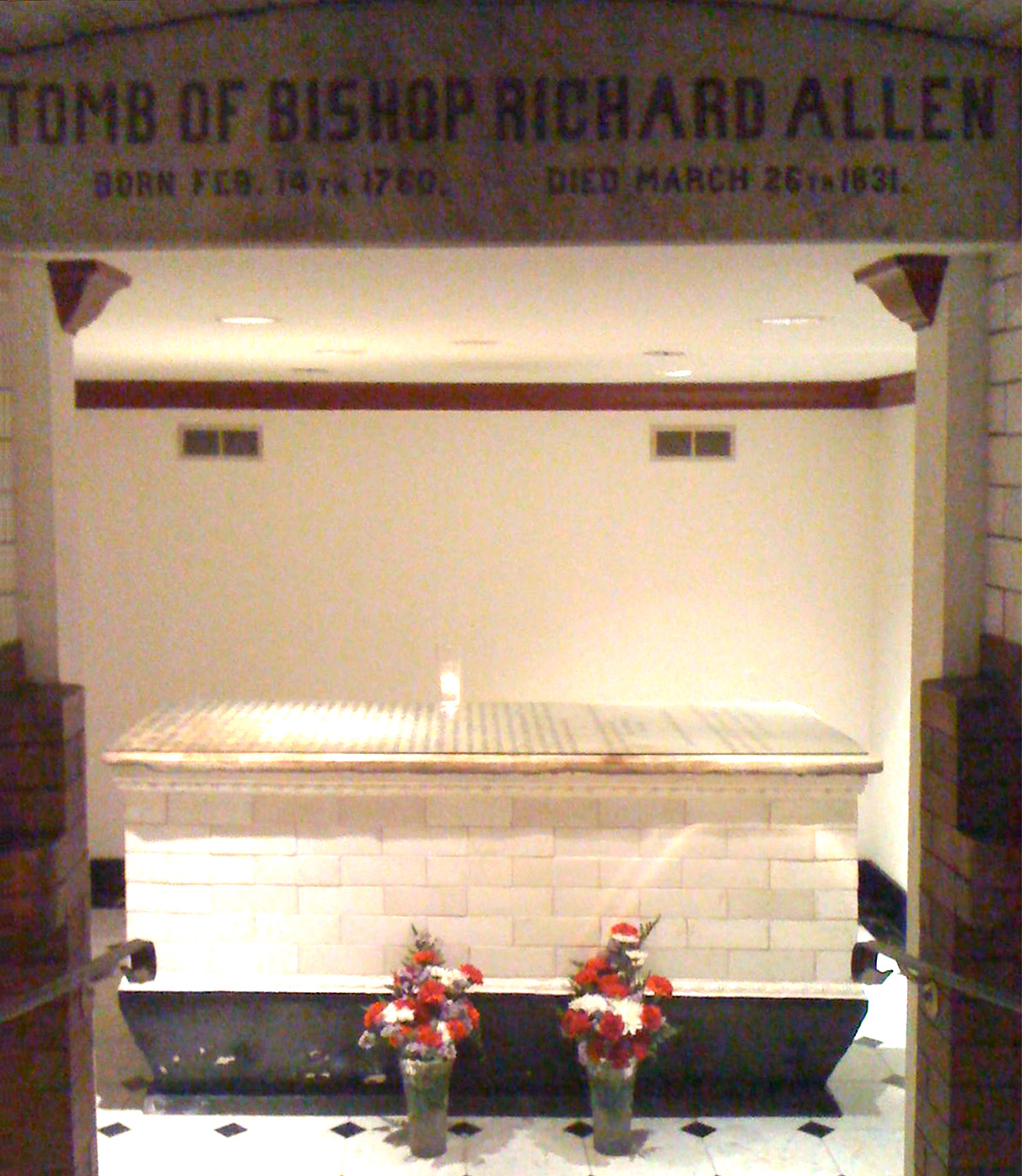 The tomb of Rev. Richard Allen in the lower level of his church, Bethel African Methodist Episcopal Church in Philadelphia