he 16th century is often called The Age of Reformation by Protestants or the Age of Spanish Conquest by others. In the midst of all the conflicts that plagued both of those powerful movements, a threat loomed in the Mediterranean Sea that could have jeopardized them both—the all-out assault by the Islamic champions of the Levant, the Turkish Ottoman Empire. Pope Pius VI created a coalition known as the Holy League, whose fighting naval captains knew a thing or two about sailing, and met the Ottoman fleet off the coast of Greece at Lepanto. 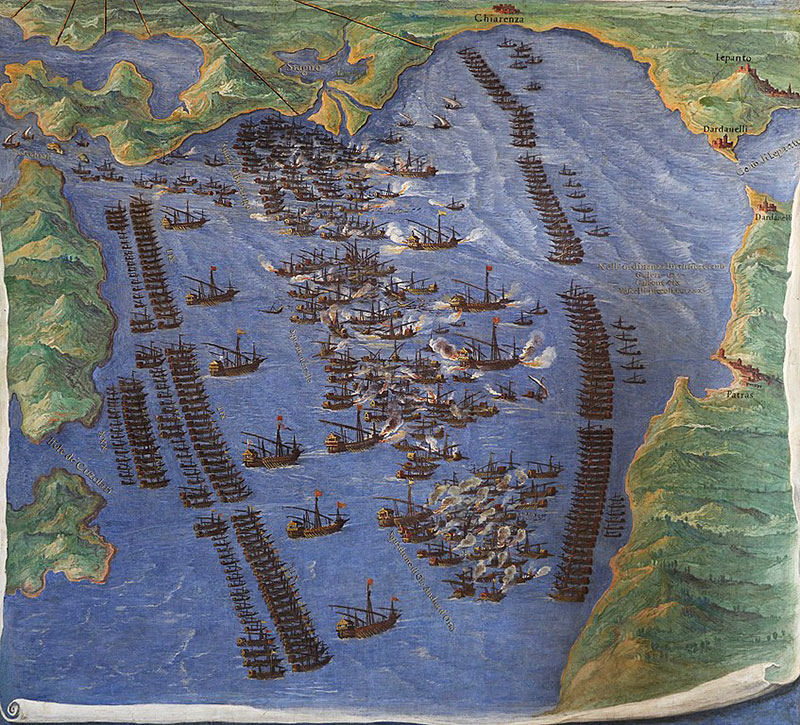 A fresco depicting the Battle of Lepanto which is displayed in the Hall of Maps,
Vatican Museums, Rome

In the middle of the 16th century, the Ottoman Turks became a major power, controlling the Balkans, the Middle East, the Black Sea and the eastern Mediterranean. The Grand Visier Sokullu Mehmed Pasha realized that his ambitions to thwart the Portuguese designs on the Red Sea and Indian Ocean required the conquest of the island of Cyprus. Held by the Venetians, the island offered a safe haven for Christian corsairs raiding Muslim shipping and threatening maritime communications with Egypt, the richest province of the Ottoman Empire. After a long siege by the Grand Visier’s naval and land forces in 1570, Cyprus was captured. The captured Venetian officers were beheaded in retaliation for executing Muslim prisoners. 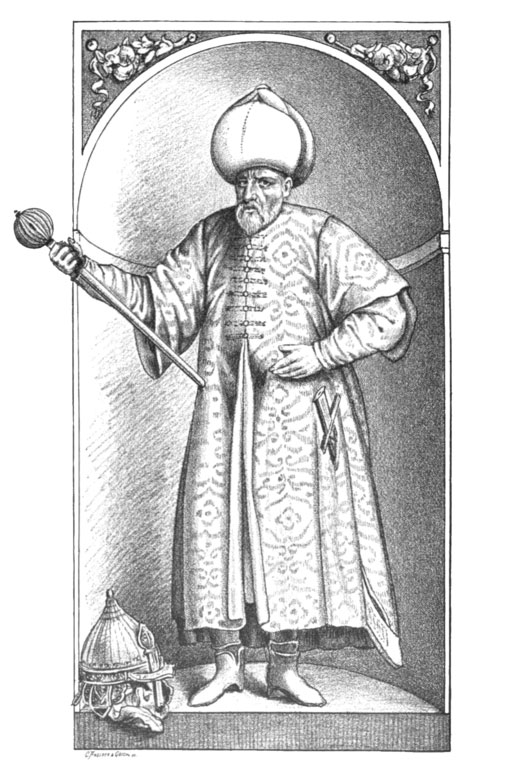 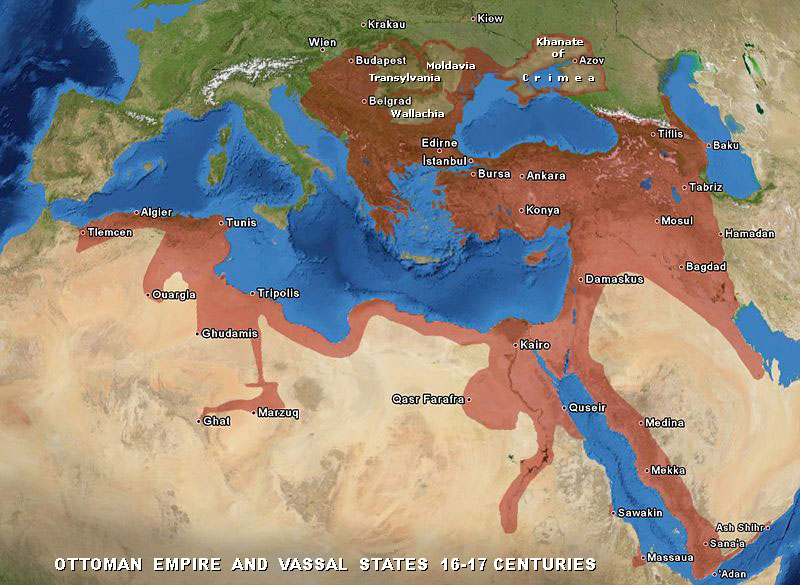 The extent of the Ottoman Empire in the 16-17th centuries

In response, the combined fleets of the Papacy, Spain, Venice, Genoa, Tuscany, Savoy, Urbino, Parma, and the Knights of Malta formed the “Holy League,” assembled 200 galleys, 100 ships, and 50,000 infantry to take on the Ottoman forces. The fleet was led by Don Juan of Austria, the 23-year-old brother of Phillip II of Spain. The barbarity of the Muslim massacre united the diverse Catholic forces and put them in a mind for vengeance. On October 7, the coalition forces united near the Gulf of Lepanto, slightly outnumbering the Ottoman forces 1,334 guns (artillery) to 741 and 225 galleys and galleasses to 205, with 64,400 soldiers and sailors to 77,700, although many of the rowers in the Muslim fleet were Christian slaves 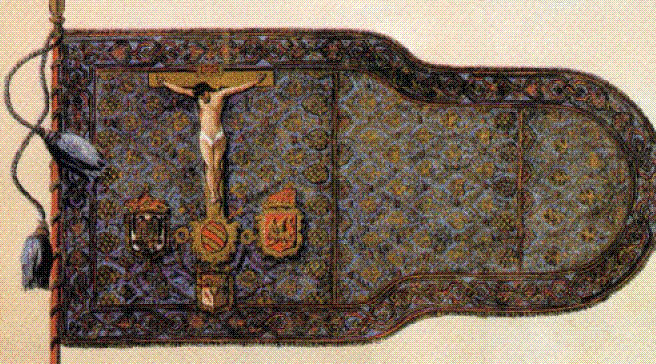 The standard of the Holy League—as flown by Don Juan of Austria aboard the Real—which displays the crucified Christ above the respective coats of arms of Pius V, Venice, Charles V, and John of Austria, all linked by chains symbolizing the alliance 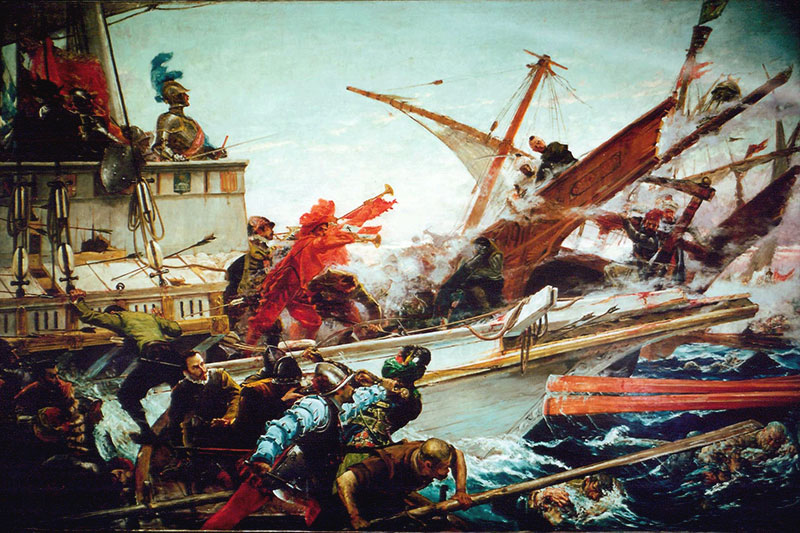 An artist’s depiction of the Battle of Lepanto, showing Don Juan of Austria
at the bow of his ship, the Real

Although the Ottoman commander Mehmed Suluk broke the left flank of the Holy League, reinforcements sent in by Don Alvaro de Bazan counter-attacked and destroyed the entire right flank of the Turks. A ferocious melee broke out between the fleet flag ships—Don Juan’s Real and Ali Pasha’s Sultana—in the center of the battle-line, with some of the Turkish soldiers able to board the Real. Fighting for their lives and bringing superior firepower to bear, the Holy League ships prevailed in the center of the line, although a late attack by the surviving Ottoman ships on their left flank had some success. The Turkish fleet commander was killed in the action and his head lifted on a pole. The Ottoman ships broke for open water, thirty escaping. 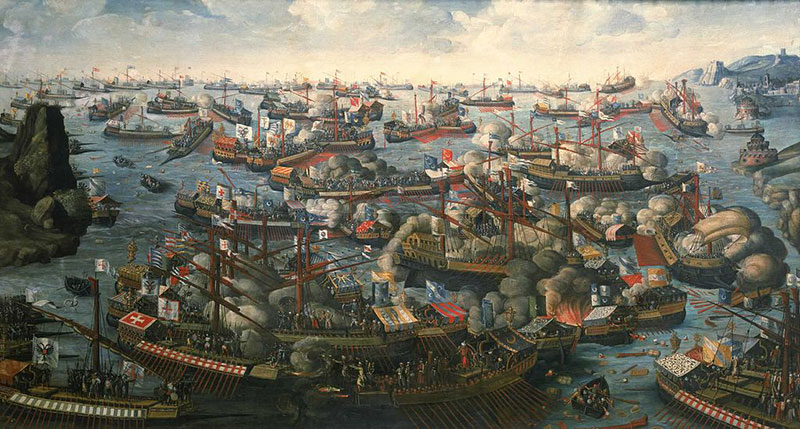 This painting is near-contemporary, but it shows an “imaginative interpretation” of the battle, as well as detailed depictions of the various ships involved, identifiable by their standards

The League lost 33 ships and about 23,000 dead and wounded; the Ottomans, about 25,000, with 84 ships destroyed and 127 captured. The League failed to recapture Cyprus but Venice was saved, along with the Island of Crete and, although the Ottomans rebuilt their fleet within a year, the loss of skilled Muslim sailors took decades to replace. Islamic ambitions to control the Mediterranean and overrun more of Europe would have to wait until the non-military swamping by millions of immigrants in the 21st century. 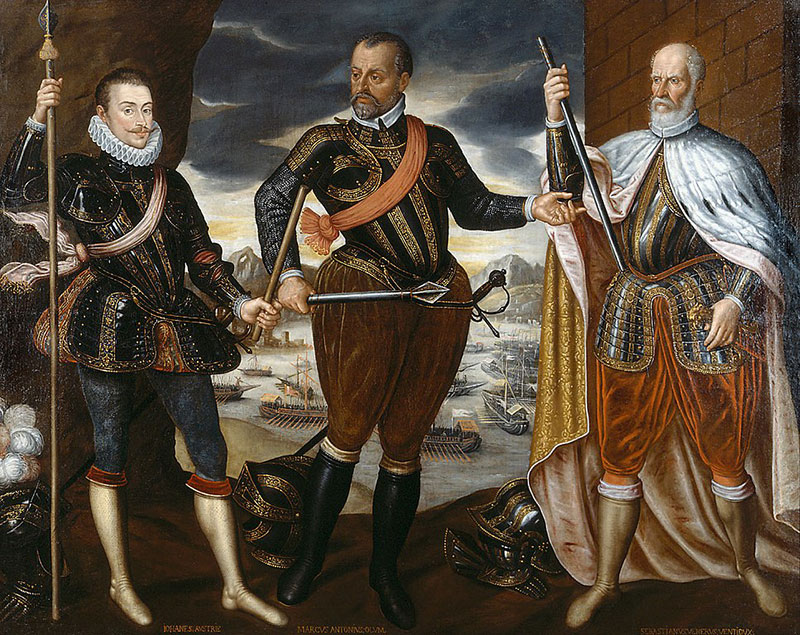 The Battle of Lepanto is always included in books with titles like The Fifty Greatest Battles of History, The Seventy Greatest Battles of History, The Hundred Greatest Battles of History, as well as the classic Military History of the Western World by J.F.C. Fuller. Seventeen years after Lepanto, the Spanish fleet turned on their other nemesis, England, and sent their greatest battle fleet in history, the Armada, to destroy the Protestant champions. However, the dons discovered they needed the combination to Davy Jones’s Locker rather than the accolades of the Pope, as 30% of their huge fleet was destroyed by English fireships and ferocious storms, sending the remainder limping back to Spain before a single soldier landed.