“When pride comes, then comes disgrace, but with humility comes wisdom.” —Proverbs 11:2

he military history of the Far East had little resonance or study in the West prior to the 20th Century. Japan was not open to Western contact until the 1850s, and China remained a fabled but closed land to most Americans. Europeans had more success in trade with the East than the U.S. did, but “military history of the Orient” remained little known. In 1905, a sea-change in interest occurred with the Battle of Tsushima Straits, which is listed in the most significant battles of the 20th Century, and has taken its place in the top tier of important military engagements in history. This naval battle between Russia and Japan certainly played an important role in Japanese strategic thinking thirty-six years later in the attack on Pearl Harbor, December 7, 1941. 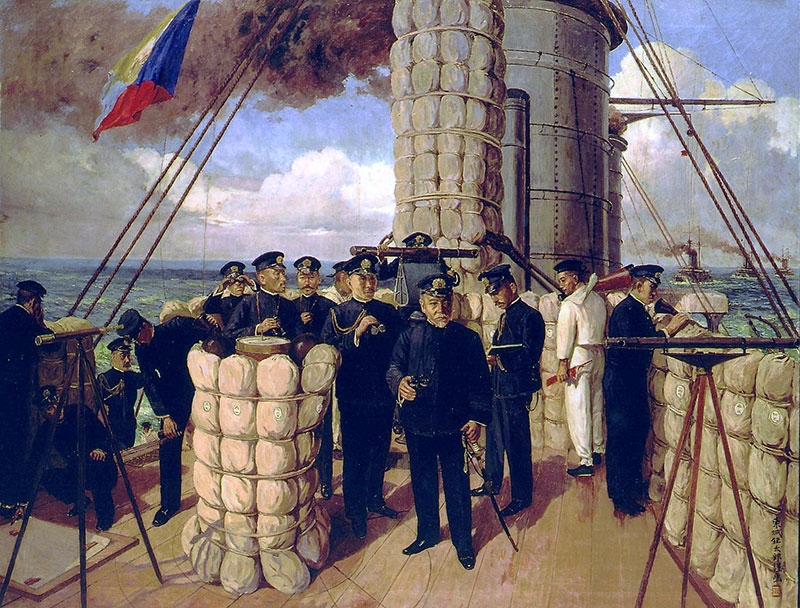 Admiral Tōgō Heihachirō on the bridge of the Battleship Mikasa
as the Battle of Tsushima commenced, May 27, 1905

In a brief war in 1894-95, Japan conquered Korea and the Liaotung Peninsula in China, including Port Arthur. The Europeans reacted swiftly and compelled the Japanese to give up their territorial conquest, an insult in an “honor-based” society, especially coming from Europeans who looked down on the Japanese as an inferior country with weird cultural ways and inbred hostility toward non-Japanese. Upon Japan’s acquiescence to the demands to cede the territory back to China, the Russians moved right in and extorted the rights to build the trans-Siberian railroad through Manchuria to Port Arthur, infuriating the Japanese. When the “Open Door” trade agreement was reached with China, Japan saw the opportunity to access the raw materials so abundant in Manchuria and without which, resource-poor Japan could not continue its industrial growth. Russia denied access and brought in troops to ensure their own control. 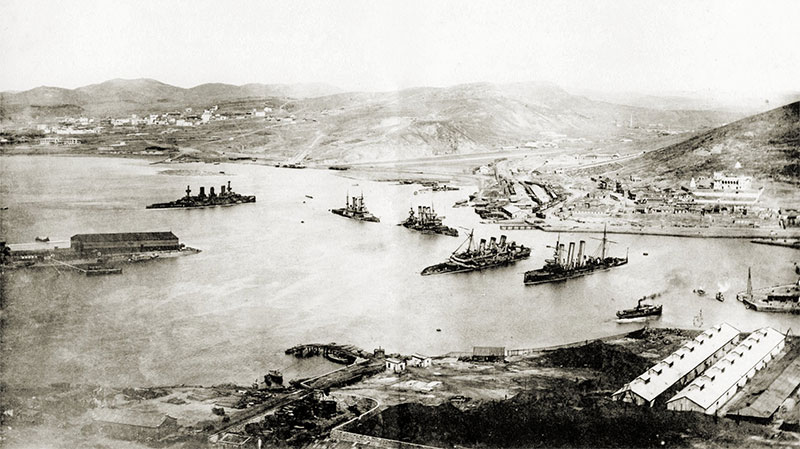 Wrecked Russian ships in Port Arthur after The Battle of Port Arthur, which took place February 8–9, 1904 and marked the commencement of the Russo-Japanese War

Japan had had enough of Russian duplicity; Admiral Tōgō Heihachirō attacked the Russian fleet with destroyers and torpedo boats in Port Arthur and Inchon, landing an army at the latter location to begin the investment of Manchuria. The Russo-Japanese War exploded in earnest. To avenge the loss of his Pacific Squadron, Czar Nicholas II sent five divisions of the Russian Baltic Fleet, including eleven of its thirteen battleships, around the world, under command of Admiral Zinovy Rozhdestvensky to destroy the upstart Japanese. The campaign certainly made history. 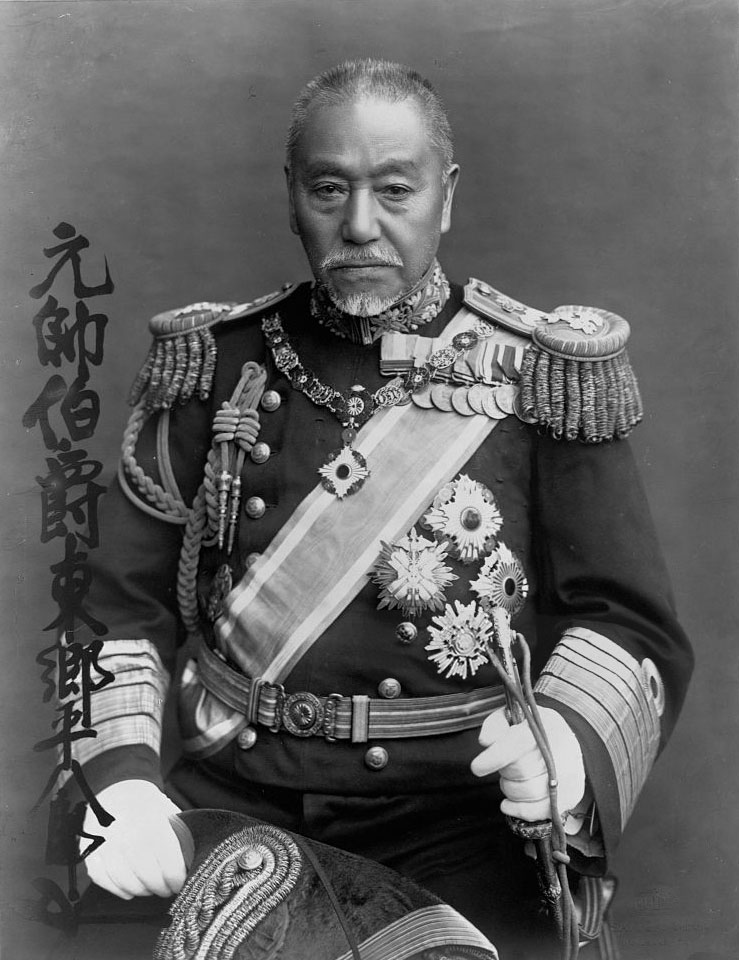 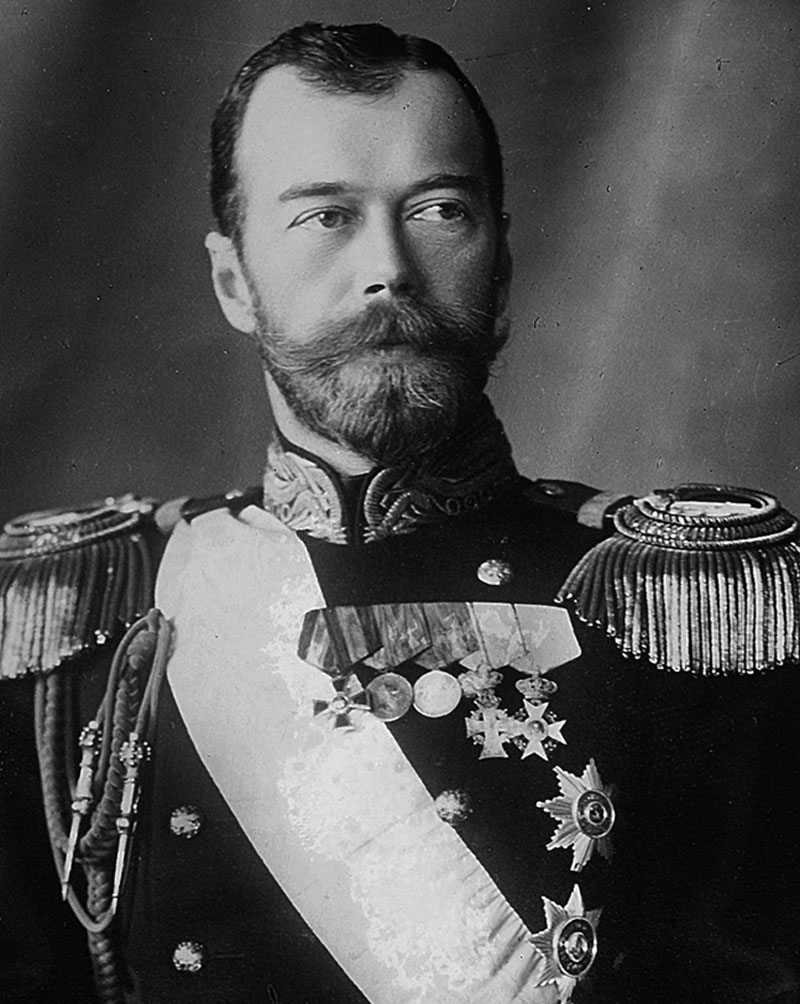 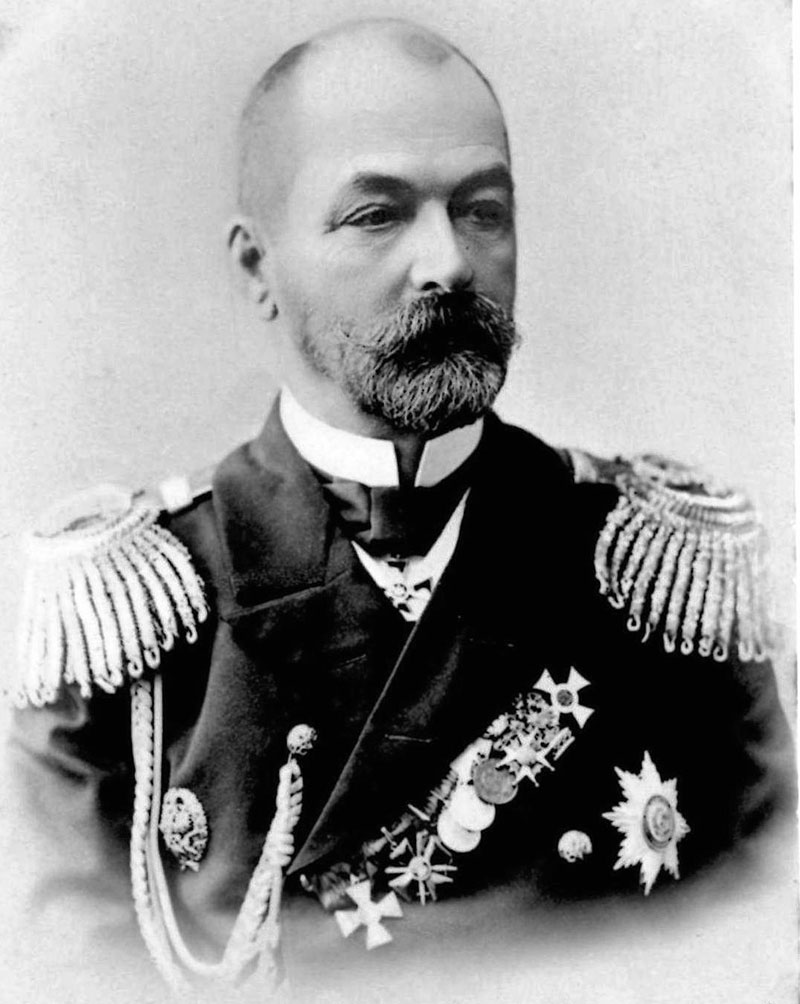 In a most inauspicious start, the Russian fleet encountered British fishing vessels off Dogger Bank in the North Sea and, thinking they might be Japanese gunboats, opened fire, sinking one and killing a few fishermen; they even shot at some of their own ships by mistake, but poor gunnery limited the loss of life. Russian diplomats scrambled to prevent England from declaring war on Russia! Due to lack of coal, the fleet took six months to reach the Straits of Tsushima. They reportedly also stopped along the African coast and collected exotic animals to take back to Russia. The Japanese fleet awaited in ambush, inferior in number, but much faster in deployment tactics, and more modern and accurate in technical skills. 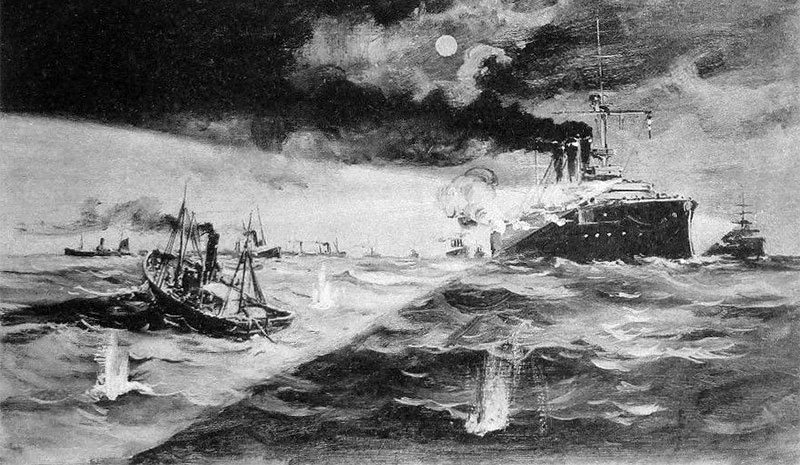 In the interim six months of preparations after the initial battles, Admiral Tōgō trained his crews constantly, improved the ammunition of his big guns and positioned his four battleships, eight cruisers, twenty-one destroyers and sixty torpedo boats near Korea where they could speed to the most advantageous areas of attack. He also employed the new wireless communications network to keep informed of the enemy’s approach. On May 27, a picket ship alerted Tōgō of the Russian fleet’s sailing nearby for Vladivostok, not looking for battle, near the small island of Tsushima. 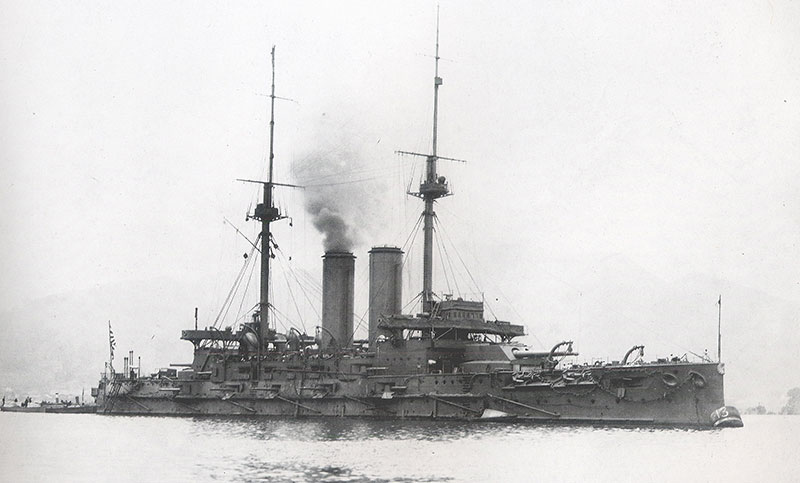 Mikasa is a pre-dreadnought battleship built for the Imperial Japanese Navy (IJN) in the late 1890s and served as the flagship of Vice Admiral Tōgō Heihachirō throughout the Russo-Japanese War of 1904–1905, including the Battle of Port Arthur on the second day of the war and the Battles of the Yellow Sea and Tsushima

Tōgō, in his flagship Mikasa, led the battleships across the column of Russian ships (known as “crossing the T”), where his big ships could fire full broadsides and the Russians only fire their forward guns. When the Russian Admiral tried to maneuver his ships to return broadsides, the faster Japanese ships darted out of the way and pummeled the enemy battleships. A Japanese officer recounted that “after the first twenty minutes the Russians seemed to go all to pieces, and their shooting became wild and almost harmless.” Admiral Rozhdestvensky himself was wounded twice, and ordered his second in command to get as many ships as possible through the straits to safety. Only a single cruiser and two destroyers survived to enter Vladivostok. Tsushima Straits was the most decisive fleet naval engagement since Trafalgar ninety years earlier. At a cost of about 1,000 casualties suffered by the Japanese, they destroyed the Russian Navy and cost them more than 10,000 casualties. 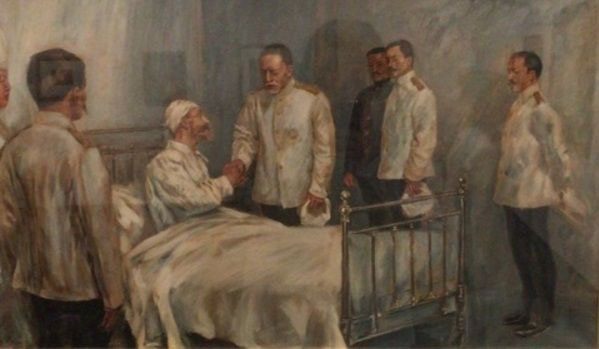 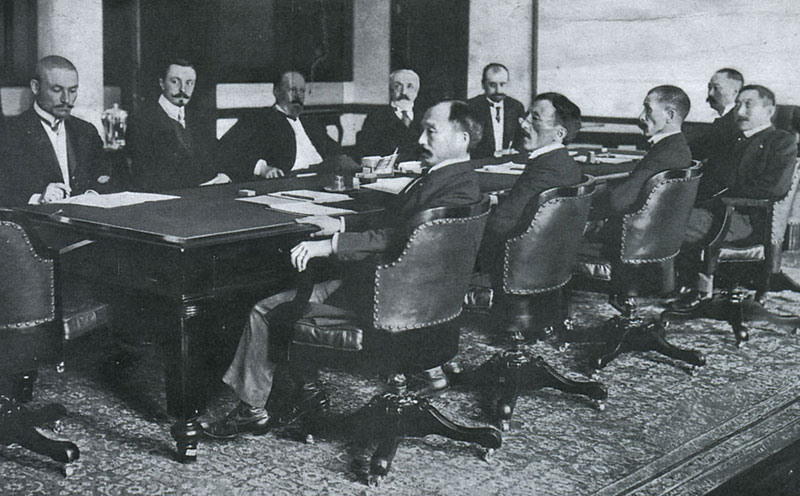 Japan, however, had shown the world that they were a Pacific naval power to be taken very seriously. How seriously would be revealed thirty-six years later at Pearl Harbor.

For more information on the battle, consult internet articles or books such as 100 Decisive Battles from Ancient Times to the Present by Paul K. Davis.