“Therefore, my beloved brothers, be steadfast, immovable, always abounding in the work of the Lord, knowing that in the Lord your labor is not in vain.” —1 Corinthians 15:58

hroughout the 19th Century, millions of people, especially in the English speaking world, moved from farm to city, from rural to urban areas, causing great social upheaval and the exponential growth of cities. The modern industrial “revolution” and the need for manual and machine laborers is most often cited by historians as the motive behind such shifting demographics. In most places, the churches were unable to keep up with the massive, newly-created housing and feeding needs that such population shifts demanded, not to mention the moral and spiritual decline and temptations that accompanied the relocations and dislocations that resulted. Christians created voluntary associations to help meet the demands of the urbanization crises, often through para-church clubs outside of the jurisdiction or accountability that was associated with normal denominational or diaconal controls. The Young Men’s Christian Association (YMCA) became the most successful and popular of the pragmatic para-church clubs. 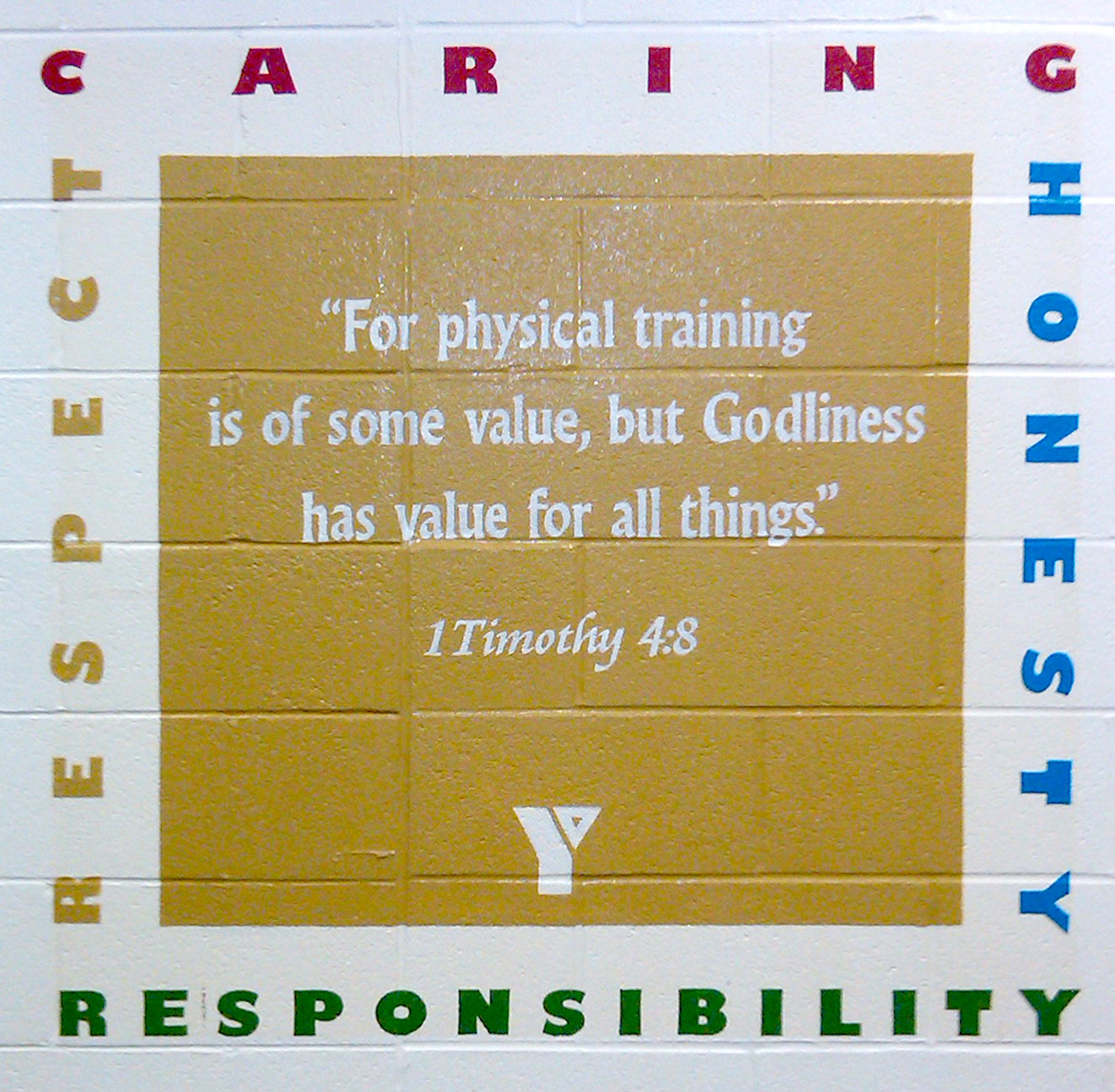 A mural inside the YMCA of New Philadelphia, OH clearly demonstrates the distinctly Christian roots and purposes of the organization 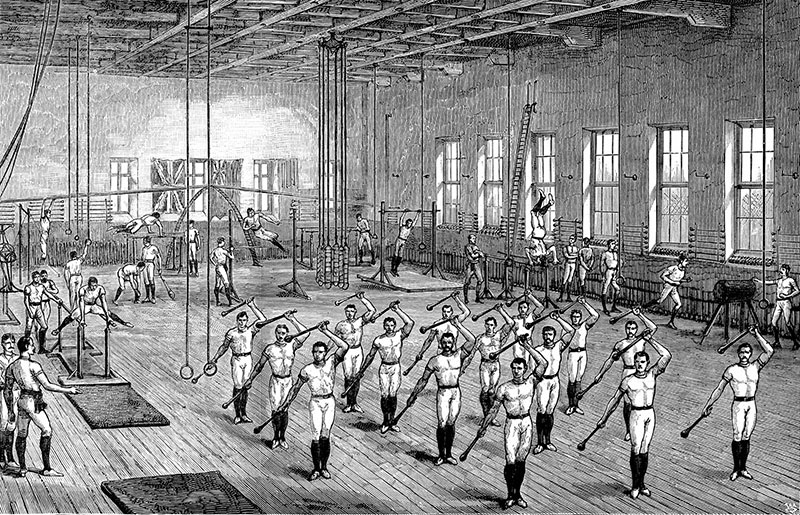 An engraving from 1888 showing men practicing gymnastics, climbing, and club-swinging at the Young Men’s Christian Association gymnasium in Longacre, London

The YMCA began as the “brain-child” of English draper George Williams in London on June 6, 1844. Williams was likely converted around the age of 16, in 1837. He left the Anglican Church and joined an independent Congregationalist Church, involving himself in evangelism and godly service in the church. He rose through promotions in the draper business he had joined as an apprentice, to become a partner in the firm and finally, sole owner by 1868. He married his partner’s daughter, with whom he fathered seven children.

As a Christian layman, Williams determined to create a ministry to young men by providing a place for them to gather for fellowship, sports, and other activities, beginning with eleven fellow workers. They emphasized self-discipline and self-sacrifice and what would later be defined as “manliness.” Williams earned enough money in his business to finance the YMCA, and, as a philanthropist, also presided over the YWCA, the London City Mission, and the Railway Mission. Organized one hundred years to the day before the D-Day assault on the beaches of Normandy, the “Y” within ten years could claim a seventy-six country international alliance of four million members, and within another hundred fifty years, forty-five million members in one hundred twenty five countries. He became Sir George Williams when knighted by Queen Victoria in 1894. 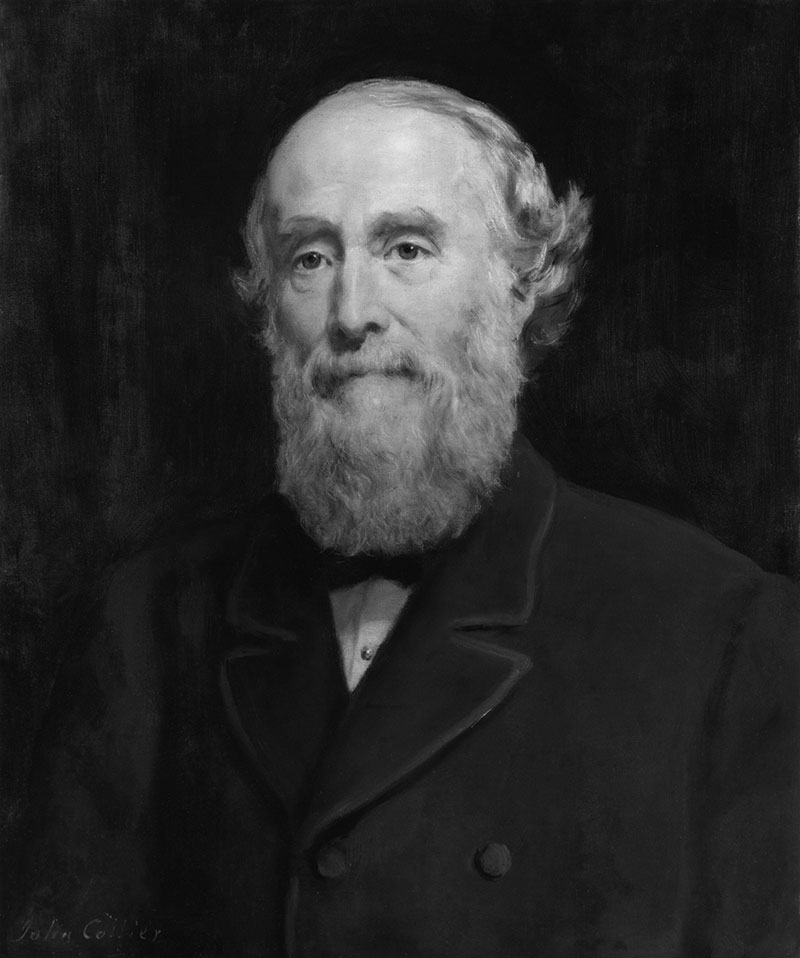 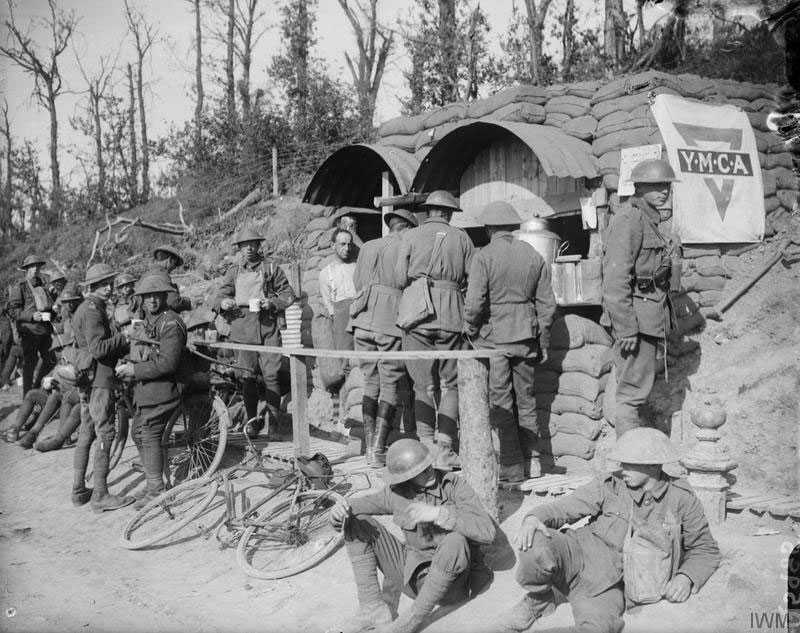 The YMCA serving soldiers within the shelling zone during WWI, near Ypres, Belgium, September 21, 1917

The American branch of the YMCA began in 1851 at Old South Church in Boston. A retired Boston sea captain—Thomas Valentine Sullivan, working as a missionary to seamen—saw the need to create a “home away from home” for sailors and merchants. A former slave, Anthony Bowen founded the first YMCA for African Americans in Washington, DC, two years later. During the first year of the American Civil War, YMCA volunteers banded together to provide aid and physical and spiritual comfort to sick and wounded Union soldiers. In a short time, they were found in the front lines assisting the chaplains and surgeons, and distributing Gospel tracts, coffee, and counsel. With the support of churches and the encouragement of President Lincoln, fifteen YMCA representatives created the United States Christian Commission—the first “Armed Service YMCA.” They would be present in every war in which American soldiers were engaged thereafter. In 1941, the YMCA would join with several other similar ministries to found the USO, active in peace and war to assist American military personnel around the world. 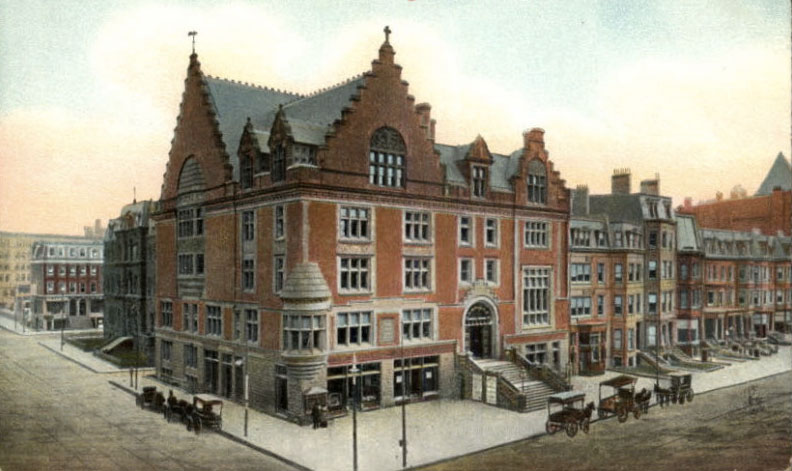 Boston, MA boasted the first US branch of the YMCA in 1851, but by 1882, had grown to necessitate a larger building, seen here 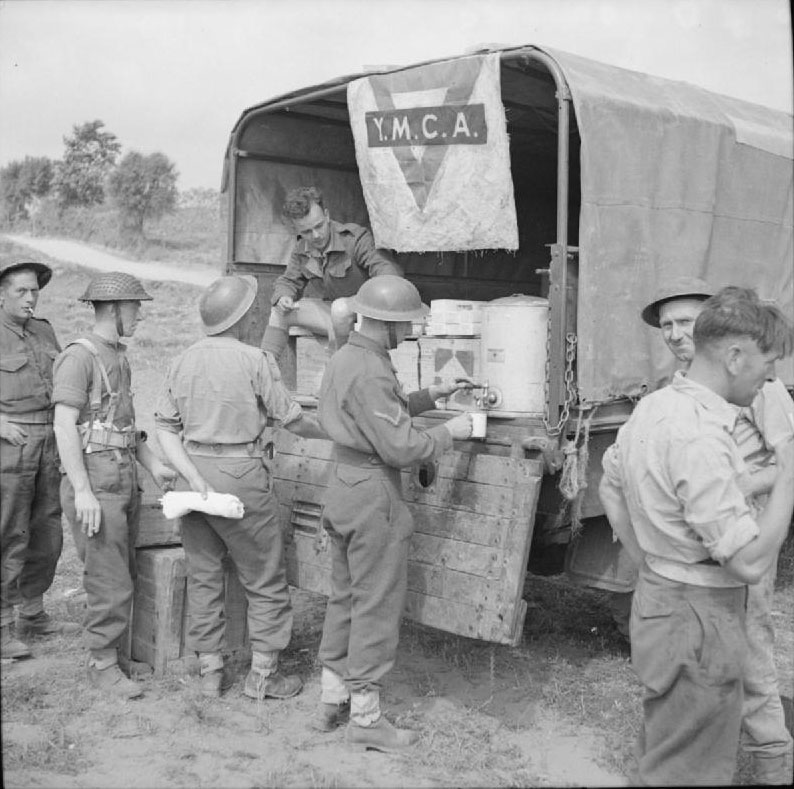 Throughout the 20th Century, the YMCA in America expanded its programs to include swimming lessons, basketball leagues, and family assistance endeavors. In the 60s, the “Y” sometimes became the welcoming meeting place for the “Civil Rights Movement.” As the YMCA has become more and more connected to the Federal Government, the social activism that enjoys government support and promotion has quietly entered the statements of purpose and the programs of the YMCA, now simply known as the “Y” to deemphasize both the male-centered and Christian nature of its origins and history.

In a 2021 article by Carole Haynes in The Haynes Report, on the developing purposes of the “Y” in Dallas, Texas, she observed that their stated mission has now gone from “Christian principles to race-based Marxism.” In 2020 the YMCA of Dallas created a new “Diversity, Equity, and Inclusion (DEI) Team” that launched Racial Equity and Innovation Centers in nine city YMCA locations. They are “on a journey to become an anti-racist, multicultural organization…to lead social change…to ensure that everyone, regardless of ability, age, cultural background, ethnicity, faith, gender, gender identity, ideology, income, national origin, race or sexual orientation, has the opportunity to reach their full potential with dignity.” 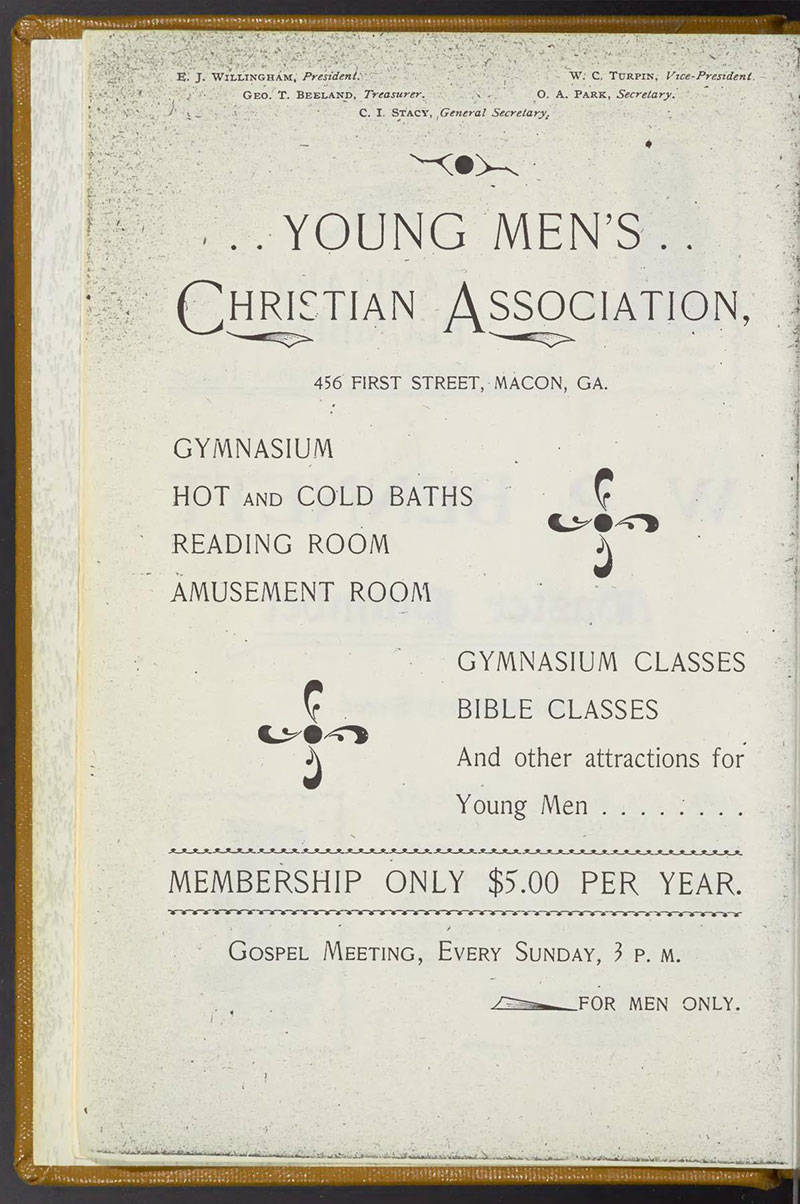 An ad for the explicitly Christian, male-centered local YMCA as it appeared in the Macon, GA city directory in 1896 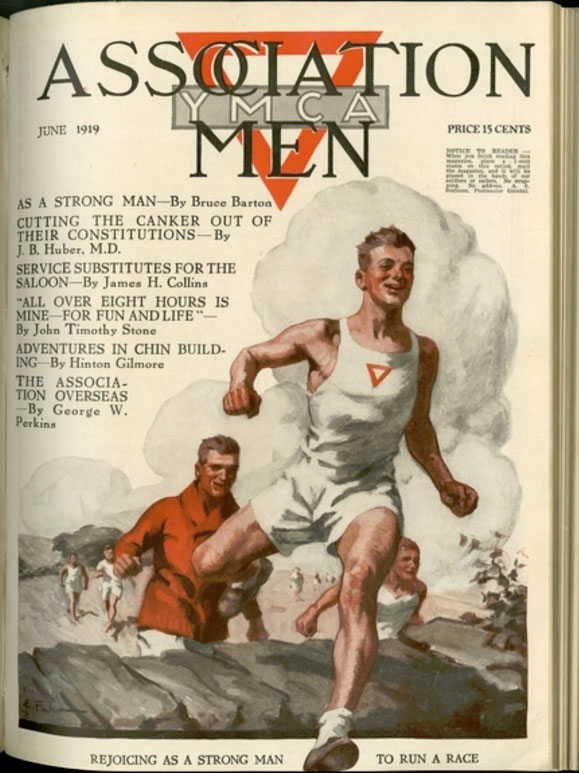 Like so many para-church ministries and private charitable or educational associations who receive millions of dollars to provide services that become connected to the political bureaucracies, and whose utopian social schemes permeate the popular culture, it seems the “Y” has happily joined the rush to destroy all the foundations of Christian society. 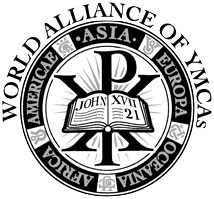 World Alliance of YMCAs logo then (1881) 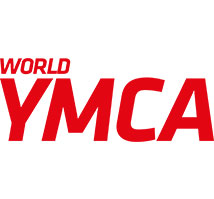