The Deliverance of John Newton, 1748

n the year 1748, twenty-three-year-old English seaman John Newton recorded that “on March 10th, the Lord came from on high and delivered me out of deep waters.” Preacher John Wesley was forty-eight, evangelist George Whitefield celebrated his thirty-fourth birthday, future poet William Cowper counted seventeen years. They would all come to know one another, and their toiling in the Kingdom of Christ would affect the evangelical world in a most powerful way in their own day and ours.

Newton’s mother had planted the seeds of the Gospel in her young son, but she died when he was seven. At eleven, he put to sea on one of his father’s merchant ships, imbibing the depraved and profane life of an ill-disciplined and selfish rogue. Upon his father’s retirement in 1742, Newton discarded his father’s wishes that he settle on a sugar plantation in Jamaica, and shipped aboard a trading vessel in the Mediterranean Sea. A year later young John Newton was kidnapped and press-ganged into His Majesty’s Navy as a midshipman aboard the 50-gun, three-hundred-fifty-crew, HMS Harwich. 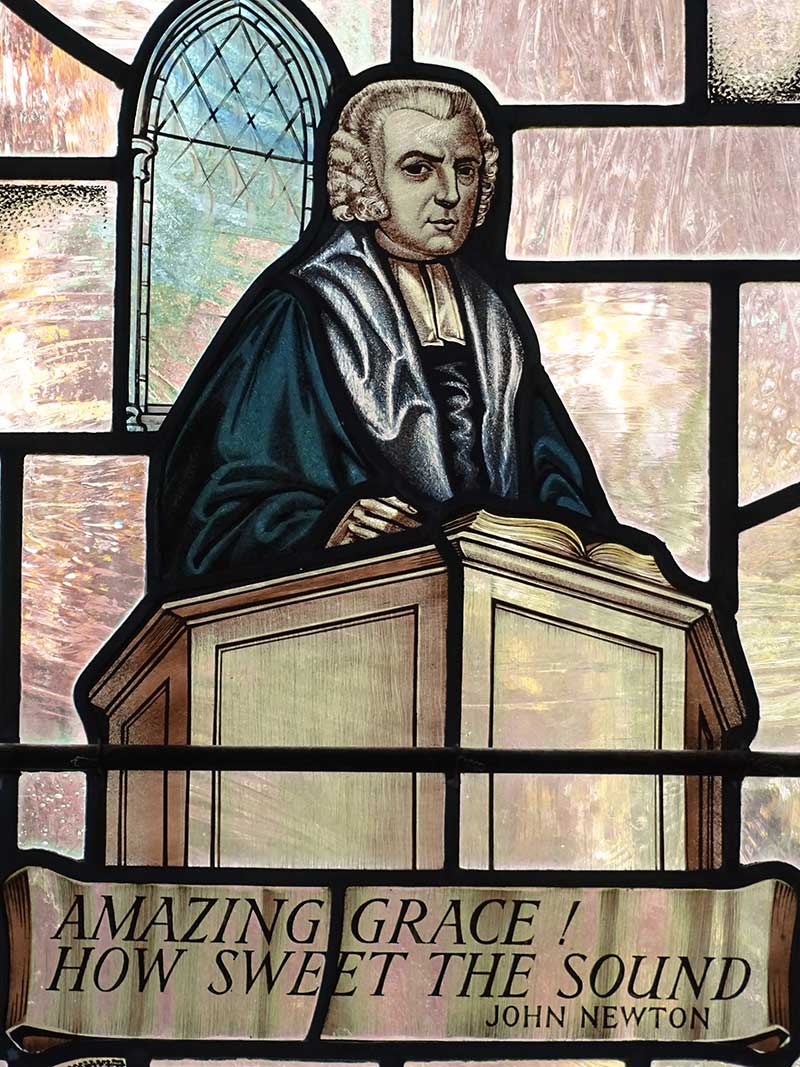 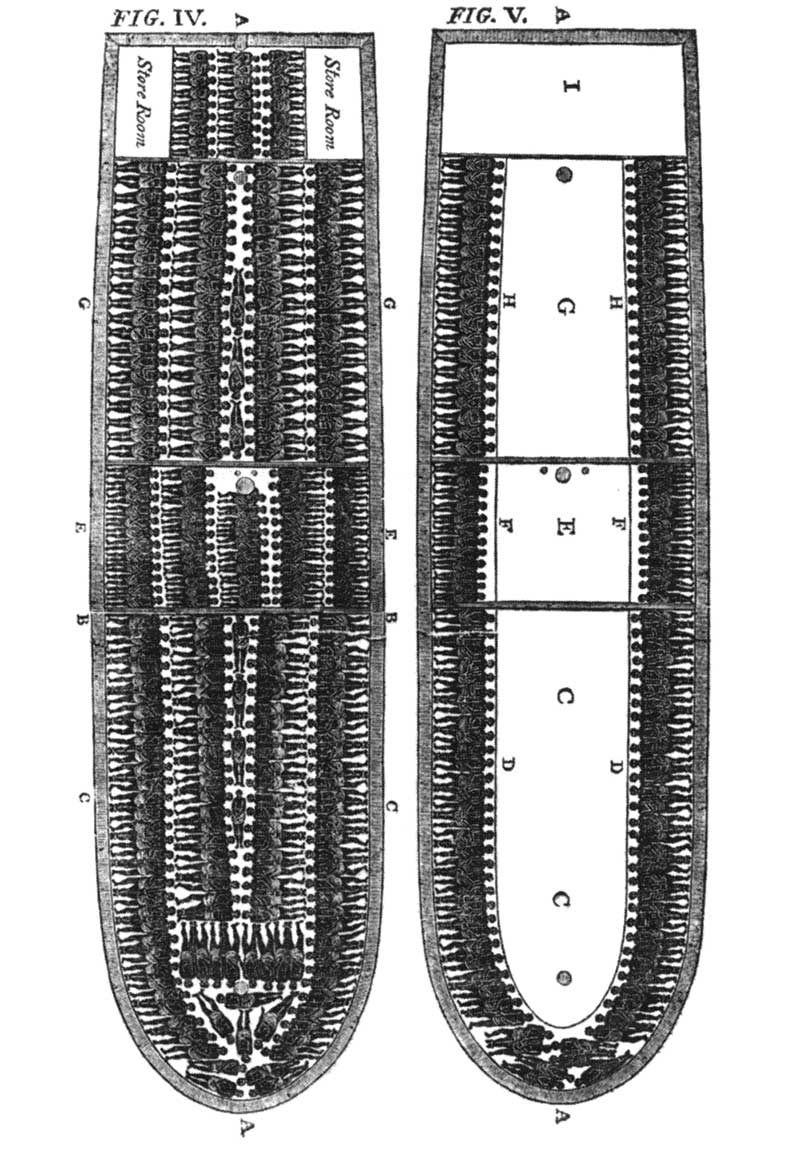 Diagram of the layout of an Atlantic slave ship such as Newton served on, circa 1790-91, showing the crowded and brutal conditions of the slaves

“Arrogant and insubordinate”, Newton tried to desert and was flogged for his effort. The British captain allowed John to change service to a slave ship, which later left him with a slave dealer on the west coast of Africa. He later wrote that he “sinned with a high hand and made it my study to tempt and seduce others” and was in turn abused and enslaved to the mistress of the slaver, one Amos Clowe. He described himself in that period as an “infidel and libertine, and servant of slaves.” After rescue from his horrendous condition, and during his transport to England aboard a merchant ship, Newton and his shipmates were caught up in a terrible storm off the coast of Ireland. He had been reading a Christian book and the Scriptures, which came back to his mind as the storm pounded the ship, threatening every second to sink it to the bottom of the ocean. His only recourse was to beg for God’s mercy. The ship did not sink, and upon reaching England, Newton claimed to have embraced the doctrines of the Scriptures and reformed his life, leaving off drinking, swearing, and other vices and sins.

The official medallion of the British Anti-Slavery Society, circa 1795, appealing to the clearly Christian understanding that all men were created in the image of God 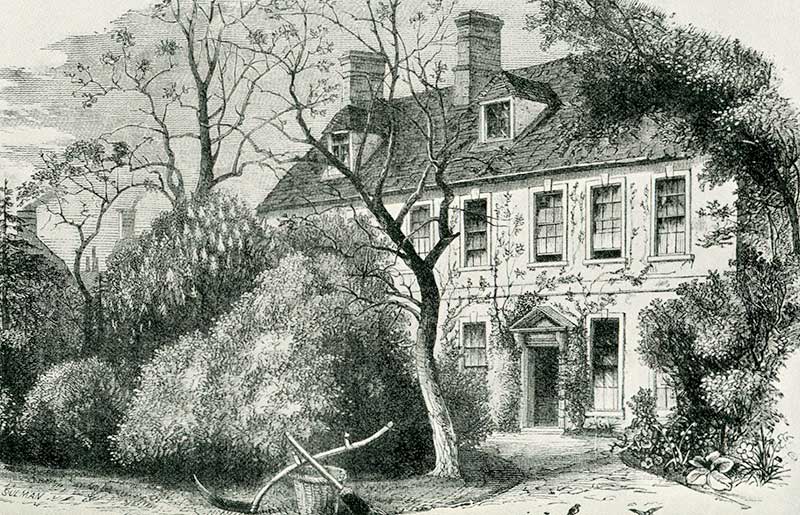 The vicarage in Olney, Buckinghamshire where Newton lived while minister of the local parish. During his 16-year residence in Olney, Newton would write the hymn Amazing Grace.

John Newton married his childhood sweetheart, Mary Catlett, and even adopted two of his orphaned nieces, but he took to the sea again as first mate on a slave merchant ship. He later captained a slave ship plying the trade along the coast of Africa and to the Caribbean. In 1754 at the age of twenty-nine, Newton suffered a stroke and retired from the sea. He claimed in his memoirs that his full conversion to Christ came sometime after his former life crisis. Sanctification often takes time with such hardened sinners. He was influenced by both John Wesley and George Whitefield and served as a lay preacher for many years, entering the formal Anglican ministry at the age of thirty-nine as curate at Olney, self-taught in the biblical languages. His lay preaching for ten years had already reached many souls with the Gospel.

William Cowper moved to Olney, already a well-known Christian English poet, and he became a lay-helper in the small congregation. In 1769, Newton began a Thursday evening prayer service and tried to write a new hymn for each service, sung to a known hymn. He challenged Cowper to do the same and the eventual result was the Olney hymnal that contained 280 of Newton’s and 80 of Cowper’s hymns. They included such popular titles as Glorious Things of Thee Are Spoken, There Is a Fountain Filled with Blood, and of course the most famous hymn of all, Amazing Grace. Newton knew first-hand about “a wretch like me.” He remembered March 10 every year of his life after 1748. 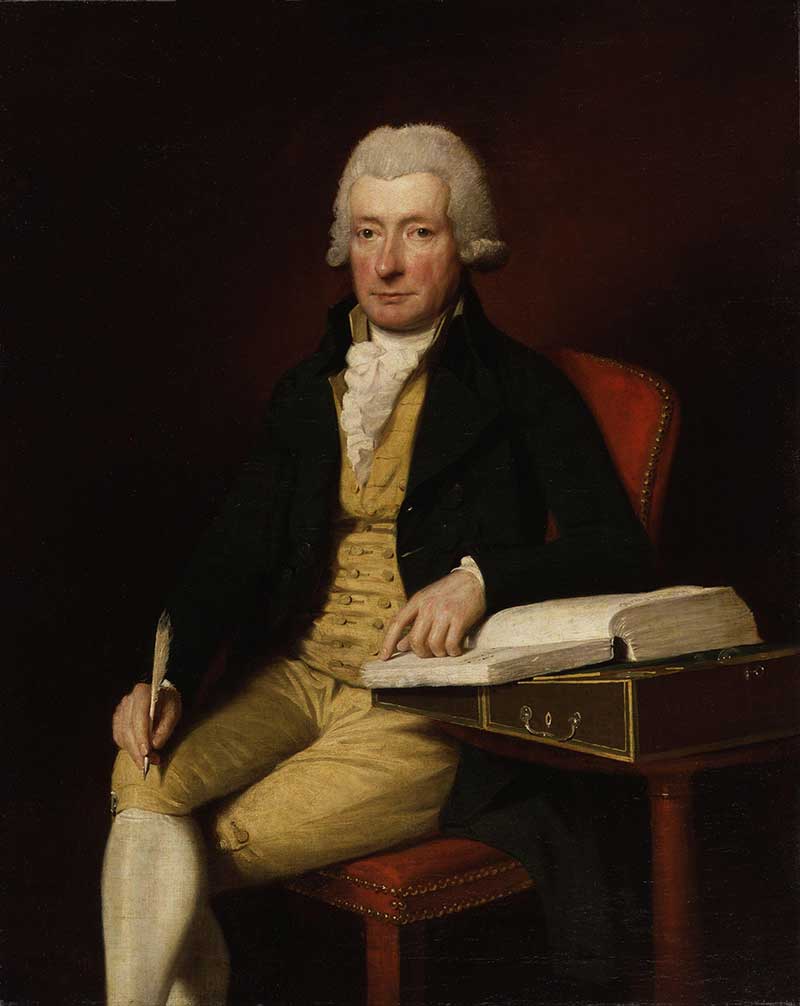 William Wilberforce (1759-1833), was a Christian, a Member of Parliament, and a key figure in the abolition of slavery in England

John Newton strongly supported the abolition of the slave trade, backing William Wilberforce’s efforts and also publishing Thoughts Upon the African Slave Trade in 1787. He believed that he was a real Christian for the last four years of his nine years of service in the slave trade, but deeply regretted having done so. He lived just long enough to see Wilberforce’s efforts bear fruit, dying in December of 1807 at the age of eighty-two, the same year as the passing of the Slave Trade Act. He penned his own epitaph that is carved on his tomb in the church in Olney:

“John Newton: Clerk. Once an infidel and libertine, a servant of slaves in Africa, was by the rich mercy of our LORD and SAVIOR, JESUS CHRIST, preserved, restored, pardoned and appointed to preach the faith he had long labored to destroy. Near 16 years Curate of this parish and Rector of St. Mary Woolnoth.’ 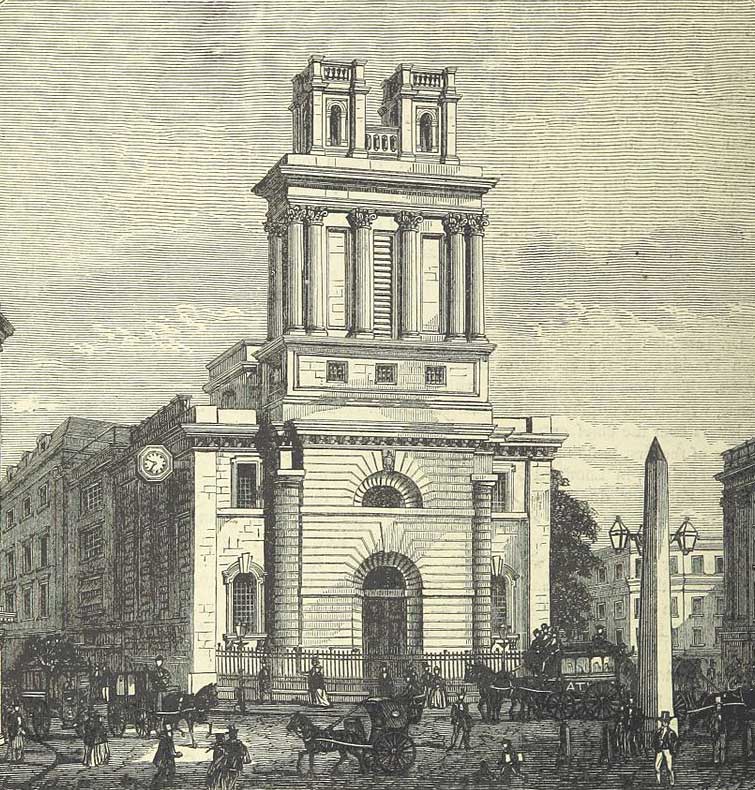 St. Mary Woolnoth, Lombard Street, London, where Newton officiated until his death in 1807