“Then the iron, the clay, the bronze, the silver, and the gold were crushed together, and became like chaff from the summer threshing floors; the wind carried them away so that no trace of them was found. And the stone that struck the image became a great mountain and filled the whole earth.” —Daniel 2:35

mpires and tribes come and go throughout history. The prophet Daniel boldly predicted the rise of the following few empires, each of which would succumb to a stronger foe. The last of his imperial forecast is generally accepted as the Roman Empire, led by the “Eternal City” of Rome. When the Roman legions expanded their empire by conquest through Gaul, they came into contact with a variety of tribes who supplied Rome’s enemies with weapons, raided across the Rhine River against Roman strongholds, and refused to submit to Roman rule. Julius Caesar in the 1st Century BC referred to those people as the Germani. He bridged the Rhine and carried out punitive expeditions against them; Augustus tried to establish Roman hegemony in Germania Antiqua in 7 BC. In 9 AD, a Roman-trained German ally named Arminius led a Roman army under General Varus into a huge ambush, which wiped out the VII, VIII, and XIX Legions in the Teutoburg Forest (probably in Lower Saxony), killing 15,000-20,000 Romans and auxiliaries. 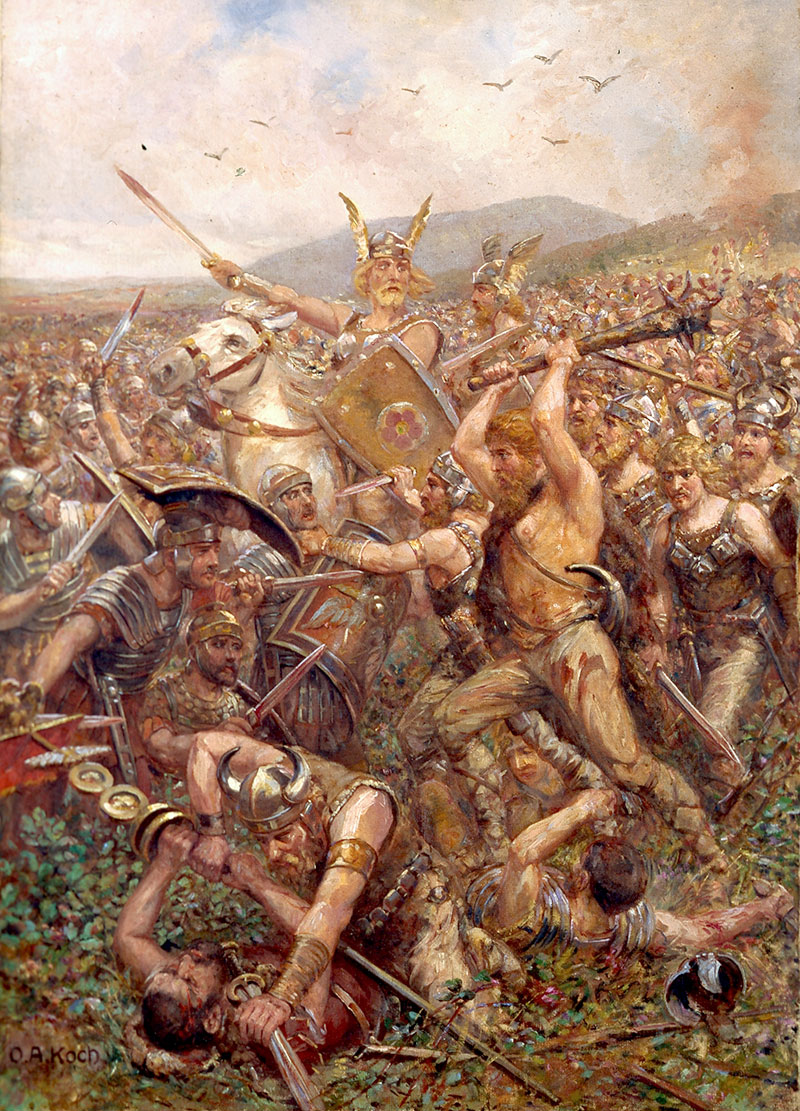 Revenge campaigns into Germania recovered the lost Roman Standards in succeeding years, but the Rhine remained the important dividing line between Roman Territory and the German tribes across that river and the Elbe. From the first to the fourth century, trade flourished between Rome and Germania, with occasional clashes between certain tribes and Romans. In the fourth and fifth centuries, a nomadic German people known as the Goths fought against Roman rule. A breakaway tribe, the Visigoths, under pressure from a central Asian nomadic people, known as the Huns, forced them off their land. With permission from Valens, the Emperor of the Eastern Roman Empire, the Visigoths settled across the Danube River in Roman territory. The taxes levied by the Romans with the duplicitous treatment they endured, caused the Germanic settlers to revolt and plunder the Balkan provinces of Rome. The Visigoths faced the Roman army on the plains of Adrianople in 378, where they slaughtered the Romans and killed the emperor in battle. 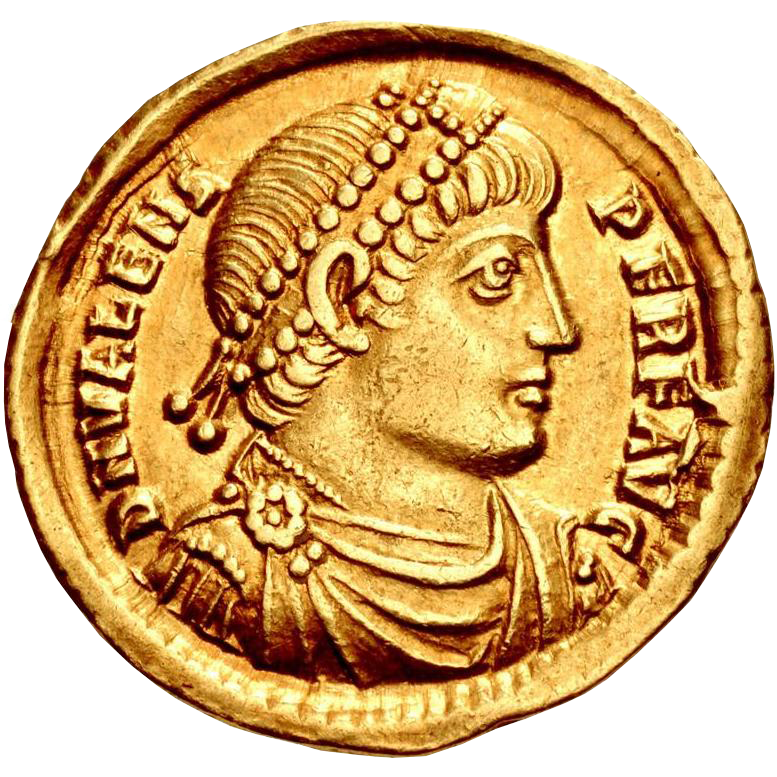 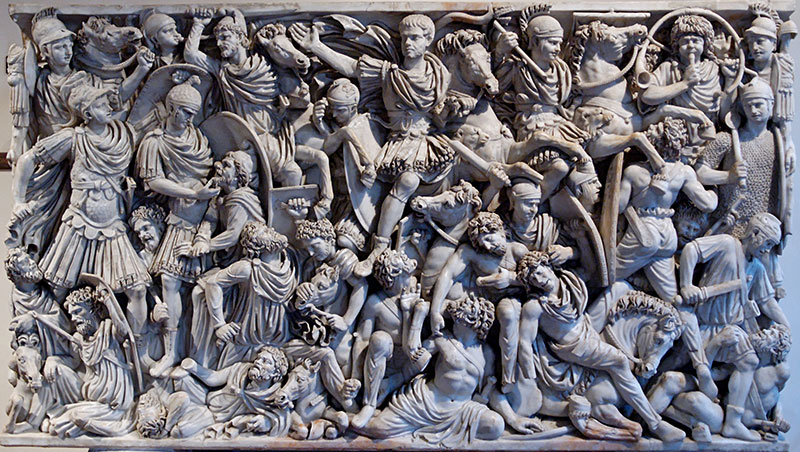 An elaborate relief depicting a battle between Roman and Germanic peoples

For several more years the Visigoths wandered in search of a land in which to live. The new Emperor offered them the province of Moesia, where they settled and converted to Arianism, a heresy that denied the deity of Christ but accepted most other Christian beliefs. Roman Emperor Theodosius welcomed Visigoth leader Alaric into an alliance in which the latter led an army against the Franks who had risen against the Romans again. Although a Roman citizen, Alaric did not receive the recognition and reward that he deserved for his military successes. With the death of the Roman emperor and the breakdown of the Roman field forces, Alaric returned to Moesia as “king of the Visigoths.” In 408, Alaric laid siege to Rome with 30,000 men. After negotiation with the Senate, the starving Romans paid a large ransom and Alaric left, but not till he also liberated 40,000 Gothic slaves. 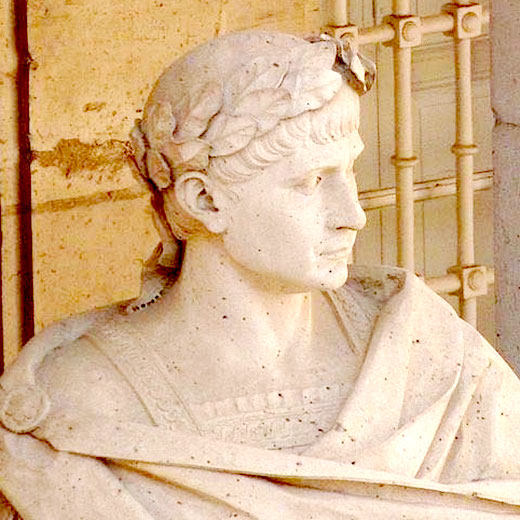 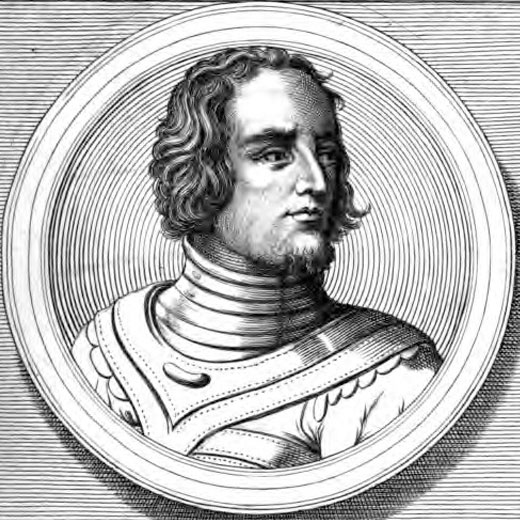 The first decade of the fifth century had already proven disastrous for the Roman Empire. Vandals, Sueves, and Alans crossed the Rhine into Gaul. Britain rose in rebellion. Alaric took the occasion to invade Noricum (modern Austria) and demanded 4,000 pounds in gold to not invade Italy again. General Stillicho—ruling regent of the western empire—paid the shake-down money, perhaps hoping to use Alaric against his multiplying enemies. A bureaucrat of the emperor betrayed and murdered General Stillicho, thus eliminating Alaric as an ally. Olympius, the same bureaucrat, had tens of thousands of Goth wives and children of Gothic soldiers serving in the Roman army put to death. 30,000 Gothic soldiers defected to Alaric. Denied recognition by Emperor Honorius, acceptance of the Visigoths within the empire, and perhaps, thwarted for imperial office, Alaric marched into Rome on August 24, A.D. 410, and turned his soldiers loose for three days to sack the Eternal City. Imperial Rome had finally fallen to “barbarians.”

Flavius Stilicho (c. 359-408) was a military commander in the Roman army who, for a time, became the most powerful man in the Western Roman Empire 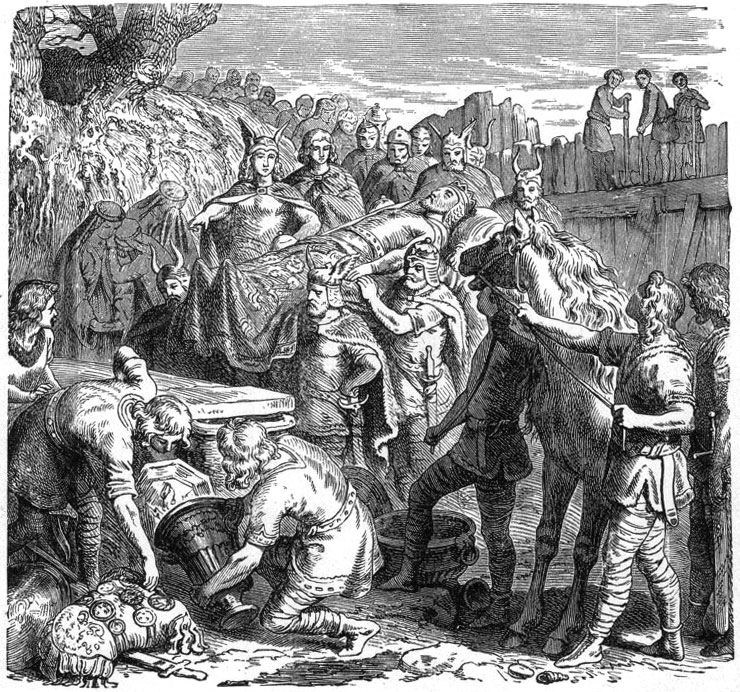 The burial of Alaric in the bed of the Busento River