“Now I, Nebuchadezzar, praise, exalt, and honor the King of heaven, for all His works are true and His ways are just, and He is able to humble those who walk in pride.” —Daniel 4:37

was born in 1952, about one month before Vladimir Putin, current President of Russia. We both grew up on stories of the Second World War, but his stories were very different from the ones I heard. His father was one of only several survivors of his regiment defending their home city of Leningrad, (a city to be renamed St. Petersburg, after the Apostle, following the fall of the USSR). He likely survived by his providential severe wounding and being dragged to safety. He limped the rest of his life, but a million civilians and hundreds of thousands of Russian soldiers at Leningrad had no rest of their life when the Germans withdrew from the nine-hundred-day siege. His mother eked out existence during that battle, barely surviving starvation and disease. All of Putin’s uncles died defending their homeland. 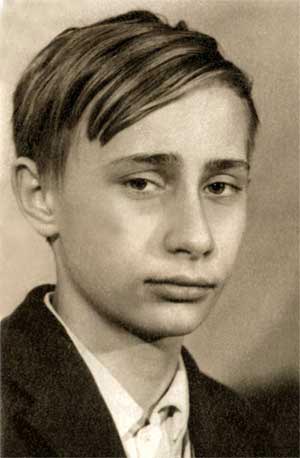 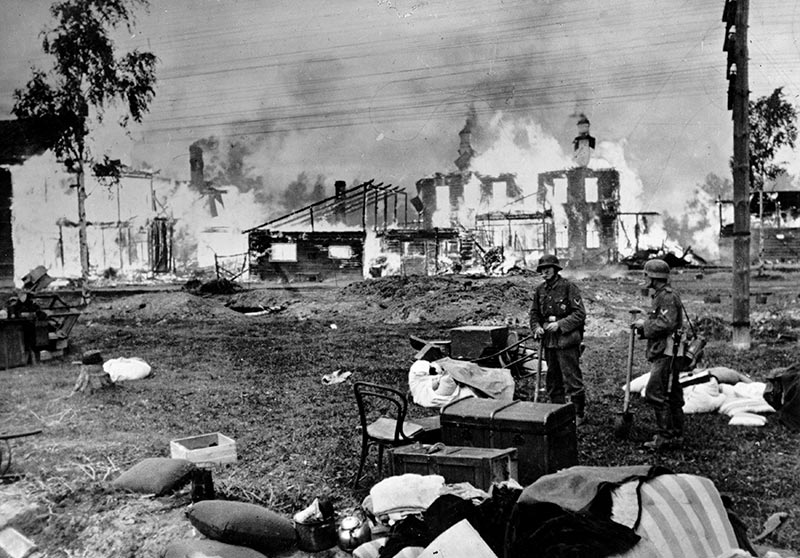 German troops in the suburbs of Leningrad with abandoned household equipment and a burning church in the background, September 1941

Raised in relative poverty by a Russian Orthodox Christian mother of forty-one who had him secretly baptized, and a hard-working secular atheist father, Putin overcame bullying in school to become a superb athlete and Judo champion, above average student, especially in his study of history and German language, as well as university graduate, lawyer, and dedicated officer of the Russian Secret Service (KGB), beginning in 1975 at age twenty-three. After special training in Moscow, he served in East Germany, likely performing important clandestine work during the collapse of that failed state and the destruction of the Berlin Wall. He left the KGB (if that is actually possible) after ten years or so and hitched his political star to up-and-coming St. Petersburg politicians of influence and skill. In 1996 he returned to graduate school and concentrated on understanding the economic potential of Russia’s natural resources. Whether Putin had the intellectual acumen to write his thesis or not, he appears to have been seeking to discover ways to better the economic strength of the nation, and likely connect with the “oligarchs” who controlled important industries. 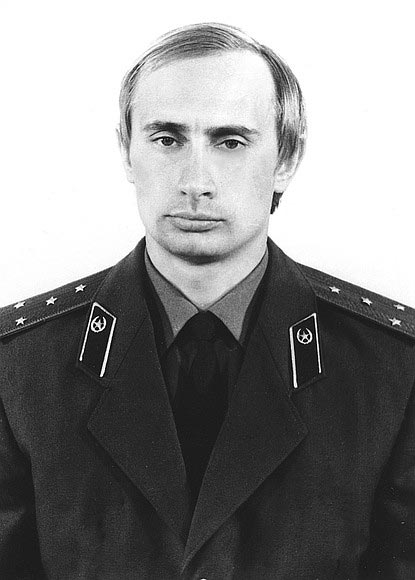 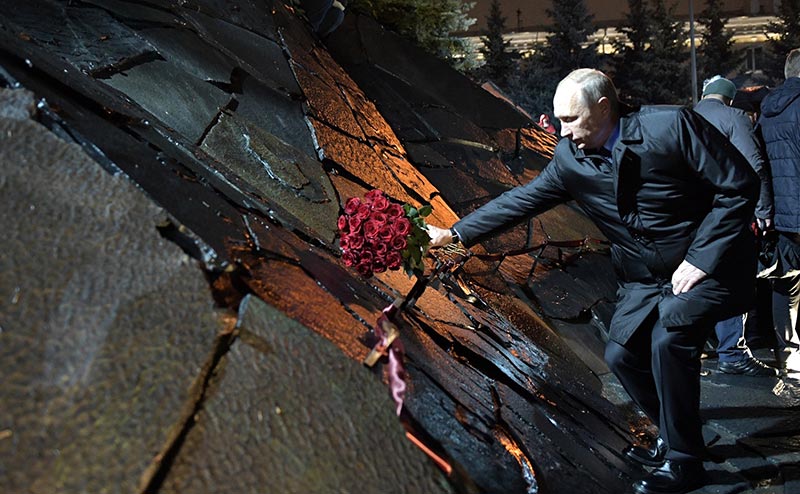 Putin at the dedication of the Wall of Grief (or Wall of Sorrows) monument in Moscow to the victims of political persecution by Joseph Stalin during the country’s Soviet era, unveiled on October 30, 2017—the annual Day of Remembrance of the Victims of Political Repressions

Our understanding and knowledge of the specifics of President Putin’s rise to prominence in the 1990s and the lineaments of his thinking on a range of issues depends on which biography or position paper that you read, or journalist you believe. Although Russia set the standard for propaganda and misinformation in the 20th Century and beyond, almost every country in the EU, as well as the United States, are led by leftist, globalist governments whose political and social agendas are inimical to Russia and Russian interests. The major western media is controlled by or heavily influenced by leftist ideologues whose social agendas are responsive to corporate or government pressure and propaganda. One example, cited in a recent article by Marcia Christoff, illustrates one of the reasons today for the hatred of Putin and Russia by American elites:

“While the U.S. is demoralized by identity and gender politics, professors and teachers fear for their careers in the event of using the wrong pronoun, and men and women are increasingly hostile or sterile toward each other, Russia is, shall we say, old-school. By law, the country does not permit what it calls “gay propaganda” (for example, exhibitions and events cannot be publicly advertised as gay, nor are “parades” allowed, etc.), and marriage is officially defined in the constitution of the country as that between a man and a woman. (Specifically, a constitutional amendment of 2020 is defined as “a defense of the institution of marriage as a union of a man and a woman; the creation of conditions for a decent upbringing of children in the family, as well as for the responsibilities of adult children to care for parents.” The U.S. State Department responded by hanging a rainbow flag outside the U.S. Embassy in Moscow.)”

Because of his “competence and loyalty,” Putin had been able to rise in the bureaucracy of the Kremlin, even as President Boris Yeltsin’s influence and leadership waned, the economic difficulties of Russia increased, and a violent radical Muslim rebellion in Chechnya resisted any non-violent solutions. In July 1998, Putin accepted the appointment, the first and last civilian, to be head of the FSB, the Russian Security Service that had replaced the KGB in 1991. Viewed as an upstart and an outsider, Putin appointed old comrades he could trust, and immersed himself in the work of rooting out spies, abolishing outdated departments, reducing “political corruption,” and investigating billionaire oligarchs. 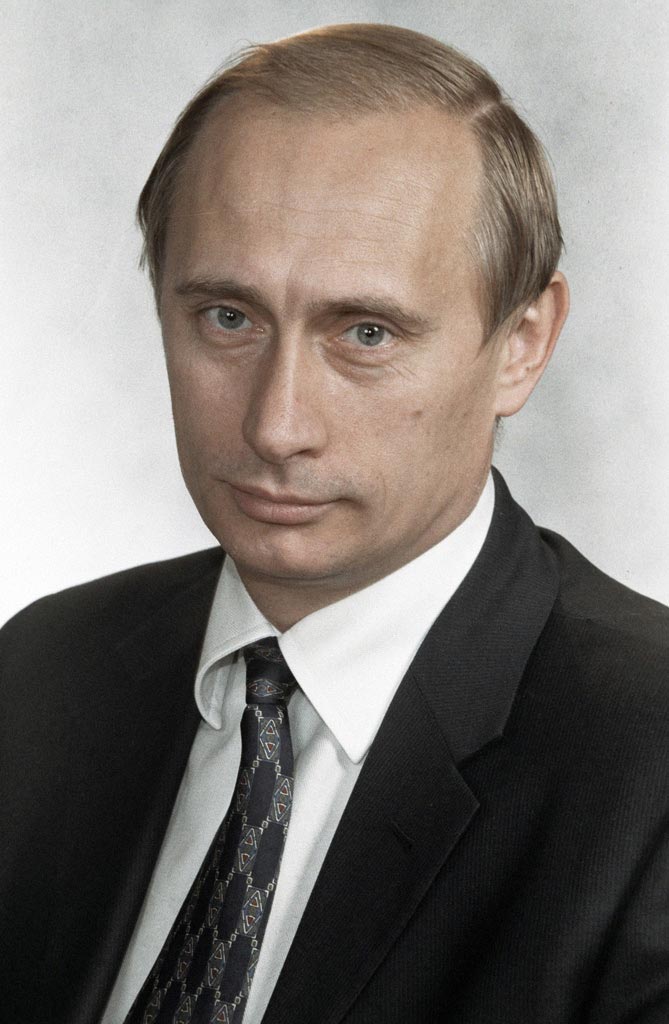 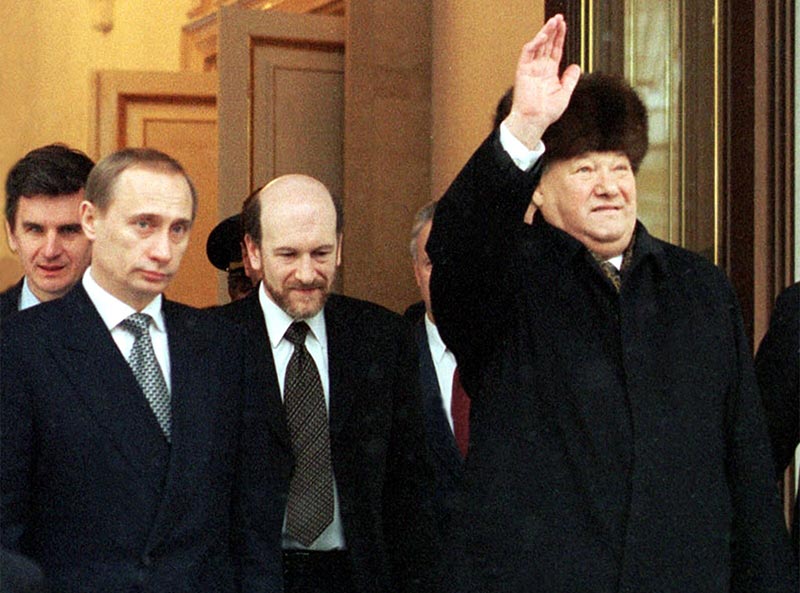 As President Boris Yeltsin’s health continued to decline in the late 90s, and the controversies surrounding his leadership became more complex, he appointed Vladimir Putin Prime Minister, just four months before the next election of the Duma in December, 1999. On December 14, Yeltsin, in a private meeting, convinced Putin to accept the Presidency on an interim basis upon Yeltsin’s resignation, which would prove a shock to both Russia and the world. According to Yeltsin, the forty-eight-year-old Putin hesitated, calling it “a rather difficult destiny.” On December 30, Yeltsin resigned and named Vladimir Vladimirovich Putin as acting President of Russia. On March 26, 2000 he went from Acting President to Elected President with 53% of the vote. 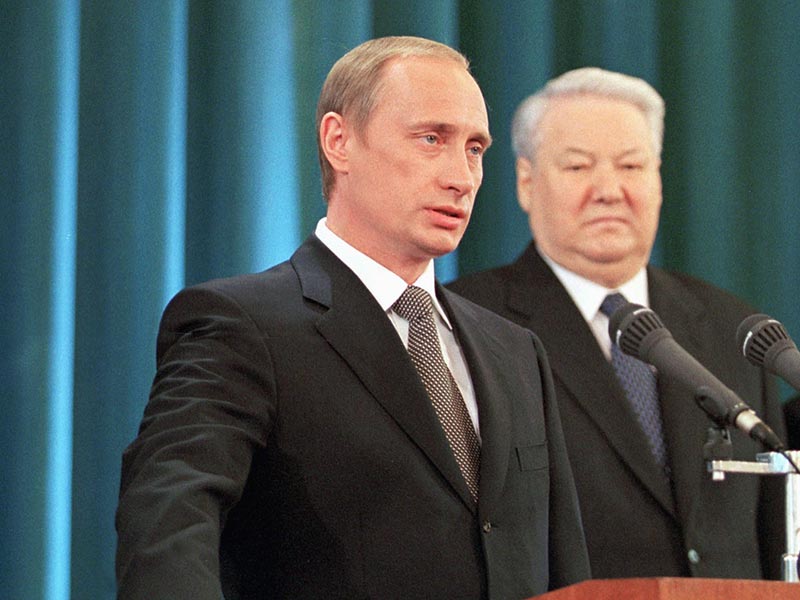 Putin taking the oath of office of President of Russia, with retiring President Yeltsin looking on

President Putin has served as leader of Russia for the past twenty-two years, in which time he has transformed that historic nation, reviving their pride in their past heroes and greatness, renewing the power and influence of the Orthodox Church and aspects of Christian ethics on a national scale. He has also influenced Russia as a major exporter of many products necessary for world industry, like oil and natural gas, nickel, platinum, zinc and gold, etc. He has also accumulated many enemies at home and abroad. 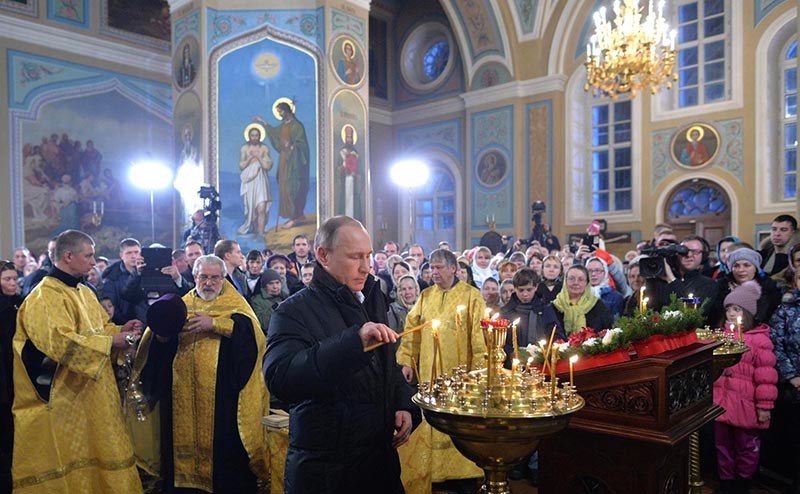 His restoration of pride in Russia’s pre-communist past, refusal to adopt or sanction the depraved cultural mores of the pagan western world, and continued resistance to NATO’s encroachment on the bordering states vital to Russia’s self-defense, has brought him and his nation into conflict with the United States. His willingness to actually act on the consequences of Western imperialists’ backing of the Ukrainian figurehead, has taken east-west relations to a whole new level of outrage. Admire him, hate him, or wonder how providence placed Vladimir Putin in power in the complex and byzantine political leadership of Russia, he will have proven to be one of the most important of historical figures when his western counterparts are irrelevant footnotes at best. 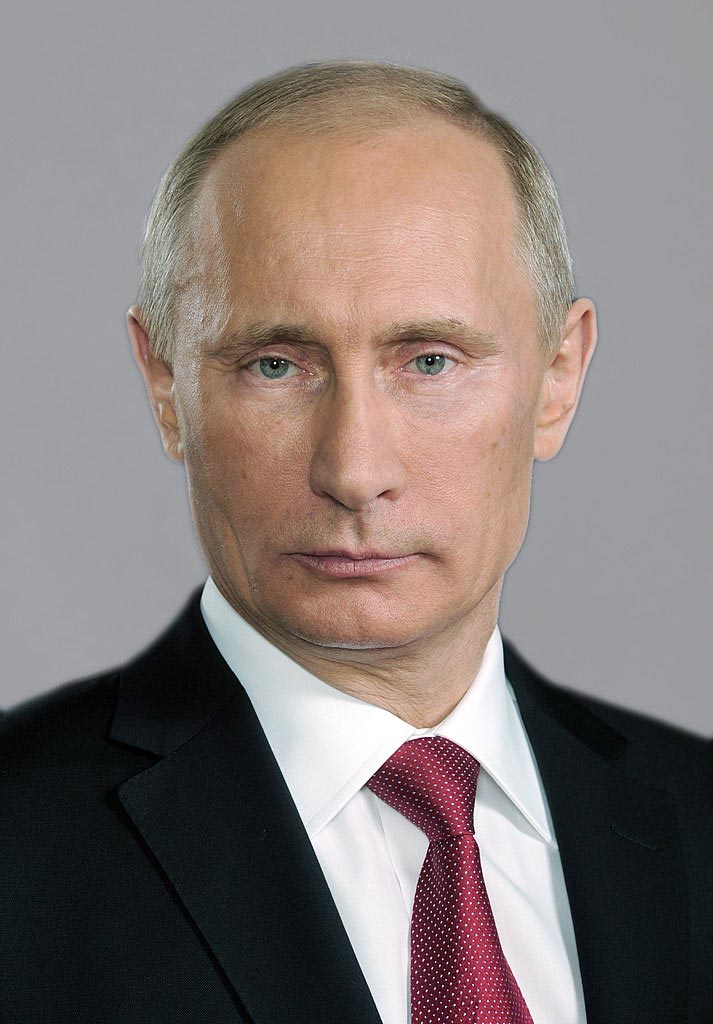