“The kings of the earth take their stand and the rulers take counsel together against the Lord and against His Anointed, saying, “let us tear their fetters apart and cast away their cords from us!” He who sits in the heavens laughs, The Lord scoffs at them . . . You shall break them with a rod of iron, You shall shatter them like earthenware.” —Psalm 2:2,3,9

ord High Chancellor of England Sir Thomas More published a book in 1516 entitled Utopia. He created the word out of a Greek language pun meaning “no place.” The idea of creating a perfect society is as old as the Greek philosophers and has been used as a basic idea behind many novels, most of which have been classified in modern times as science fiction. Of course utopian societies are not possible because man is a fallen creature in sin and his heart is wicked above all other factors. That has not stopped men from seeking to build that elusive perfect world without the only redemption for that sin, found in Jesus Christ alone. National Socialism (Nazism in Germany) and International Socialism (Communist Russia) are two historical examples of states seeking a totalitarian but perfect society. 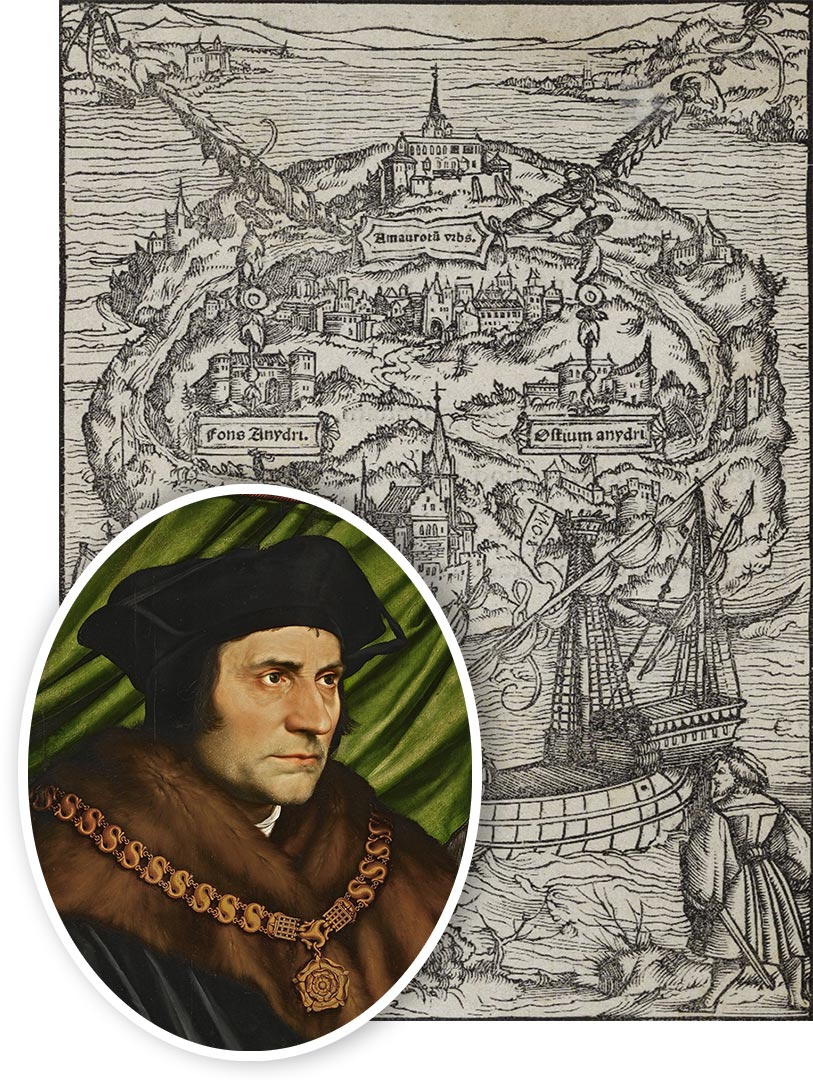 Adolf Hitler based his attempt at the utopian ideal on a pagan nationalistic socialist dream, which required the elimination of whole groups of people defined as unfit for participation in the special utopia he planned for the German people. And he did it with their permission and democratic elections, in the nation that had produced Martin Luther. 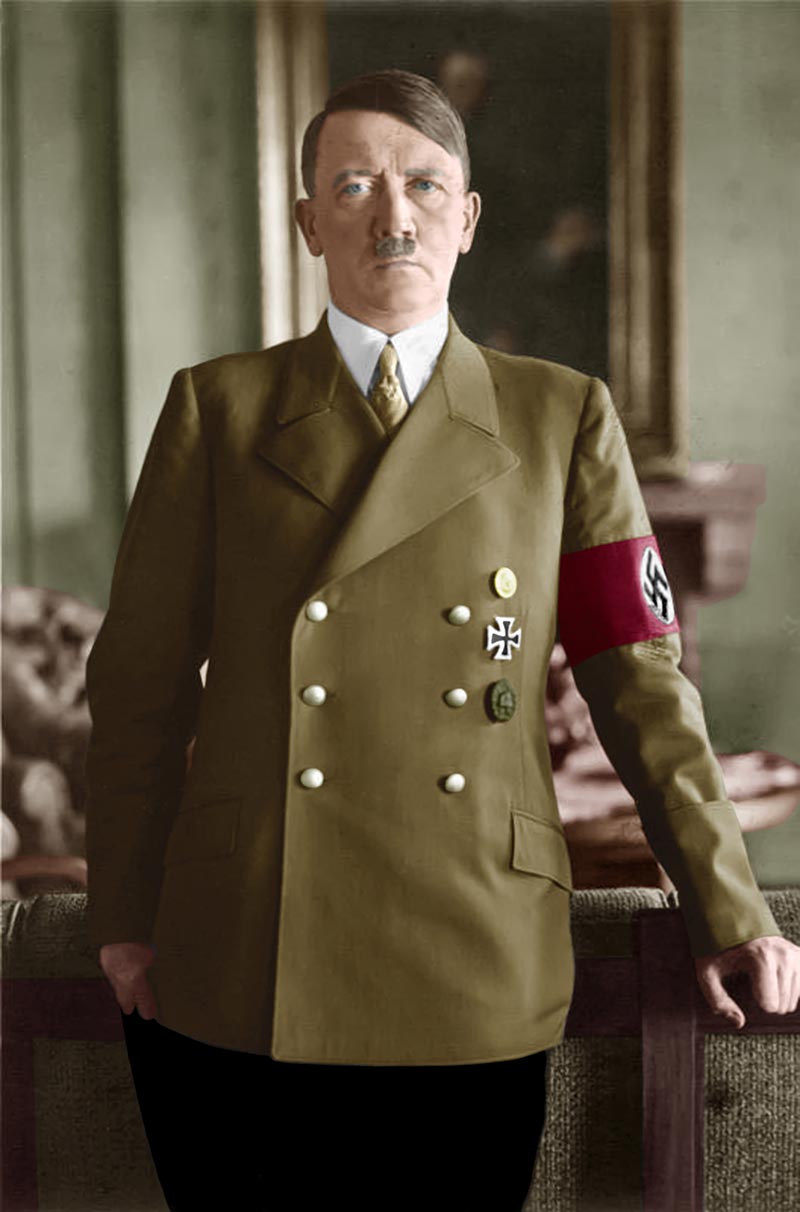 Hitler saw his first light of day in 1889, the son of a failed farmer and later customs official in Austria. Hitler, like his Russian counterpart, Stalin, considered studying for the priesthood, a pursuit quickly abandoned. He rebelled against his father from an early age, wanting only to go his own way. After a lack-luster schooling, Hitler attempted, without success, to get into art school at the age of sixteen. With both parents dead, he tried his hand at different odd jobs, though his passion was painting, architecture, music, and German culture. 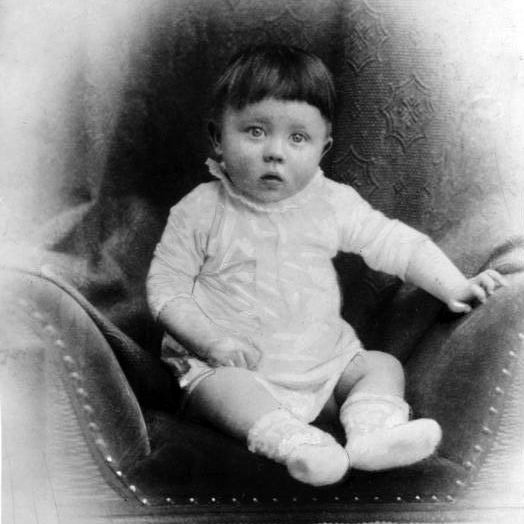 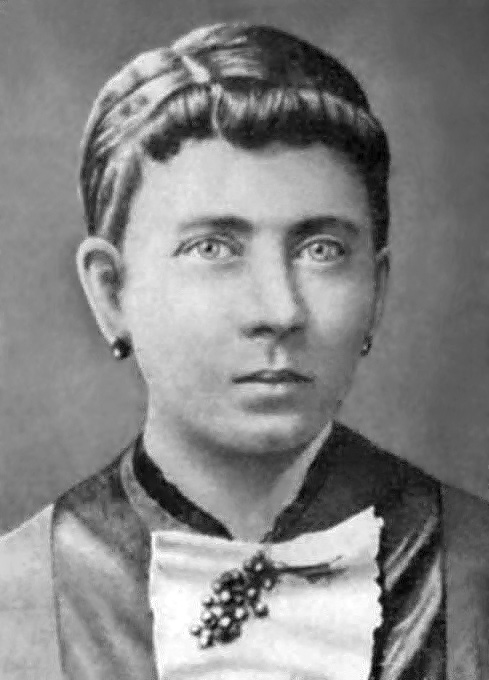 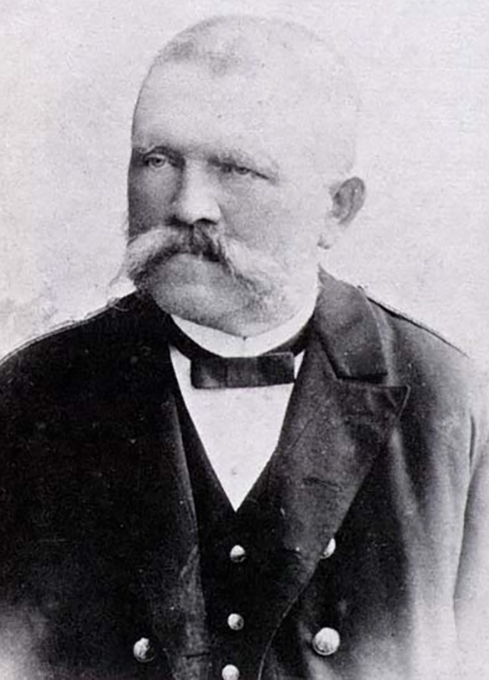 Hitler enlisted in the Bavarian Army in 1914, while living in Munich. He served in the trenches on the Western Front, participating in several major campaigns, getting wounded twice, and receiving decorations for bravery, including the coveted Iron Cross. Returning to Munich at war’s end, Corporal Hitler joined the German Workers Party, initially as a spy for German intelligence, who were infiltrating subversive parties in the revolutionary war-torn Reich. 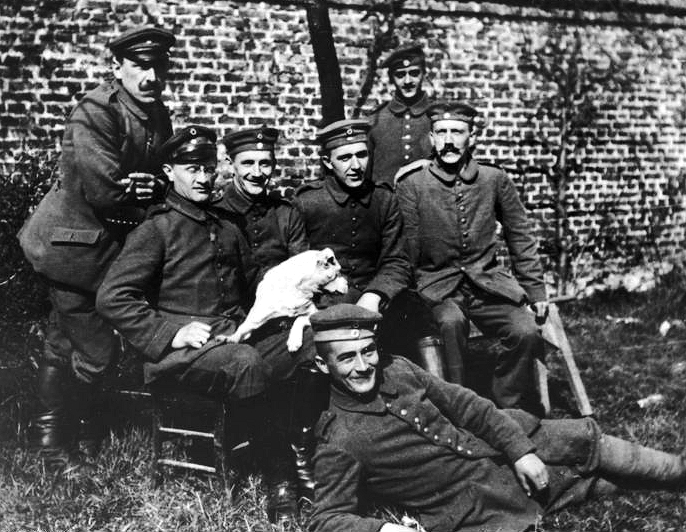 He got deeply involved in party politics as a true believer in their goal of overthrowing the post-war Weimar government, the onerous Versailles treaty, Marxist subversives and Jews in general. They changed the name of the Party to the Nationalist Socialist German Workers Party and adopted a flag he designed—a black swastika on a white circle on a red field. Adolf Hitler developed a powerful rhetorical speaking style and quickly rose to the leadership of the party. Using populist themes and identifying scapegoats for Germany’s economic hardships, he led an attempted coup of the Bavarian government in 1923, with his army of brown-shirted thugs and supporters. He received a five-year prison sentence for treason, for his pains. The Nazi Party survived his arrest and confinement and were waiting for him when he got out, actually serving only one year. He wrote Mein Kampf (My Struggle) while in prison. 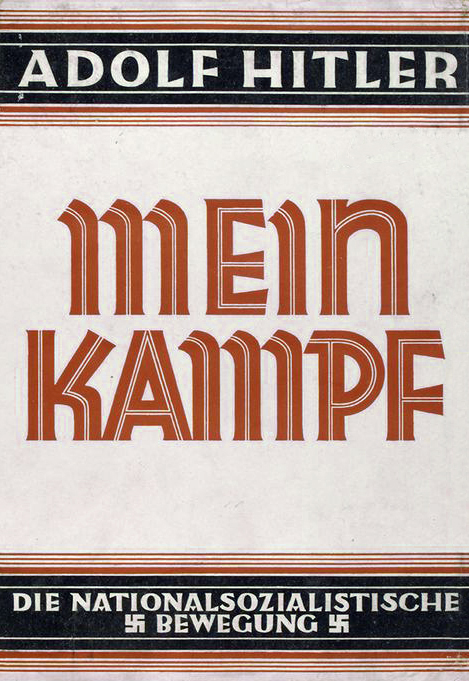 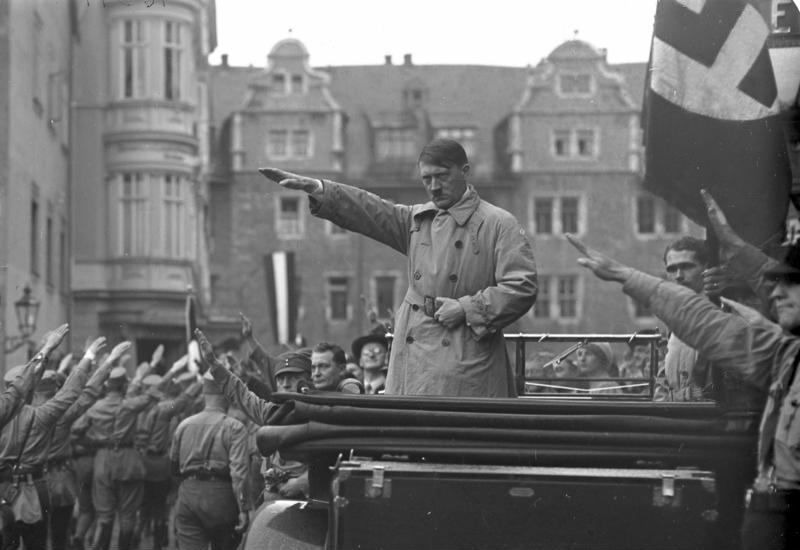 Adolf Hitler during a march of the National Socialists in Weimar, 1930

In the Reichstag elections of 1924 and 1928, the Nazi Party won only 14 and 12 seats respectively. Hitler kept up his rhetoric of promises to restore Germany’s economy and respect in the world, holding impressive rallies and building the party among the middle classes, ex-soldiers and industrialists. In July of 1932, with the worldwide economic depression affecting everyone, his party won 37% of the vote and in March of 1933, almost 44%—more than 17 million votes! The Nazi Party was now the second largest in Germany and promised that the state would solve poverty, restore dignity to the nation, and eliminate internal enemies. Party members, and others, persuaded the superannuated eighty-six-year-old President and former General Paul Von Hindenburg to appoint Hitler as Chancellor, a position from which the leader of the Nazis could control the political direction and future of Germany. On January 30, 1933, Hitler was sworn in as Chancellor of Germany, and two of his close associates took over the offices that gave the Nazis control over most of the police in Germany. 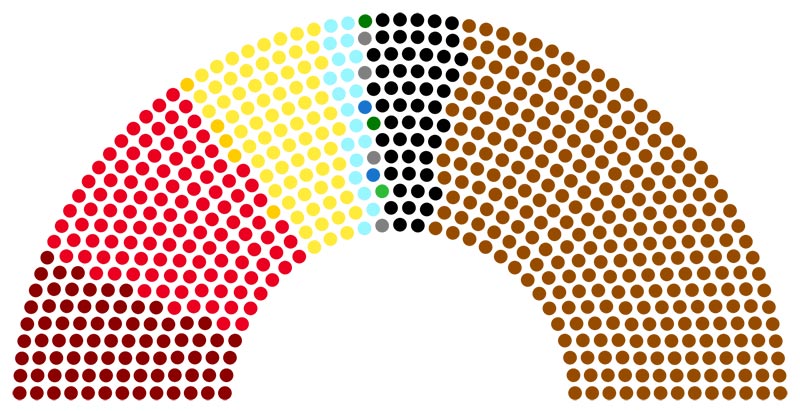 The composition of the Reichstag following the 1933 elections, where tan indicates the National Socialist German Workers’ (Nazi) Party occupying 288 seats, or about 44% 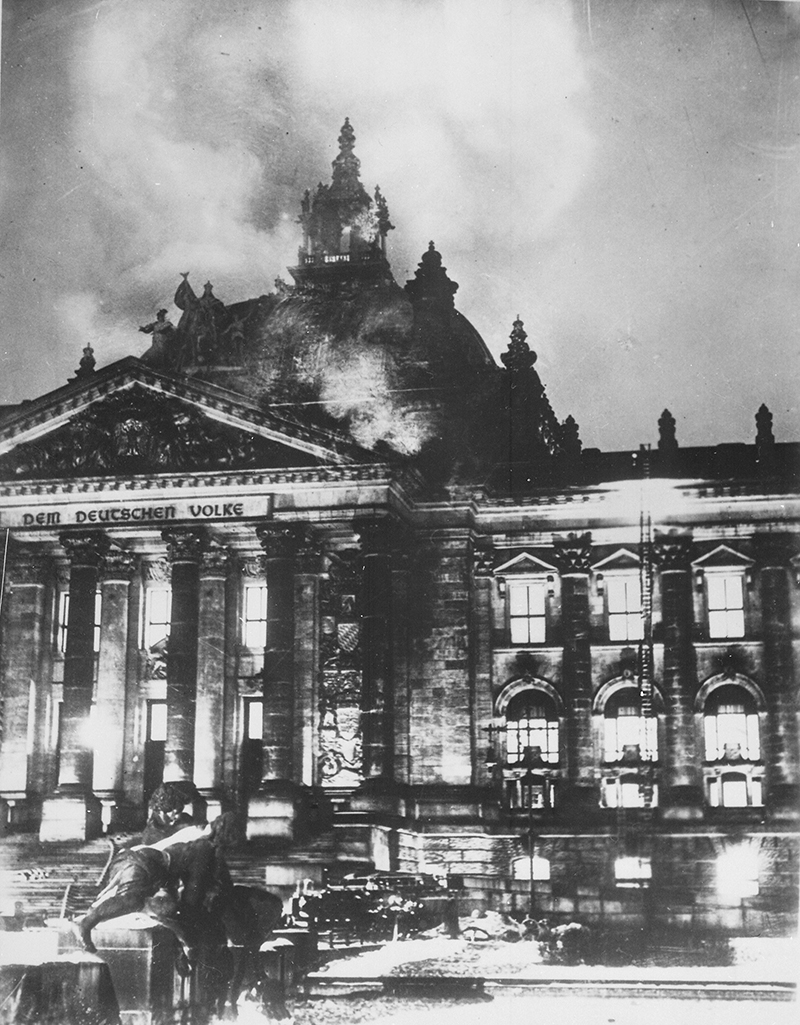 Firefighters struggle to put out a fire at the Reichstag Building, home of the German parliament in Berlin, on Monday February 27, 1933, four weeks after Adolf Hitler was sworn in as Chancellor of Germany

Not many months passed before the National Socialists possessed the allegiance of the army, police and their own violent paramilitaries. Gun confiscation soon followed, along with stepped up attacks on Jewish businesses and every suspected communist. The churches were poeticized and co-opted by the state, especially the youth groups, and the pastors and priests told what they could or could not preach. By August of 1934, Adolf Hitler and his Socialists had total control of Germany. The rest is history. 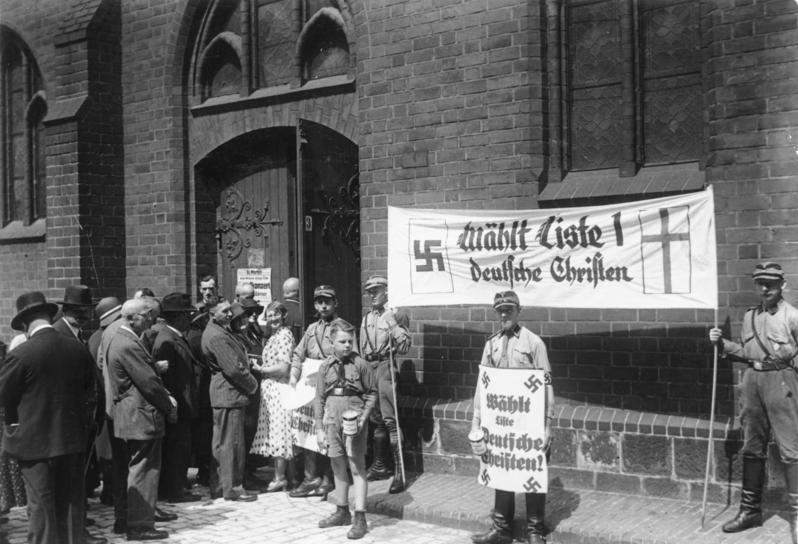 Members of the Nazi SA promote Deutsche Christen propaganda during the Church Council elections on July 23, 1933 at St. Mary’s Church in Berlin

“Democratic” socialists in Europe and America today, think their experiment can weed out the violence and create a world-order without sin (their definition of sin) and thus achieve the impossible, without reference or recourse to the Law or Grace of God. Whether they get a single dictator in the end, a Hitler, Stalin, Mao, Pol Pot or Enver Hoxha, or, try to elect a million little dictators (themselves), failure is guaranteed, judgement from God certain.