“But as for you, you meant evil against me; but God meant it for good, in order to bring it about as it is this day, to save many people alive.” —Genesis 50:20

ing Henry VIII married six times, hoping to father a male successor to the throne of England. In the process, he also abandoned his allegiance to the papacy in Rome, and established an English Church with himself as the new pontiff. As Providence would have it, his first two wives gave birth to daughters and the third one to a son. Edward VI succeeded to the throne of England at the age of nine, but died at fifteen. In his brief reign, however, the Protestant Reformation became solidified in England due to the influence of Edward VI’s Protestant Regency Council. Upon his death, his half-sister Mary, a devout Roman Catholic, succeeded to the throne, and, through the influence of her priests, determined to return England to papal oversite and make the Roman Church the official religion of England. In the course of her “Counter-Reformation” purge, about three hundred Christians were burned alive at the stake. It began with her declaration on March 4, 1552. 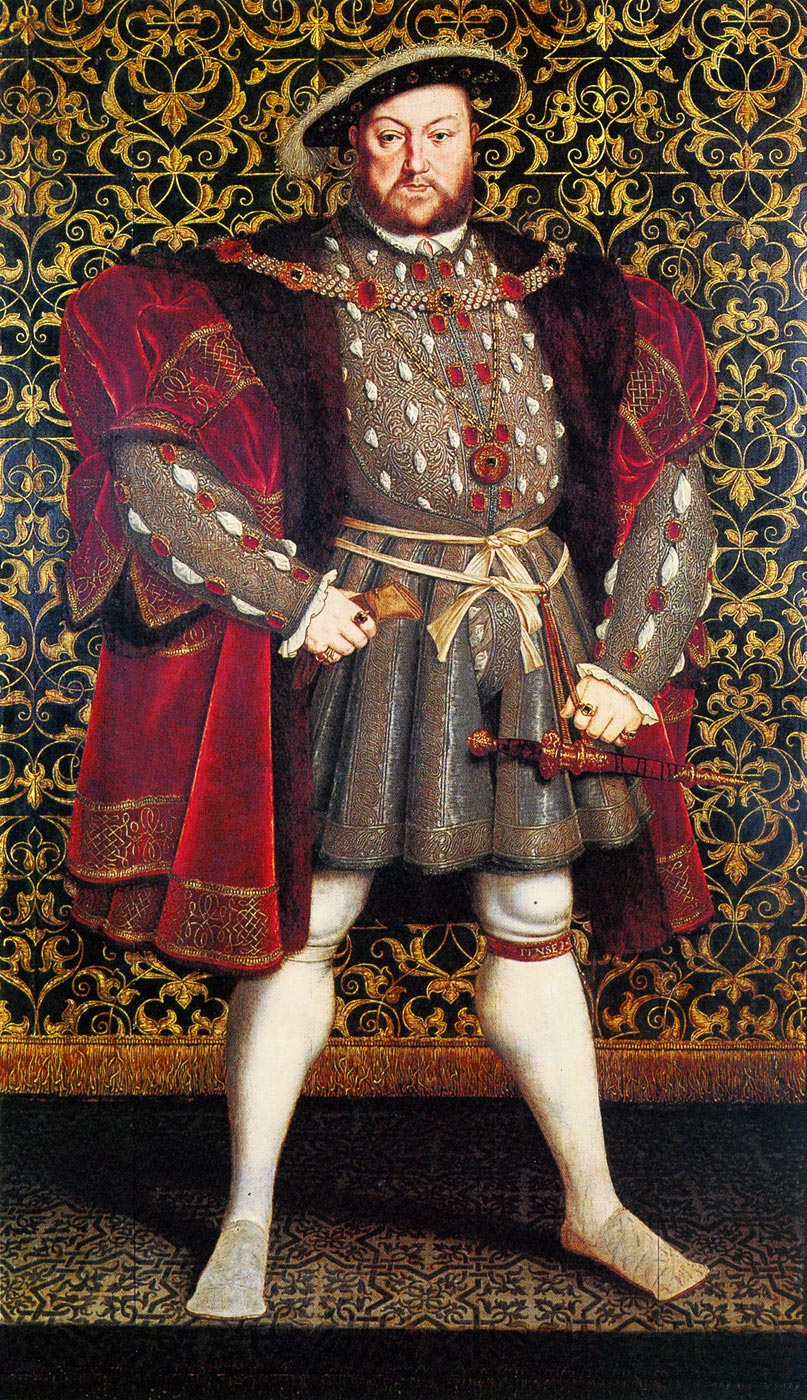 All of Europe became inflamed with the passions of religious transformation and reaction and, by the mid-16th Century, so many people had been converted by the Gospel of Christ as preached by Protestant pastors and laymen that Pope Paul III called a church council at Trent. The council sought to define the beliefs of world-wide Roman Catholicism, and map out a course of response and reprisal to Protestantism, now declared a heresy that must be crushed. Historians consider this campaign to have lasted for about 103 years, ending only in 1648 with the termination of the Thirty Years War, which left about eight million dead in Europe. 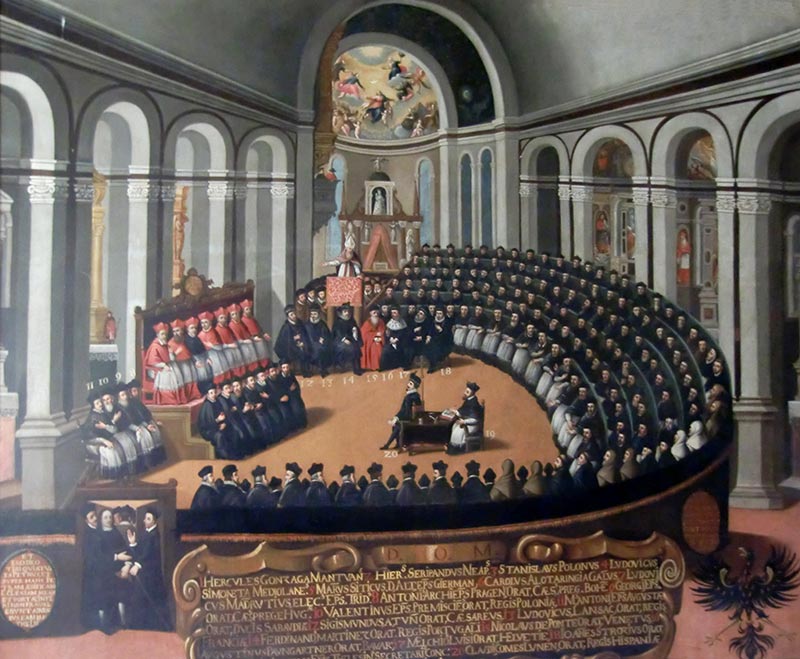 The Council of Trent (1545-1563), an ecumenical council of the Catholic Church prompted by the Protestant Reformation 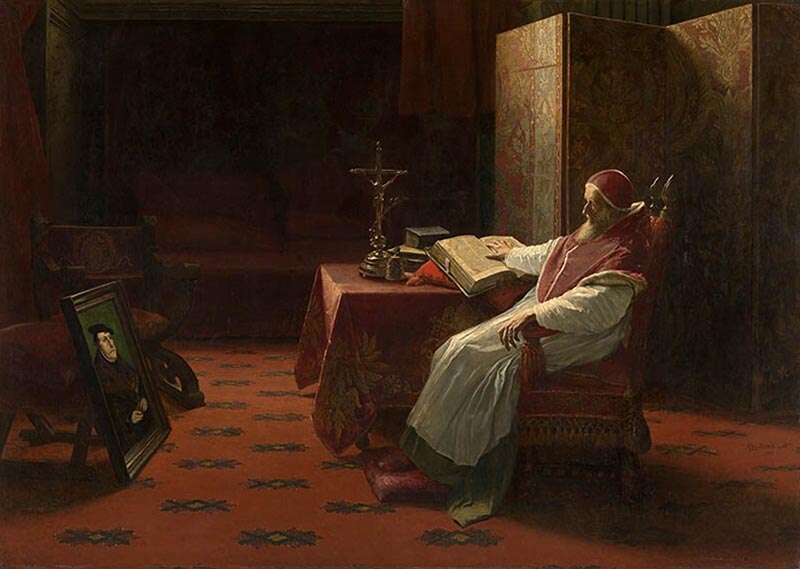 Mary Tudor became Queen of England in 1553, after Edward’s death, and quickly moved against the Protestant successor that her brother had named, Lady Jane Gray. She and her family were sent to the Tower of London and later beheaded. Mary wed His Most Catholic Majesty, King Phillip of Spain, an unpopular match to most Englishmen, but in theory combining the two states and establishing Roman Catholicism as the state religion in England. 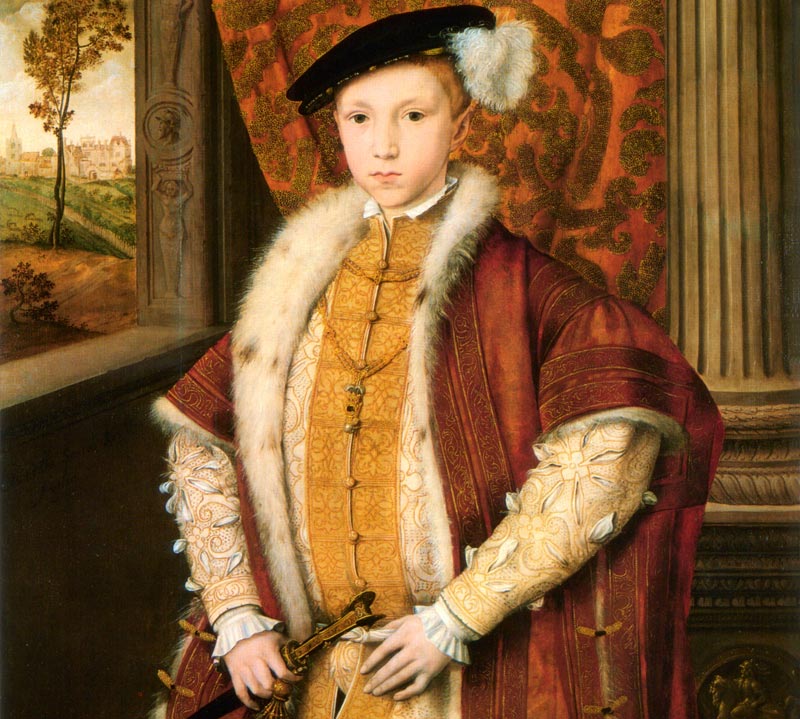 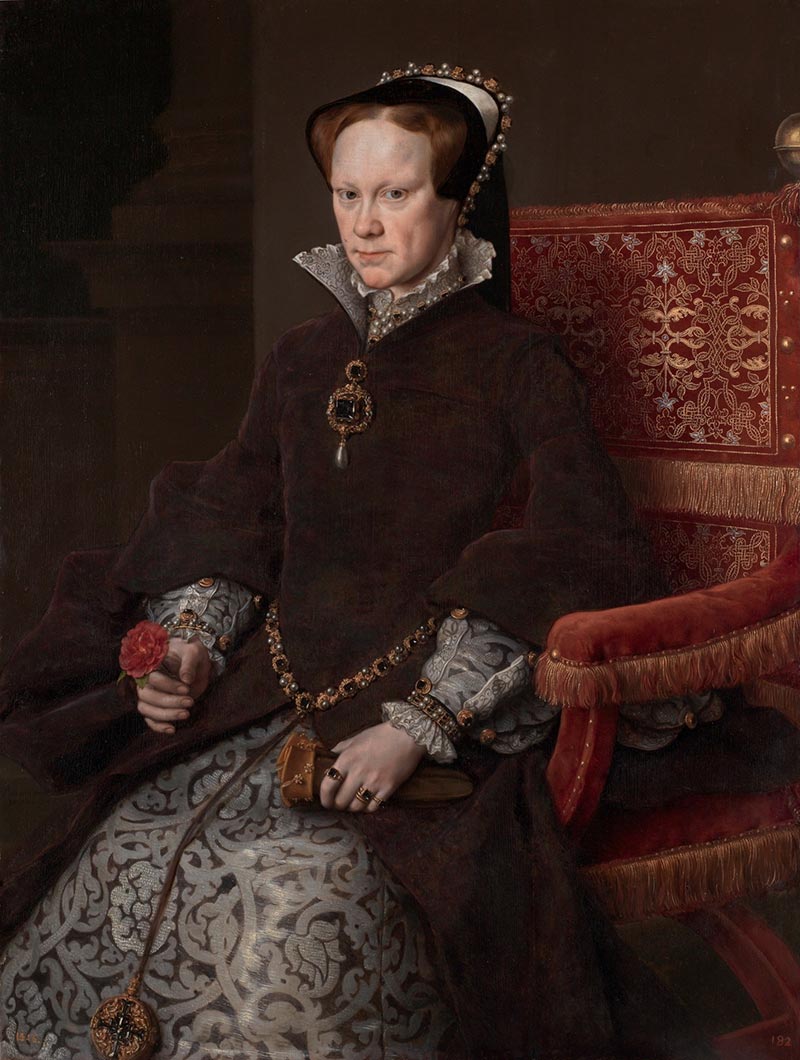 Queen Mary I “Bloody Mary” (1516-1558) was the only child of Henry VIII and his first wife, Catherine of Aragon, to survive to adulthood

At first Mary declared freedom of conscience and tried to woo her Protestant subjects back to “Mother Church,” but their attachment to the basic Solas of the Reformation, and refusal to return to the superstition of Catholic worship, changed Mary’s olive branch to a cudgel. The Archbishop of Canterbury and other reformed officials whom she claimed were plotting to overthrow her reign, were burned at the stake. Many Protestant leaders in Britain fled the country, thus becoming known as “the Marian exiles.” John Knox, one of King Edward’s advisors, left for Geneva, Switzerland, where he sat under the tutelage of John Calvin. 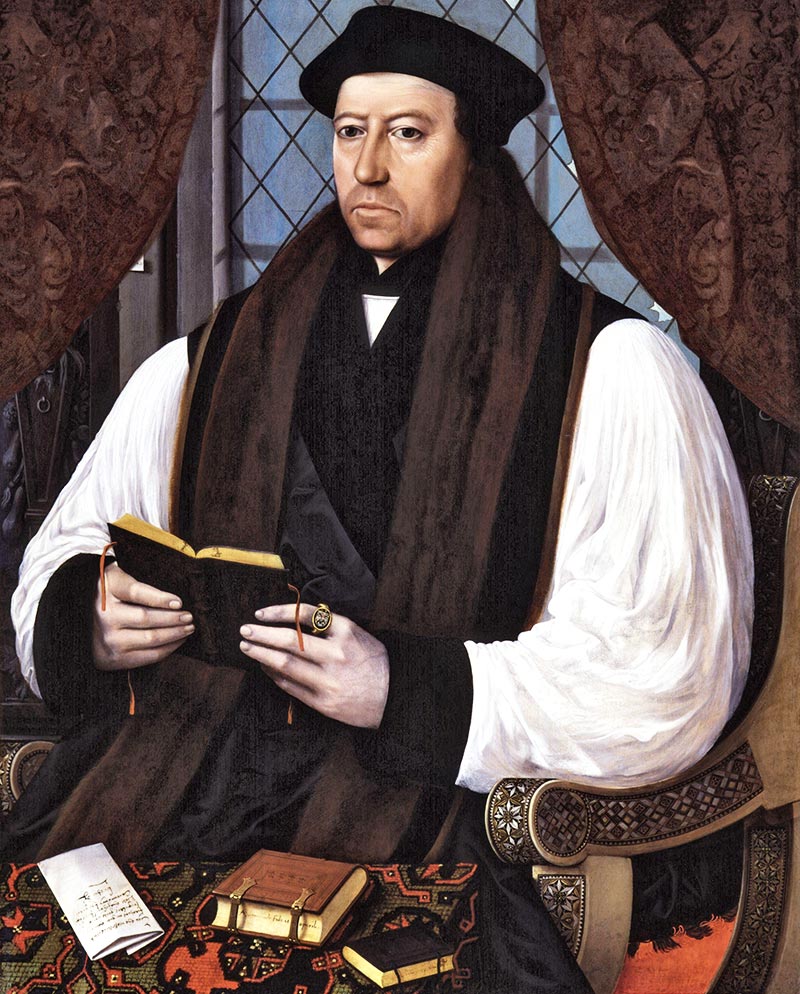 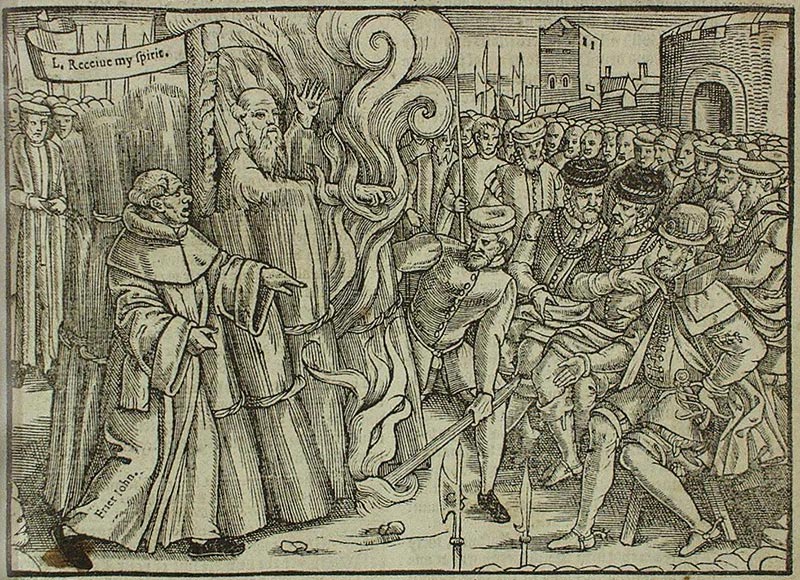 Woodcut from the 1563 first printing of Foxe’s Book of Martyrs depicting Thomas Cranmer being burned at the stake (March 21, 1556)

With Mary’s Edict of 1554 outlawing Protestant worship and “other heresies,” and with her Protestant half-sister and potential successor Princess Elizabeth in the Tower, perhaps awaiting her own execution, it seemed that the Reformation in England might be doomed. Most of the people she executed were just common people who refused to convert to Catholicism, but among the people of England she became known as “Bloody Mary.” After her five-year reign of terror, Mary Tudor died, childless, of the flu. The first woman to rule England left a legacy of martyrdom and ultimate failure to roll back the Reformation. Her sister Elizabeth I, restored the Protestants to power, although she continued the Tudor tradition of obstinacy as she opposed any further Reformation, alienating the growing movement known as Puritanism. 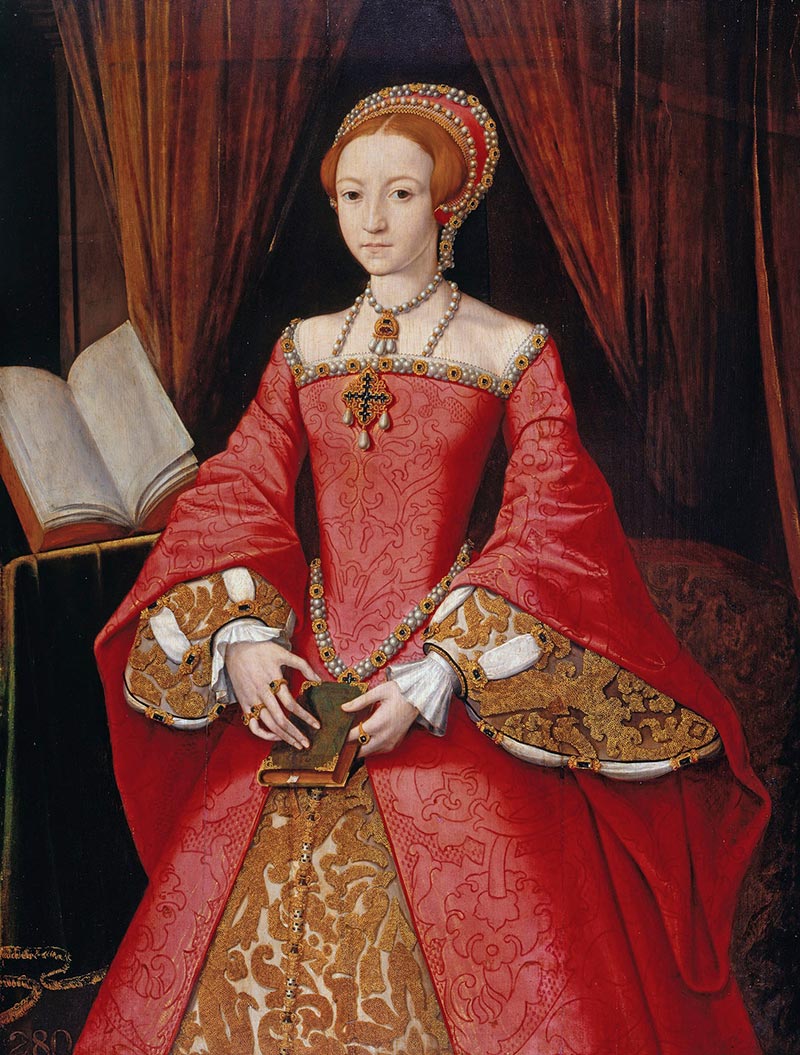 Elizabeth I (1533-1603), half-sister of Mary Tudor was kept at the Tower of London and later at Woodstock under house arrest for nearly a year 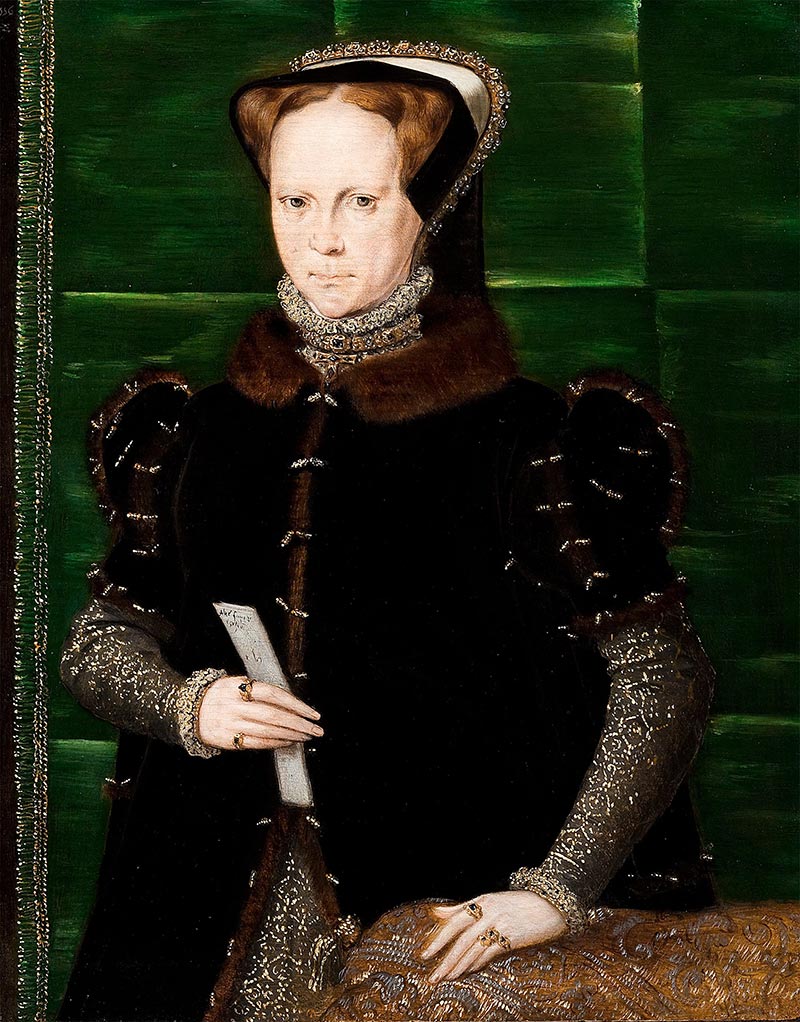 Without the persecution, a number of men greatly used of God during the latter part of the century likely would not have been as influenced by the Genevan/Calvinistic Reformation, which would have changed the history of both Scotland and England, not to mention the American colonies of the future. The Marian persecution was part of God’s plan, and was cut short at just the right time.