“So teach us to number our days, that we may apply our hearts unto wisdom.” —Psalm 90:12

he namesake of his famous father, Holmes, Jr. would exceed him in public recognition on a national scale and come to symbolize the sea-change in legal theory from the time of his birth on March 8, 1841 to that of his death ninety-four years later. He served as an associate justice on the Supreme Court of the United States (SCOTUS) for almost thirty years (1902-1932), and helped transform legal theory, some of which still holds sway today in law schools around the United States. 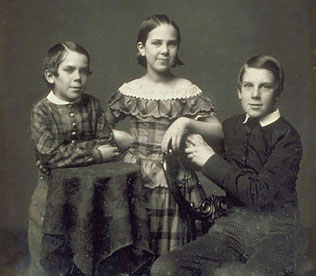 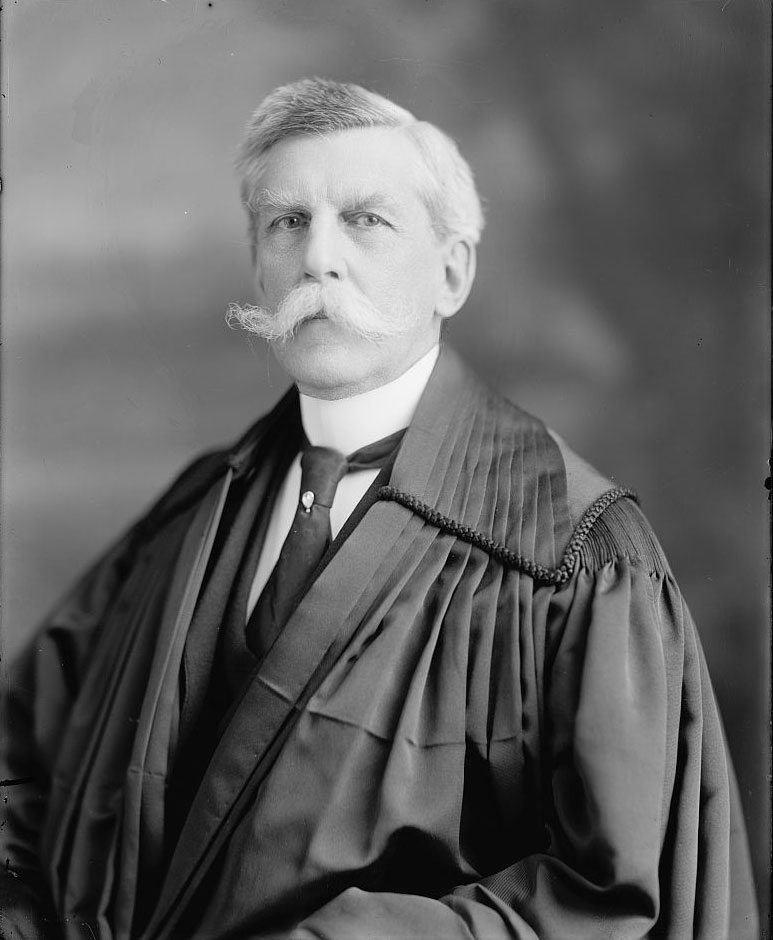 Holmes, Sr. (1809-1894) played a dominant role in the intellectual life of New England from his days as a Harvard student to the end of his life. Standing only five feet three inches tall, but a polymath and genius, Holmes, Sr. gained his initial notoriety as a poet, but avidly pursued the medical profession, becoming an outstanding, innovative and reforming medical doctor. His connections with the intellectual elites of his day, his wit and humor, and influence as a teacher, writer, inventor and reformer certainly had a powerful effect on his son. Holmes, Jr. also matriculated at Harvard, following in his father’s footsteps as a man of intellectual achievement and letters. He formed lifelong friendships with fellow Harvard students with similar ambitions. 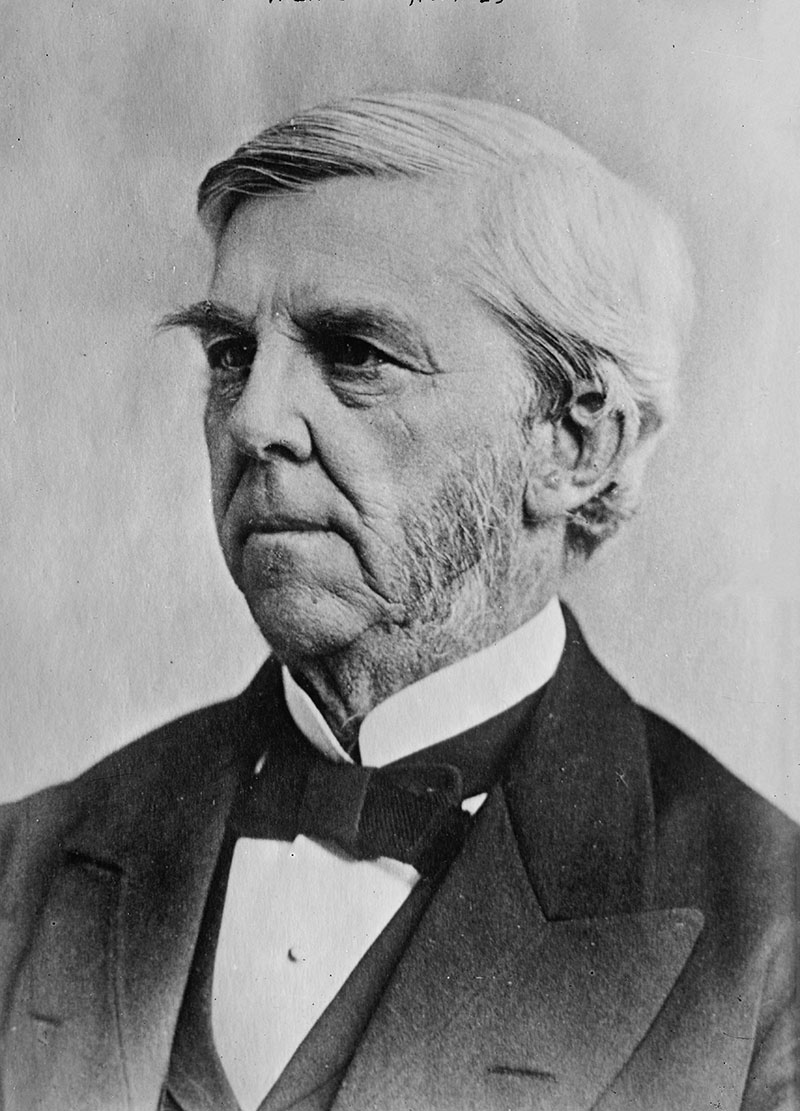 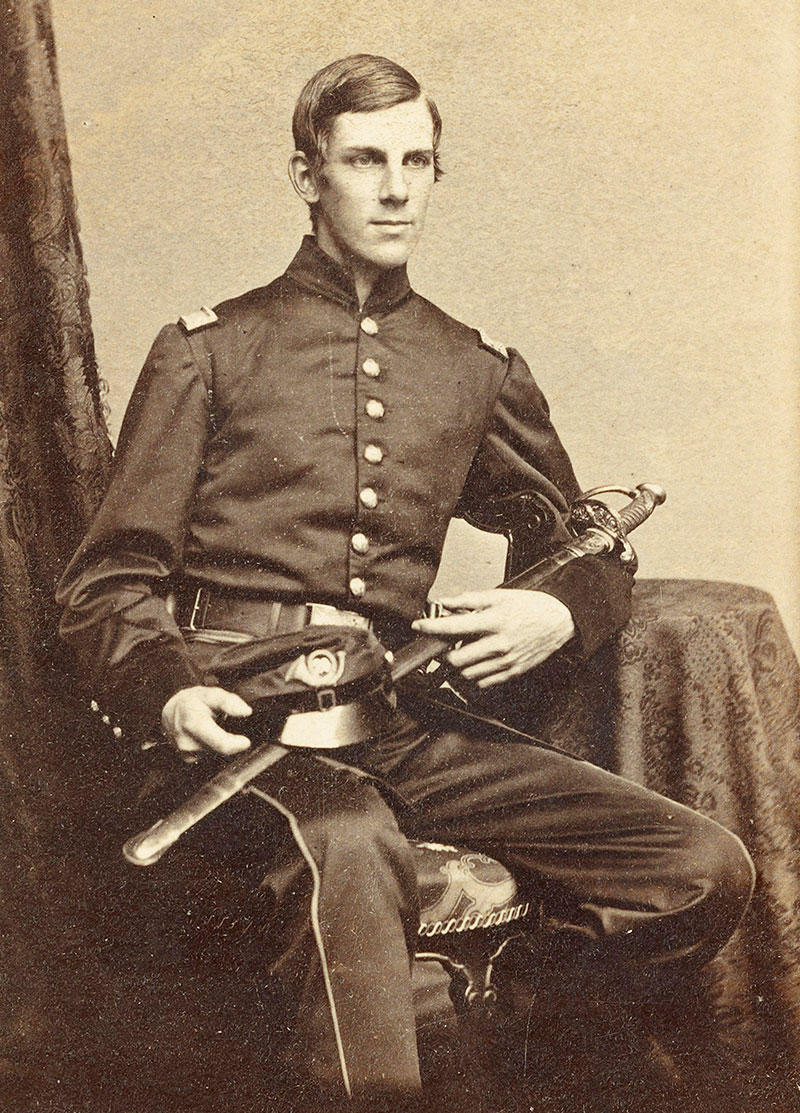 As the scion of an abolitionist family, Wendell, using his father’s connections, received a Lieutenancy in the 20th Massachusetts Infantry in the Civil War. In the course of the war, Holmes was wounded at Ball’s Bluff, Antietam, and Chancellorsville and suffered from an almost fatal bout of dysentery. He rose to the Lieutenant Colonelcy of his regiment and joined the Corps staff rather than command the regiment. Many of his closest friends were killed, and when the regiment’s three-year enlistment expired, he returned home weakened and sick in body and soul. In an oft-quoted speech twenty years after the war, ex-Colonel Holmes said “through our great good fortune, in our youth our hearts were touched with fire. We have seen with our own eyes the snowy heights of honor.” 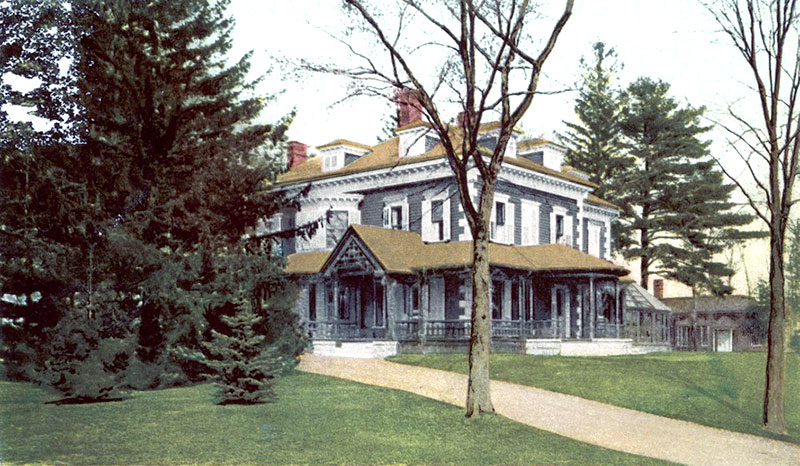 Holmesdale, the family home of the Holmes family, Berkshire, Massachussetts

Again, strongly influenced by his father, he entered Harvard Law School in 1864. Admitted to the bar in 1866, Holmes formed close ties with British jurists, and visited England often. His anglophilia and keen legal interests resulted in the only book he published entitled The Common Law in 1881. Holmes married a childhood friend, Fanny Bowditch Dixwell in 1872, who proved to be a homebody, though they never had any children; their marriage lasted fifty-seven years, until her death. Holmes practiced admiralty and commercial law for his first fifteen years in Boston before taking a position teaching law at Harvard, a short–lived enterprise from which he resigned to accept service as a judge. In 1899 he became the Chief Justice of the Massachusetts Supreme Court.

The national influence of Oliver Wendell Holmes, Jr. came while on the bench in the Supreme Court. He was appointed by President Theodore Roosevelt, with the hope of furthering the progressive Republican agenda. Holmes, however, would prove to be his own man, “solitary, introspective, and solemn.” He was “strikingly detached from politics” and typically did not rule on the basis of short-term political gain by a party. He would, in fact, become known as “the Great Dissenter.” Holmes made waves early by defending the 1st Amendment rights of free speech, in response to sedition acts established during the First World War to incarcerate critics of the war, or those who expressed sympathy with the Bolshevik Revolution in Russia. Holmes’s opinion declared the right of criticizing the government unless such speech posed a “clear and present danger. 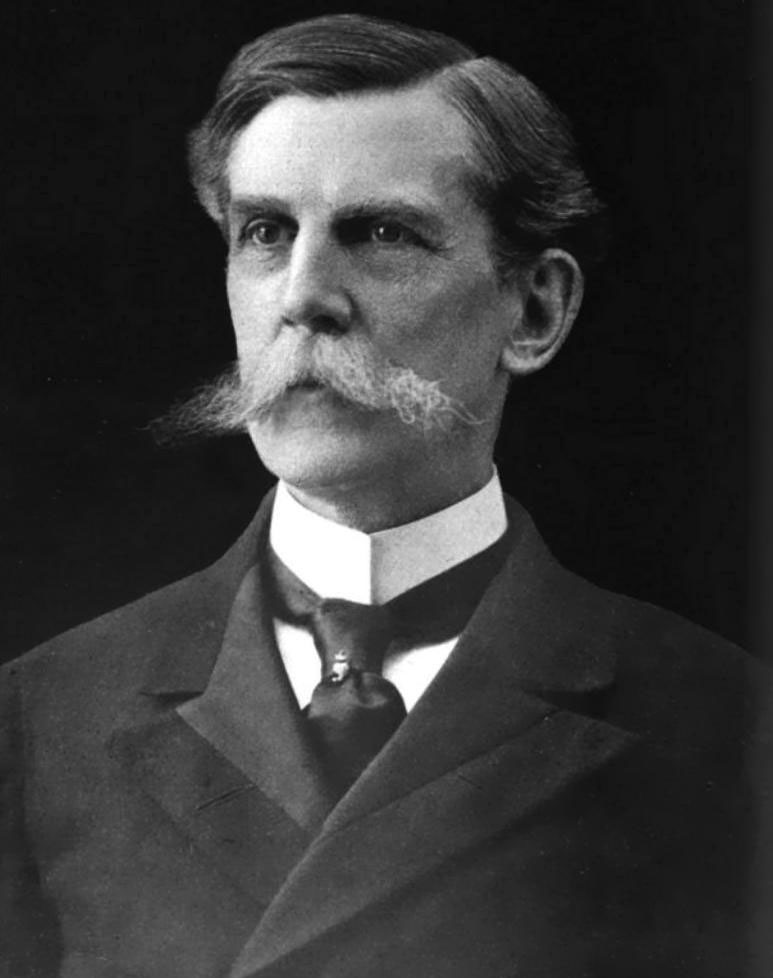 Holmes, Jr. in 1902, the year of his appointment to the US Supreme Court by President Theodore Roosevelt

Justice Holmes’s greatest influence, perhaps, concerned the actual nature of the Constitution itself as it related to the Common Law:

“He pushed American jurisprudence away from the Blackstonian conception of the common law that had appealed to the founding generation and that had been dealt a heavy blow by the Civil War and Reconstruction.”1

Many believe the most influential ideas informing Holmes’s legal philosophy were pragmatism and Darwinism as applied to the Common Law. For Blackstone, the common law was a “static canon dating from time immemorial”—unchanged and unadulterated. For Holmes, the judge does not consult “the wisdom of the ages,” but takes into account the latest scientific discoveries, using the biological and anthropological uses that Darwinism provided. 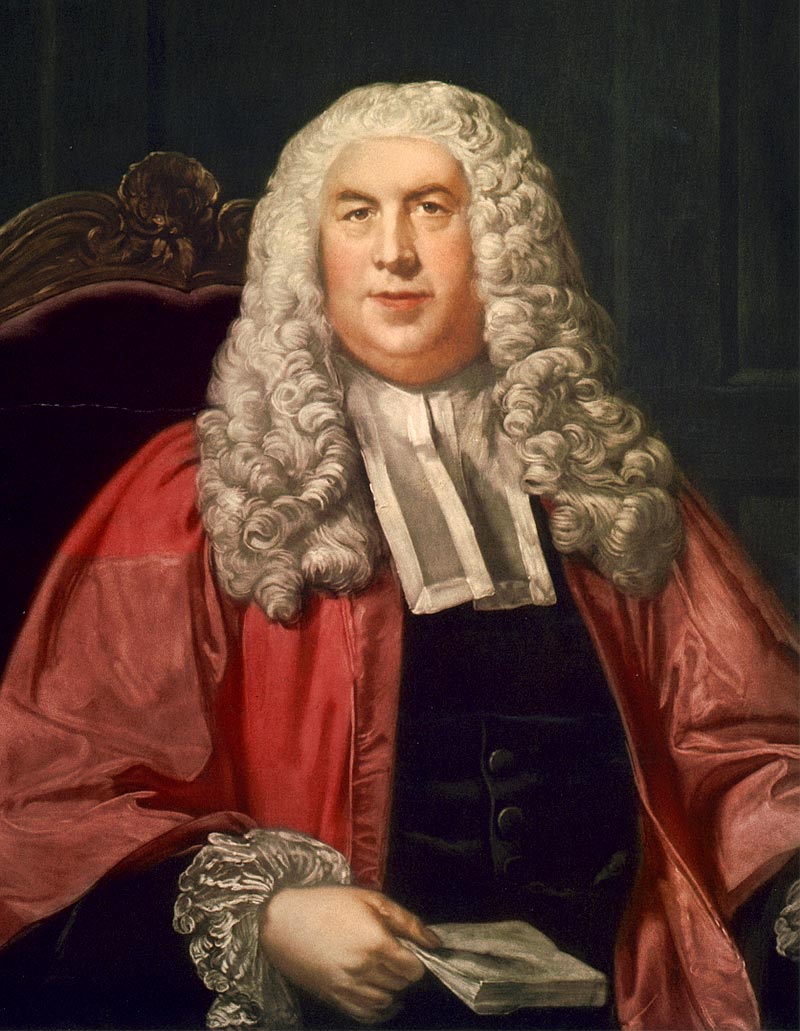 Sir William Blackstone (1723-1780) was an English jurist, judge and politician of the eighteenth century, most noted for writing the authoritative work on the study of law, Commentaries on the Laws of England

“Much of The Common Law substantiates Haack’s point that Holmes entertained and employed pragmatic theories that represented the evolutionary theories animating the common law.”2

Thus, for Holmes, the Constitution is a “living document,” and the rulings by the highest court in the land ought to reflect the times in which they are made. The inevitability of change in the culture would influence how the common law and founding documents ought to change with the times, a reinvention of common law in practice. Objective standards should be replaced with “community standards.” 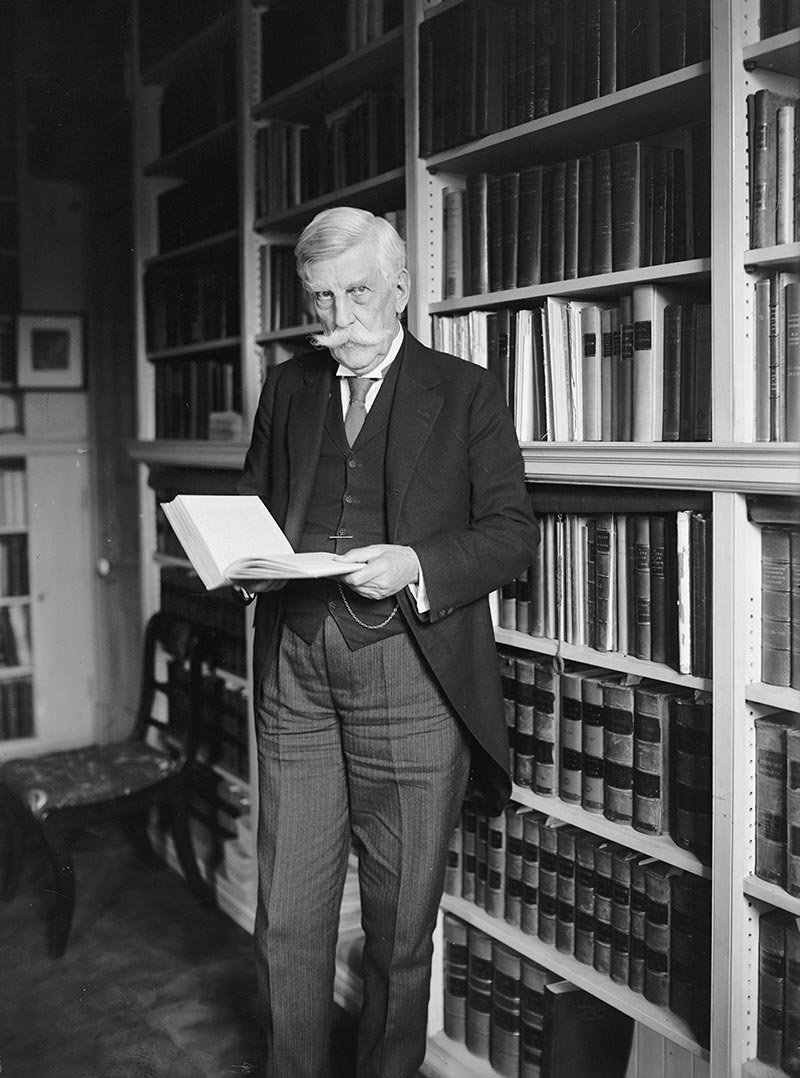 Holmes became known for his support of the eugenics movement, another controversial aspect of his jurisprudential viewpoints. Holmes corresponded with many men and women over his long career, most letters of which have not yet been published. The first biography of the man based on his papers, held in thrall by Harvard University, was not published until 1989. He served longer than any other justice, to the age of ninety years and ten months, dying at the age of ninety-four during the presidency of Franklin Roosevelt. Justice Holmes requested burial at Arlington Cemetery, and among his effects was his blood-stained uniform, from the wounds he sustained in the Civil War. He was a man who could easily have died in the war, but providentially survived to become one of the most powerful and influential justices that molded the direction of the Supreme Court, and thus the history of the United States. 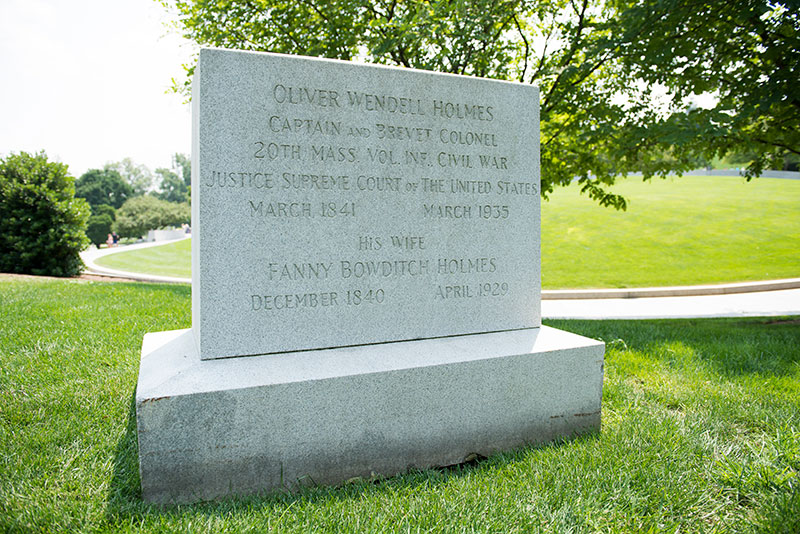