obert Edward Lee’s father was a great cavalry commander and hero of the Revolutionary War, General Henry, “Light-Horse Harry,” Lee III. Upon the death of George Washington, Henry Lee proclaimed the immortal words that the Father of his Country, was “First in War, First in Peace, First in the Hearts of his countrymen!” The same was said many times regarding his own son General Robert E. Lee, seventy years later. Robert, like his idol, General Washington, had also chosen secession from the central government, but the outcome proved very different. 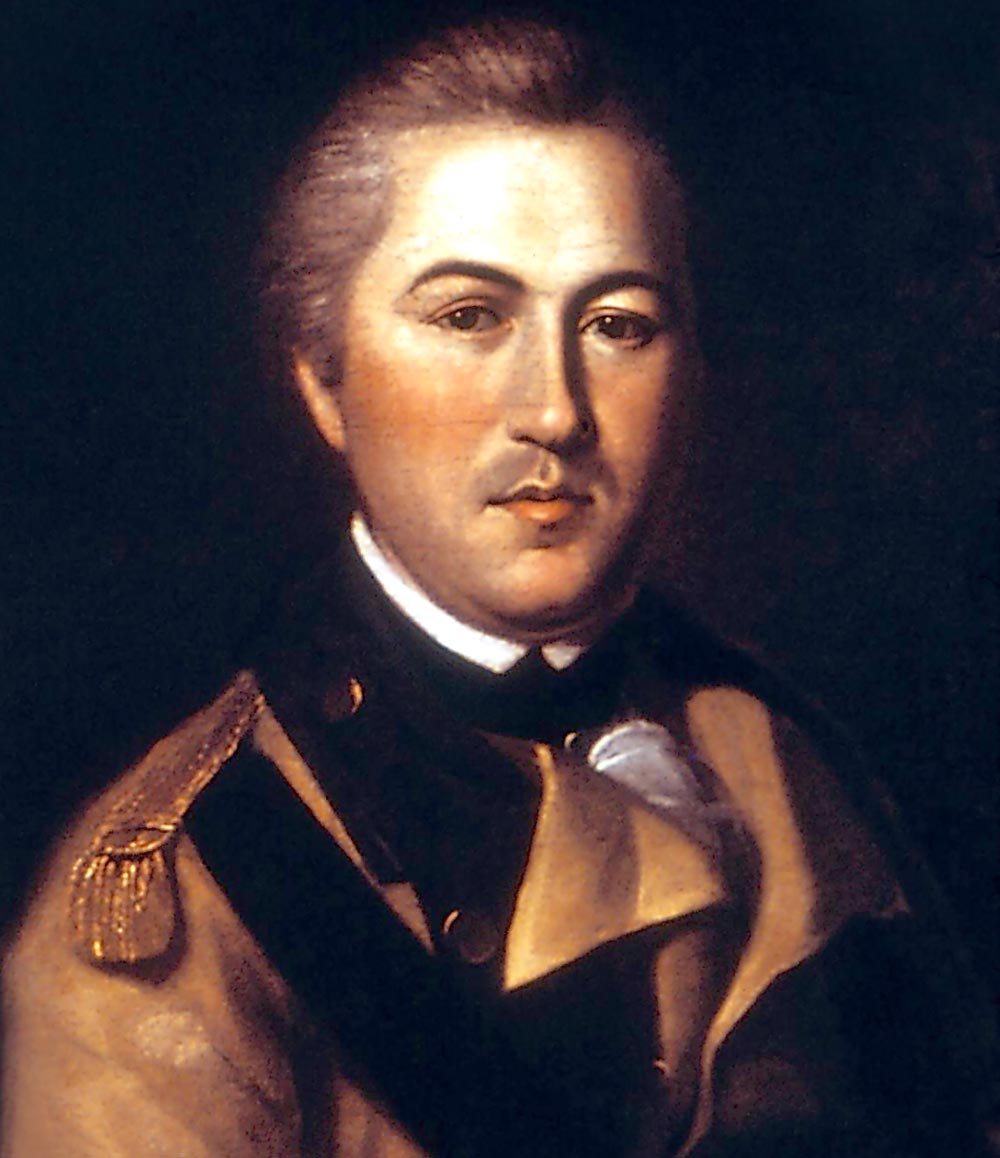 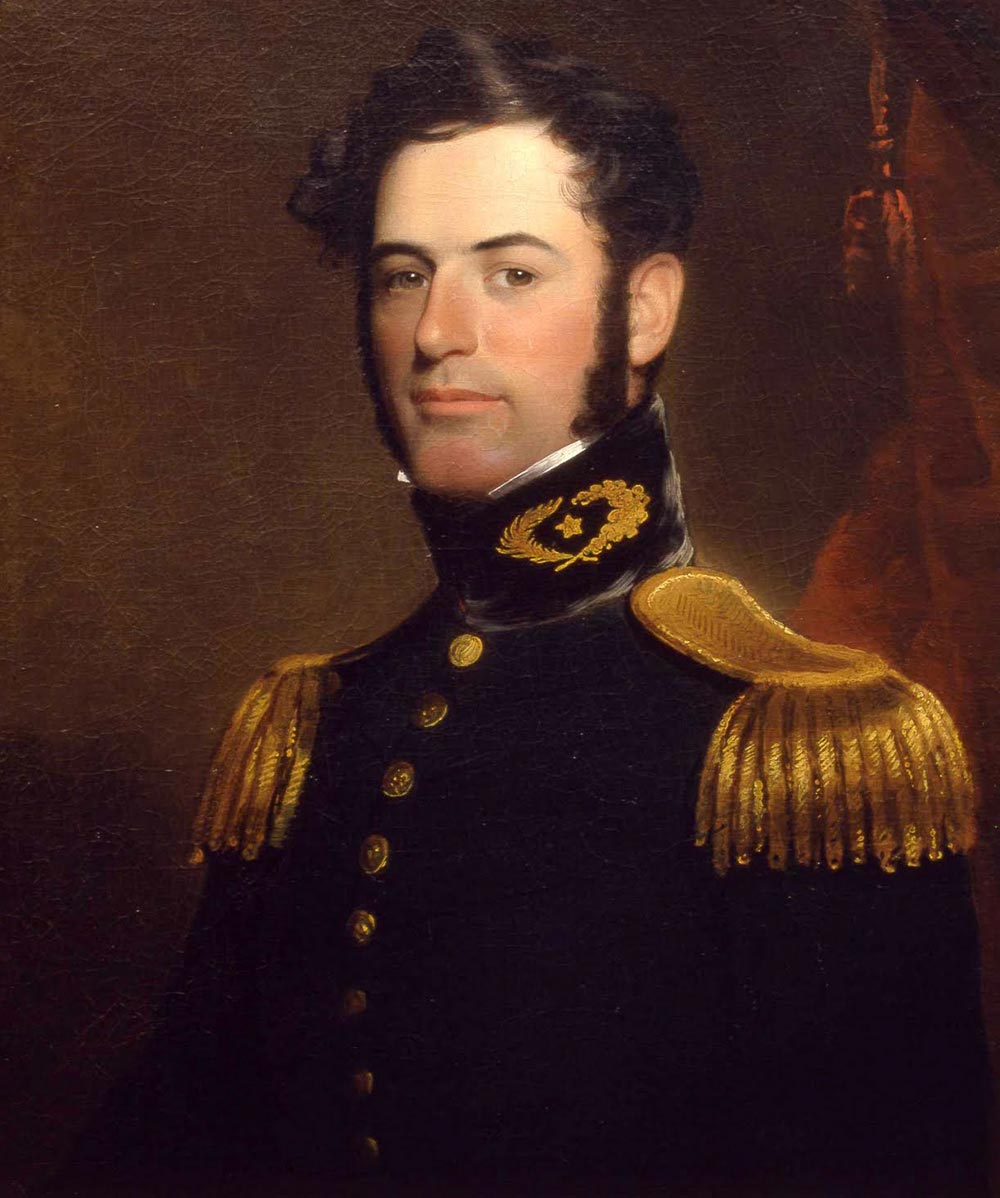 Robert Edward was the fifth of six children born to General Henry Lee and Anne Hill Carter, January 19, 1807. The old war hero lived an impecunious life, went bankrupt and died in obscurity on an island off the coast of Georgia when Robert was eleven years old. Robert received an appointment to the United States Military Academy at West Point in 1825, thanks to the influence of an uncle. After excelling at the academy, he commissioned as a 2nd Lieutenant in the Engineers, embarking on a successful military career that included fort-building, state border definition, and engineering duties along the Mississippi and Missouri Rivers. 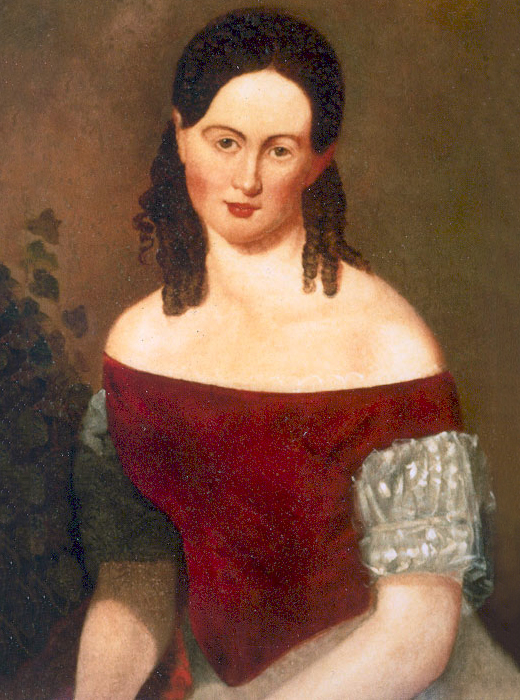 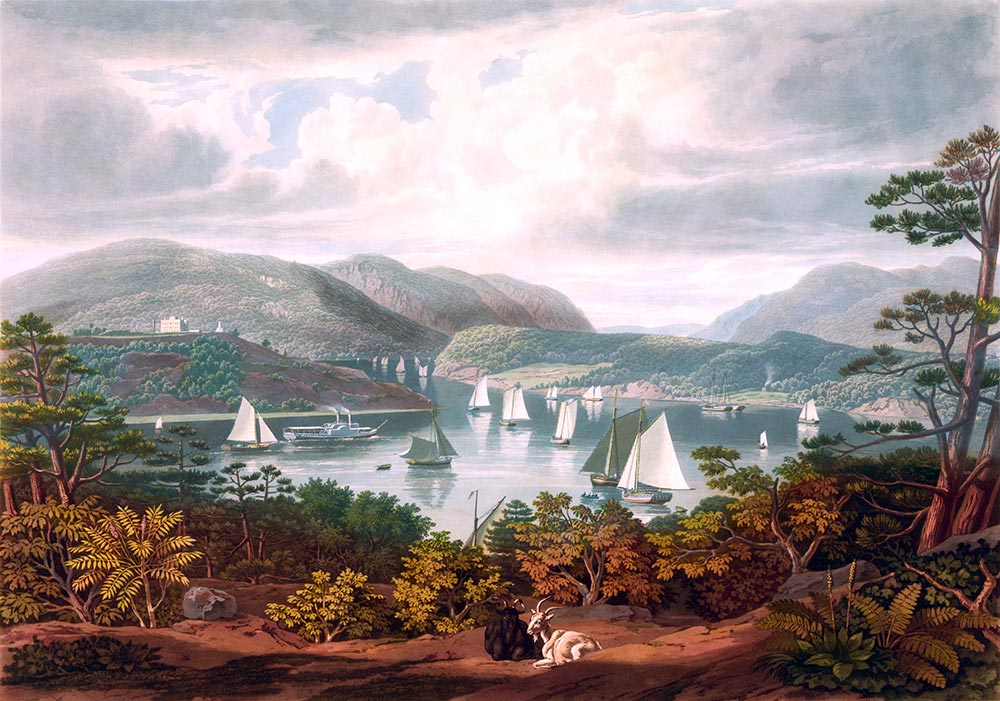 A view of West Point from Phillipstown as it would have been in 1831, showing the original buildings of the United States Military Academy

Lee served on the staff of General Winfield Scott in the War with Mexico, where he was breveted from Captain to Lieutenant Colonel to Colonel. Scott commented that Robert E. Lee “was the very best soldier I ever saw in the field,” his engineer officer performing extraordinary reconnaissance as well as demonstrating fearlessness under fire in every major battle. Following the war, Lee was able to spend time with his growing family of seven children and his sickly wife Mary, the great-granddaughter of Martha Washington. After three years as commandant at West Point, Lee was assigned as second in command of the 2nd U.S. Cavalry, protecting settlers from attacks by the Apache and Cheyanne tribes in Texas. 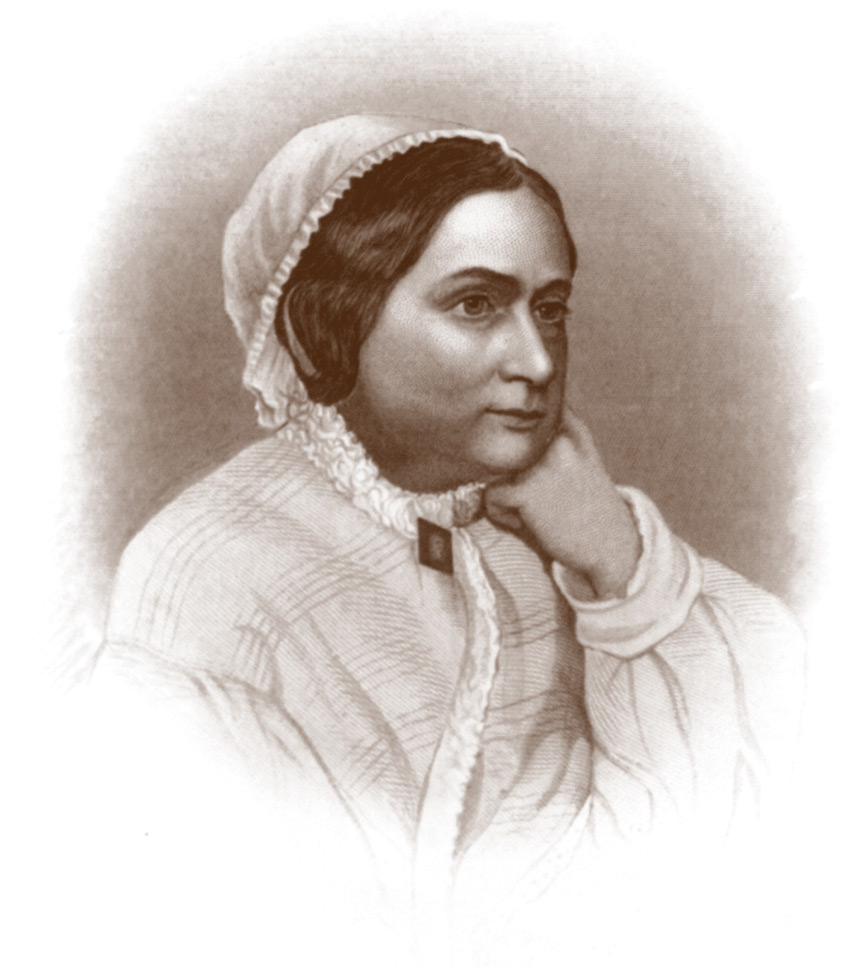 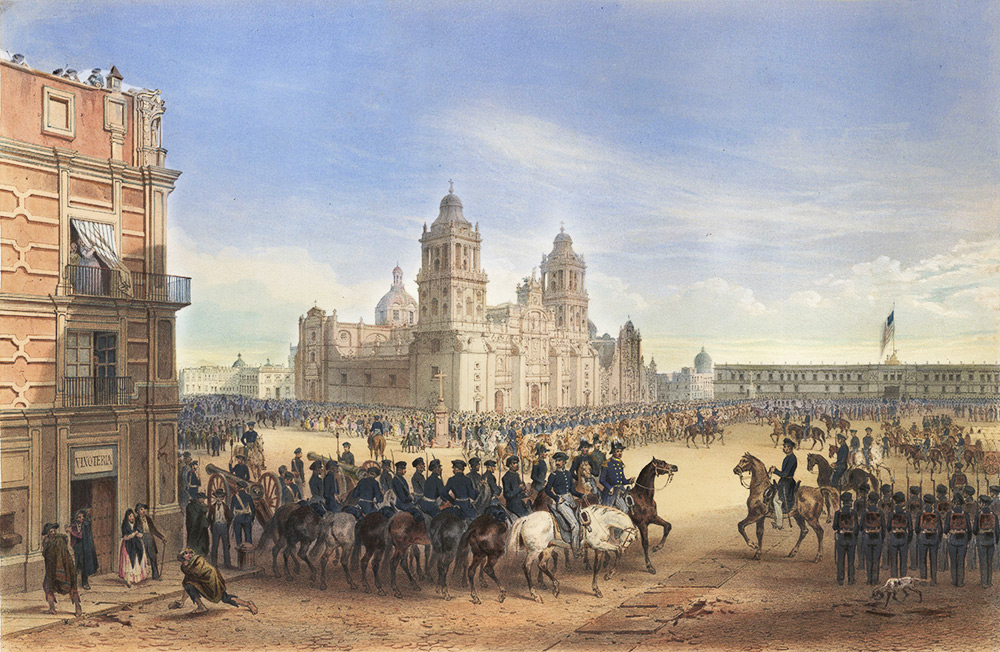 General Winfield Scott and U.S. soldiers enter the Plaza de la Constitución after the Fall of Mexico City with the iconic Metropolitan Cathedral in the background

Colonel Lee was at home at Arlington in October of 1859, when he was called upon by President Buchanan, to crush an attack by domestic terrorists against the town of Harper’s Ferry, Virginia. They were led by wanted murderer John Brown, whose gang was financed by several New England preachers and millionaires, with the goal of inciting a bloody slave revolt. Colonel Lee sent in the United States Marines, who killed or captured the entire gang. The miscreants were hanged, but the incident became an important factor in the secession of southern states less than two years later. 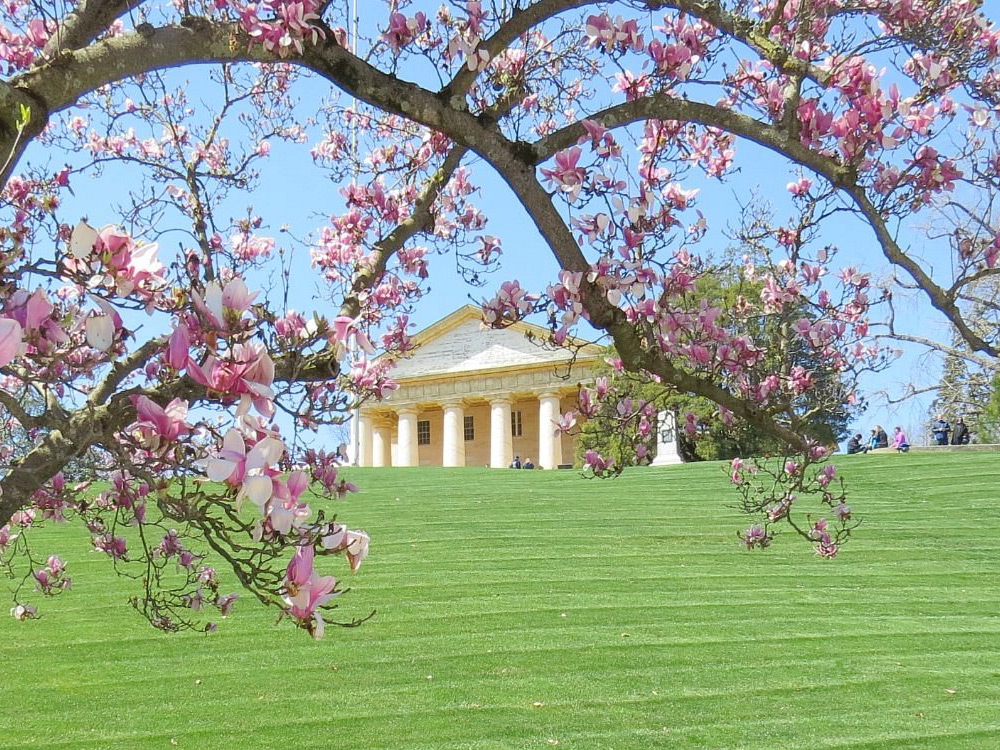 Arlington House, former home of Robert E. Lee which overlooks the Potomac River and Washington, DC on the opposite side 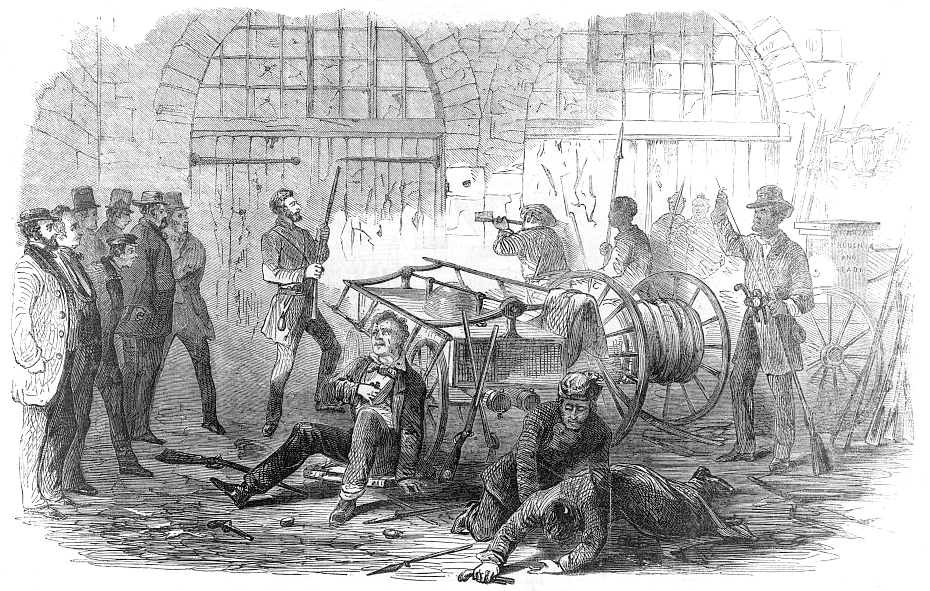 An artist’s depiction of the scene inside John Brown’s makeshift “fort” (the fire engine house) in Harper’s Ferry during the raid by the U.S. Marines under the leadership of Col. Robert E. Lee

In 1861, seven Deep South states seceded from the United States and organized a government of their own, The Confederate States of America. Abraham Lincoln, the newly elected President, was determined to force the seceded states back into the Union through war, and offered command of the army to Robert E. Lee, recommended to him as the most respected leader in the Army. Because Virginia seceded after the government called for 75,000 volunteers to “suppress the rebellion,” Lee resigned his commission and followed his state of Virginia, saying he could not raise his sword against his own country and his family. He was offered, and accepted, command of the Virginia army. 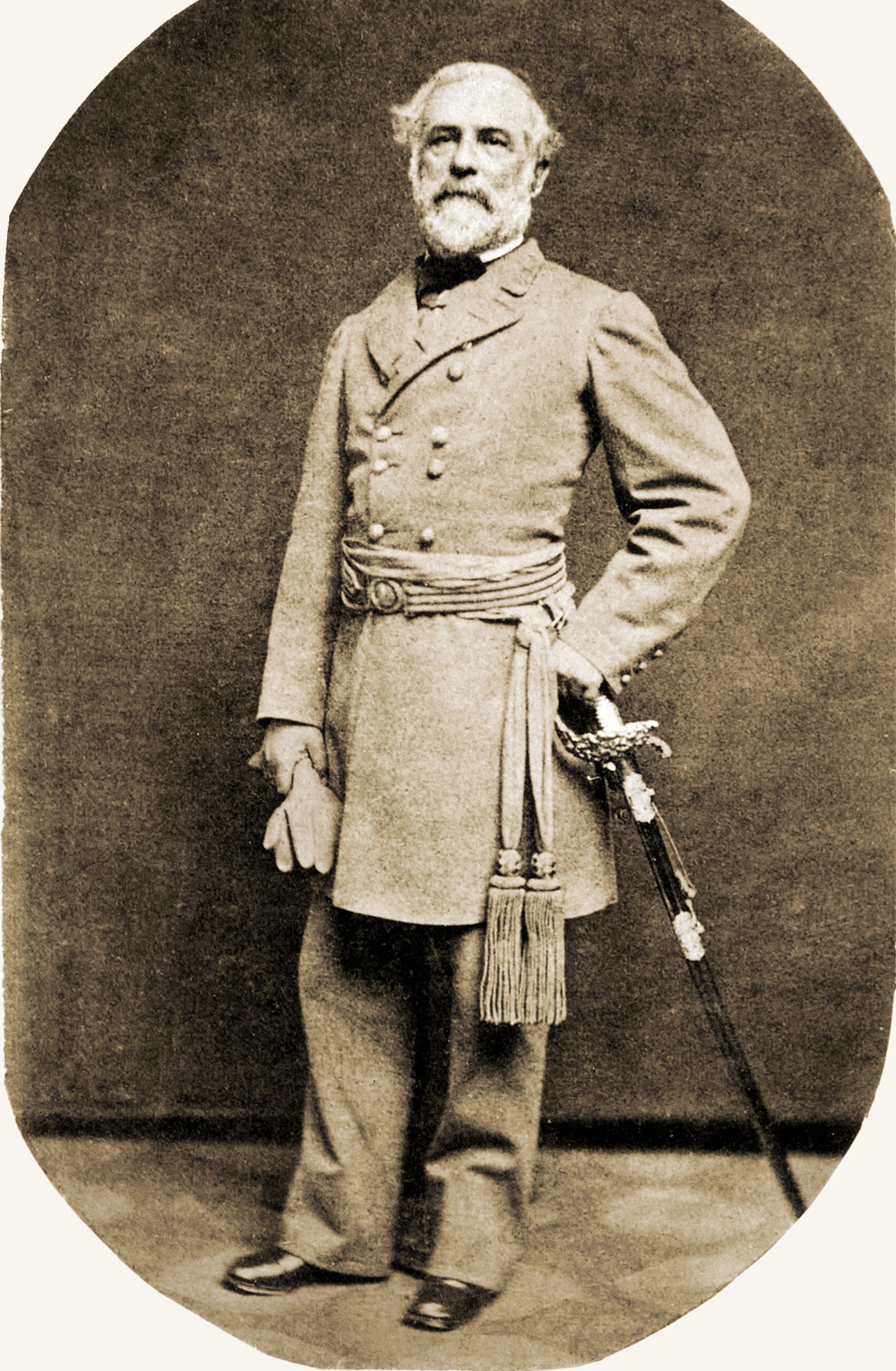 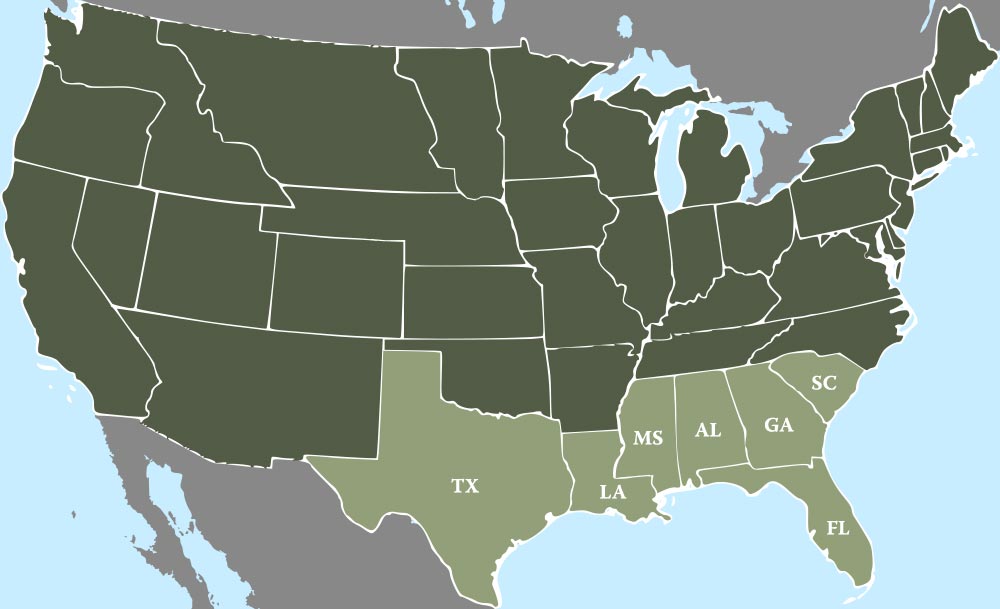 In the early days of what would popularly become known as The Civil War, Lee conducted an unsuccessful campaign in the western counties of the state. The Confederate President Jefferson Davis brought Lee to Richmond, the new capital, as his personal military advisor, without field command. General Joseph Johnston assumed command of the Confederate Army in Virginia, eventually numbering about 90,000 men. In the first major campaign in the Eastern Theatre of the war, the new commander was wounded in the first battle known as “Seven Pines.” President Davis replaced Johnston with Robert E. Lee, who then commanded what became known as “The Army of Northern Virginia,” for the next three years. As Lee’s biographer, Douglas Southall Freeman stated, in his first two years. 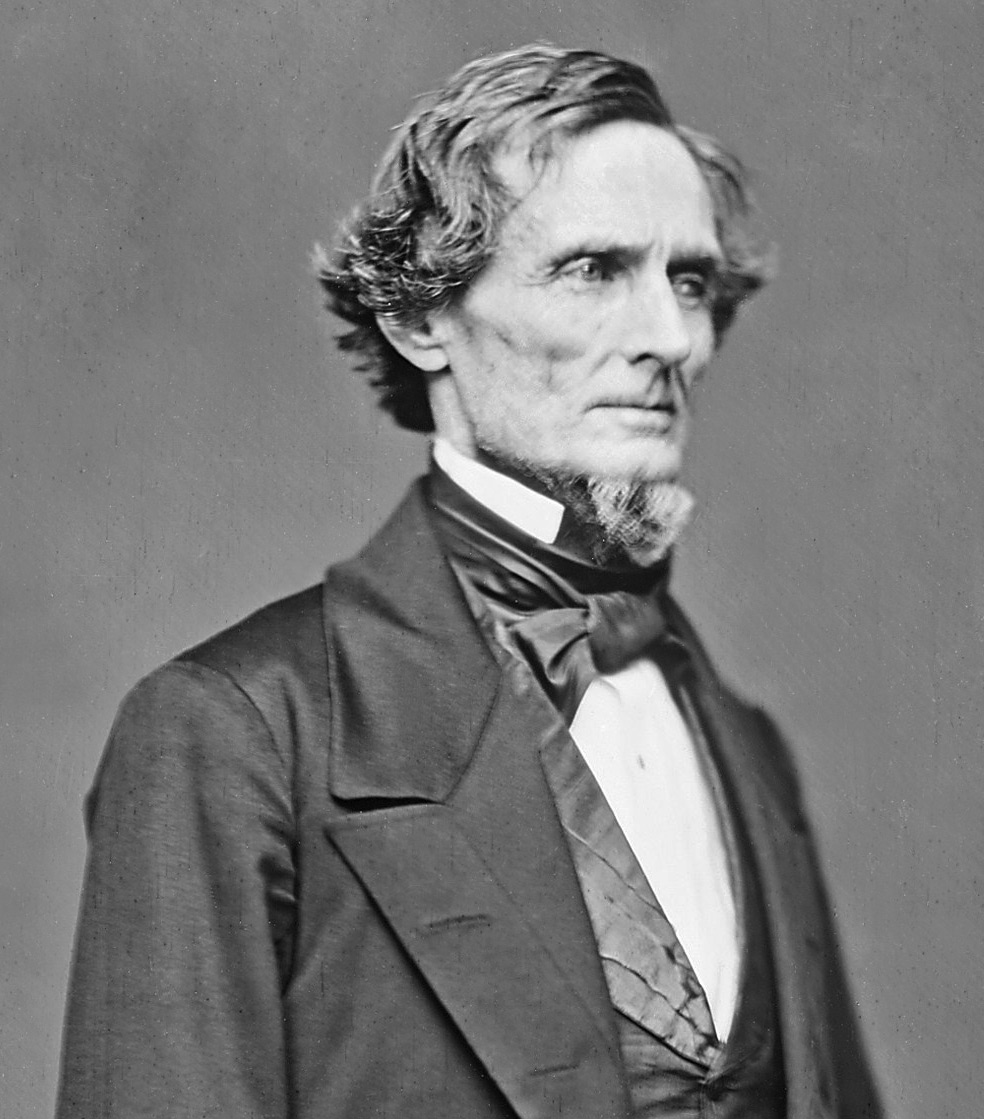 Jefferson Davis (1808-1889) President of the Confederate States of America

“Lee fought ten battles, and indisputably won six of them, while meeting definite defeat in only one . . . and occupied as much of the thoughts and attention of the Northern war effort that he prevented the hosts of the Union from achieving more success elsewhere. He was superb on both the offensive and the defensive.”

As a strategist and tactician he has had few peers in history. He worked in harmony with his superior, the President, as well as with his subordinate commanders. In the spring of 1864, Union General Ulysses Grant, after defeating Confederate forces in the Western Theatre of the war, came east, and with the overwhelming firepower of an army of more than 100,000, conducted the Overland Campaign and Siege of Petersburg against Lee’s dwindling numbers, but at great cost in lives and treasure. By April, 1865, Lee’s Army was trapped and compelled to yield to “overwhelming numbers and resources” at Appomattox, Virginia. 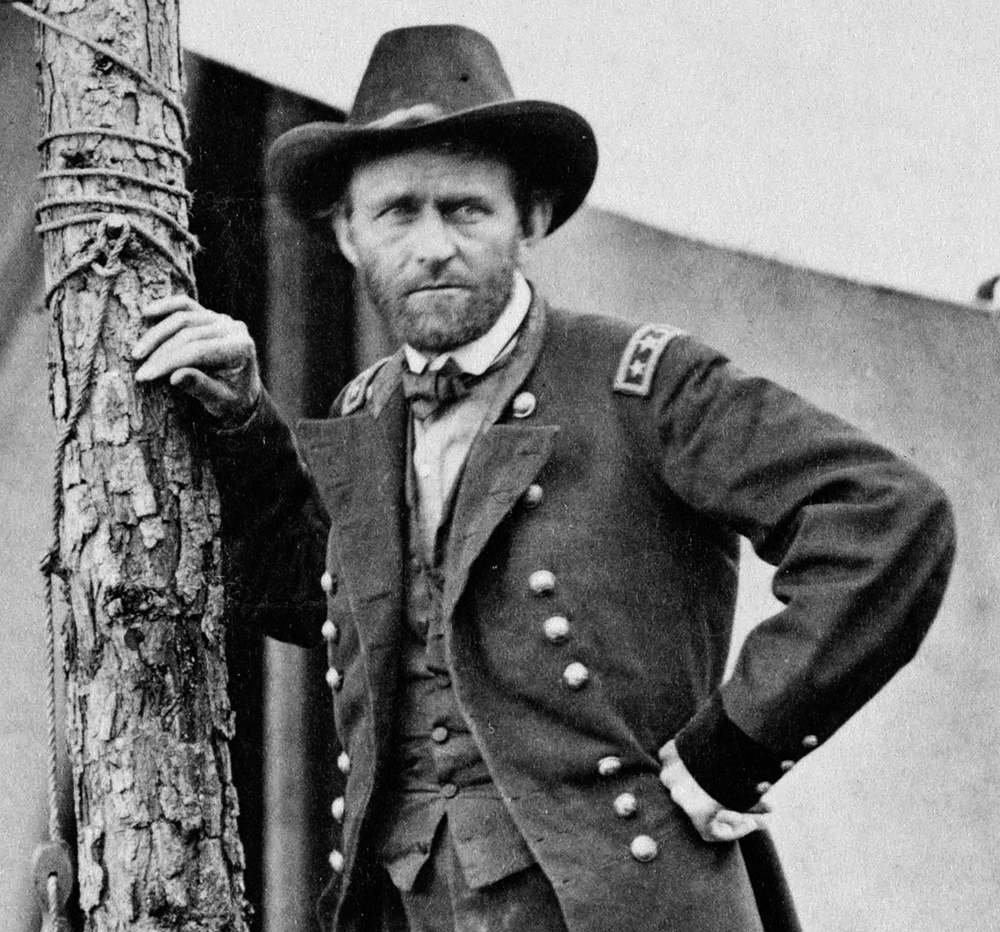 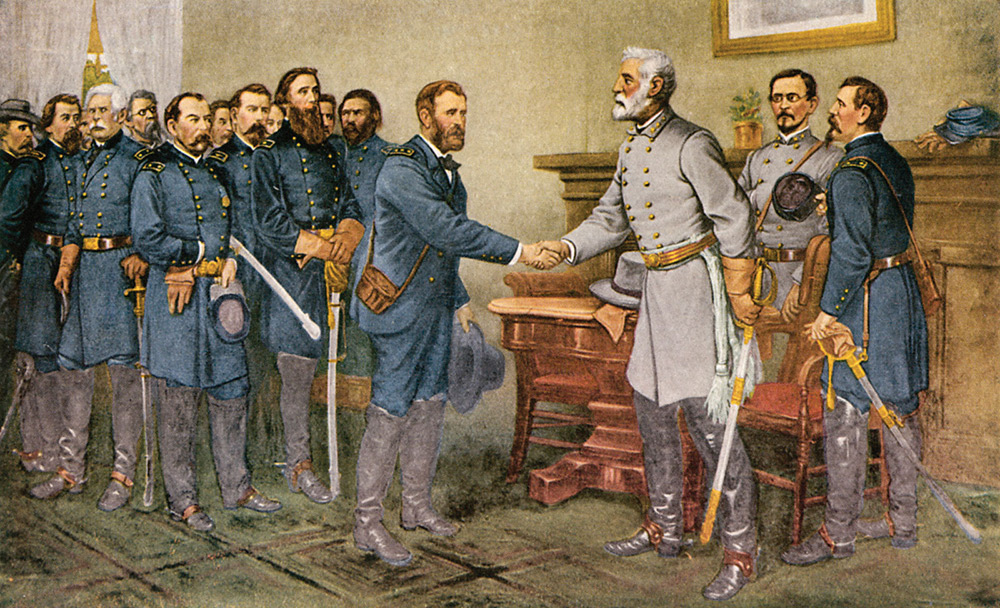 His errors and weaknesses notwithstanding, Robert E. Lee’s character and generalship have been admired, imitated, and celebrated ever since. His sterling example, faith in God, and submission to Providence, have kept him in the first rank of great Christian warriors in history. In recent years attempts have been made to erase him from the history books, and vilify his honor and reputation by the myth-makers who live in a utopian fantasy world of their own making. Facts, however, are still stubborn things, as are the hearts of people who know the truth and will not compromise with the ever-changing whims of fashion. 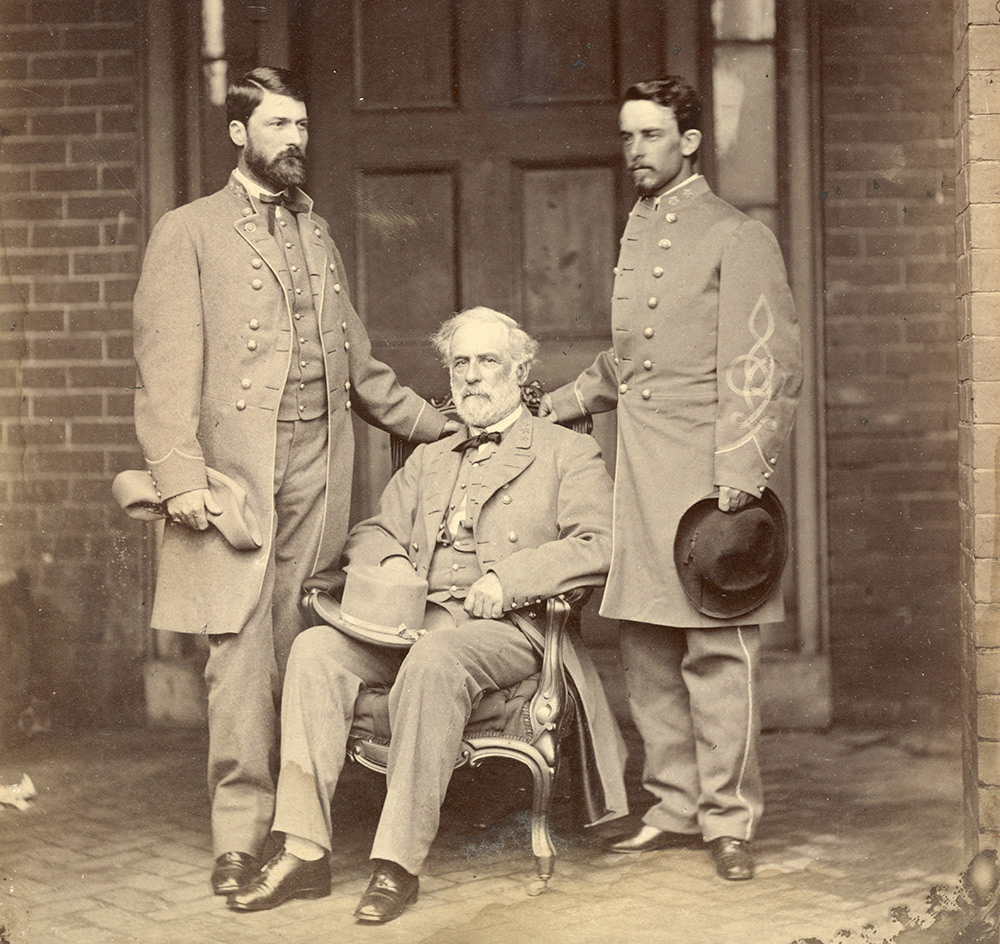 In this 1865 picture taken at his Franklin Street home in Richmond, Lee is seen seated between his son, George Washington Custis (on his right) and Lt. Colonel Walter H. Taylor on his left