“The commander went to Paul and asked, Tell me, are you a Roman citizen? Yes, I am, he answered. Then the commander said, I had to pay a lot of money for my citizenship. But I was born a citizen, Paul replied.” —Acts 22:27-28

he conquest of Europe and the Mediterranean world by Rome did not happen overnight. Defeating the tribes and enemies of the Italian peninsula may have come easily, but the challenge of Carthage took Roman imperial pretentions to a whole new level, and cost an ocean of blood. In a series of three major wars, Rome and Carthage squared off in a remarkable series of campaigns and battles that still rank among the most important military engagements in the history of man.

The city of Carthage and the Carthaginians who inhabited the city and region around it, although on the coast of modern Tunisia, probably originated in Canaan in the Levant (eastern Mediterranean). The Phoenicians (as they were called by the Greeks) became a trading empire, establishing major ports as independent city-states around the Mediterranean Sea—places such as Tyre, Sidon, Byblos, and eventually, Carthage. Their language was Semitic, similar to Hebrew; the Philistines were likely a clan of Phoenicians, more settled than their merchant-cousins. The Western Phoenicians were called Punics in Latin, and their city became the largest and most powerful outside of Rome. 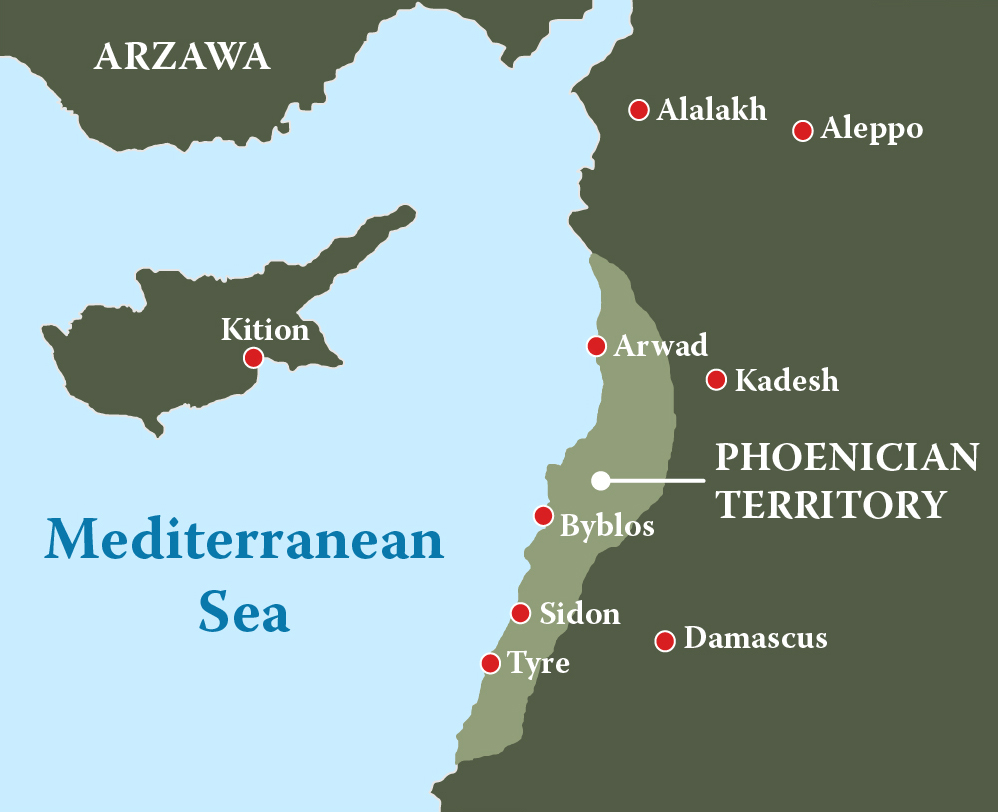 Map of the Phoenician region 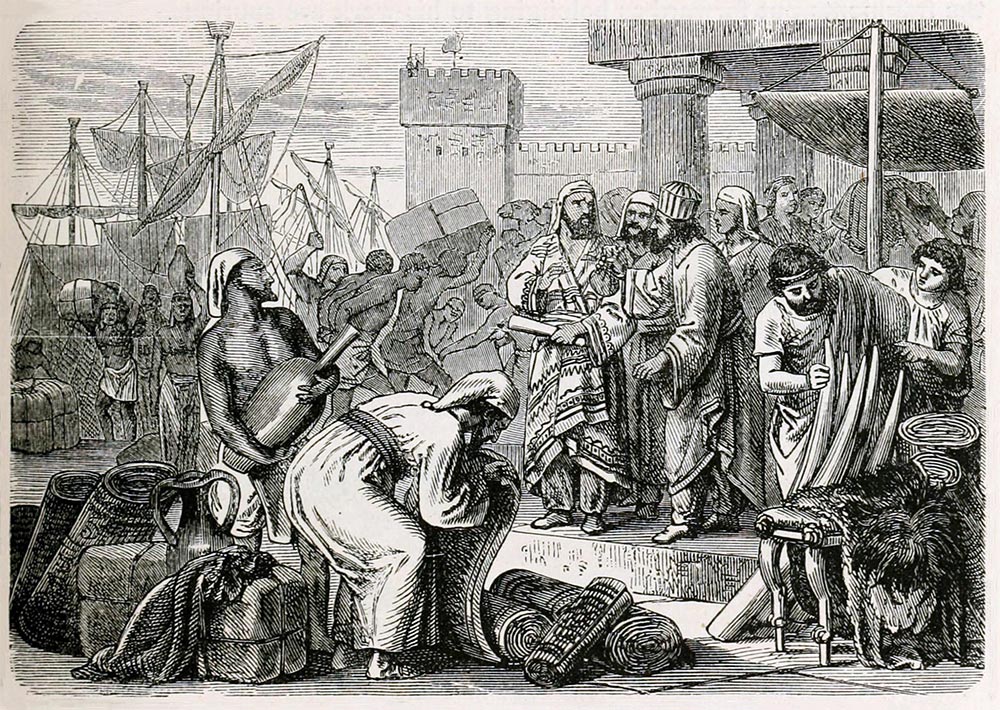 The Romans and Carthaginians fought three wars, known as the Punic Wars, from 264 BC to 146 BC. The men of Carthage had settled Sicily and Sardinia, from whose ports their merchant ships sailed and their naval dominance kept down any competition in the Mediterranean Sea. The Romans, who possessed a strong army but a weak navy, attacked the Carthaginians of Sicily in the waters around those islands, seeking to expand their own hegemony in the region. The First Punic War lasted twenty-three years, a bloody affair in which only two pitched battles were fought between the Roman Army and the Carthaginians. For a hundred years Rome had been adding the Italian peninsula to her control, and now it was time to drive the North Africans from Sicily. The sea battles were fought between five-oared wooden ships with infantry and marines for boarding the enemy. The land battles were fought between Roman infantry carrying spears, thrusting or throwing, and a short stabbing sword. The Carthaginians used mostly mercenaries and allies, as well as “war-elephants” to intimidate and trample their foes. Over more than two decades the two sides fought on land and sea, with the Romans victorious in the end, acquiring Sicily, Sardinia, and Corsica. Both sides suffered enormous casualties and bankrupted both countries. 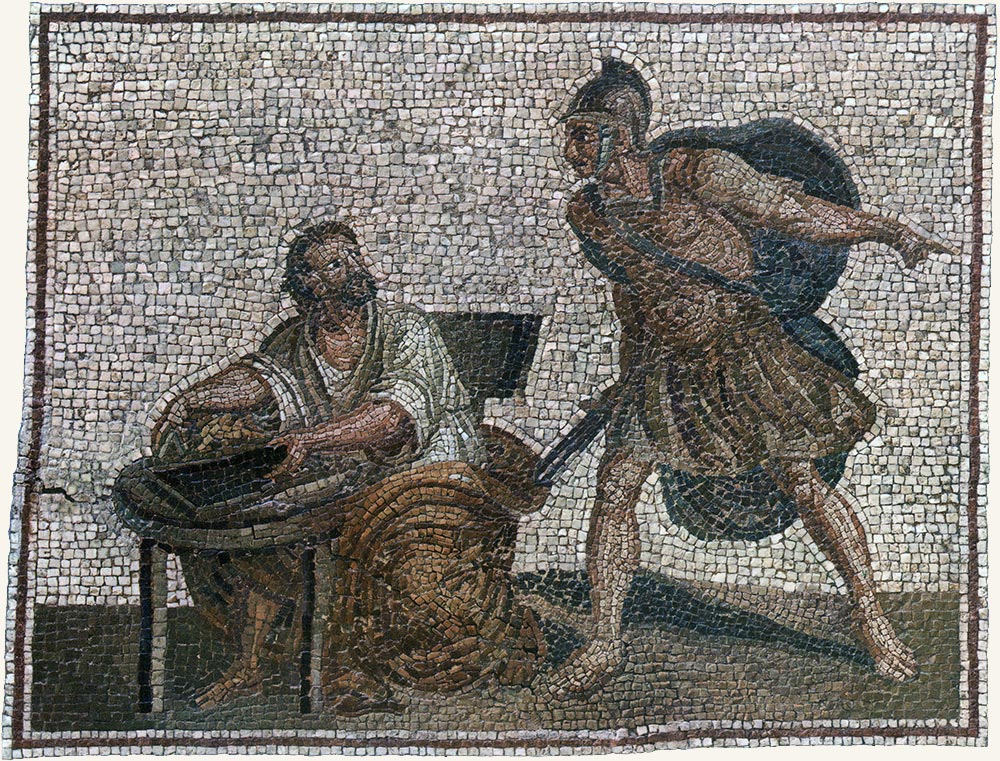 Depicted above is a Roman soldier killing Archimedes who was renown for his invention of war machines to counteract the traditional siege warfare methods of the Romans.

The second Punic War, which lasted seventeen years, featured Hannibal Barca fighting in Spain and then taking a large army with elephants over the Alps into Italy, where in a succession of battles, including the annihilation of a 120,000-man Roman army at Cannae, saw the Carthaginians wreaking revenge on the arrogant Romans. A new Roman general by the name of Scipio took command, defeated the invaders in Spain and invaded Africa, forcing the recall of Hannibal from Italy. At the Battle of Zama, in 202 BC, Scipio defeated Hannibal, forcing the Carthaginians to sue for peace. The war reparations were very steep, crippling Carthage’s ability to ever wage war again, forcing them to become a second-rate power under Roman rule. 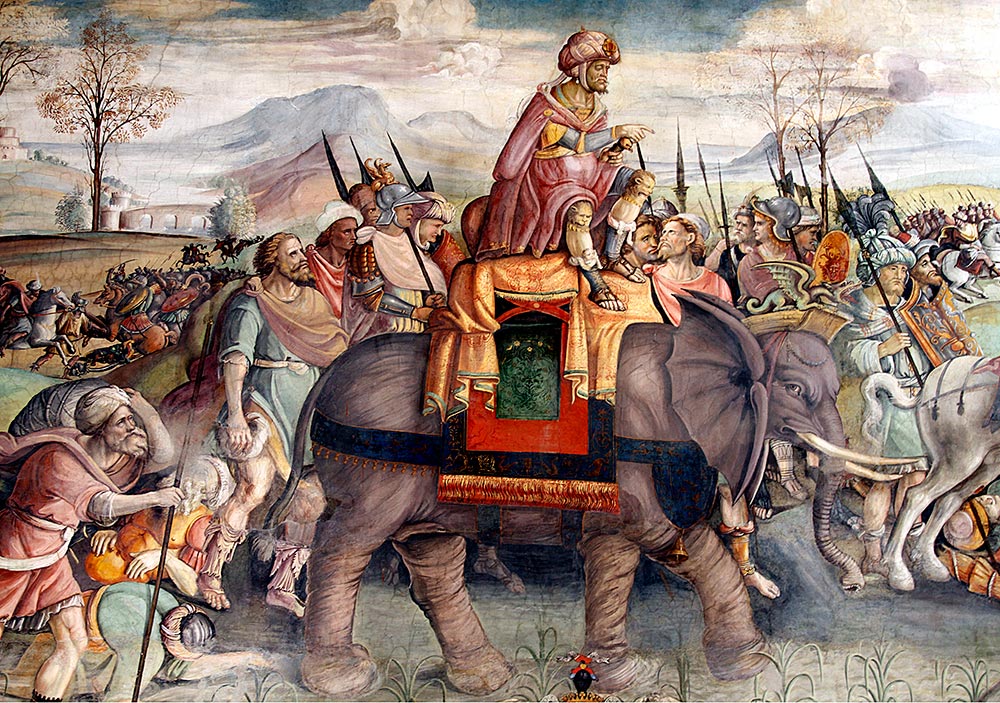 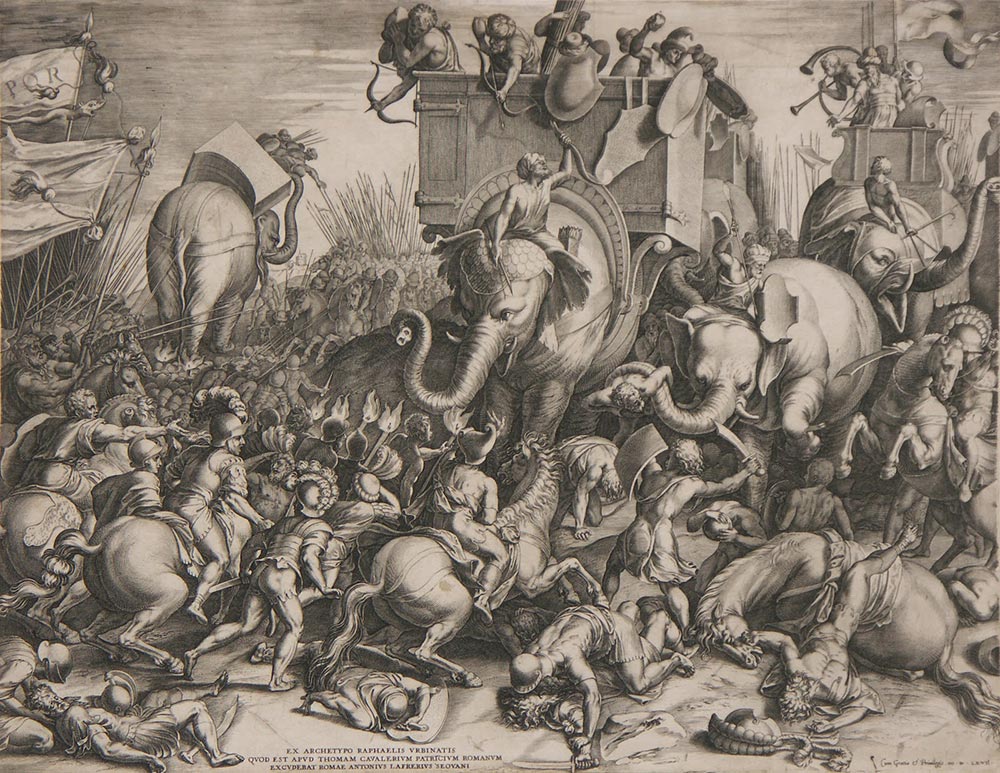 Engraving of the Battle of Zama

The third and final Punic War lasted only three years, 149-146 BC, concluding on February 5. Historian Polybius, left us the most information about the third Punic War in his Histories. Although Carthage was no threat to Rome, a faction in the government hated their old enemy and desired their elimination from history. The famous orator Cicero used to end each oration with “Carthago delenda est”—Carthage must be destroyed. The city had paid off its debt and was recovering some of its former profitable commercial enterprises in the Mediterranean. Rome prepared a punitive expedition on trumped-up charges, which Carthaginian ambassadors unsuccessfully sought to answer and to negotiate continued peace. Under General Hasdrubal, Carthage raised an army to defend itself from the coming invasion. 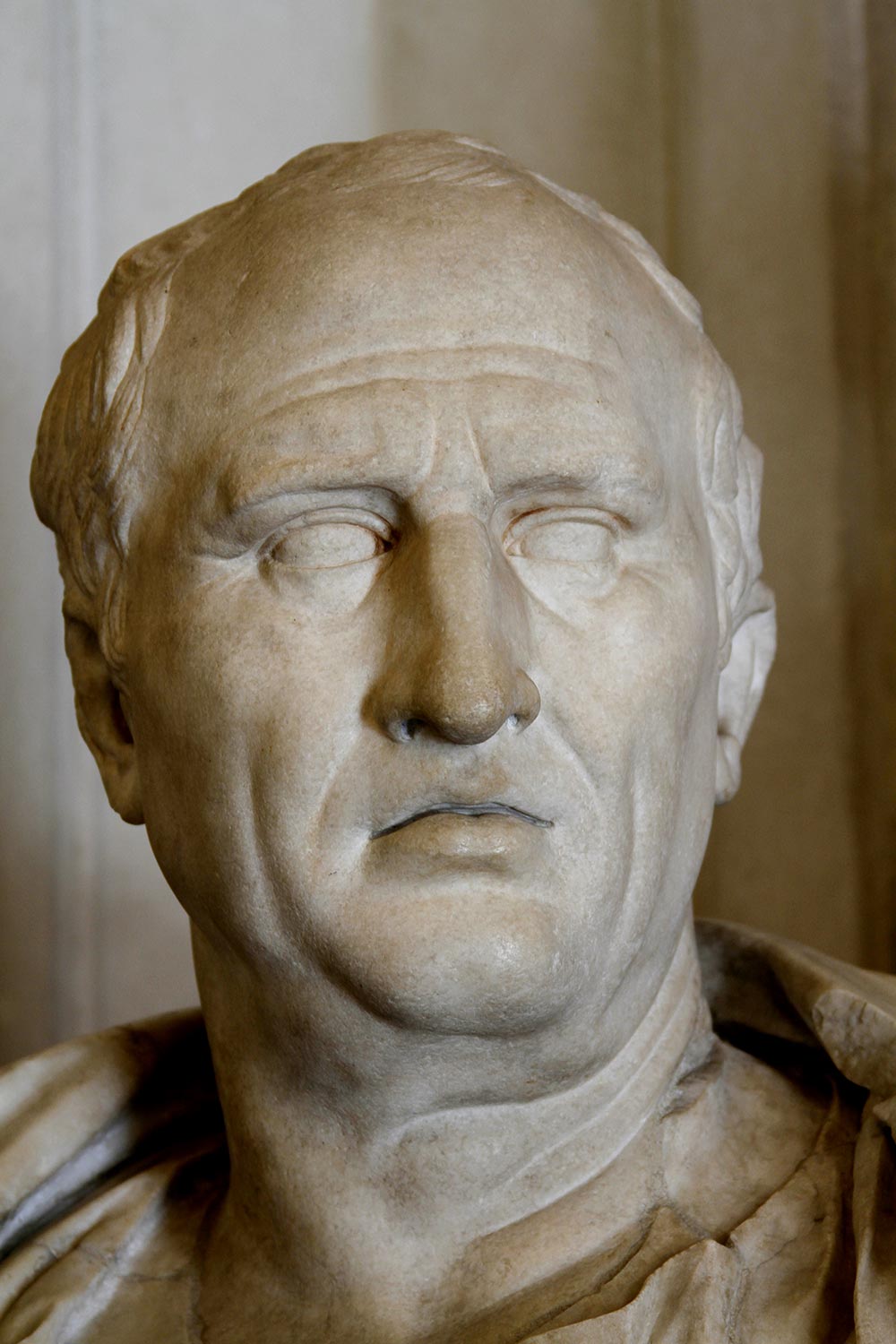 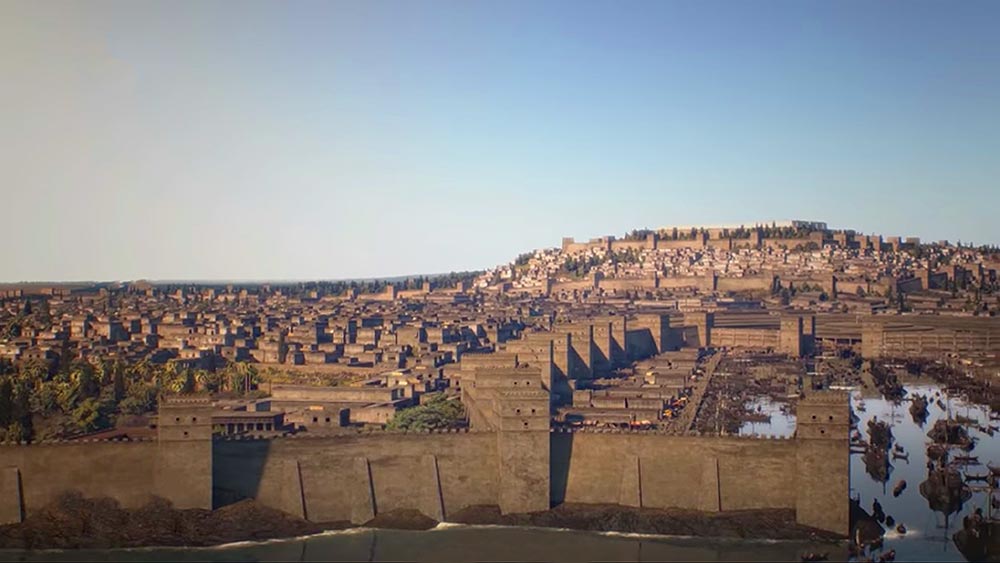 A video reconstruction of the ancient city of Carthage can be viewed here.

The Romans laid siege to the city outside its massive walls and were repulsed numerous times. The Carthaginians attacked the Roman camps, destroyed some of the siege engines and set fire-ships among their fleets. The Romans outlasted the Carthaginians, an outcome predictable from the beginning. Finally breaching the walls, the Romans entered the city and went door to door, killing every person in the city. Upon surrender, the 70,000 survivors were enslaved. An estimated 450,000 Carthaginians were killed in the war, most of them civilians, who were massacred. All the Punic cities and territories were annexed by Rome, but they were permitted to retain their culture, religion, and language, which lasted to the 7th century AD. 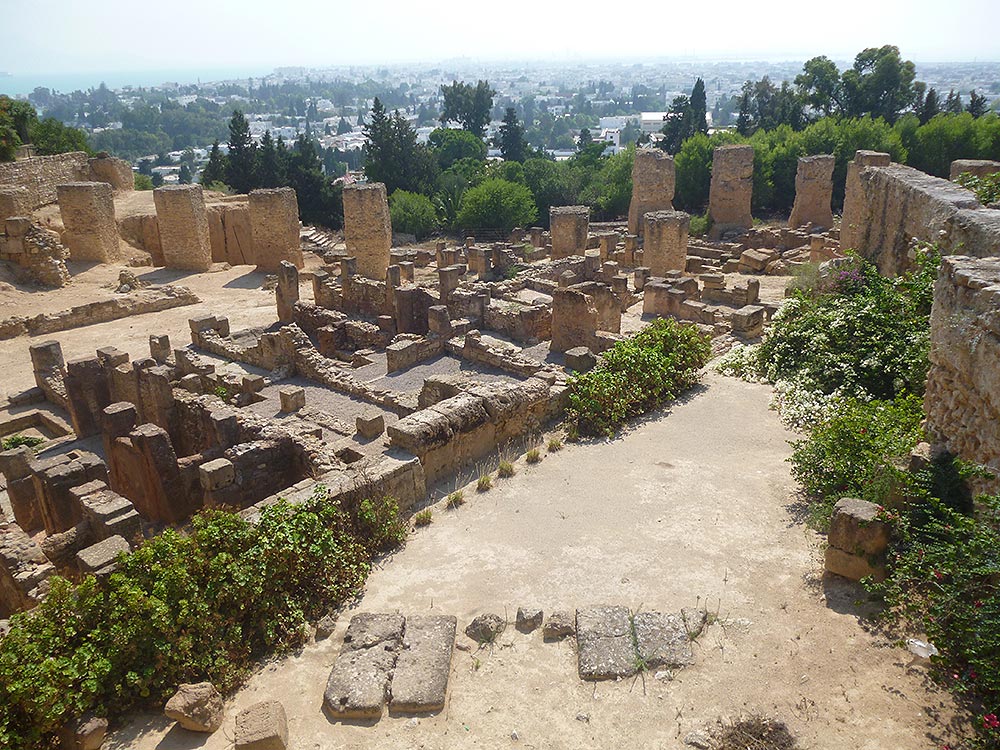 Archaeological ruins of the city of Carthage in modern-day Tunisia

In the 4th/5th Century AD, a Berber convert to Christianity became the Bishop of Hippo, a Punic-speaking, Roman-dominated city, formerly of the pagan Carthaginian Empire, a man called “Augustine of Hippo.” 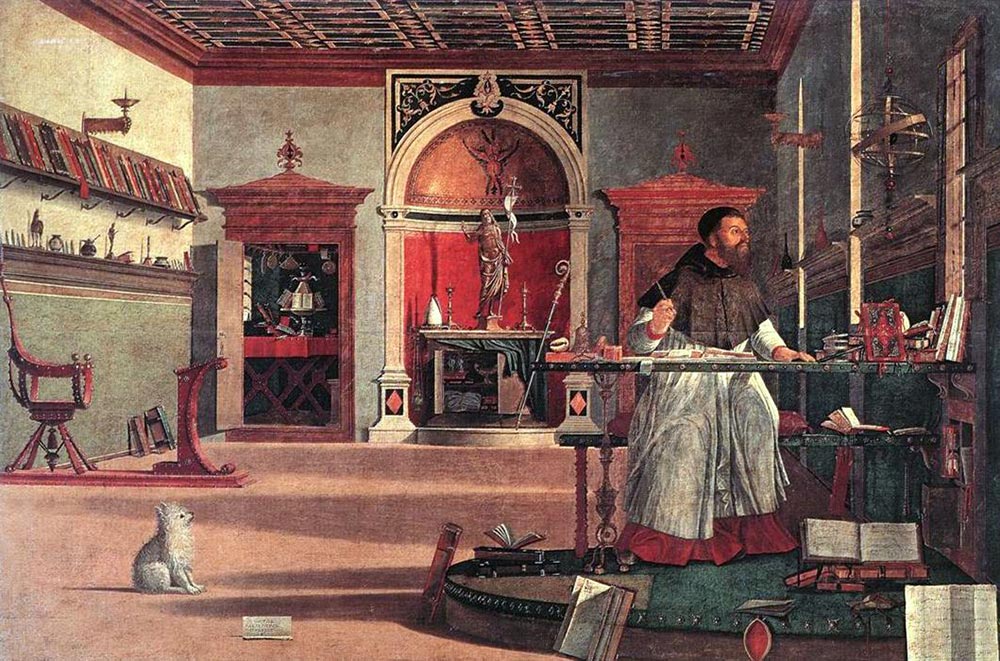