t was a war that started in America when “a volley fired by a young Virginian in the backwoods of America set the world on fire.” The quote was by Horace Walpole, famous writer and son of the British Prime Minister, the young Virginian was George Washington, and the French officer killed in the ambush was Joseph Coulon de Villiers de Jumonville. The site is in the modern-day county of Fayette in Western Pennsylvania, a place known now as Jumonville Glen, and marked by a mountain cross that is sixty feet tall, weighs 47,000 pounds in 183 tons of concrete. From the summit can be seen three states in a fifty-mile radius. The skirmish there began a war that lasted seven years and changed the world forever. 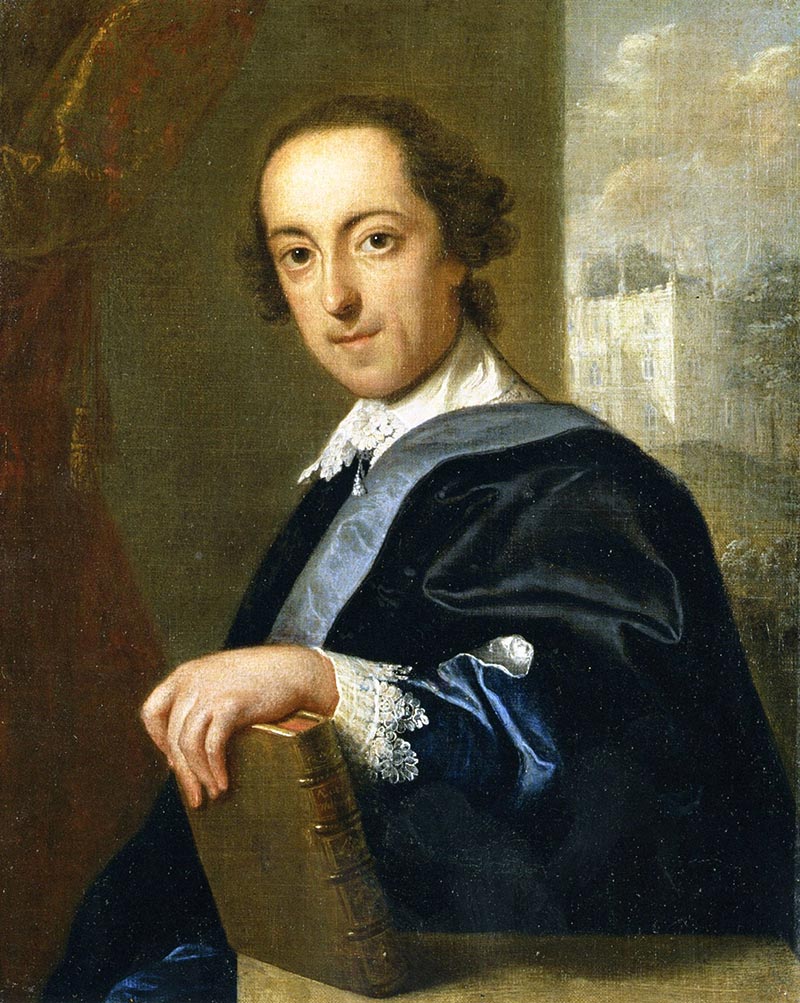 Photo of the site of the Battle of Jumonville Glen, fought on May 28, 1754

From 1689-1762, England fought four major wars against France. Alliances with other European nations varied with the times, but the two main antagonists remained the same. While each war reflected dynastic controversies among the Europeans, the American colonials named them after the English monarch in power at the time—King William’s War, Queen Anne’s War, King George’s War, and finally the biggest and most consequential of them all “The French and Indian War.” Not only was the conflict named after the chief adversaries, it began in America, killed the most colonials, and set the stage for the American War for Independence. 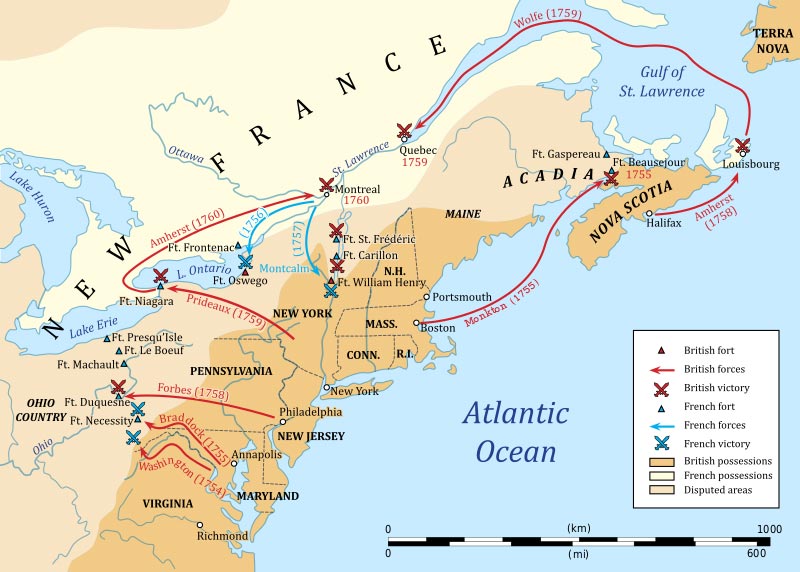 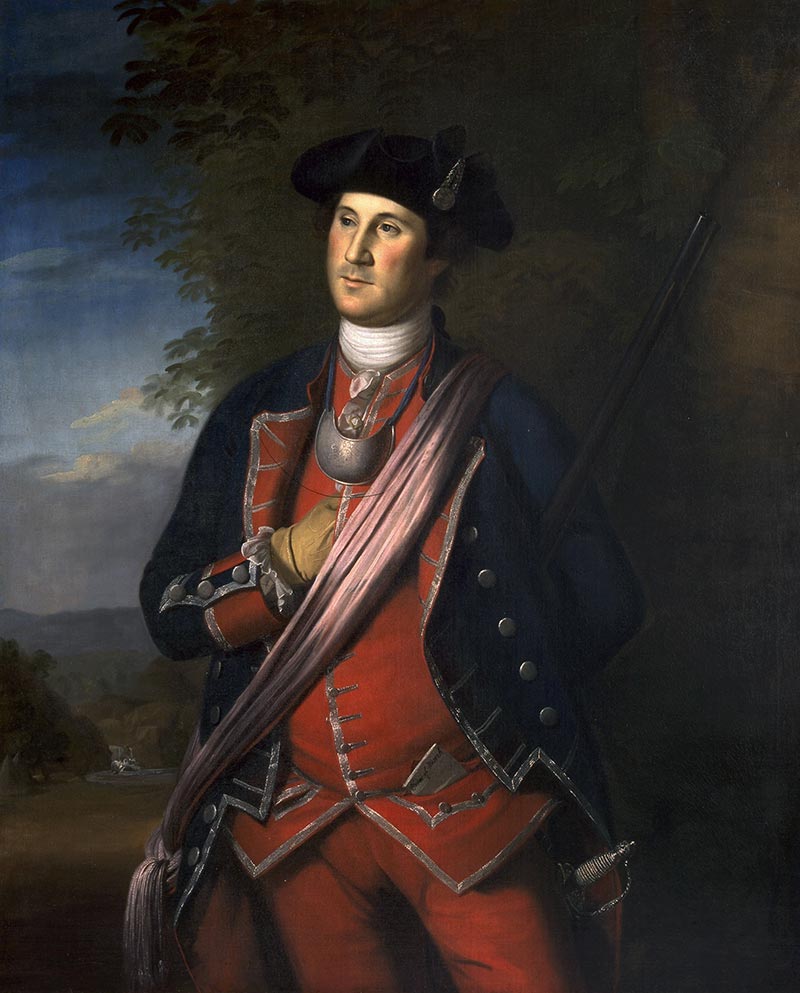 The French empire in America centered on Canada, which provided furs, timber, and naval stores. When the mother countries went to war, their colonies had to as well, and most fighting in North America took place in Canada and on the frontiers of New England and the middle colonies, including Virginia. Although the treaty ending “King George’s War” in 1748 settled Anglo-French controversies, both sides still claimed the Ohio Valley, which extended from western Pennsylvania to the Mississippi river. The French built forts along Lake Erie and into western New York and Pennsylvania as far south as the conjunction of “three rivers” (future Pittsburgh). 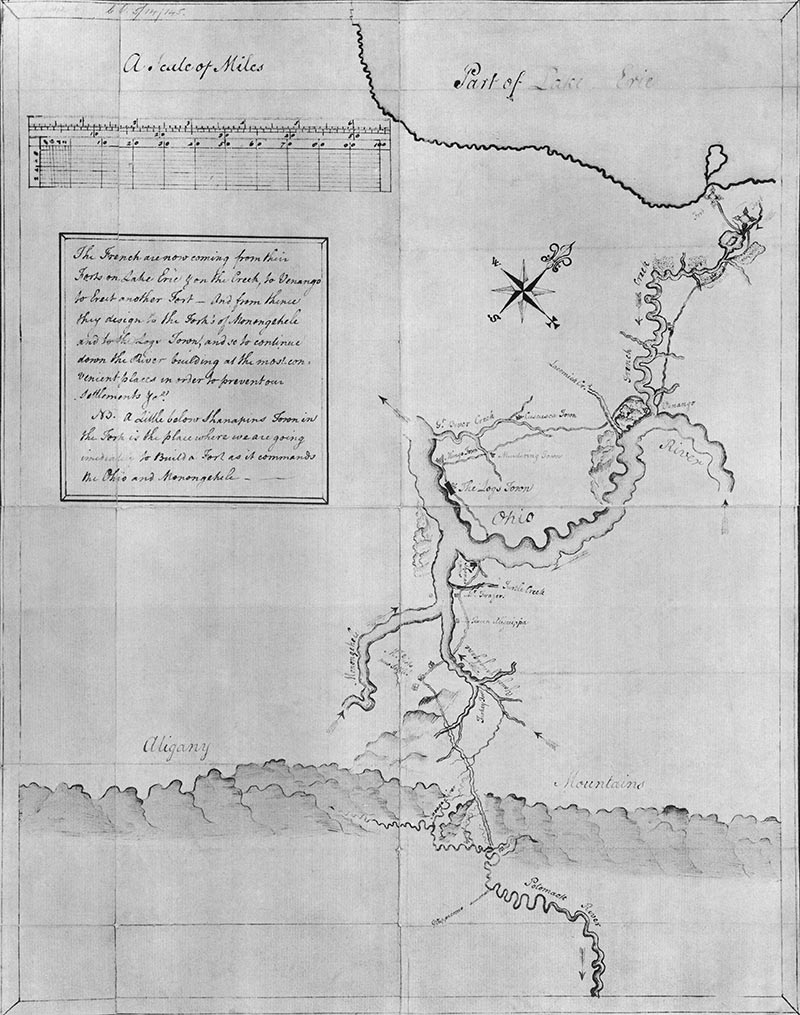 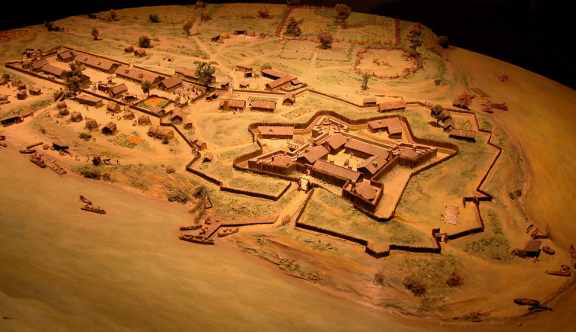 In the year 1754, the Governor of Virginia sent his adventurous militia Major, George Washington, on a warning expedition and then with a small army to drive the French from their fort named after the French Governor Duquesne. After the ambush which killed the young French officer Jumonville, the Virginia troops got trapped in a poorly sighted makeshift fort named Fort Necessity, near the future Uniontown, Pennsylvania. Washington surrendered and was sent packing back to Virginia. The governor appealed to London for troops and was sent a British army of two regiments, who combined with five hundred or so Virginia militia, all under command of a misguided, arrogant, incompetent named General Edward Braddock. He was killed and his army routed by an ad hoc force of French civilians, Indian warriors allied to the French, and a few French soldiers, and the War known in the colonies as The French and Indian War was on in earnest—in America, Europe, and on the oceans of the world. Parliament formally declared war in May, 1756. It lasted seven years, exacted a large toll in lives, treasure, and property, and most importantly, redrew the map of empires in North America. 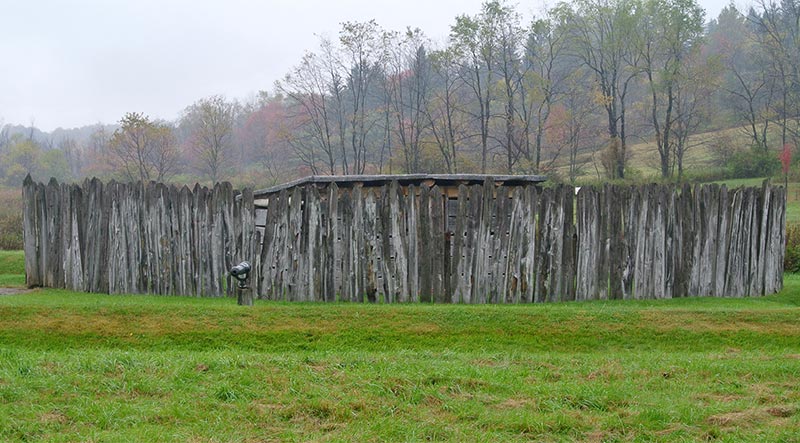 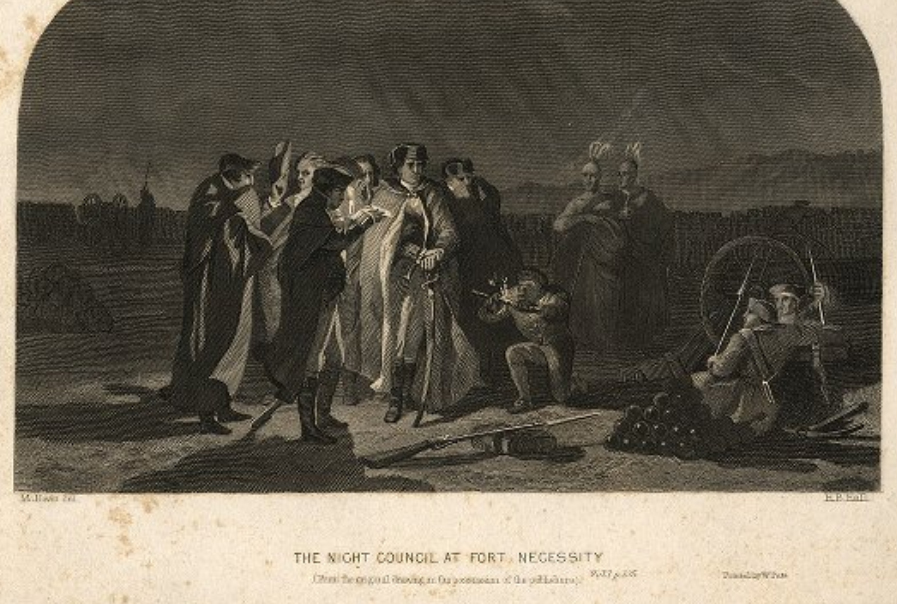 The French seemed to have it all their way in the first few years of the war, “a harvest of defeats and disappointments” for the English. The British commanders in North America were characterized by one historian as “undistinguished,” and who “owed [their] position to political appointment.” General Webb, for instance was “selected for a role beyond his capacity . . . cautious, lacking in self-confidence and judgement, and soon incapacitated by palsy.” Prime Minister William Pitt finally determined to go all out to defeat France. 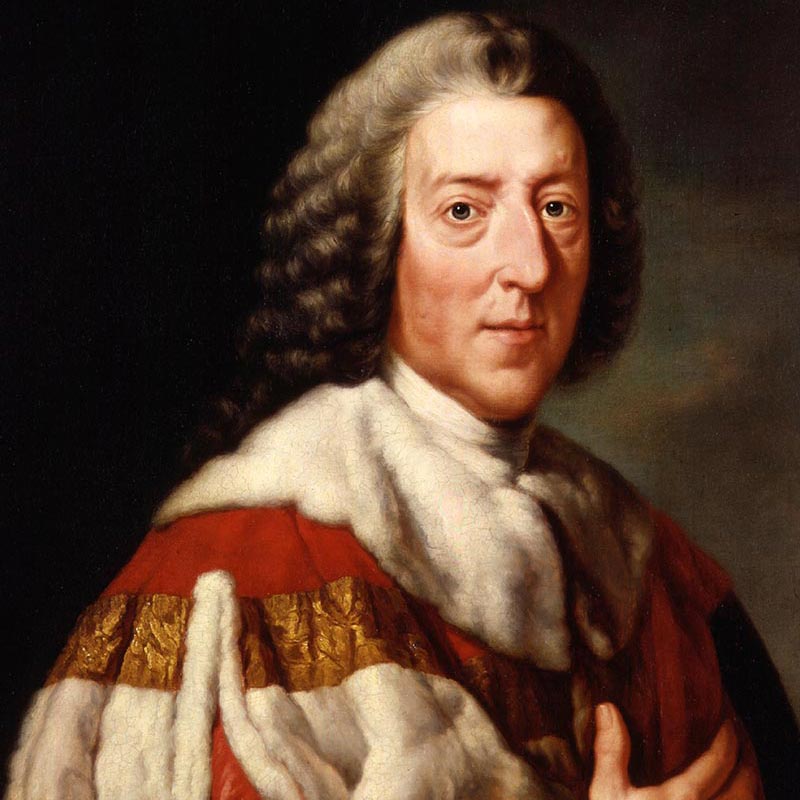 He replaced the North American command with three veteran colonels fighting in Europe and jumped them up to General to lead Britain to victory in Canada. Young James Wolfe (31), “despite being a thin, chinless, sickly man with a fondness for poetry” led the army to victory over the French at Quebec, where he was killed in his hour of triumph, in 1759, sealing the fate of the enemy, though the war lasted several more years. Pitt committed more than 25,000 men to the war in the Americas and almost bankrupted the nation, but he brought home a decisive military and diplomatic victory. 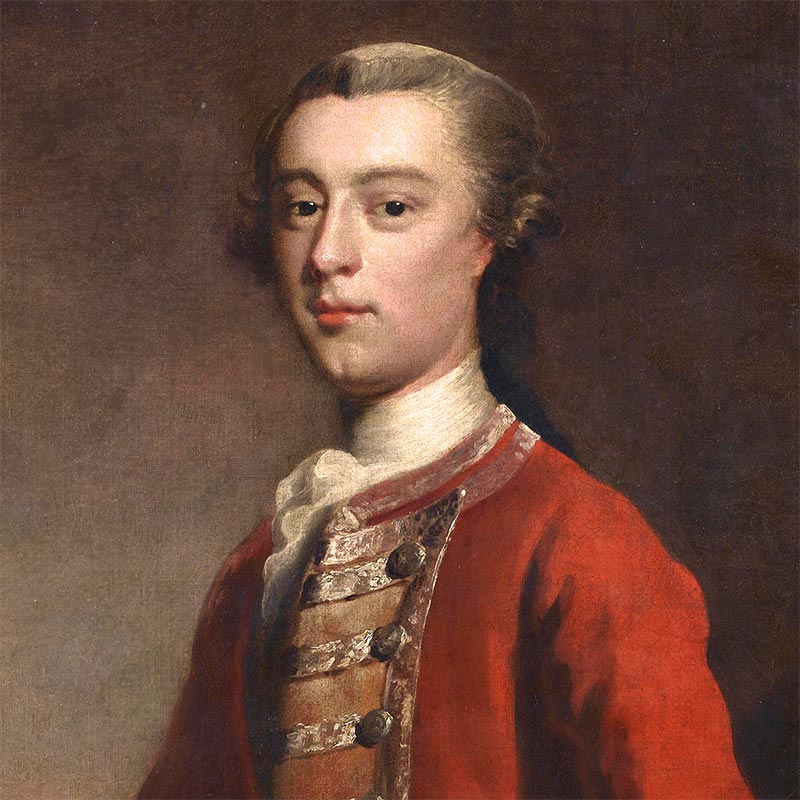 The Treaty of Paris was signed on February 10, 1763. It ended a monumental war, doubling the size of the British Empire and “sweeping France from the mainland of North America.” Besides Canada, England got Florida and everything France had claimed east of the Mississippi River. Spain picked up New Orleans and western Florida. Within twenty years, the long-suffering colonial Americans would be independent nations, and by 1814, England would be ensconced only in Canada, peering over their southern border musing on the fallout from their overwhelming triumph of the French and Indian War. 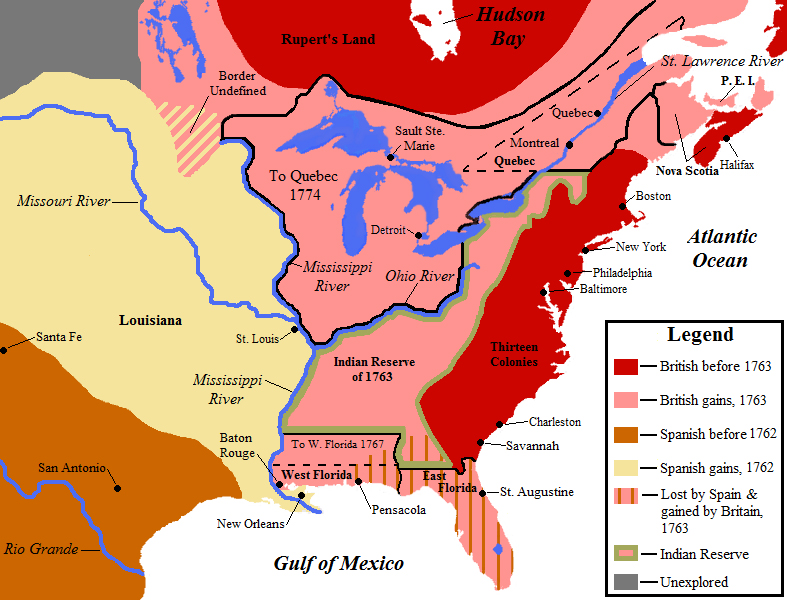