The British Surrender at Saratoga, 1777

The British Surrender at Saratoga,
October 17, 1777

istorians look back into history to find an event that tipped a war in the favor of one side or the other, and when they believe they’ve identified that moment, they tend to call it the “turning point of the war.” Hence, we hear about Gettysburg or Vicksburg in those terms, or Midway in WWII. A consensus has developed over the years to call the Battles at Saratoga, New York, the major turning point of the War for American Independence. The American general that brought about that victory was one of the best produced in the war, Benedict Arnold. 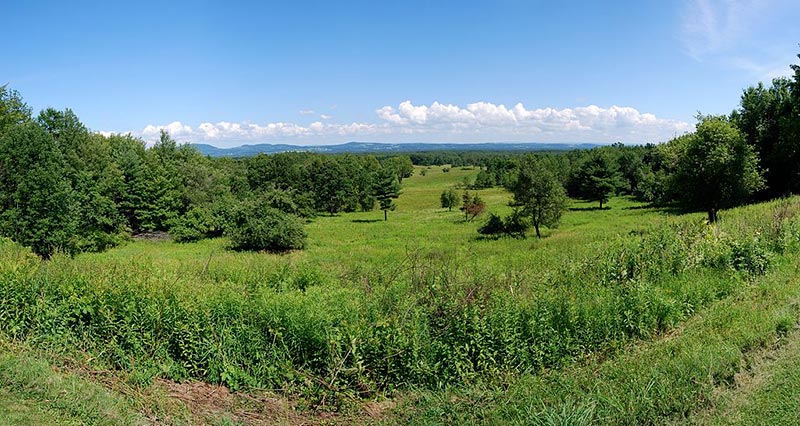 The War had already dragged on beyond the experts’ forecasts. 1776 and early 1777 had brought many American defeats and a few victories, but no real end in sight. The British held the ground they stood on and that was about all. Washington’s army remained in the field and other forces in New York and the South awaited the next move by the British forces. An ambitious plan was hatched to divide New York Colony (now calling itself a State) by the conjoining of three red-coat armies to isolate New England, secure New York and the Hudson River Valley, and watch Washington’s army wither in scattered departments in Pennsylvania and New Jersey. 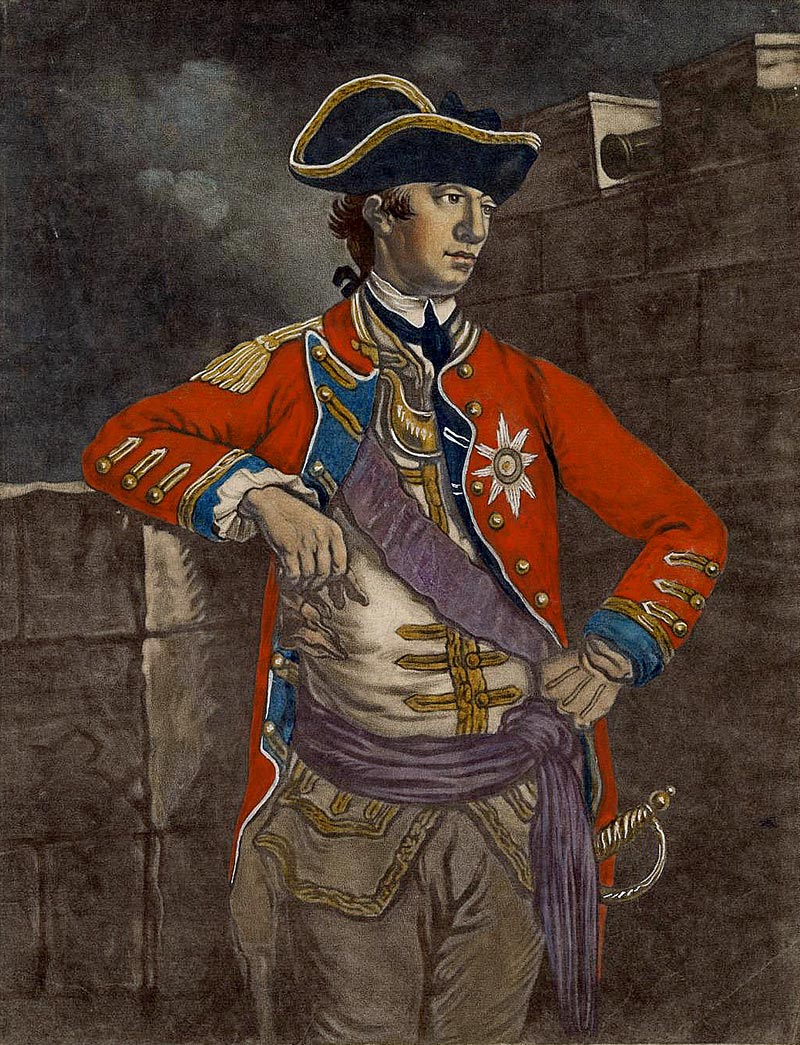 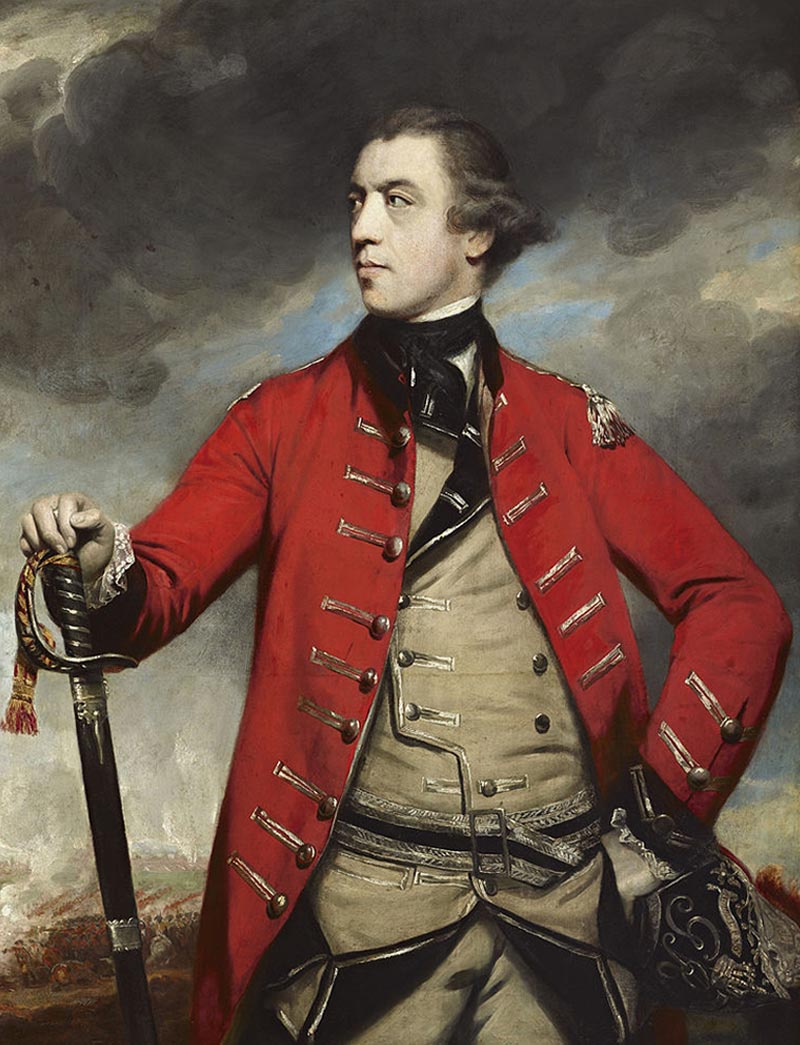 The campaign began in June of 1777 when General Barry St. Legar was tasked with invading western New York from Canada, following the Mohawk River into the interior. General William Howe would leave his cozy billets in New York City and move up the Hudson, taking out American strongholds like West Point, while General “Gentleman Johnny” Burgoyne would march from Quebec into the regions of the northern Hudson River region to link up and capture Albany. The ambitious campaign foundered from the first.

General Howe decided he would prefer to seize Philadelphia, and embarked on a campaign to capture the rebel capital, instead of joining his erstwhile subordinates in long marches into the wilderness of New York, preferring the comforts and advantages to which he had become accustomed. St. Legar’s command of 700 Loyalists and Regulars and 800 Indians—mostly Senecas—laid siege to the American Fort Stanwix, defended by militia from New York and Massachusetts, for about twenty days, without success. Skirmishes occurred daily, but in the end, the British commander withdrew, never linking up with Burgoyne’s forces. 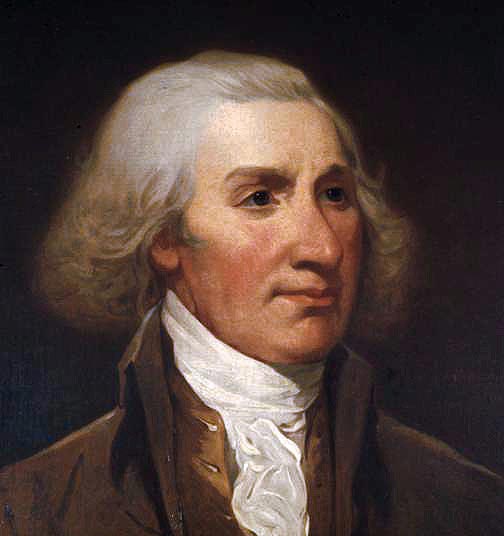 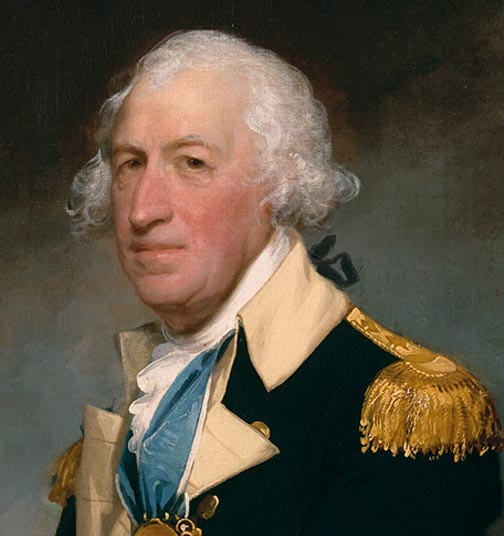 Burgoyne, unaware of the extent of the perfidy and lack of perseverance of his confederates, continued his campaign into August and September, fully confident of success. He recaptured Fort Ticonderoga in early July and reoccupied Fort Edward. The American army slowly retreated westward into New York, led by Phillip Schuyler and then Horatio Gates, a Congressional favorite. George Washington, although having to deal with Howe’s formidable forces, sent his best fighting general, Benedict Arnold, to help Gates as well as forces under Benjamin Lincoln, a favorite with New Englanders, and five hundred riflemen under the Virginia commando and all around tough guy, Daniel Morgan. Washington’s decisions would prove decisive in the comeuppance of Burgoyne. 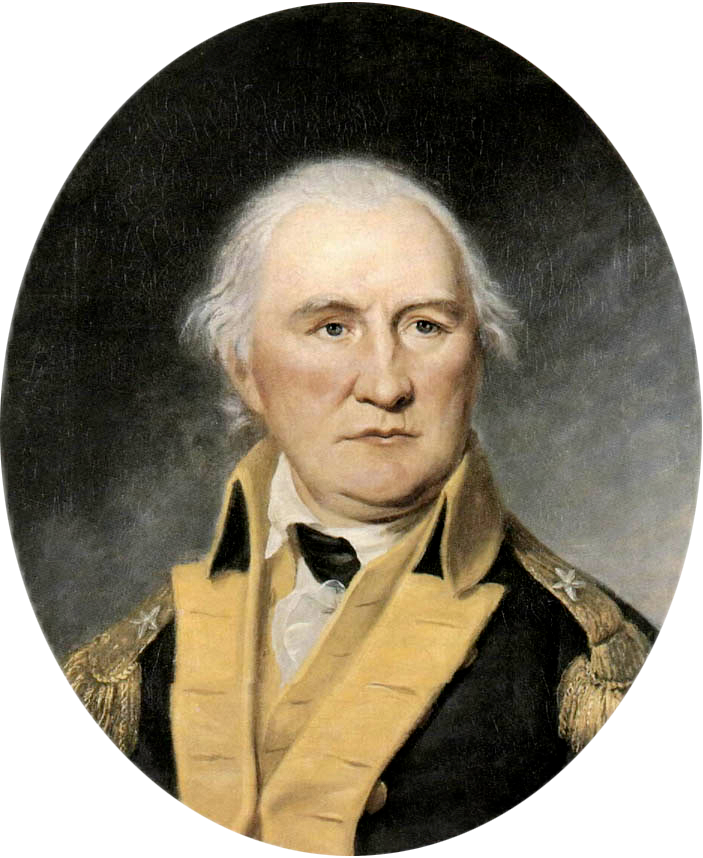 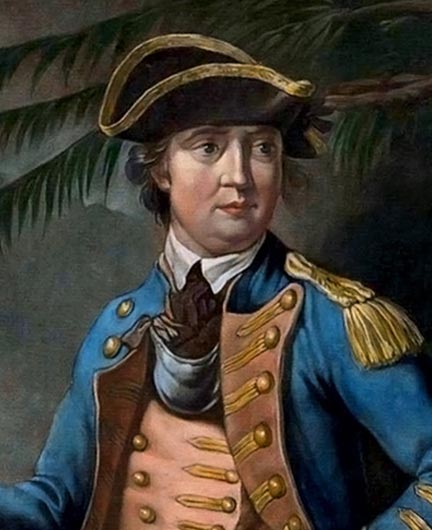 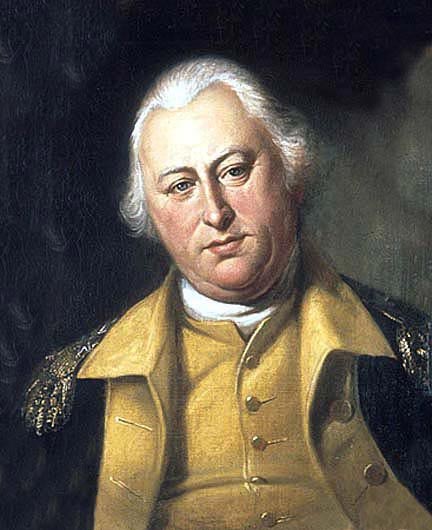 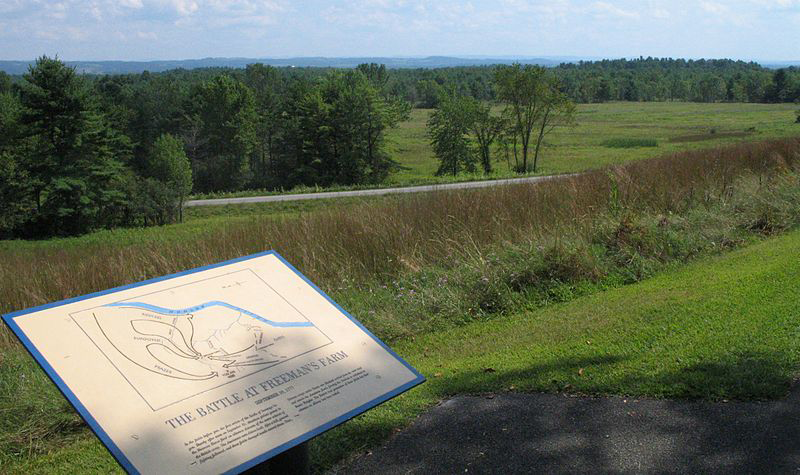 Freeman’s Farm of the Saratoga Battlefield, as it appears today

The climax of the campaign came in a series of engagements: September 19th at Freeman’s Farm, October 7 at Bemis Heights, and the final surrounding of Burgoyne’s army at Saratoga on October 9. At Freeman’s Farm, the Virginians under Morgan picked off almost all the officers of the foremost regiment with their long-range rifles. In the fight that ensued, Burgoyne suffered more than six hundred casualties; the Americans about half that many. All the men and officers of the American forces that day credited Benedict Arnold with leading them to victory. General Gates, who remained far from the field, hated Arnold and took all the credit for himself, getting in a shouting match with Arnold and removing him from command. 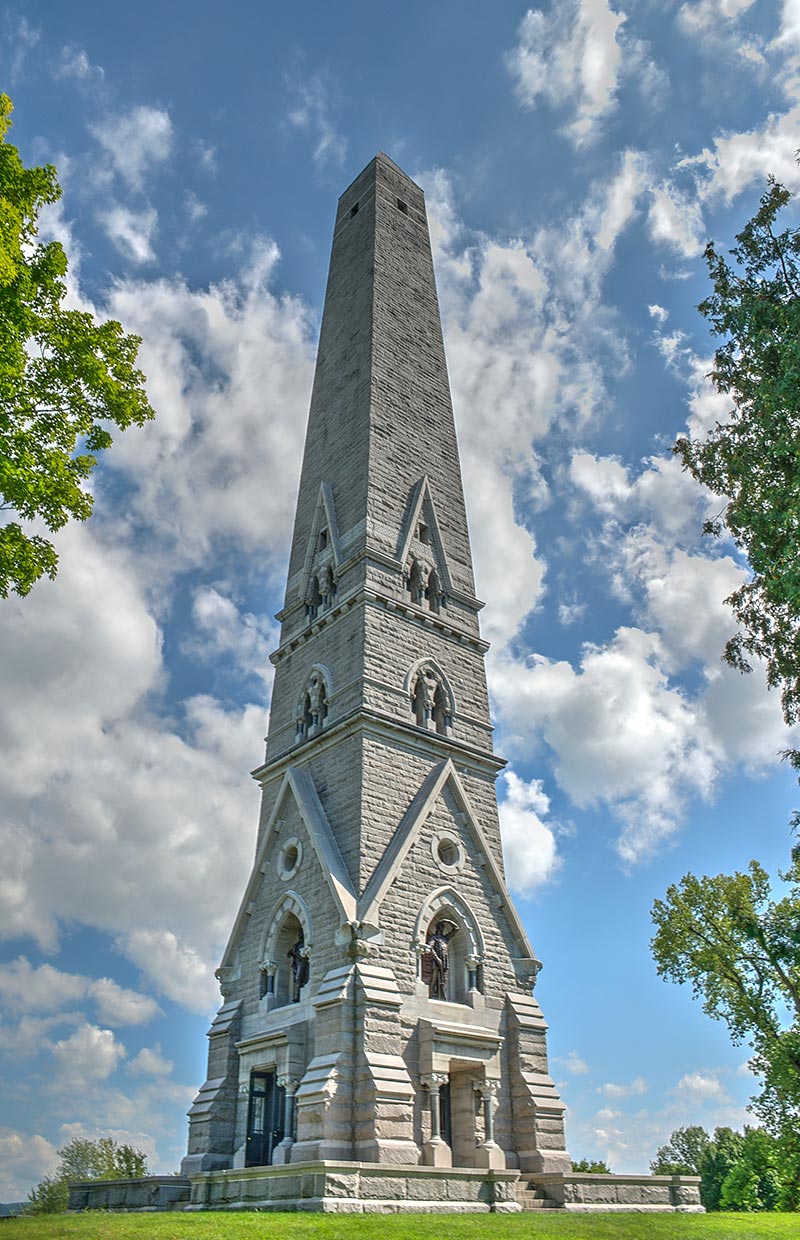 By October, the British were low on ammunition and supplies and down to about 5,000 fighting men. Gates now had 12,000 and was in a good position to finish off Burgoyne. At Bemis Heights, the two sides fought a ferocious engagement in which Arnold, against orders, returned to the field and led the charge that captured the main British redoubt and finished the fight. He was wounded and his horse killed in the attack. He later said he wished he had been killed and would then have been a martyr to the cause. 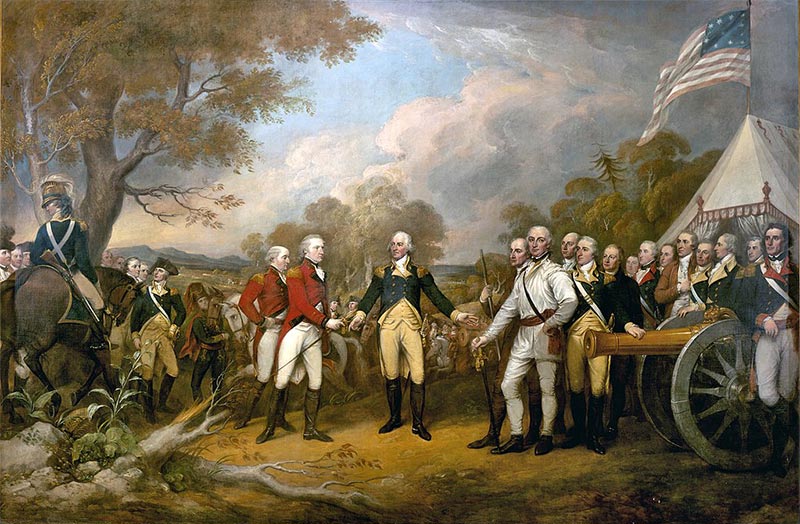 The October 17, 1777 surrender of the British General John Burgoyne at Saratoga

On October 17, Burgoyne surrendered his entire army. Gates gave them the “honors of war” and agreed to allow them to sail for home. He was overridden by Congress and the British army was incarcerated for the war. Congress declared the first national Day of Thanksgiving and Prayer and rewarded Gates with further commands and accolades. Gates saw to it that upon Arnold’s recovery from his wounds, no credit would accrue to him, although Washington gave Arnold the choice of postings. He took West Point, which he attempted to sell out to the enemy and went over to their side, becoming one of the great traitors of American history. His glorious success at Saratoga is memorialized in a monument with just his boot visible, exposing the part of his anatomy that shed blood for independence. 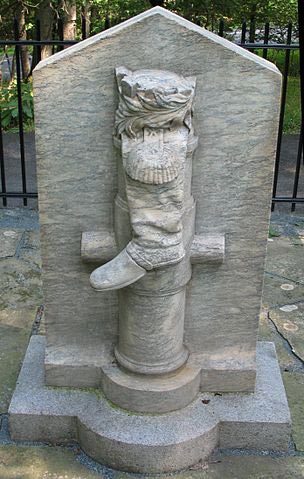 A monument on the Saratoga Battlefield, commemorating the wounding in the foot of Benedict Arnold