“And he changeth the times and the seasons: he removeth kings, and setteth up kings: he giveth wisdom unto the wise, and knowledge to them that know understanding.” —Daniel 2:21

reat men and women of history come in all sizes and shapes, social classes, and countries. France has produced Charlemagne, Joan of Arc, Napoleon, and many others. However, you would be hard-pressed to exceed the brilliance or importance of Antoine-Laurent Lavoisier, one of the greatest chemists who ever lived, and whose work in the gunpowder industry, by an unusual providence, enabled the American colonists to fight a successful war of secession from Great Britain. 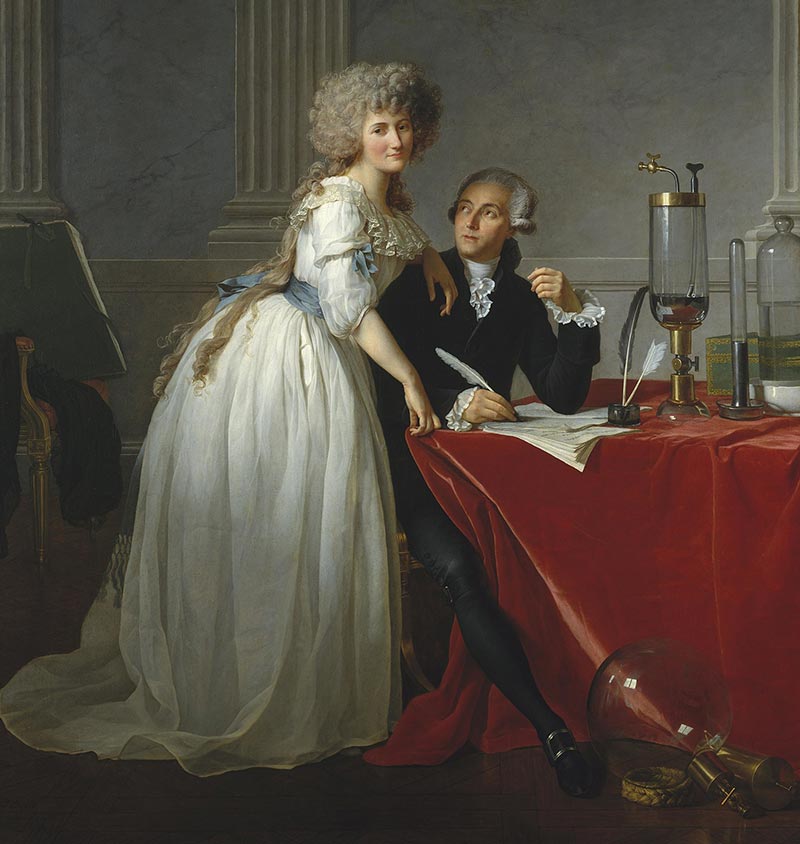 Antoine-Laurent de Lavoisier (1743-1794) with his wife, Marie-Anne Pierrette Paulze Lavoisier (1758-1836) who was a constant companion and invaluable aid to her husband

Lavoisier was born to a wealthy noble family of Paris on August 26, 1743. His father served as an attorney at the Parlement of Paris, and provided his son the best education available in the capital. Although he eventually earned a law degree, the introduction Antoine received to chemistry, botany, astronomy, mathematics and biology inspired a life-long love of those disciplines. Lavoisier proved a genius of the first water, as well as a humanitarian and patriot devoted to improving the lot of the urban population. He used his own, not inconsiderable fortune, developing practical ways to apply chemical and mathematical theories. King Louis XVI recognized Lavoisier’s unique value to France and awarded him a gold medal and appointed him to the French Academy of Sciences. 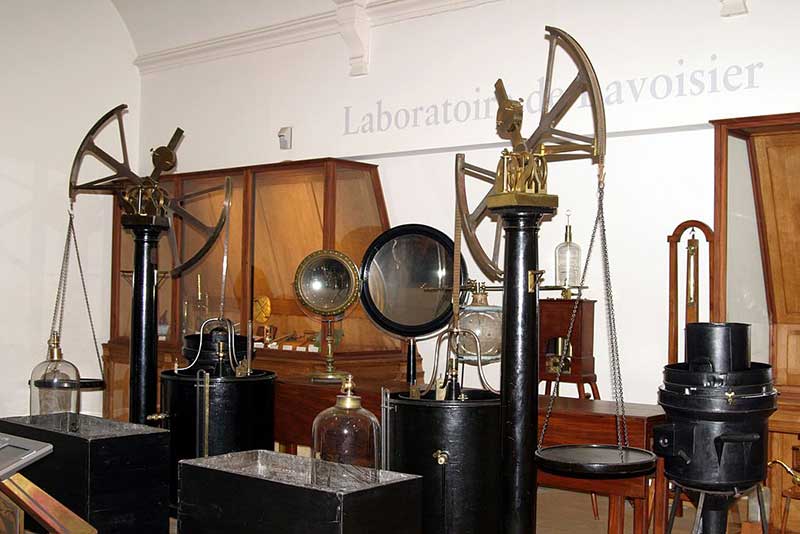 A museum recreation of Lavoisier’s laboratory

In the course of his life, Lavoisier revolutionized chemistry through experimentation and invention. Among other accomplishments he discovered that combustion and respiration are caused by chemical reactions with what he called “oxygen.” He theorized about the existence of atoms, based on his discovery of the law of conservation of mass. Along with Robert Boyle and John Dalton, he contributed to the creation of the atomic chart or “periodic table.” His work to improve public health included proposals for water purification and better hygiene for prisoners, although his suggestions were often ignored. 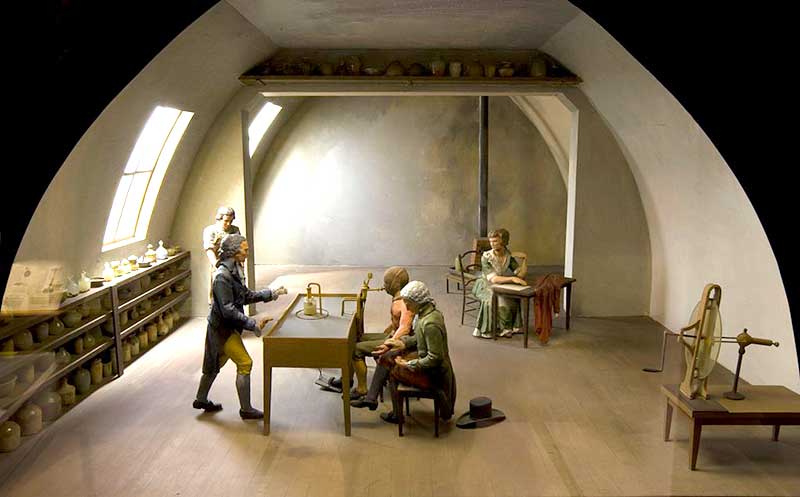 A diorama showing Lavoisier in his laboratory, conducting experiments in respiration. His wife can be seen seated at the table in the background, taking notes and sketches for him as she often did.

Twenty-year-old Louis XVI, in coming to the French throne in 1774, discovered to his dismay that gunpowder production, that mainstay of national survival, “was dangerously precarious.” The hopelessly archaic method of relying on a special guild of “salpetriers” only provided half of the amount needed for national defense and the rest was purchased from the Dutch, who charged sharp prices. The King appointed the nation’s most ingenious chemist, Antoine-Laurent Lavoisier, to head the new Government Gunpowder Administration. Lavoisier developed new ways to improve saltpeter production (the main ingredient in gunpowder), installed proper management techniques, discarded outmoded procedures and improved record-keeping. Within a year, France had met its own needs and enough to sell to the Americans. They had gone to war with England with a miniscule supply of gunpowder and an industry that could produce but a fraction of the need to keep General Washington’s army in the field. Long before France committed troops to aid the Americans, they exported tons of gunpowder, which saved the army. 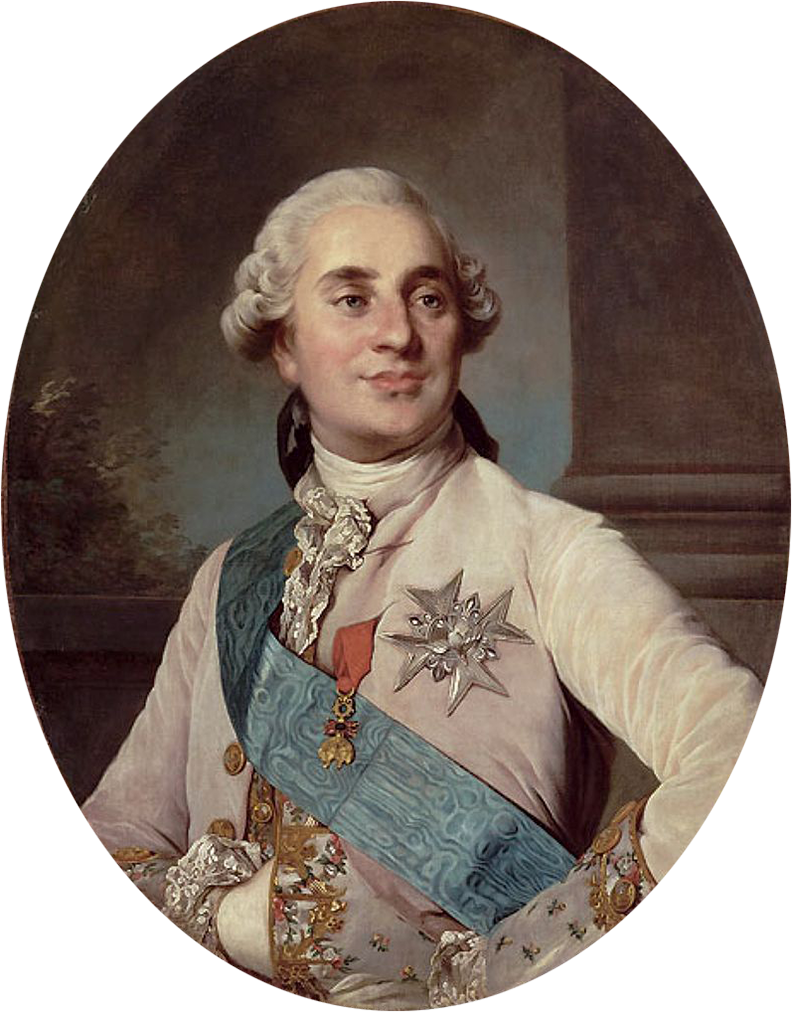 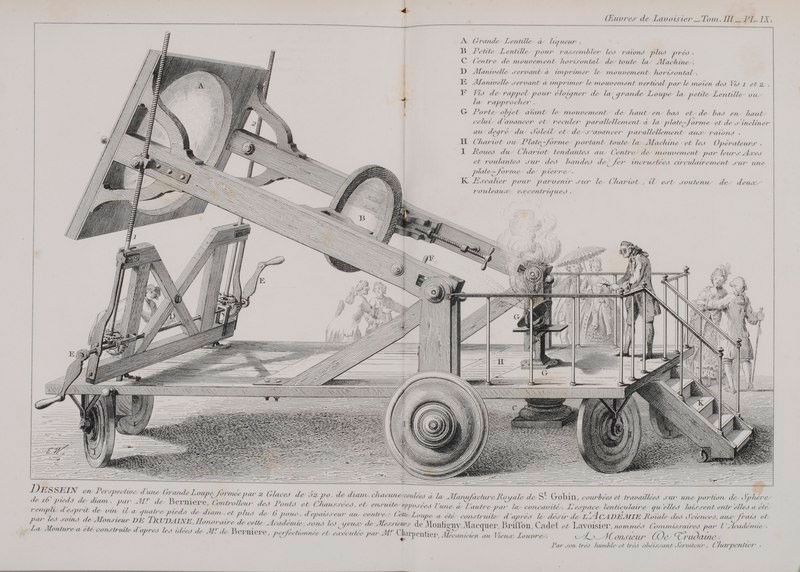 Lavoisier trained assistants in the manufacture of gunpowder, including Éleuthère du Pont, who immigrated to the United States in the early 19th Century. He established the DuPont powder mills along the Delaware River, and his sons and grandsons continued the business throughout that century, supplying the Union Army with most of the gunpowder in the American Civil War in the 1860s. He who notes providences, will have providences to note. 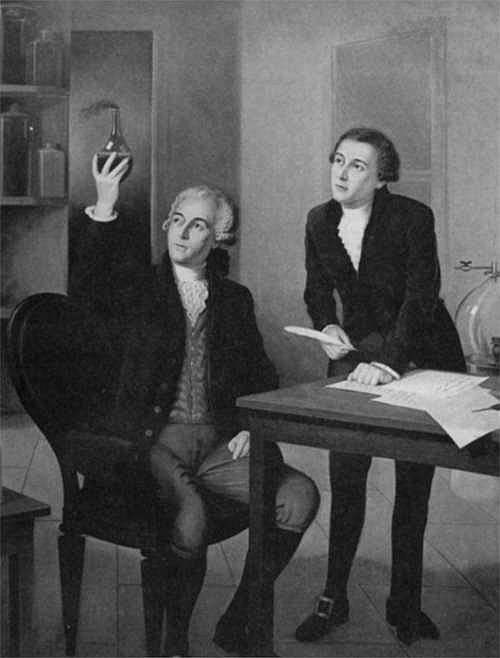 Lavoisier established a bureau of weights and measures for France and introduced the metric system. With the coming of the French Revolution, France’s greatest scientist was stripped of all his honors, removed from the Gunpowder Administration and bureau of weights and measures. Having been born of a noble family he was automatically guilty of being an enemy of the people, for all revolutions murder the best and most productive members of society in their mad dash to destroy the past and start history over again. Lavoisier was arrested and dragged before a revolutionary tribunal. Trumped up charges were leveled against him and he, as well as many of the men he had trained, were beheaded at the guillotine. Ironically, the lawyers and judges who convicted him and carried out his execution were themselves sent to the “national razor” three months later, with the same results. Revolutions consume their own children. 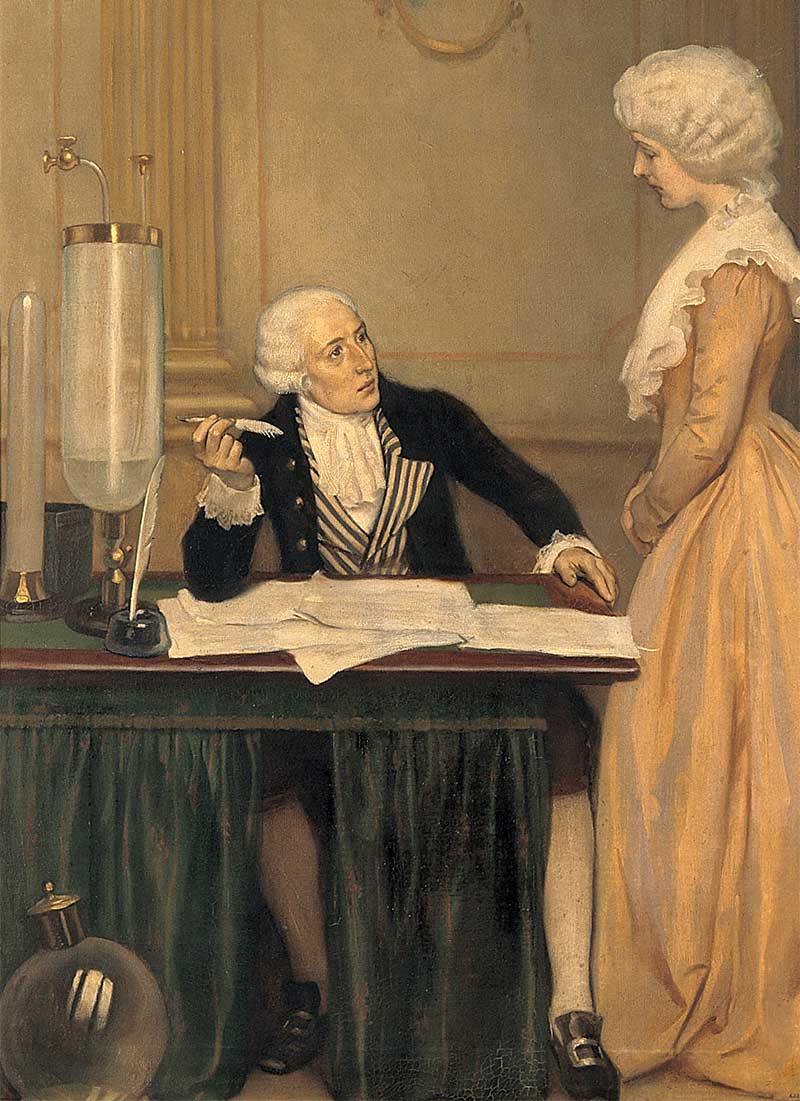 Lavoisier’s importance to science was expressed by mathematician and astronomer Joseph-Louis LaGrange: “It took them only an instant to cut off his head, and one hundred years might not suffice to reproduce his like.” A year and a half after his death, Lavoisier was completely exonerated by the new government. He is seen today as one of the most important scientists of history, and his timely appointment to reconstitute the gunpowder industry saved the fledgling United States.