“Whatsoever the LORD please, that did he in heaven, and in earth, in the seas, and all deep places.” —Psalm 135:6

od spoke to Job out of the whirlwind. He also referred to controlling the seas and all that is in them. Jesus himself commanded the weather and the seas as we find in the Gospels—He created them and controls His creation, to fulfill His purposes. In Scripture we also see God using “natural phenomena” like earthquakes, fire, lightning, rain, and tornadoes to bring judgement on people, to demonstrate His power, or to exercise His preserving Grace to His people. The Greeks invented several different gods to be in charge of those fearful occasions, which shows that man feels helpless before the power of God as Creator and sustainer of natural processes in history. And those providential events and phenomena have sometimes changed the course of history for a few people or many, from the Great Flood to the explosion of Mounts Vesuvius and Krakatoa to severe hurricanes or California wildfires. In modern times, in the United States, one of the most unforgettable and costliest forces of historic proportion came ashore along the Southern coast in 2005 and was named hurricane Katrina. 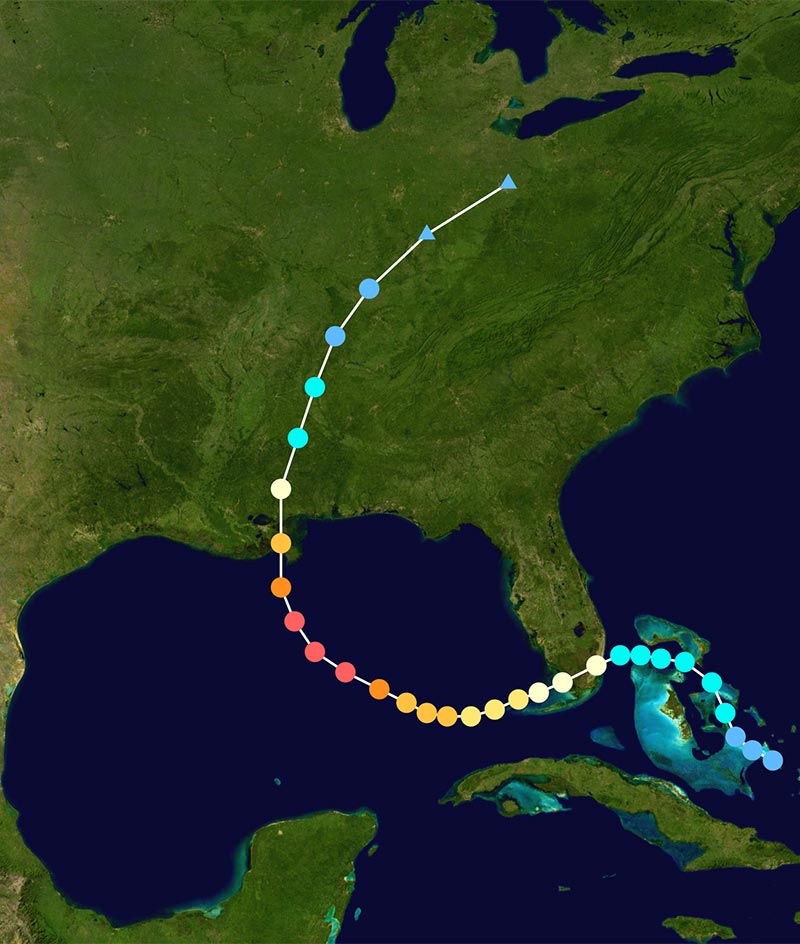 Map showing the track and varying strength of Hurricane Katrina

Radar animation of Hurricane Katrina’s landfall on the Gulf Coast

Hurricanes form over oceans when warm ocean water and moist, humid air in the region flows upward at a zone of low pressure. The water is released from the air creating the clouds of the storm. As it rises, the air in a hurricane rotates at a speed of at least sixty-four knots (about seventy-four miles per hour) and sometimes more than one hundred fifty mph. Most hurricanes are spawned from winds moving west from Africa which then build up in the Atlantic Ocean. Hurricanes are not unknown in the Pacific Ocean, but the water there tends to be colder and thus less conducive to the conditions for hurricane creation. 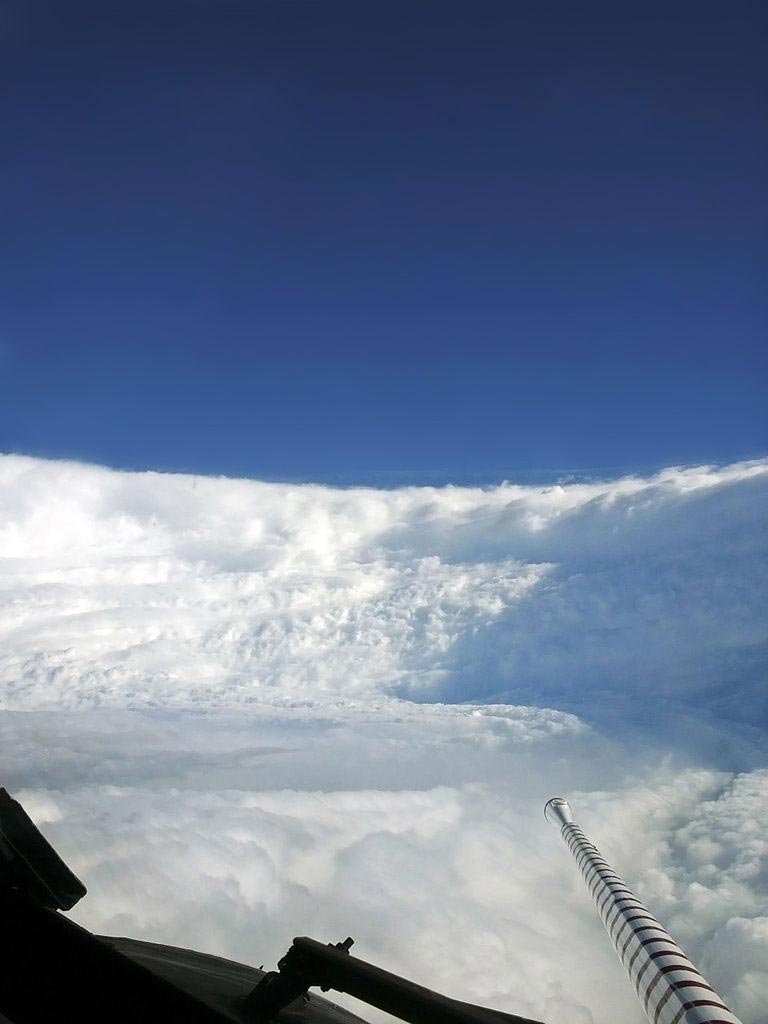 An aerial view of the eye of Katrina, before landfall 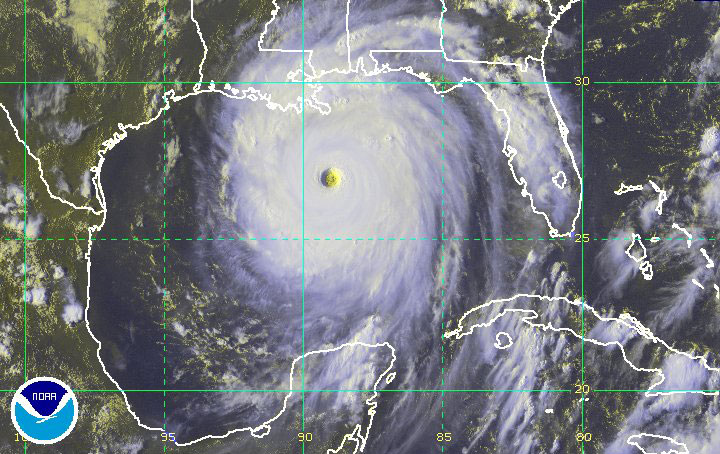 Hurricane Katrina on August 28, the day before landfall

Katrina followed the typical process of hurricanes. It began as “tropical depression twelve” over the Bahamas on August 23, strengthened to Tropical Storm Katrina the following day, and made landfall over Florida as a hurricane on August 25. It entered the Gulf of Mexico and quickly picked up speed and power, doubling in size. It achieved Category 5 hurricane status with sustained winds of 175 mph after nine hours, and hurtled toward the southern coast of the United States. The eye reached landfall again on August 29 in Louisiana, just south of New Orleans, having been downgraded to Category 3. The effect of Katrina, however, had no downgrade in effects compared to previous storms. 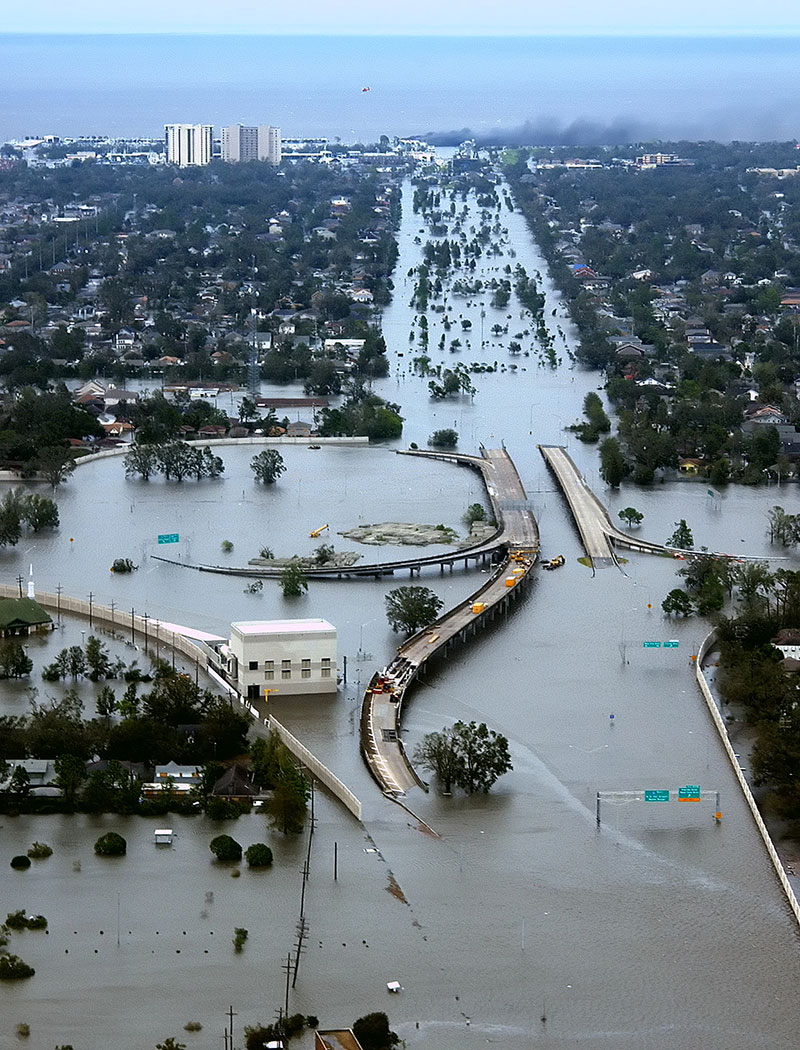 Because of the sophisticated array of predictive technology operated by the federal and state governments, the predicted trajectory indicated possible devastating effects on southern Louisiana, Mississippi and Alabama. The governor of Louisiana requested federal aid to evacuate fourteen parishes and the City of New Orleans. The National Hurricane Center began issuing warnings on August 27, upgrading the danger over the next two days. The mayor of New Orleans ordered the first ever full city evacuation at 10:00 A.M. August 27. It was too late. 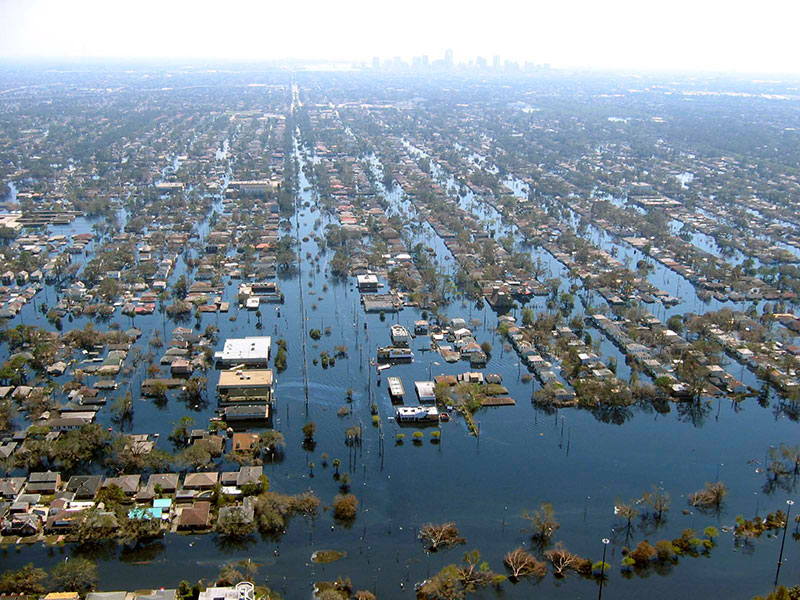 On August 29, the storm surge caused fifty-three breeches of flood protection structures like floodwalls, levees, sandbag revetments, etc. More than 80% of the City of New Orleans drowned under flood waters. Hundreds of thousands had gotten away safely, but at least 60,000—mostly among the urban poor who had no transportation—remained stranded in the city to face the brunt of the storm. About 1,200 of them died in Louisiana, a number of bodies never found. Total number of fatalities from the storm exceeded 1,800, which includes the Gulf Coast of Mississippi and places inland as the hurricane continued its path through those states and into Tennessee, Kentucky, and other areas. In material destruction, more than 125 billion dollars in damage and loss made Katrina the costliest storm in history. More than a million people were displaced, many settling later in Texas, Arkansas, and other states, never returning to the New Orleans area. 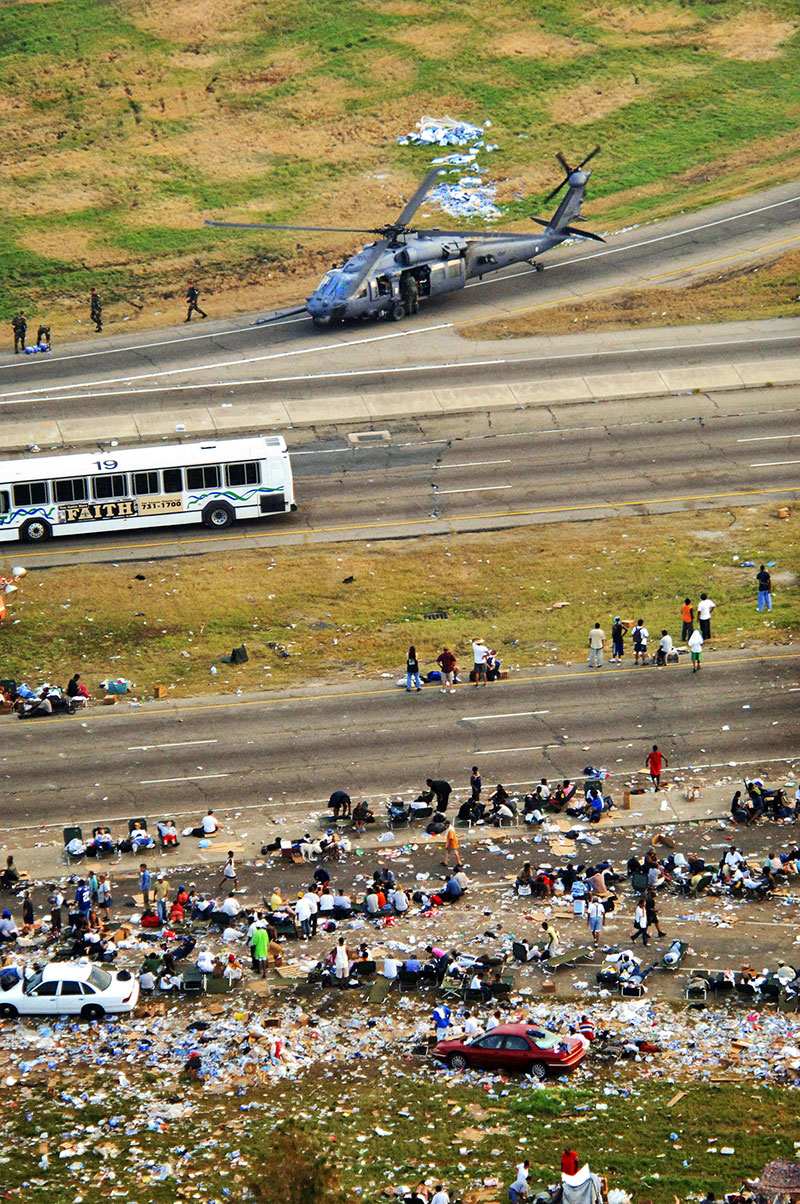 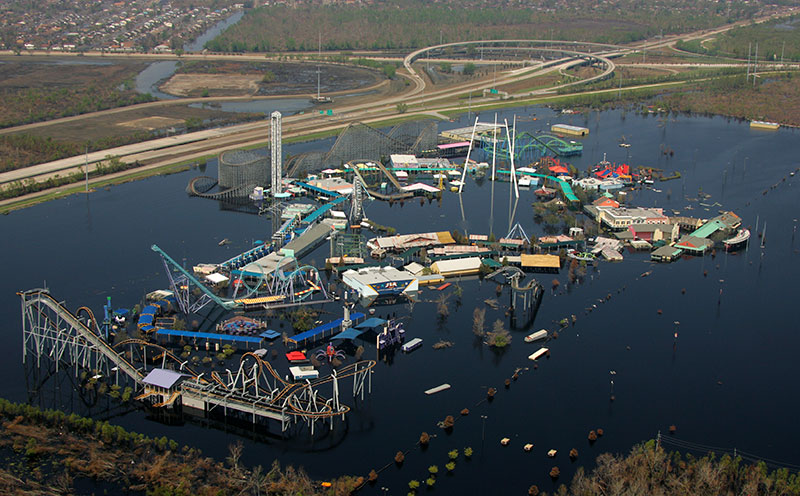 Many stories of heroic rescues and tragic failures were later recorded, along with all sorts of myths and rumors that attended the chaos and tragedy of the events. Recriminations and blame for the failure of the levees, the public transportation disaster, and inadequate law enforcement filled the media for months and years following the disaster. Some preachers claiming to know the mind of God declared with certitude the reasons for the tragedy, while many more Christians dropped everything in their lives to help the needy who suffered, praying for God’s mercy and compassion. 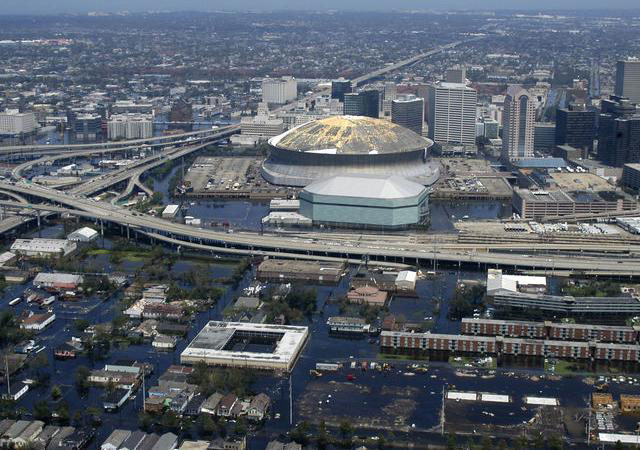 Downtown New Orleans, with the Superdome at the center. As a site for evacuees and those needing assistance, the notorious Superdome became a hotbed of chaos, crime and further disaster.

The providences of God’s secretive will are inscrutable, especially noteworthy in times of tragedy. What is not inscrutable, however, is God’s revealed will for believers to show compassion to the hungry and thirsty, bind the wounds of the injured, and sacrifice for those in need.